You are here:
Home / Why Fire Emblem: Three Houses Is The Best JRPG Ever Made

Why Fire Emblem: Three Houses Is The Best JRPG Ever Made

There are endless amounts of great JRPGs out there, from the Final Fantasy games to Persona 5 to the Xenoblade Chronicles. But by far the best JRPG that I’ve come across has been Fire Emblem: Three Houses. With outstanding plot, characters, combat, and customizability, this game leaves very little to be desired.

Most of the Fire Emblem games have had decent plots, but the plot of Three Houses reigns superior. Complex philosophical topics are raised, and as the player, it’s difficult to figure out which side is in the right. All three of the house leaders desire a better world and are working towards paving that path, yet the conflict against each other is the focus of the game. Not only that, but you can play through all three paths, further enriching your perspective on the overall plot.

The issues that the leaders are trying to tackle to begin with are thought-provoking and interesting. Path of Radiance, in a way, tried to deal with some “real” issues throughout its plot (namely racism against the Laguz). It did okay, but its simple “racism is bad” theme does not compare to Three Houses’ discussion on the best way to achieve peace and the balance of power.

I’m not sure if you’ve played any of the older Fire Emblem games, but if you have, you would be able to see the dramatic improvement with the dialogue in Three Houses. There was way too many awkward and unnatural sounding dialogue within the older games that it would sometimes be distracting. In Three Houses, all the conversations flow and are rich with personality and information that drives either the plot or other relationships.

It Isn’t Too Easy

A consistent complaint about the Fire Emblem games have been that they’re too easy for the player to complete, even on hard mode. When Three Houses first came out, it had the exact same issue—debatably worse. However, a “maddening” mode was added to the game, and no one has complained that it is too easy since. Maddening, in combination with classic mode where your characters die permanently, is certainly difficult enough to be a challenge for all players. 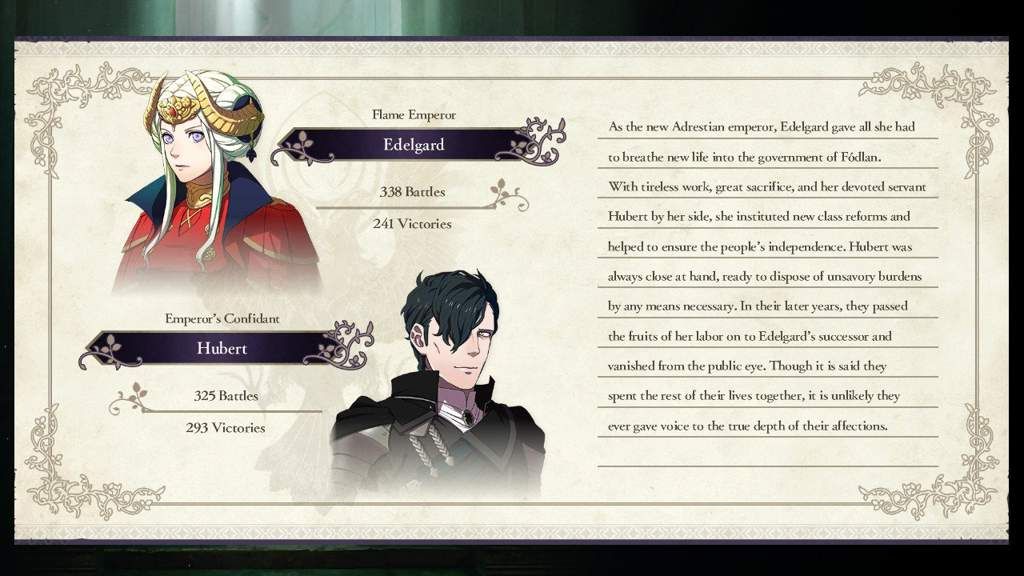 Characters And Relationships With Depth

One of the parts of this game that I was most impressed with was the individuality and depth of the characters. I fully expected many of them to be similar, just with different dialogue, or maybe slight differences in specific words or phrases they use. However, every single character in the game had a personality of their own—so much so that they started to feel like friends rather than characters in a game to me. Not only that, but the support conversations are filled with enriching background stories and information, in addition to being entertaining. And unlike past Fire Emblem games, you can choose which characters to pair together, and they will end up together in the epilogue. You can also choose which character you, as the player, want to marry at the end of the game. So, there is nothing to be desired regarding friendships or relationships in three houses, with the single exception of it failing to allow for romantic relationships between men.

Three Houses is, of course, similar to all past Fire Emblem games with the grid-style, turn-based combat. However, since that alone was relatively simple, they’ve now added gambits and customization into the mix. You can assign gambits to each person on your team (their effectiveness varying, depending on the unit’s authority level), and strategically decide when to use these in battle. In addition to this, you can customize your team any way you want. You can have the same character be a sniper, a great knight, or a warlock, depending on how you instruct their learning during the weeks before battles. Furthermore, they added demonic beasts into this game, which are unlike any other enemies in the Fire Emblem series due to their shields and several health bars, making the combat new and exciting. 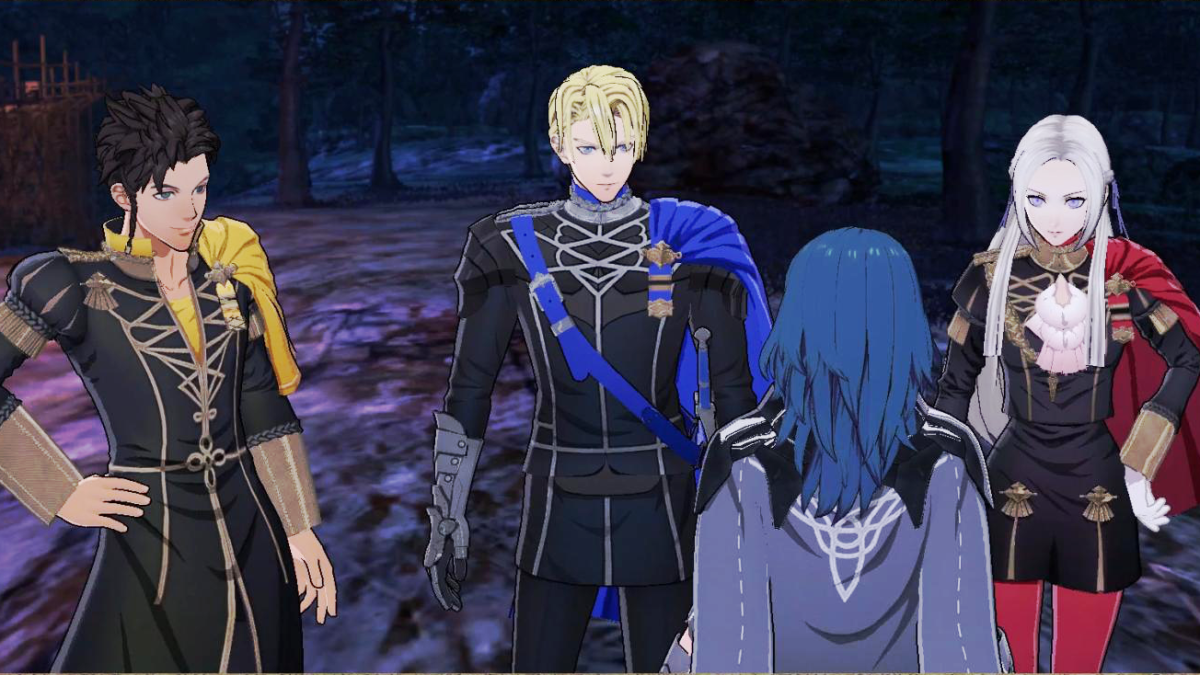 Freedom To Construct Your Team

After spending more than 1,000 hours on this game, I can assure you—it’s replayable. Considering there are different paths you can take each time you start the game again, you can change up the story when you decide to replay. Not only that, but since you can entirely customize your team, there are endless amounts of different teams you could run (such as the all-mage team I just finished the other day).

Fire Emblem: Three Houses knocks it out of the park by all my standards for JRPGs. There are only very minor improvements I could suggest, making it by far the best JRPG out there.

Next: Video Games Proven To Have Positive Effects On Depression 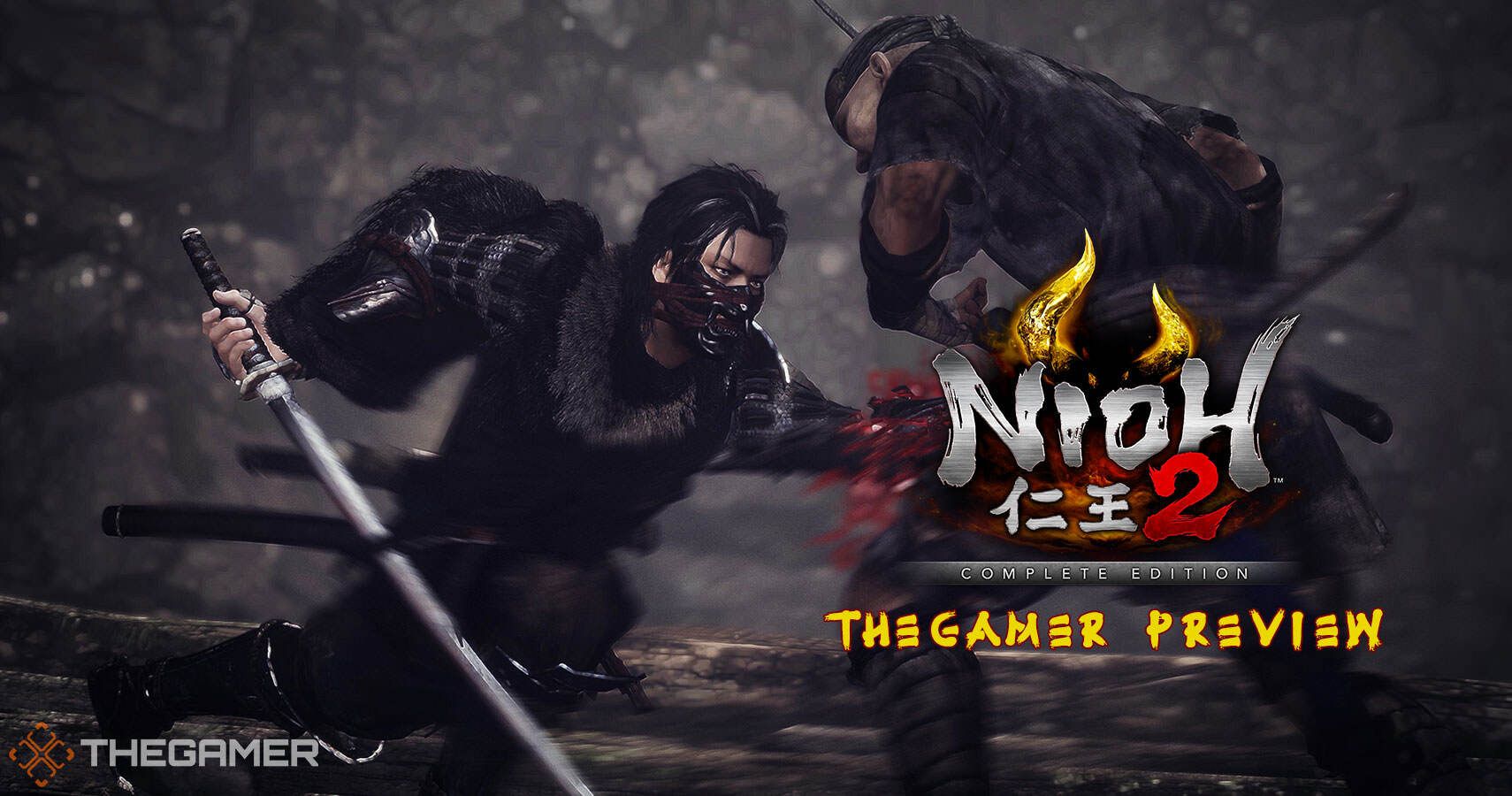