You are here:
Home / WandaVision Ending: A Spoiler-Filled Breakdown

After eight weeks, nine episodes, and lots of sitcom references, WandaVision finally came to an end this week. It was an ending that neatly closed off the storylines of the show, while also setting up Wanda’s path moving forwards. There was a lot crammed into the episode though, so let’s take a look at all of the big moments in the WandaVision finale.

As is common in the MCU, WandaVision culminated in a symmetrical battle between a hero and a villain with a similar power set used for different ends. Wanda and Agatha Harkness took to the skies for a magical battle, with Agatha using The Darkhold (for a full exploration of what The Darkhold is, check our guide on that) against Wanda.

In this battle, Wanda learned that she was controlling the town the whole time, something she was either genuinely unaware of or simply didn’t want to admit to herself. In the end, this caused Wanda to lift the barriers around Westview and set everyone free; although doing so only meant SHIELD could burst in… more on them a little further down.

During the battle, Wanda was able to get the drop on Agatha thanks to her teleportation powers. This is especially ironic since in the comics, Agatha is best known for her teleportation magic. We also see Wanda embrace her identity as the Scarlet Witch, taking Agatha back through her memories to the Salem Witch trials, and even wearing her comic book Scarlet Witch outfit; one much more polished than her hokey Halloween costume. 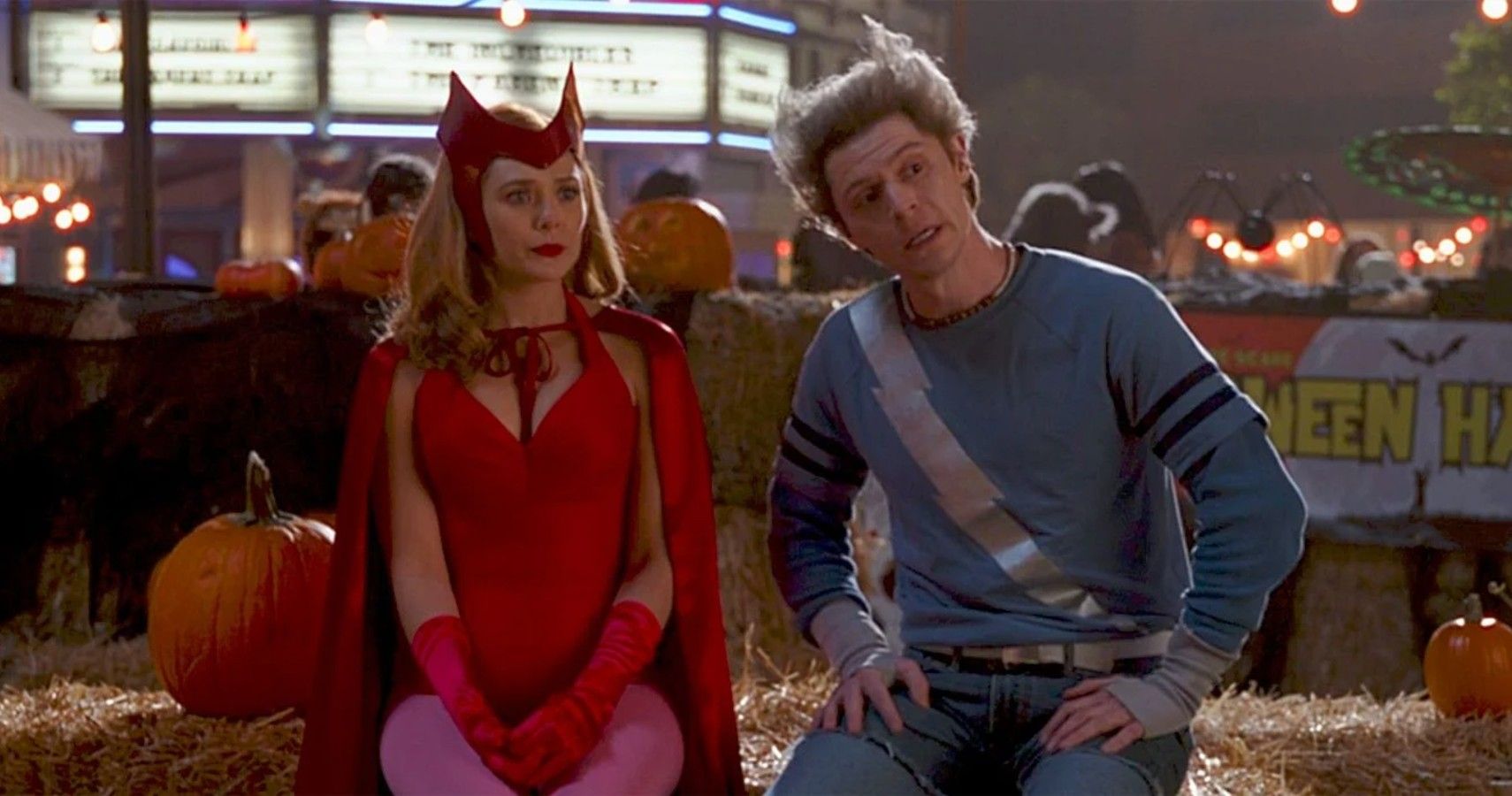 Eventually, Scarlet Witch defeats Agatha by placing runes in the sky, a trick she learned from Agatha herself. This is another slice of irony, since in the comics, Agatha is Wanda’s teacher, not her nemesis. After this, Scarlet Witch traps Agatha in her schmaltzy sitcom persona of Agnes, which feels like a fate worse than death, but at least means Agatha has a chance to return. That’s not all though, because WandaVision doesn’t just have one symmetrical battle, but two.

Paul Bettany had teased that WandaVision would see him team up with a legendary actor he’d always wanted to work with, and in the season finale, we found out who: himself. Bettany played both the Vision we’ve seen in the show so far, and the White Vision, as they fought it out in the Westview skies. The regular Vision was created entirely by Chaos Magic, while White Vision is made of Vision’s original body, but has no empathy or memories. White Vision initially tries to kill Wanda, before the other Vision stops him. 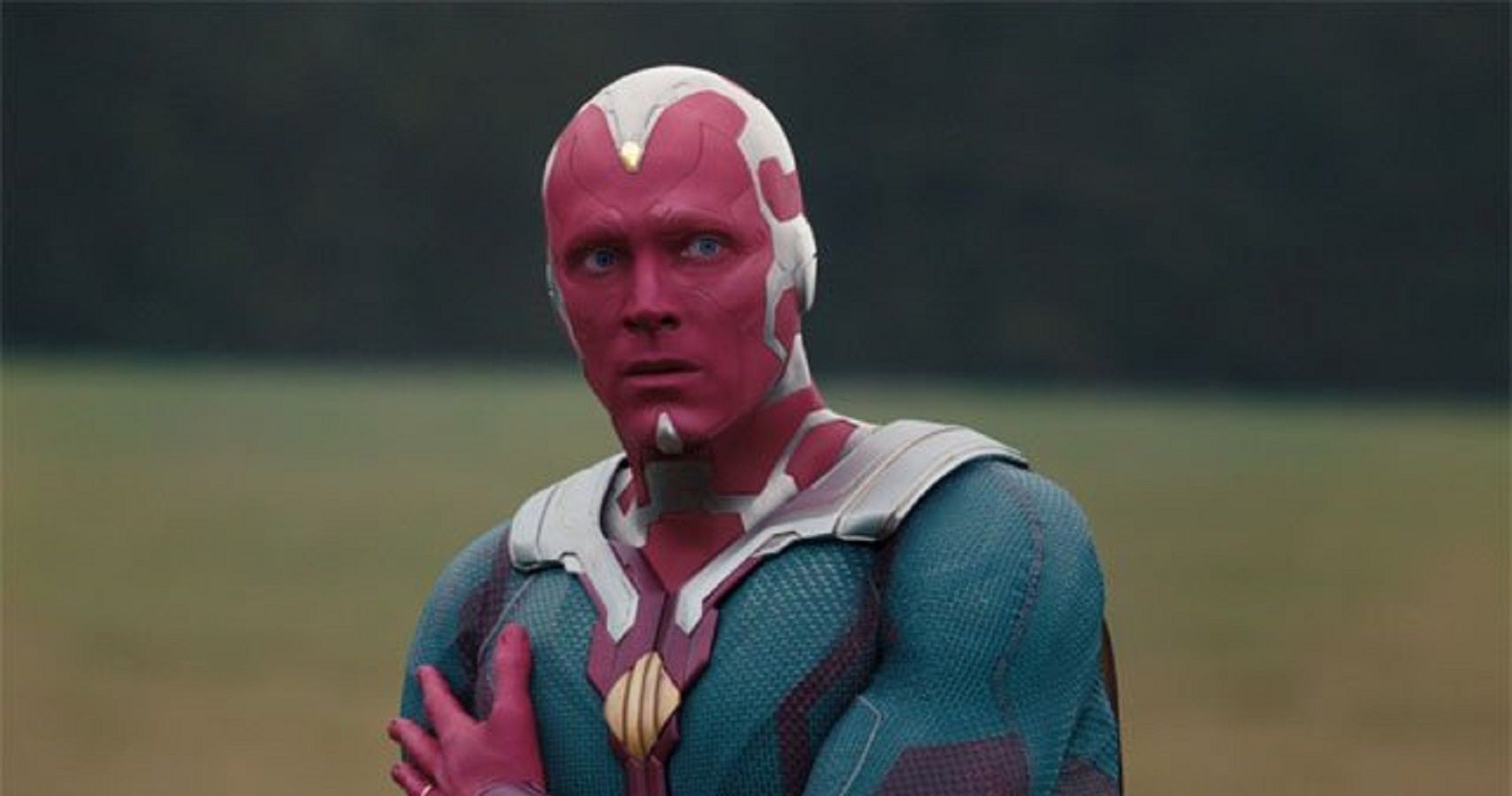 At the end of the episode, as Wanda relinquished control over Westview, Vision faded from existence, although he did so with the promise that they might one day meet again.

What Happened To Tommy And Billy?

Tommy and Billy weren’t ever truly real, they were fragments of Wanda’s magic made flesh, and so once she abandoned Westview, they faded away. This is similar to the comics, where Wanda’s children are fragments of Mephisto’s soul and are eventually consumed by him. In that story, Agatha (again, not a villain in the comics) wipes Wanda’s memory to spare her the trauma, and Wanda later has Billy and Tommy for real. You’d think then that there’s a chance the kids may come back in some form further down the line, just as there is with Vision.

Ralph has been mentioned throughout the series, as the offscreen husband of Agnes (who turned out to be Agatha). There was speculation that he was actually the big bad, and that he might even be Mephisto. However, it turned out he was Pietro, kind of. Evan Peters was introduced in WandaVision as Wanda’s brother, Pietro Maximoff. The thing is, Peters originally played Pietro in the Fox X-Men movies, which exist in an entirely different universe to the MCU. There was speculation that he had crossed over multiverses, that he was Loki in disguise, or… hundreds of other things. No one guessed that Pietro would be Ralph though.

What does it mean? Honestly, that’s unclear. Ralph was being controlled by a magical necklace, and it seems like Ralph is the real him, and Pietro was him under a spell. But was he Evan Peters simply to troll the audience into further speculation? To remind viewers that the X-Men are coming eventually? Or is there more to it? Ralph’s ending was abrupt, and Peters is a great actor, so hopefully we find out more soon. 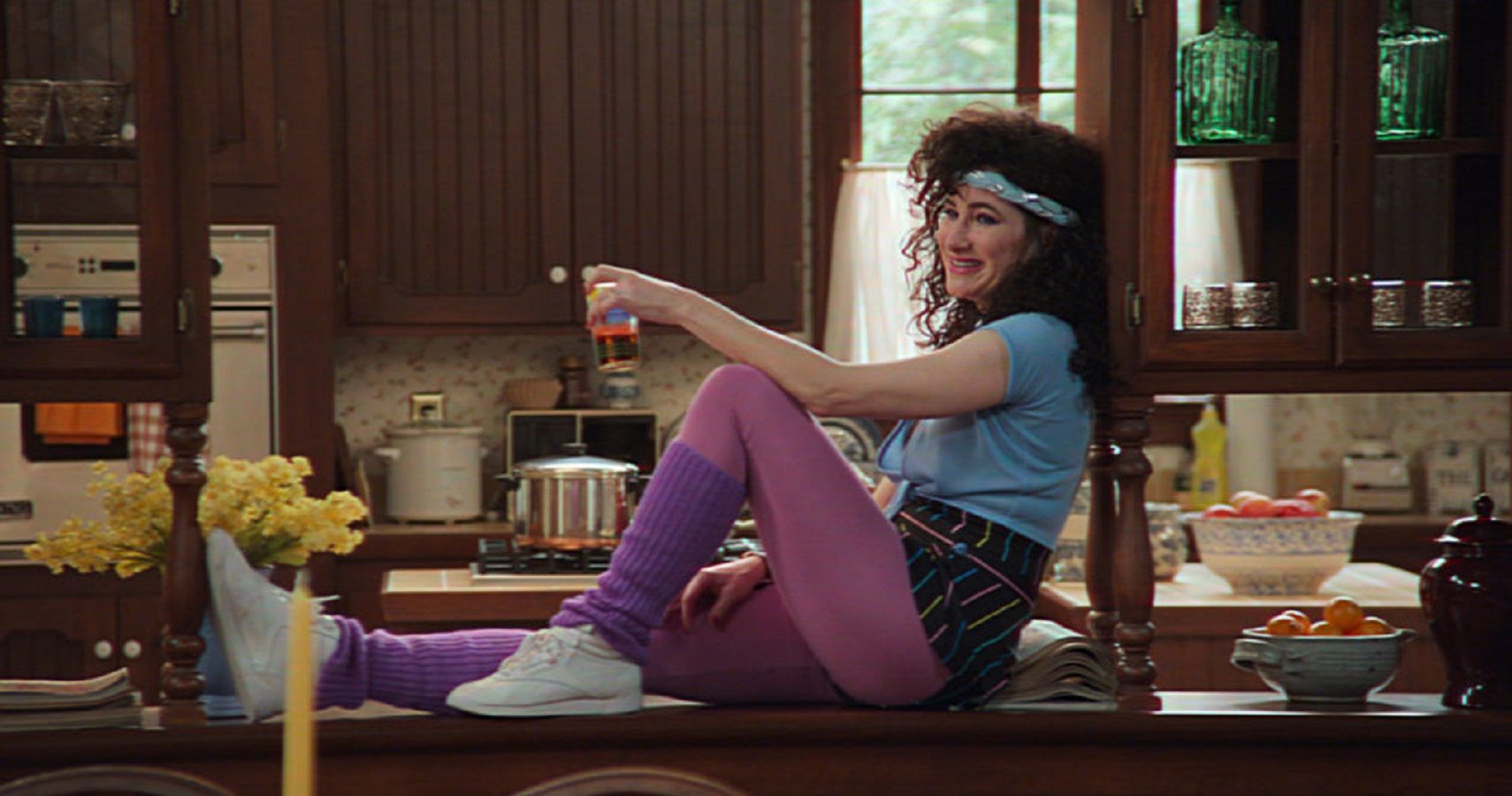 The season has been building to Photon ever since Monica Rambeau was formally introduced to us. We meet Monica in the ‘90s with Captain Marvel, where she’s just a kid. In the comics, she grows up and becomes Photon, one of the X-Men. In WandaVision, she’s not a mutant, but traveling back and forth through the Hex so many times does end up changing her body and making her Photon. In the comics, Photon has several powers, but what we saw in WandaVision was her super speed and energy absorption. She is able to keep up with Ralph, who regardless of who he is, still has Pietro’s speed, as well as rushing in between Hayward and Tommy & Billy. Then, while protecting them, she is shot several times, but is able to absorb the energy of the bullets and allow them to pass through her, leaving her unharmed and rendering the bullets harmless. We’ve only seen a taste of her powers, but she could be a major hitter for Marvel going forward. Expect her to feature heavily in Captain Marvel 2.

There isn’t much to say here, as I’m sure someone else from SHIELD or SWORD or wherever will provide the militaristic, bureaucratic obstacle for the Avengers again soon, but it’s nice to see that Hayward got his comeuppance. A much more interesting element of this arrest is that it paves the way for Jimmy Woo to step into even more spotlight, which will be welcomed by his many fans on TikTok.

What Comes Next After WandaVision?

If you mean for the MCU as a whole, then check out this complete rundown of everything Marvel has on the 2021 schedule. There’s something new for us practically every week this year, starting with a Making Of show around WandaVision next Friday.

However, if you mean for Wanda herself, that’s slightly harder to define. Wanda learned that she was essentially the villain of Westview this week, and that she had been keeping everyone trapped there to fulfill her sitcom fantasy. She also had to say goodbye to her sons and her husband, embracing the pain of the real world again. With Hayward arrested, it’s unclear if she’ll face any criminal charges, but she’ll certainly have to live with the consequences for a long time to come. Aside from any potential cameos, the next time we’ll see Wanda in the MCU is when she plays a major role in the upcoming Doctor Strange in The Multiverse of Madness, a movie which may include a return of the Darkhold.

Look, it’s just not Marvel if there’s not a post credit scene. That’s how we were introduced to White Vision last week, and this time it centred around Monica Rambeau. In it, we see that Monica knows the Skrulls, although that shouldn’t be a surprise given the events of Captain Marvel. This Skrull then points to the sky, and probably wasn’t suggesting Monica seek guidance from the Lord or talk to Spider-Man hanging from the ceiling. It probably refers to outer space, which may mean more Skrulls, or could still be hinting at the introduction of the Fantastic Four. 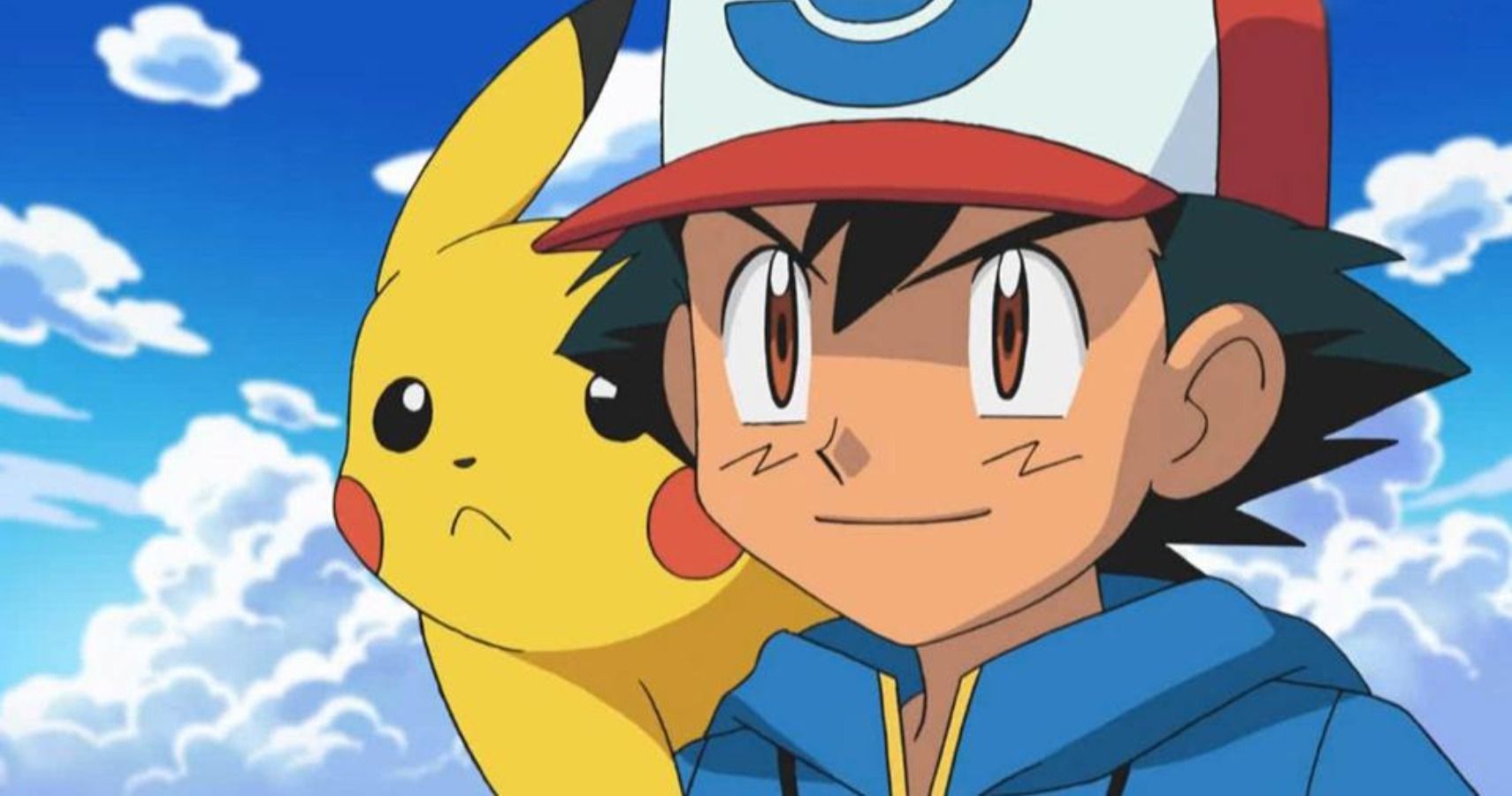