You are here:
Home / This Tomb Raider Game Is Still Lost (And May Never Be Found)

There’s a forgotten Tomb Raider game that’s no longer available to anyone. The Tomb Raider franchise has been going strong for over 20 years, with many hits and misses along the way. Unfortunately, one particular entry has completely disappeared.

Tomb Raider: Apocalypse was developed by Mind’s Eye productions exclusively for the Sky Gamestar division of communications giant, Sky. It was released in three episodes running from December 2002 until 2003, with each one costing $1. Viewers had to press the red button on their remote to access the game, and use the other buttons to control Lara Croft’s movement.

This game had the distinction of being the first 2D platformer in the franchise, with all previous versions, including the original, released as 3D platformers. The gameplay was similar to the original Prince of Persia, with Lara running sideways and running, jumping, crouching, and hanging from ledges to get past each stage. There were also the usual traps and enemies to overcome. Each episode had ten levels to complete and a training area. 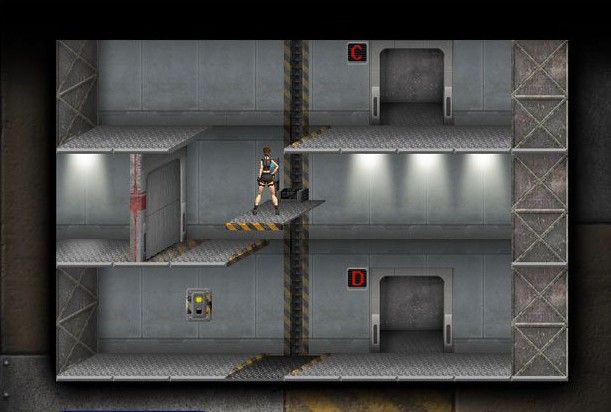 The game’s premise involved Lara searching for the ancient Eye of Osiris that allows communication between the earth and the spirit world and the key to everlasting life. As usual, she has to navigate through many obstacles, finding artifacts, solving puzzles, and finding hidden areas. The story arc continued throughout the series, but each episode had a unique location.

The first episode, The Eye of Osiris, was released in December 2002 and was set in ancient Egyptian temples. The second episode, The Shadow Falls, came out in June 2003 and continued the story. However, the setting had changed to a warehouse with armed guards and high-level security. The final installment, The Last Midnight, came out in December 2003 and took Lara to an underworld crypt with ghouls and a maze.

Sky Gamestar was shut down in January 2015. All the games it offered went with it, including Tomb Raider: Apocalypse. Since there are no physical copies of the game, there’s no way to access it. As things stand, the game has completely disappeared. The only way for it to make a comeback is if the developers decide to release it. After so many years, it seems very unlikely.

READ NEXT: Gaming Detail: Shadow of the Tomb Raider’s ending is a reference to the original