Genshin Impact, like many games of its ilk, places a large emphasis on elemental combat. While it evidently features the kind of swords and sorcery you’d expect from most traditional fantasy RPGs, it’s almost Avataresque in its depiction of the elements — and not just because of how many there are, but because of how seamlessly they can be integrated with one another.

Let me break down how Genshin Impact’s elemental system is structured: There are, to my knowledge, a very stupid amount of objects with which you can elementally interact. Each character on your roster has their own unique abilities — for example, my starter lad is able to shoot mini hurricanes from his fingertips, and can muster up a mean tornado every 10-15 seconds. 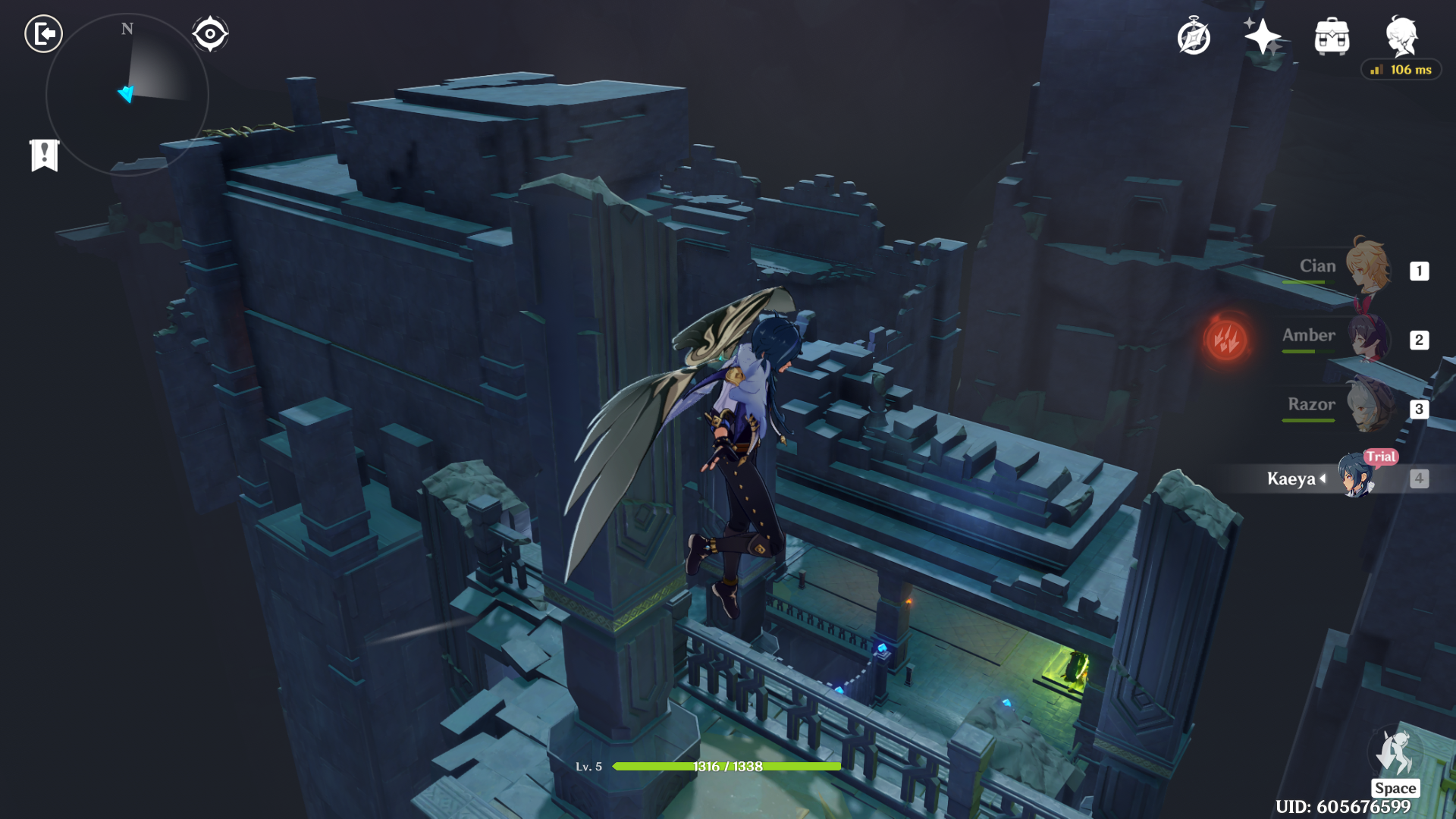 Meanwhile Kaeye, another character, has access to cryo magic. So, when two pesky hilichurls — sort of like especially ugly goblins — try to take a shortcut across a shallow pool of water on their way to fight me, I convert said water into ice, freezing them on the spot. It only takes a single button click and less than a second to swap to my main character, Wind-Man, and another split second after that to hoist these frozen baddies way up above the ground. No time at all seems to elapse before I’ve already switched to Amber, a knight equipped with fire arrows, and am busy wrapping the frozen, airborne enemies in a sweltering blaze that melts both the ice and their faces. All of this transpires in less than three seconds total, and is fairly easy to execute as far as mechanical skill goes. It has a lot more to do with cleverly planning around your environment than it does with actual accuracy, and is mostly defined by your ability to juggle multiple characters and cooldowns not just minute-to-minute, but split-second-to-split-second.

It’s worth noting that this is also quite a rudimentary example of how chaining abilities works. A more pointed look at these systems could tell you that a hilichurl with a shield is often far easier to beat than one without one, despite how logic might dictate such an encounter in other games. Because the shield is wooden, it is flammable — and so, when you lob a fire arrow at the shield, it properly catches fire. It doesn’t just disappear, as it might in other games — instead, the hilichurl actually has to try and remove the shield before it burns its arm off. And so this unfortunate little monster hops around like a kangaroo dealing with the unexpected loss of an ear, desperately trying to snag the clasp keeping its arm in the firm grasp of an untamable flame. This buys you several seconds where the hardest part of the fight is predicting the next little bunny hop — which, to be honest, isn’t very hard at all.

You can explode barrels, use wind to fling objects, freeze fire-spewing traps, construct alternate paths across water. But what makes this special is that you can do all of these things at the same time, simply by switching characters instantly and at will. Also, one of my guys can summon a big purple wolf ghost that operates as a sort of mystically feral mech. Swing your sword and Wolfy will claw-punch the same target, functioning in complete sync with your every movement. 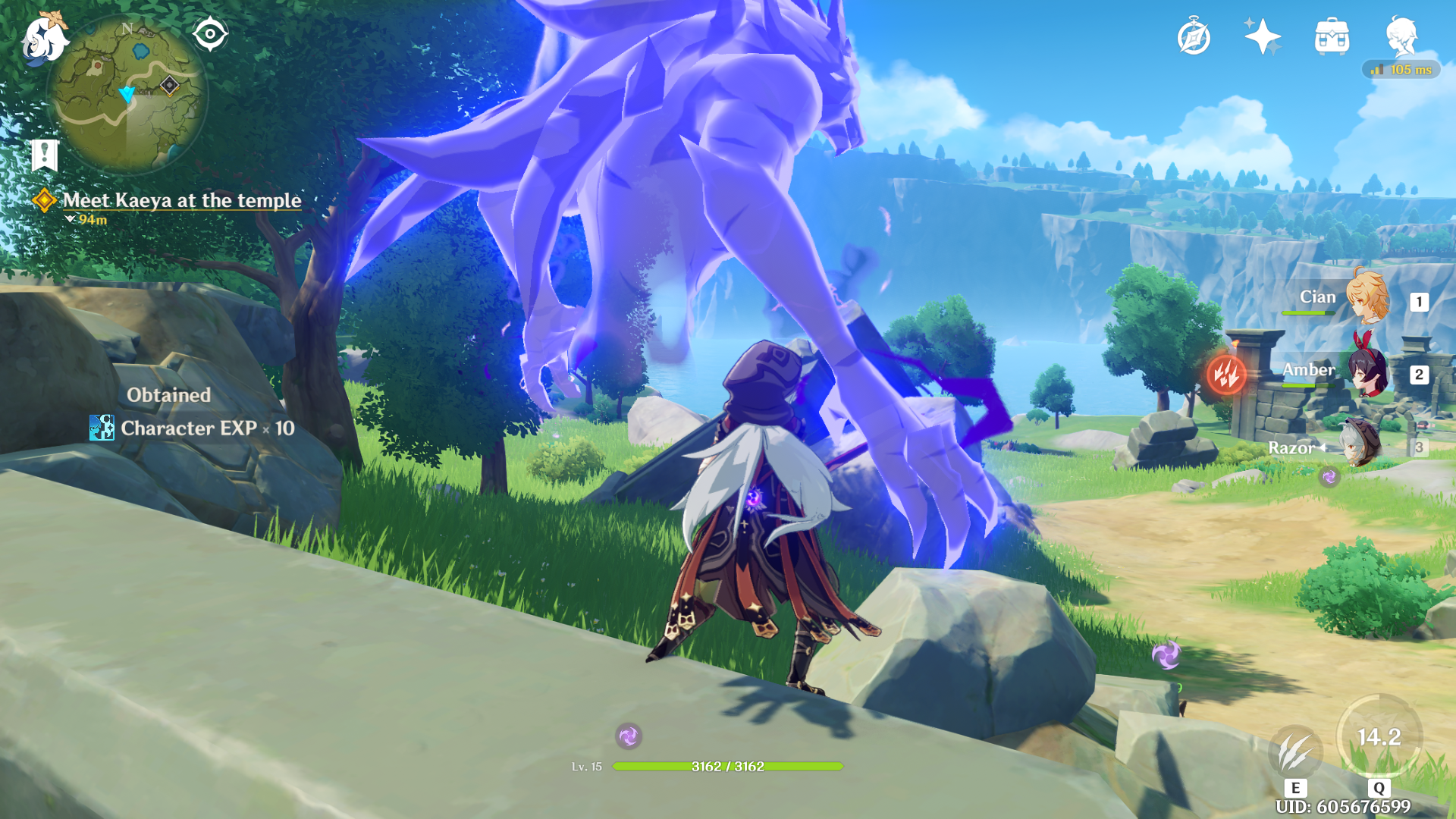 From what I’ve seen so far, Genshin Impact takes the fundamentals of Breath of the Wild and says, “Okay, now give it some more juice”. The result is a very similar experience, albeit put to an exponentially faster pace — and let me tell you, having the ability to throw fireballs, ice spikes, wind bombs, and a variety of other stupid but cool elements pretty much simultaneously feels pretty good. This is where Genshin Impact shines for me — the pacing of its ordinary, unabridged combat is similar to what you’d find in modern Zelda, but its on-the-fly insta-switch mechanic converts a battered Micra into a beefed-up supercar on the Autobahn.

Read next: I’m Enjoying Genshin Impact More Than I Ever Liked Breath Of The Wild 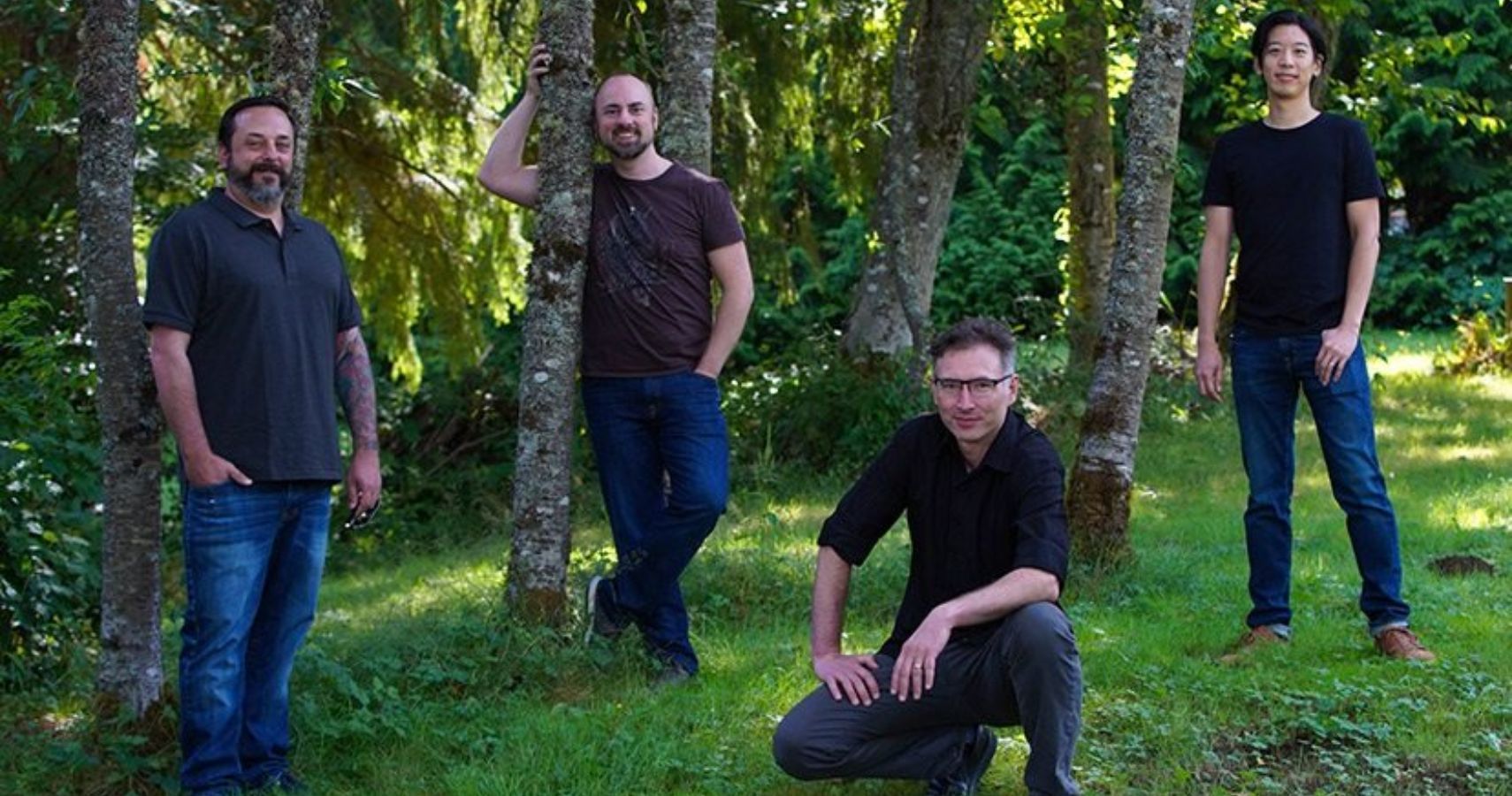 RELATED NEWS
Watch Dogs: Legion Review – A Successful Team-Building Exercise
With Cyberpunk 2077 Delayed, Is TLOU2 A Shoe-In For GOTY?
Horizon Zero Dawn’s power comes from its story of motherhood
Selk’Bag Lite Review – Great For Camping, Decent For Campers
Recent Posts
This website uses cookies to improve your user experience and to provide you with advertisements that are relevant to your interests. By continuing to browse the site you are agreeing to our use of cookies.Ok