You are here:
Home / Team Rocket Is Boring, But James Is Still The Best Character In Pokemon History

Team Rocket Is Boring, But James Is Still The Best Character In Pokemon History

Team Rocket is fine, at best. I was enamored with them as a kid, but as we were introduced to the brilliantly stupid Team Aqua and Team Magma in Gen 3, or forced to deal with the more nuanced approach of Team Galactic in Gen 5, it became starkly apparent that Giovanni’s ragtag band of thugs just weren’t that intriguing. It’s no wonder that after their boss makes a run for it at the end of Gen 1 that Gen 2’s Team Rocket quickly descends into sheer, unbridled chaos. World domination? Nah, let’s chop off some Slowpoke tails.

But Team Rocket serves a totally different purpose in the anime. While the game represents the institution as an operation staffed by an abundance of buffoons, Team Rocket’s presence in Ash Ketchum’s adventures usually appears in the form of its most infamous trio: Jessie, James, and Meowth. All three of these characters are more fleshed out than the vast majority of major NPCs in mainline Pokemon games, although James is by far the best of them – in fact, he’s probably the most well-written character in all of Pokemon.

For those of you who haven’t watched Pokemon for a minute, James’ origin story is fascinating – particularly when you consider the absence of proper origin stories for a huge amount of the series’ other characters. Born to rich parents, James was matched with a suitor at a very young age. Unfortunately, Jessebelle – who is not the same character as Jessie, but is, in fact, her doppelganger – saw their arranged marriage as an opportunity to coerce James into obeying her every command. James, sick to death of high society nonsense and terrified of spending his entire life with Jessebelle, runs away from home, leaving his Growlithe – affectionately known as Growlie – behind. To this day, Jessebelle shows up once or twice a season to try and marry James, who runs approximately one million miles in the opposite direction. 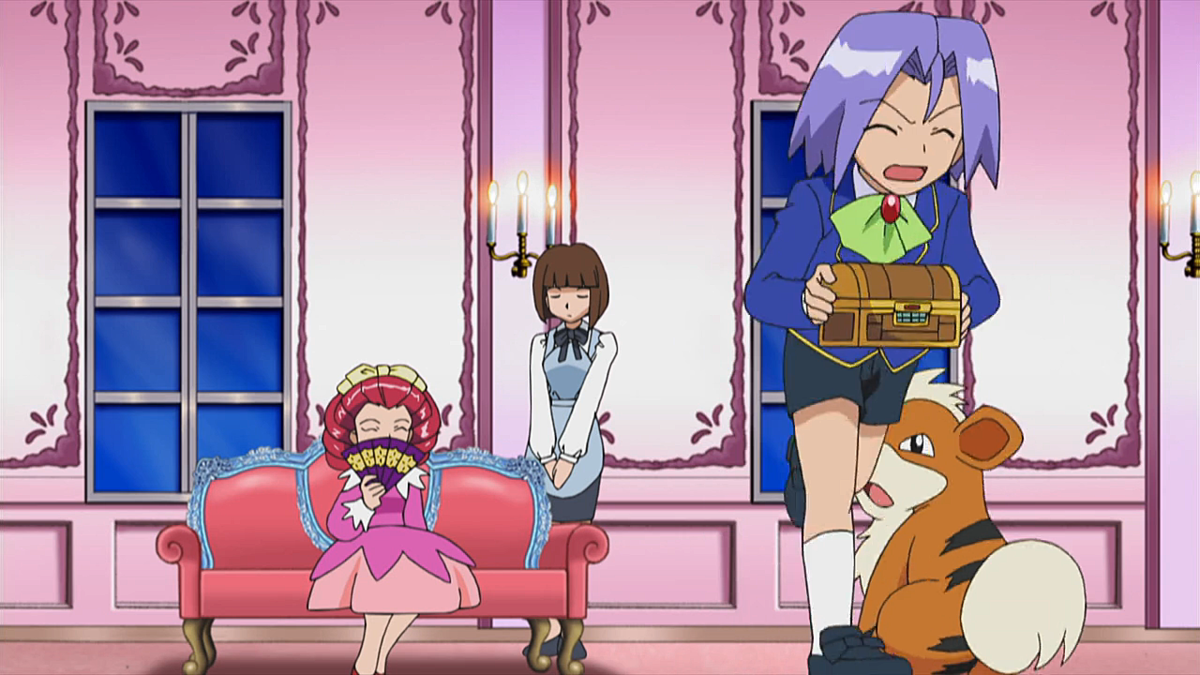 I may be wrong, but I don’t think Jessie and James’ first meeting is properly documented in the show. We know they went to school together, where they got atrocious grades, and we know that they were part of a biker gang. Jessie fit into the gang pretty well, but James’ upbringing meant he wasn’t necessarily cut out for this kind of lifestyle. He actually had to put training wheels on his otherwise cool bike, which led to some of the more vocal members of the group affectionately referring to him as “Trainer James” or “Little Jim.” Somewhere along the way, Jessie and James had a falling out, although we’ve never found out why, or what about. All we know is that they both chose to join Team Rocket independently of one another, and, after being paired to work together, eventually overcame their differences. Now they’re best friends forever. And no, I refuse to say they are together in that way, despite what one obscure manga page might try to imply.

With all of the above in mind, we can paint a pretty decent picture of who James is by the time we meet him in the anime. He’s an ex-rich kid who left his fortune behind for a life of crime that he’s not properly equipped for. Sure, James goes along with some pretty not-so-nice schemes, but he never does anything truly abhorrent. If anything, I think James just hangs out with Jessie and Meowth so he’s not on his own – whenever he’s faced with making the choice between a good deed or a bad one, he tends to opt for the former. I’m thinking of Off the Unbeaten Path, an episode that sees James emerge victorious from a Pokemon Orienteering competition. Despite having sworn to steal Ash’s Pikachu after a botched attempt at robbing a Pokemon Center at the beginning of season one, James gives Ash – his supposed enemy – some fruit. Not the most intimidating move for a villain who is occupying a position of temporary authority after winning a contest.

James winning this contest raises a fascinating point. Despite blasting off again at the end of most of his anime appearances, James is an exceptionally talented trainer. He rarely evolves his Pokemon and tends to mostly opt for Grass, Poison, or Psychic types. Still, he competes in – and does genuinely well in – a variety of different contests and competitions throughout the series. I think a lot of people are willing to forget that he reached the quarter finals of the Alolan Pokemon League using nothing but a Mareanie. He was only knocked out when he came up against Gladion, king of the edgelords, who proceeded to be crowned as runner-up (this is the same League that Ash won, by the way – I tried out his League-winning team in competitive Pokemon and it’s pretty good!)

Outside of battling, James also does pretty well in the kind of contests we got to participate in back in Gen 3’s Ruby & Sapphire. Honestly, I would love for these to come back – I spent a lot of time as a kid blending PokeBlocks and designing perfect movesets at the Move Tutor to take the ribbon for every single category. I was pretty disappointed to see how short-lived this type of minigame was in the long run. 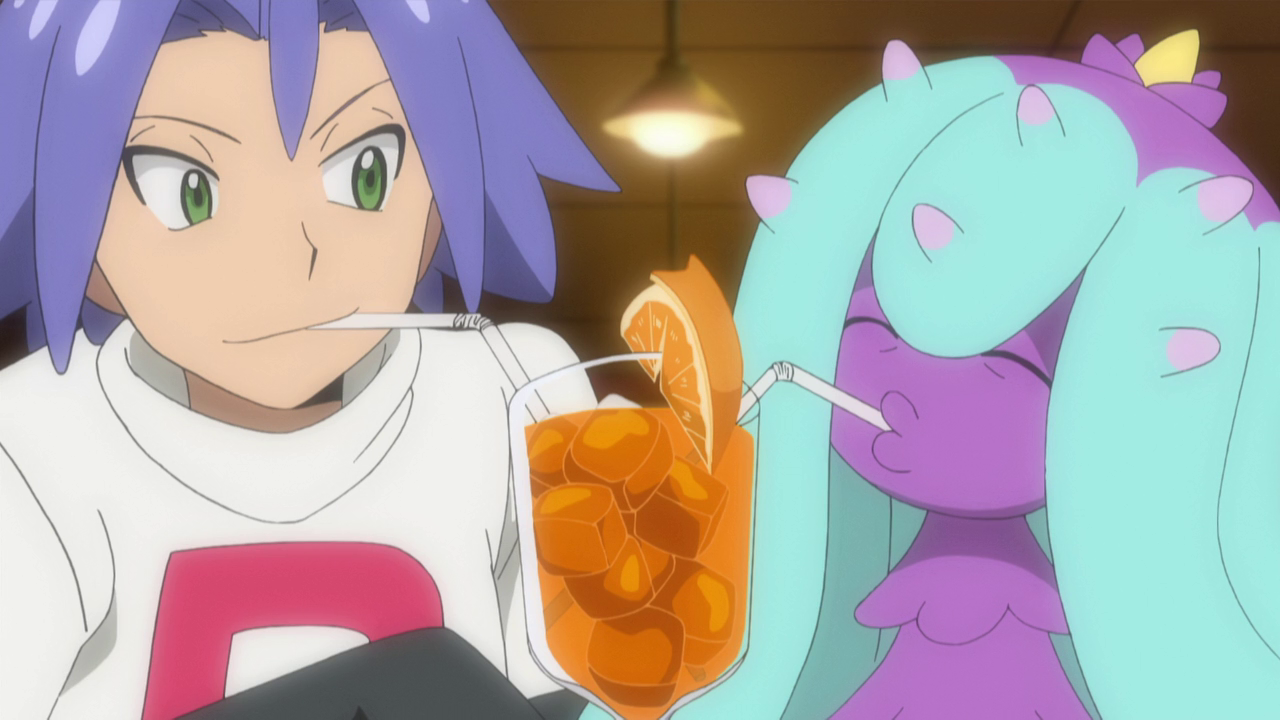 Anyway, back to James: after Jessie is unable to compete in a contest, James pretends to be “Jessilina” and wins in her place. This whole sequence says a lot about James. He impresses the judges in the Performance Stage using knowledge he obtained from growing up with high culture, while the Battle Stage clearly shows his strategic abilities when it comes to competitive Pokemon. Despite going up against Dawn, who is an ostensibly better trainer, James uses his wits to garner a cheeky victory. It’s a clear display of how much James is willing to do for his found family, as well as how quietly talented he is. The element of this that most illuminates his character, though, is the fact that just like he gives Ash some fruit after winning the Pokemon Orienteering competition, he gives Jessie his prize from this other contest.

Again, I think just being here is its own reward for James – there’s a clear contrast between him leaving material items behind and seeing them as inherently valueless thereafter. It’s not the best mindset to have when you’re supposed to be a criminal, but it’s probably why the Team Rocket trio that chases Ash never actually strays too far into villainous territory. They’re more like annoying friends than dangerous enemies, and I think a lot of that can be attributed to James being able to see the good in people and quietly act on it. He’s also not afraid to act in a louder fashion, either – during the Gloire City Pokemon Showcase Master Class, he cheers for Jessie so chaotically that the people around him actively feel uncomfortable. I don’t think James even knows anybody else is there – he’s laser-focused on supporting his pals, even if they say they’ll treat him to a meal and dump the very expensive bill on him later that same day.

This aspect of James’ character is coherent with how he operates as a trainer, too. He’s not even remotely villainous when it comes to training Pokemon, and regularly gets upset when Giovanni makes him return whatever he’s caught at the end of each season. Also, James has only ever properly battled one of the Pokemon he’s caught – he either rescued or befriended the rest. Hell, he rescued the same Mareanie twice after it got annoyed at him and ran away. He also took a full-powered Tackle from his Inkay after it got brainwashed by a malicious Malamar, and instead of getting annoyed at it, he gave it a croissant and reminded it of the fact they were supposed to be mates. Once things are back to normal, James tries to sneak off without saying goodbye to Inkay because he thinks it looks happy with other wild Pokemon. Inkay chases him down, berates him, says it wants to travel with him, and James, crying, says, “OK, if you’re sure.” He is literally the least villainous bad guy ever. I think that’s why he always gives into the Magikarp salesman’s sleazy ploys. Coupled with his complete disinterest in material gain, it makes sense that James takes useless and potentially mistreated Pokemon from an evidently shady grifter for extortionate prices – he’s probably just subconsciously trying to save them. He even teamed up with Ash one time to battle Jessie and Meowth, his own partners, because there were trying to steal his nan’s Pokemon.

I also like that all of James’ Pokemon regularly show him physical affection, but the fact that they’re mostly Grass or Poison types means that this actually hurts him. Cacnea hugs him and drives spikes into his neck in the process. Carnivine, who James rescued as a boy, literally bites James’ head. Victreebel full-on swallows him whole, while Mareania poisons him. Because he knows they’re just trying to be nice and don’t actually mean to hurt him, James doesn’t berate them. He just continues to allow them to do this and treats them just as well as ever.

If you’re still not convinced that James is the best character in Pokemon history, consider this: he can also fly a helicopter and has “drunk enough soda pop to float an aircraft carrier.” Checkmate.

Next: Why Pokemon Needs To Abandon Type Based Gyms 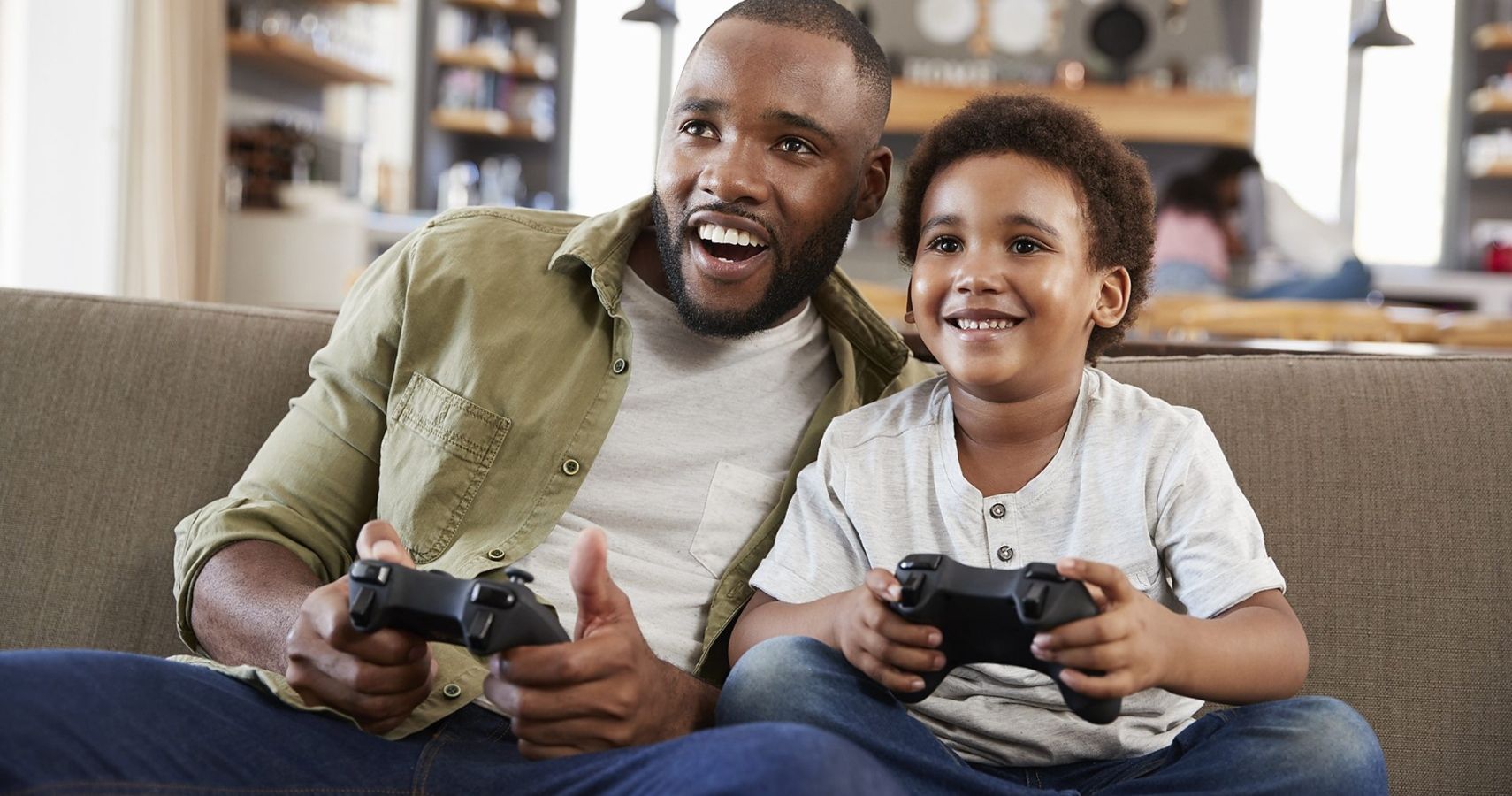 RELATED NEWS
Vampire: The Masquerade outdoes Gloomhaven with giant new campaign-in-a-box
Call Of Duty: Modern Warfare 2 Is Still The Best Multiplayer Shooter Of All Time
I Didn’t Even Like Persona 5; So Why Did I Miss Cafe Leblanc?
Royal Dutch Army Employing SenseGlove Nova for Military Training
Recent Posts