You are here:
Home / Sifu Review – I Know Kung Fu

“Is one life enough to know kung fu?”. As I reached Sifu’s third boss and saw my character age from 30 to 75 in one fell swoop, I kept running the game’s slogan through my head – is one life going to be enough to beat this bloody game?

Well, after 15 hours of what might as well have been a Rocky training montage, I can confirm that Sifu is beatable. That might seem like a weird brag, but this is one of the most demanding games I’ve played in recent memory and a far cry from how it was advertised – Sleeping Dogs 2 this ain’t. 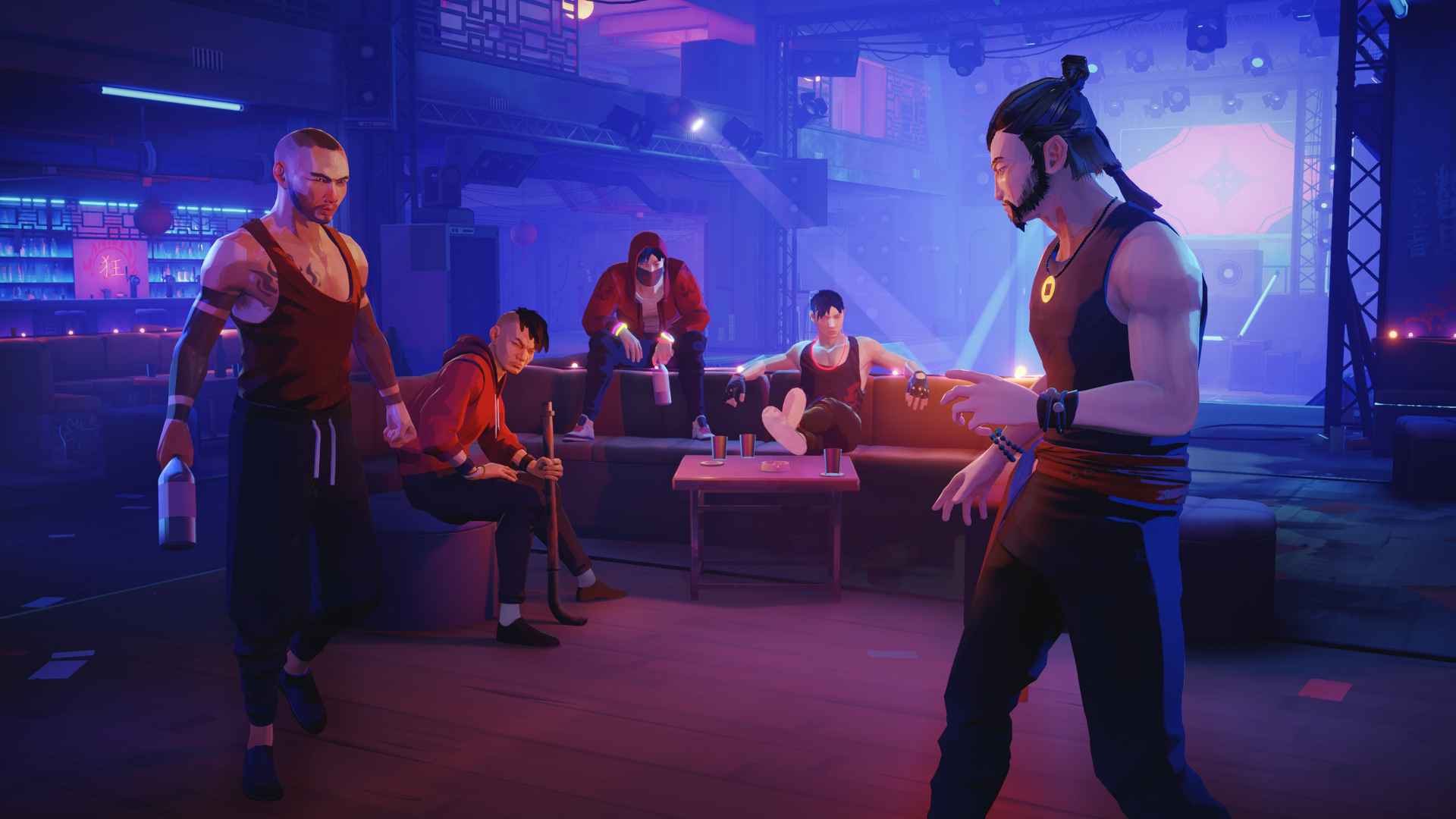 Sifu sees you playing as an unnamed protagonist, either male or female, as they seek revenge against a group of martial artists who killed their master when they were young. They try to kill you in the process, but a mysterious amulet grants you the ability to revive yourself whenever you die, at the cost of ageing every time you use it. Your goal is to kill all five of the martial artists in one lifetime between age 20 and 75 – die too many times, you’ll go past age 75 and it’s game over.

Although the key theme of whether revenge is worth your life is an interesting premise, it’s easily Sifu’s weakest element. Beyond their fighting abilities and the battles themselves, the group of villains here aren’t interesting, and your character’s quest is a one-note affair. It clearly isn’t the focus of Sifu, but it’s a shame that it isn’t more memorable.

At least it’s stylishly told thanks to gorgeous levels and a painterly art style that makes everything pop, especially in levels like the nightclub or museum. Speaking of popping, the sound design is on another level too, with audio cues marking takedowns, items breaking, and even parry opportunities. Like everything else, it becomes ingrained in your head. After so many runs of Sifu searing the noises into my brain, the next time I hear glass break in real-life I’ll be trying to pull off a kung fu takedown on whatever poor sap is nearby.

You’re not here to look and listen to things, though – you’re here for the combat. I’m happy to say that here Sifu surpasses every expectation, taking the best bits of Absolver and distilling them into a single moveset that feels nearly limitless – just be warned, it’s incredibly difficult. Without a doubt in my mind, Sifu has the best hand-to-hand combat I’ve ever seen in a game. Sorry Batman Arkham, the future is now old man. 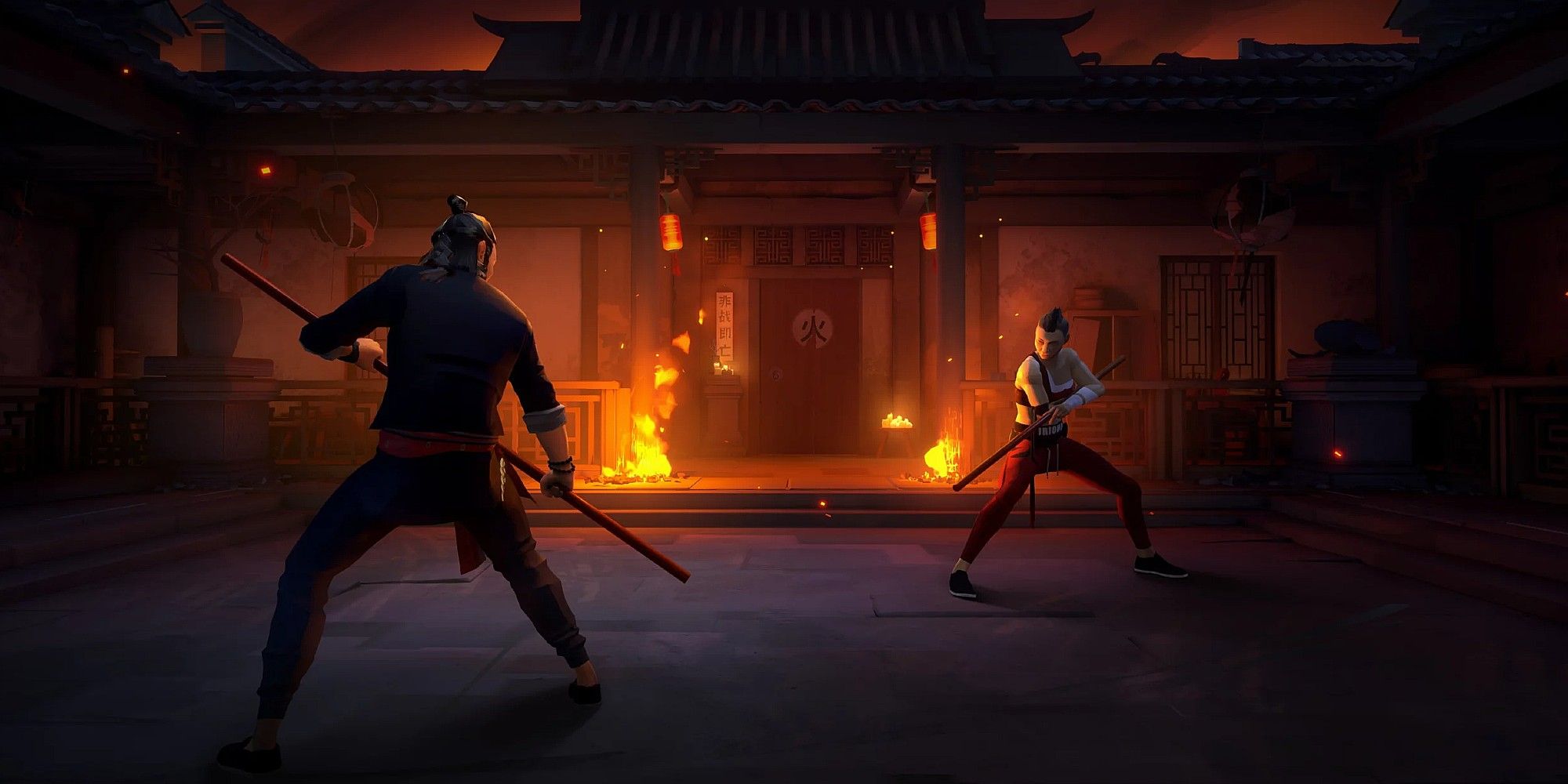 Beyond just having a range of great, crunchy animations, Sifu’s combat works so well because of how incredibly in-depth it is. Rather than just having simple counters and punches like most melee-focused games, you’ve got to parry attacks at exactly the right time, utilise the right type of move to sweep enemies off their feet to follow with a punch while they’re down, make use of your focus meter for special moves exactly when you need them, dodge in the right direction when hits are coming your way, and avoid unblockable attacks. It’s oddly rhythmic once every mechanic clicks into place.

This all takes a significant amount of time and attention to get the rhythm of, but it essentially becomes muscle memory, a beautiful ballet of death. I went from struggling to get past the regular enemies, resorting to hit and run tactics, and bottles being chucked around more than fists to toying with my enemies and stylishly taking them out with ease.

That ease takes a lot of time though – Sifu is rock hard. It’s so rock hard in fact that it sent our original reviewer running home with his ball in his hand and tears in his eyes, leaving me to master kung fu. Let’s say the line together, Bart: it’s the Dark Souls of the melee-focused genre. Yaay! This may all just sound like a joke, but when you’re up until 3am writing the bosses’ attack patterns on the wall in your own tears, you won’t be laughing.

The difficulty comes from the fact that all of those in-depth combat mechanics you’ve been practising can be used against you, with enemies often dodging and parrying your attacks, or chucking items at you when you least expect it to mess up your combo and leave you dazed. The first time one of the casual grunts parried my attack and set me flying was a real eye-opener for what the rest of the journey was going to be like. Each enemy has the chance to take you out if you’re not careful enough, although you can generally punch your way past most of the regular enemies after a bit of training – the bosses are the real sticking point. 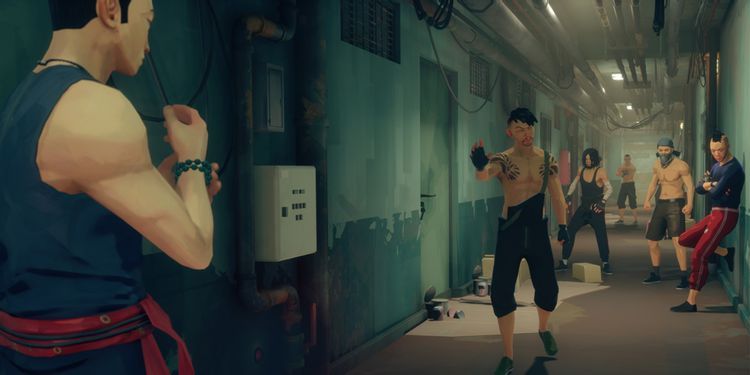 These one-on-one encounters are incredibly brutal and require the player to have a mastery of dodging, combos, and parrying, all at once, with no hesitation on attacking. Each boss has different attack patterns, like the botanist who jumps between trees and uses a machete, or the club-owning staff wielder with a penchant for setting everything on fire. These fights initially act as frustrating roadblocks that you’ll have to grind to go up against, but as you come to grips with them over repeated attempts, they turn into the game’s greatest assets – thrilling showdowns that really test what you’ve learnt.

That may sound like a lot of work, but Sifu’s ageing mechanic does allow for mistakes and lets you have multiple attempts at completing each level. Sifu’s progression system is almost a roguelike, letting you upgrade different elements of your character upon death or from finding a statue, such as using XP to level up your health or improve how resistant weapons are, as well as giving you shortcuts to cut through harder parts of the level once you’ve beaten them once.

There is, of course, an Asian elephant in the room. Before Sifu’s release, TheGamer published a piece detailing how the team at Sloclap is entirely made up of white developers, despite creating a game steeped in Asian culture – you can expect deeper dives into those themes throughout next week and beyond. For me, the game avoids too many cliches and tropes. It does put a lot of emphasis on the supernatural, which on the one hand puts it under less pressure to be historically accurate, but on the other is a fairly tired trope in and of itself. Although behind the scenes videos dive into how much care has gone into getting the culture right, it’s a shame that Asian voices weren’t represented in a game that prominently features an Asian cast, a situation that was made worse when its press kit contained incredibly stereotypical items.

Where you fall on Sifu’s difficulty is going to depend on how much time and effort you’re willing to put into it. If you’re just wanting to punch enemies up, you’re going to have a very difficult time and likely hit age 75 pretty fast. If you’re willing to learn all of your combos, figure out how best to take enemies down, and master dodging, you’ll find Sifu to be one of the most rewarding games out there. In many ways, it feels like an unfair ask not to put the game’s difficulty at the forefront of the marketing. We knew it was going to be hard and be all about keeping the death counter down, but exactly how hard it is is almost unbelievable at times. It’s not going to appeal to everyone, simply because not everyone is going to be able to get through it.

As someone who adores games like Spelunky for forcing the player to digest every bit of information, Sifu strikes that exact same spot with the force of a freight train, delivering a combat system that is truly unrivalled. As a game, it's one of the most engaging I've played in some time, it's just a shame that it won't appeal to all players thanks to its surprising difficulty and that it took some developmental liberties with representing Asian voices.

Sifu is available on PS4, PS5, and PC. We tested the PS5 version for this review. Review code was provided by the publisher.