You are here:
Home / She-Ra’s Catradora Set A New Benchmark For Queer Animation

LGBTQ+ characters in animation have become more commonplace in recent years, with shows like The Owl House and Steven Universe helping to show young viewers that it’s okay to be yourself – whether you’re gay, bisexual, transgender or anything on the queer spectrum. Only a few short years ago, studios were afraid to present such individuals on the screen, deeming it inappropriate for children who might be wrongly influenced by such honest portrayals of diversity. It’s a crass lie, but one that cemented itself in a society that remains abundantly heteronormative.

Fortunately, the landscape has and continues to change, with She-Ra and The Princesses of Power acting as a particular trailblazer in the world of animation. Made possible by the likes of Steven Universe, this modern retelling of the classic cartoon is confidently queer in almost every way. Helmed by Noelle Stevenson, known for works such as Nimona and Lumberjanes, it was clear from its opening season that the tale of Catra and Adora was more than just a simple friendship. Across its 52 episodes myriad hints were sprinkled in, leading fans to hope and hope that perhaps their wildest dreams could come true.

Even as the final season aired, naysayers were awash with doubts, laughing away at shippers who were just waiting to have their hopes dashed in favour of a platonic ending. The truth was far more rewarding, with Catra and Adora putting aside their rivalry and confessing their love for one another, the climax being a gay kiss that would rid Etheria of evil and save the world. I like to think that the entire saving the world part was just a coincidence, and Adora just decided to smooch this cute catgirl because they were both going to die anyway. 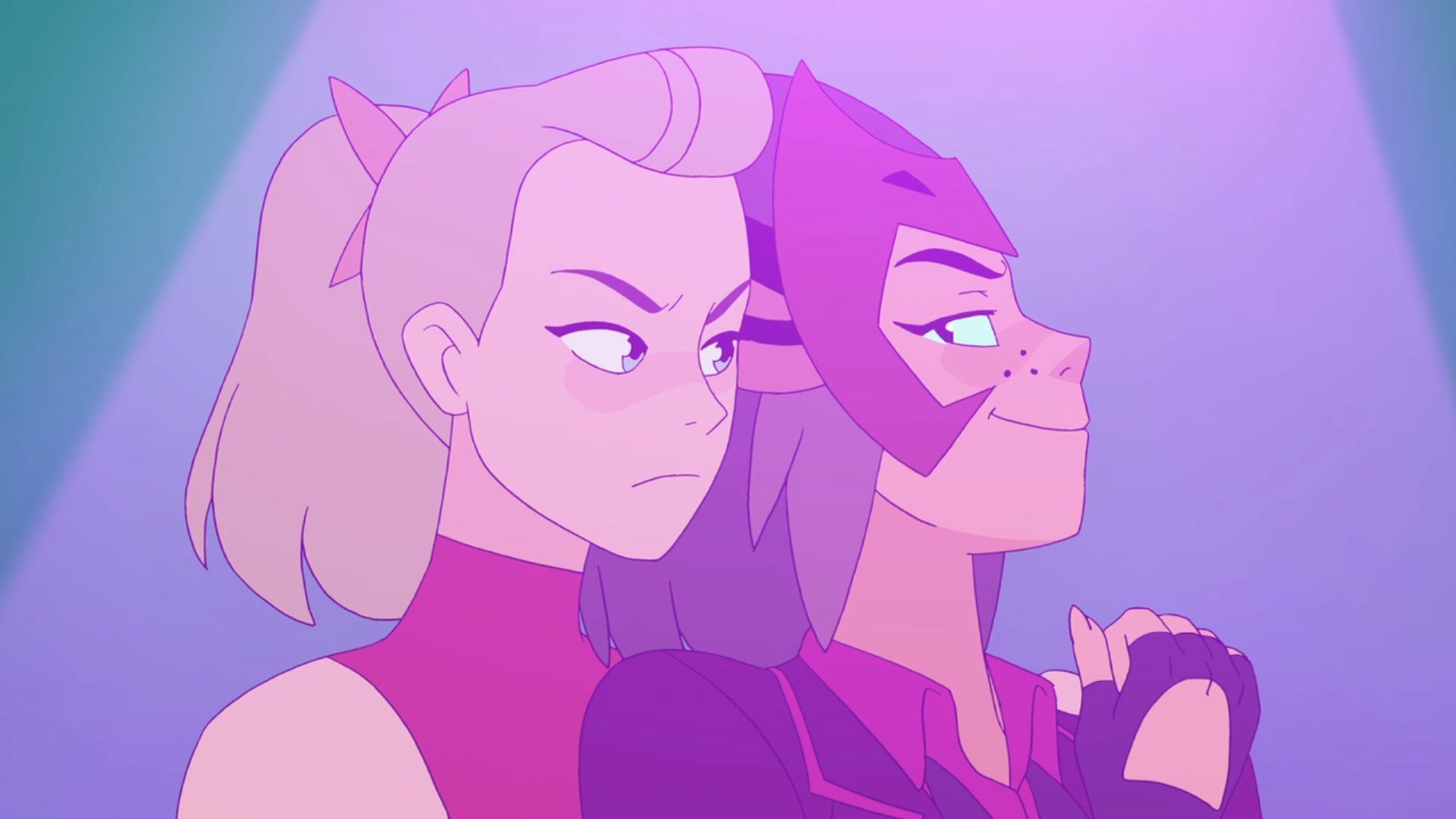 That’s the magnificence of it – their confession of love is pure and unfiltered. To them, the world could be doomed, with Catra begging for Adora to think about her own needs for once in her life as she valiantly sacrifices herself for the safety of others. Adora might be capable of transforming into She-Ra, but beneath that sits a young woman with her own quirks, flaws, and needs. She has spent so many years trying to be a leader for so many people that she seldom thinks about herself, or the childhood friend she left behind in favour of fighting for the greater good.

There was never a time to grieve, so when the two come back together and the odds are stacked against them – an honest declaration of their true love pours out. I took a day off work to binge the final season, squealing like a desperate fangirl as the kiss scene unfolded, shocked that all the doubts and theories materialised into something physical. Now a year has passed, it’s worth analysing how much has changed.

In the weeks following the final season’s release, I couldn’t scroll through my social media feed for a second without seeing fans shouting from the rooftops about Catradora, shocked that it actually happened or speaking about how it sets such a lofty benchmark for queer animation moving forward. I can’t help but agree with them, since so many projects have emerged following its release that aren’t afraid to be queer, whether this is through subtle or explicit means. The Owl House was Disney’s first animated children’s show to feature a queer romance without compromise, while Dreamwork’s own Kipo And The Wonderbeasts was equally as welcoming in its depiction of gay couples.

When all we got with the finale of Legend of Korra in 2014 was obscure hand-holding despite the creators absolutely confirming the central romance, it’s difficult to comprehend how far we’ve come. Obstacles still stand before us, and the best queer stories are still found in smaller, independent spaces, but it’s clear that larger companies can see the value in LGBTQ+ narratives, and I just hope that isn’t thrown away once the profits dry up. But I’m convinced they won’t, and even if they do, queer experiences will always find a way to bleed into creative mediums. They matter, and will continue to grow and expand as we move forward.

I think the brilliance of Catradora is how it isn’t a clean relationship. It’s romance born out of childhood bonding, a traumatic separation, and coming to terms with the flaws that define you. Catra and Adora spent so long determined to hate one another, or to at least convince themselves that it was impossible to comprehend any semblance of forgiveness. The reality is far more complicated, because people are messy, and can’t deny their true feelings regardless of whether they end up hurting those closest to them. Catra’s redemption arc isn’t a clean one. She hurt people, and needs to atone for these sins, but Adora is willing to help her on that journey, understanding that people are capable of change even after doing horrible things. 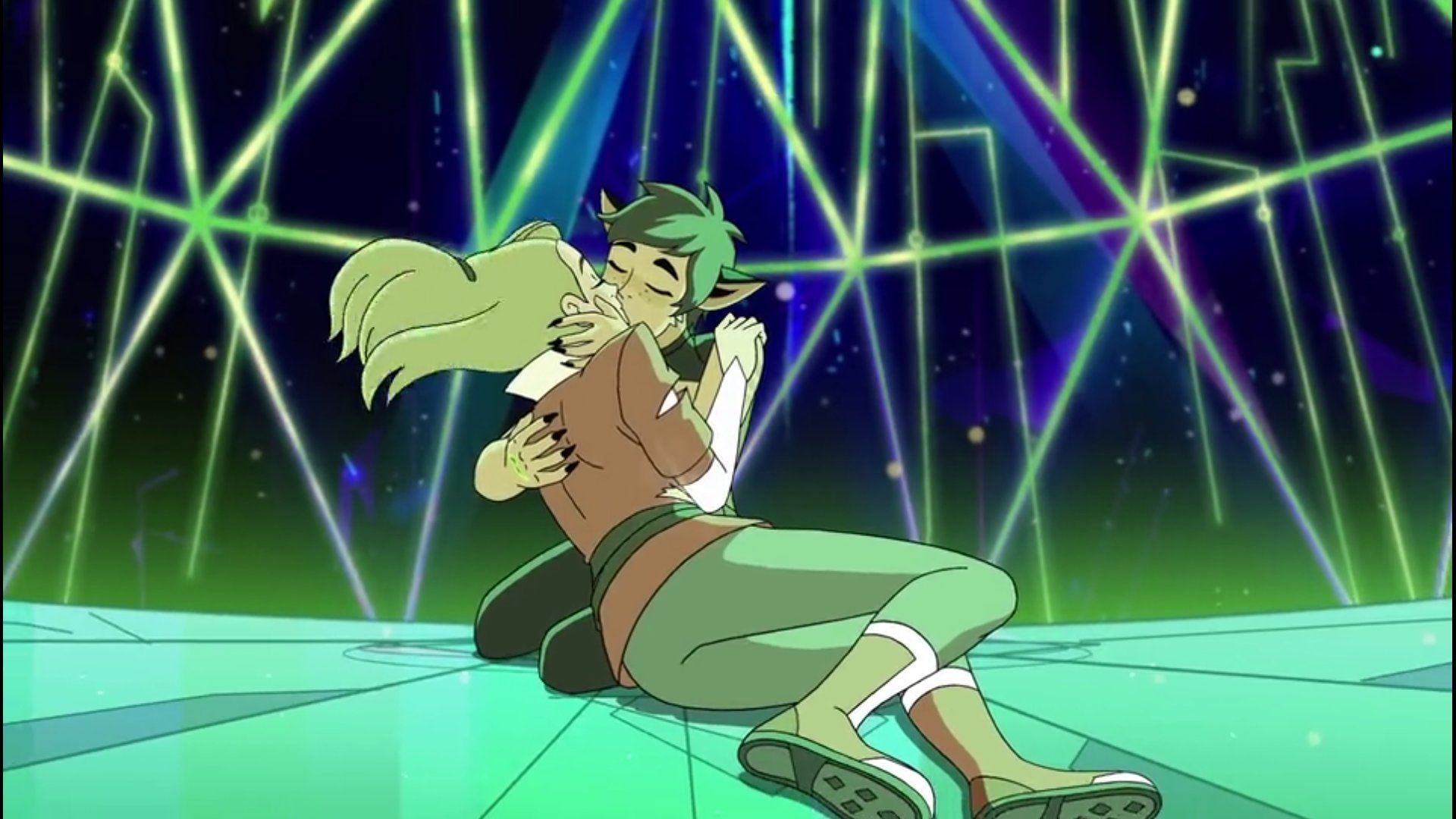 Throughout the five seasons they fight and bicker constantly, but their bond remains resolute. We often make enemies due to circumstances we can’t control, building resentment that will inevitably boil over and force us to face who we really are, and what we really feel about everything around us. Their confession scene is exactly that, an explosion of bottled emotions that finally erupt after years of being hidden away. Adora never hated Catra, and once that truth is out in the open, they both have time to heal, to foster a deeper, more honest love for one another. This raw storytelling, despite being wrapped up in a colourful children’s show, is exactly what makes it so special.

So as I look back on the show a year after its conclusion and forward to the possibilities it has opened up for queer creators, I can’t help but admire everything it managed to achieve. I’ve no doubt Catradora will remain prevalent throughout the zeitgeist for years to come. I got a tattoo based on the show, so I’m in it for the long haul whether I like it or not.