You are here:
Home / Pokemon Unite Teased The Next Three Characters – Here’s Our Best Guesses

Pokemon Unite Season 5 is right around the corner and the Unite Twitter account is teasing the next three Pokemon coming to the game. The Wild West-themed season called New Sheriff In Town will introduce two Pokemon in February and a third in March, and we already have a good idea about who those Pokemon might be.

The Twitter post is an Old West wanted board covered in posters of new and old Pokemon. Dragonite, Tsareena, and Trevenant are featured alongside three hidden Pokemon. While we don’t know exactly who they are, the posters do reveal that the next Pokemon will be an All-Rounder, after that we’ll get a new Supporter, and in March we’ll see another Attacker. We also see the icon for each of their Unite Moves, which tells us a lot about who the Pokemon might be.

The first one is already known thanks to a recent datamine. The All-Rounder coming at the beginning of February is Aegislash. We’ve already seen the Pokemon’s entire moveset, and the Unite Move icon here matches the one we’ve seen in leaked footage. Aegislash is able to switch between offensive and defensive forms when it uses its moves and has a Unite Move that strikes the ground, creating a long fissure that tosses enemies into the air. It’s been suggested that Aegislash is coming on February 14, but given that there are two new Pokemon in February, it might be coming sooner than expected. 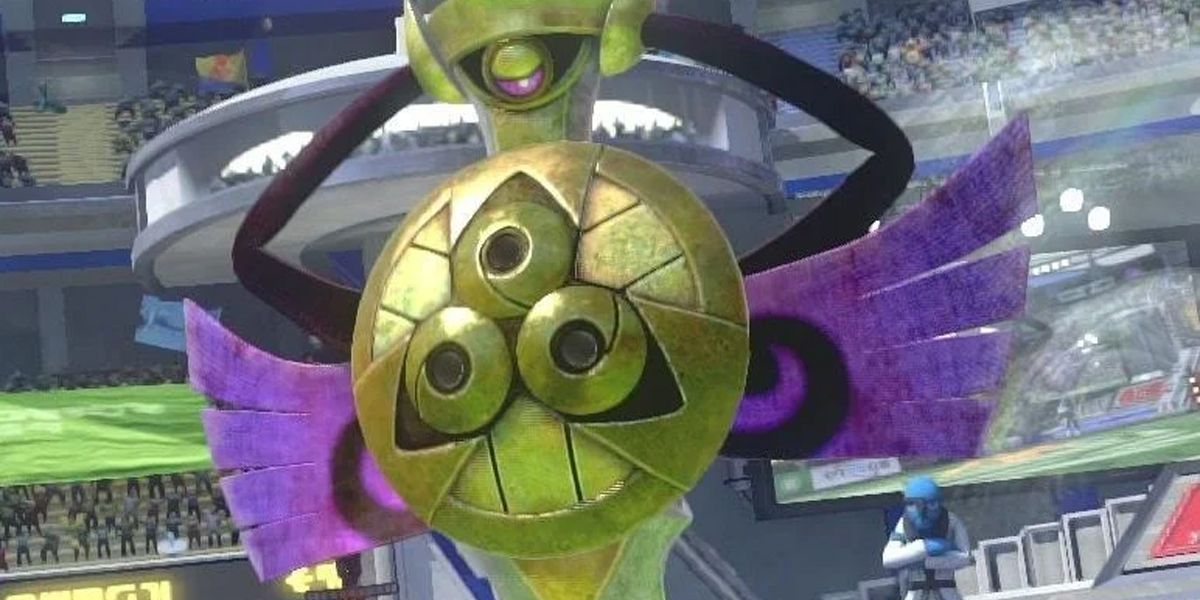 The other two Pokemon are more of a mystery. The second February Pokemon is a Supporter, and the icon for its Unite Move seems to be some kind of AOE healing or buff ability with a leaf, wind, or ice texture. That leaves (or winds or ices) things fairly wide open, but we have a couple leads to go on. Early footage of the game featured Clefable as a playable character. It was assumed that Clefable eventually became Wigglytuff, but perhaps the Fairy Pokemon is finally ready to join the fight. Another possibility is Vanilluxe, which may have been teased during the winter holiday event. Of the three newcomers, this is definitely the most mysterious one.

March’s new Pokemon is an Attacker, and the icon for its Unite Move tells us a lot about who it might be. While the two angry eyes in the icon might remind you of moves like Mean Look or Pokemon like Krookodile and Sandaconda, those eyes are actually a perfect match for the Gen 7 move Laser Focus. There are 19 evolutionary lines that can learn Laser Focus, including Mewtwo, Flygon, and Bisharp, but there are two Pokemon that stand out especially.

Scyther learns Laser Focus at level 44. If it’s given a Metal Coat to hold, Scyther evolves into Scizor. Alternatively, Legends: Arceus introduced Kleavor, an evolution of Scyther when its exposed to Black Augerite. Unite would do well to introduce a Hisuian Pokemon this close to the launch of Legends: Arceus, so perhaps Kleavor will be our March Pokemon. The other likely option is Marshadow. A very early datamine for Unite revealed a move set for Marshadow, so perhaps its time is finally coming.

There’s some disappointment around the fact that none of these new Pokemon are Speedsters. There hasn’t been a single new Speedster since the launch, but there may still be a clue here. If you look in the corners, you’ll see two more wanted posters flying off the bulletin board. This could have been a speedster running by and blowing them off, perhaps hinting that April’s newcomer will be of the speedy persuasion. It’s a stretch, but when you’re dying of thirst in the desert, all you can do is walk towards water and hope it's not a mirage.