You are here:
Home / Please, I Don’t Need To Know Anything More About Boba Fett

Please, I Don’t Need To Know Anything More About Boba Fett

On a DVD commentary he recorded for Return of the Jedi, Star Wars creator George Lucas admits that Boba Fett was always supposed to be "just another minion." The fandom's favourite bounty hunter was never meant to be anything special—just one in a long line of bad guys destined to be defeated by our heroes. That's why he's given such an unceremonious death in Jedi, casually tossed into a sarlacc pit by Han Solo. But thanks in part to Joe Johnston and Ralph McQuarrie's stylish, evocative character design—adapted from early concepts for Darth Vader—he captured people's imaginations and became one of the most beloved characters in the Star Wars universe. Not bad for a glorified extra.

The appeal of Boba Fett was about more than just his admittedly awesome costume—it was his mystique too. He only spoke a handful of lines in the original trilogy, but the way he carried himself, the battle scars on his armour, and his reputation as a feared and respected bounty hunter sent fans' minds racing. He was a classic example of the Man With No Name archetype—a galactic drifter making an unsavoury living in Star Wars' Wild West, the Outer Rim. The Mandalorian would tap into this aspect of the character in a big way, but by proxy, through a new character clad in his own suit of Mandalorian armour. That story needed someone with an air of mystery about him—which Boba Fett no longer had.

Boba Fett was interesting because of what he could be, not what he was. Pop culture's tiresome obsession with origin stories, which is worse than ever today, took the character and stripped the mystery away. The Star Wars prequels aren't entirely to blame, however. This goes back to the golden era of the Star Wars Expanded Universe in the 1990s, where novels, comics, and short stories would fill in the blanks of Fett's bounty hunting career—and even continue his story after escaping from the sarlacc. Some of these stories were great, and I devoured them as a teenager. But only in hindsight do I realise that with every new tale I read, Fett lost more and more of the very thing that made me love him in the first place.

Then the Star Wars prequels happened and any sense of enigma still attached to the character was destroyed permanently. We saw a young Boba Fett running around with his dad, Jango Fett, and suddenly this character who sent our imaginations running wild for so many years was just some floppy-haired kid. The Wizard of Oz's curtain was well and truly pulled back, and it was a big enough disappointment to affect my enjoyment of the original movies. Before the prequels, seeing Fett in Empire and Jedi was thrilling. Who is this guy? Now, I just don't care. I know all about his backstory, and it's not particularly interesting. He's just another minion, as George Lucas always intended him to be. 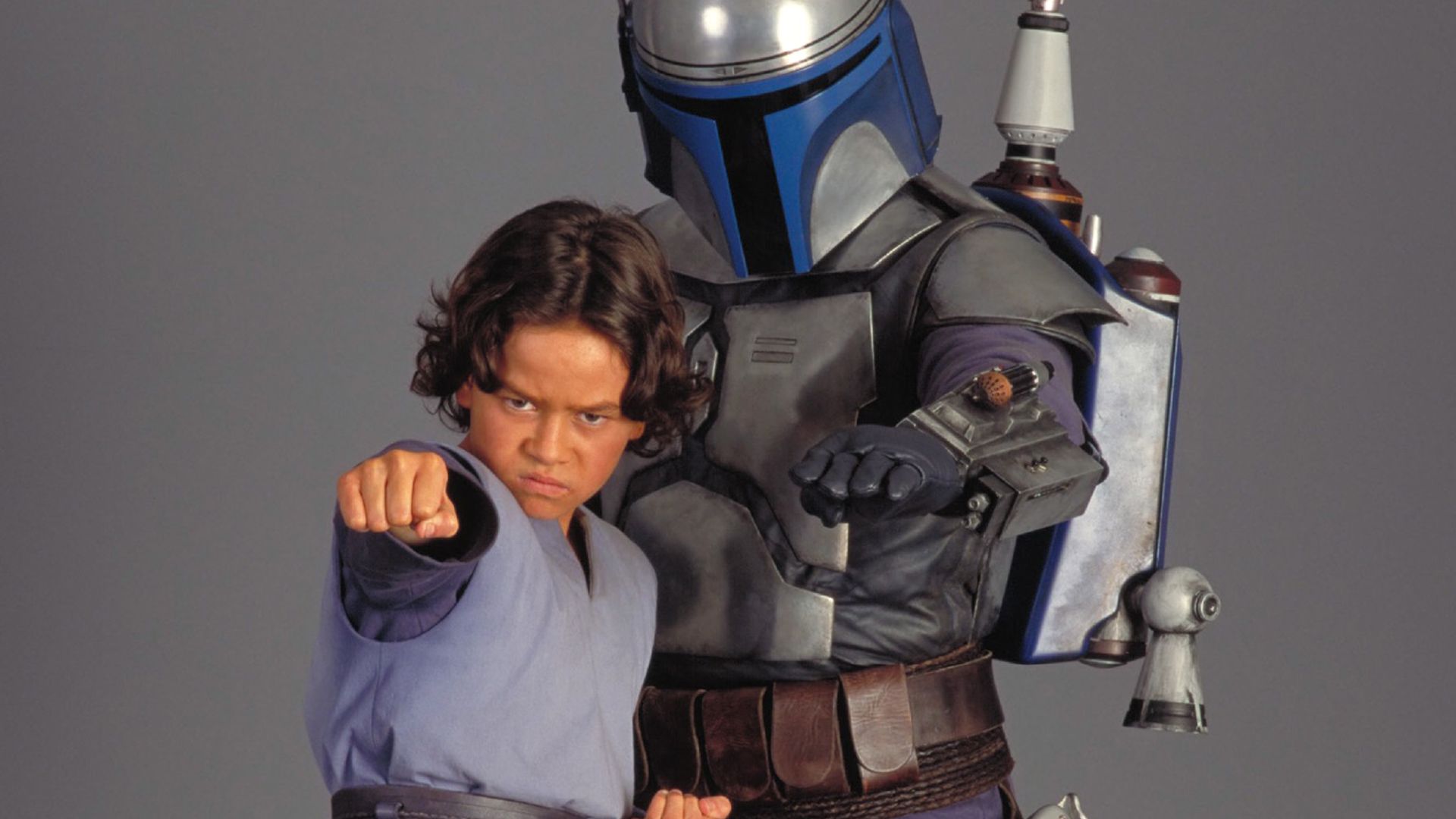 When Boba Fett showed up in The Mandalorian, I admit I felt a buzz of excitement. But once the nostalgia had worn off, it just felt like a cop out. Mando is a strong enough character on his own—and a much more interesting, nuanced one than Fett ever was. Pained as I am to admit it, we don't need Boba Fett anymore. But we got him, because Disney loves money, and now he's getting his own spin-off show, The Book of Boba Fett. Thing is, I'm gonna watch it, and I'm sure it'll be good. Temuera Morrison, his association with the dreaded prequels aside, brought an enjoyably weary charisma to the character in The Mandalorian. But I'm having to reckon this with the fact that I'm sick to death of Boba Fett.

I miss what he used to be, and every new appearance just hammers that home. From Alien's xenomorph to Nurse Ratched in One Flew Over the Cuckoo's Nest, origin stories are almost always a disappointment—and ultimately make these familiar characters, settings, and concepts less interesting. This current obsession with knowing is responsible for some very bad art, and it's time we stopped asking so many damn questions and just enjoyed things in the moment. But as long as Generation Funko continues to hungrily devour anything with even the slightest connection to their childhood, the era of the pointless origin story is far from over. The fate of Boba Fett should have been a warning.

RELATED NEWS
Detroit: Become Human Should Have Just Been About Connor
Mewtwo Strikes Back—Evolution Is The Worst Kind Of Remake
This Week In Halo Infinite: Lost XP Boosts, John Carpenter Is A Fan, And Credits
The Biggest Gaming News For January 22, 2022
Recent Posts