You are here:
Home / Playing The Mass Effect Trilogy For The First Time In 2021

Playing The Mass Effect Trilogy For The First Time In 2021

I missed out on Mass Effect when I was younger. It always held that mythical status as one of the best sci-fi RPGs out there, yet whenever I looked at it I got that strange feeling I used to get with the likes of Matt Damon and Brad Pitt. It looked a bit bland, a bit vanilla, and it seemed too good to be true like it would never quite live up to the hype. Cue the launch of Legendary Edition and I immediately realized I had been completely wrong. Not only is it a wonderful relic of a bygone era in western RPGs, it has stood the test of time spectacularly well – barring some questionable, outdated, military-centric politics, at least.

The only bits of information I had about the series were that people had been upset over Mass Effect 3’s ending and the infamy that the Mako had garnered. Neither were disappointing – in fact, I enjoyed both. That’s my experience summed up in a few words. Nothing really stood out as bad, unenjoyable, or lacklustre. There was a wash of melancholy to find how few characters my Shepard could romance of the same gender, but that was the extent of my disappointment. Like an angry old man, I shook my fist in the air and muttered “Fox News!” – Not really, but I made do with what I was given, only to find that the romance element wasn’t the reel that many had set it up to be. What kept me coming back were the intricate missions and their consequences, and the characters that would resurface in the sequels.

The first Mass Effect hasn’t aged quite as well as the others. The gunplay is janky and obtuse, the looting system is a collection of arbitrary stats, walls of text, and a clunky inventory that’s a pain to navigate, while the animations are stiff and awkward. From the get-go, I knew it would take some adjusting for me to enjoy the original, but there’s certainly a degree of patience required to do so, and for those who aren’t big on retro games – yes, I’m calling the original Mass Effect retro, sue me – then you’ll probably have a hard time leaping this far back into the shooter genre. The most similar experience I had was with Resident Evil 4, a game that took a lot of willpower to persevere through thanks to its terrible camera and archaic mechanics. Resi 4 needs a remake – not that it’s most diehard fans will ever be willing to admit as much – and Mass Effect is in a similar boat. 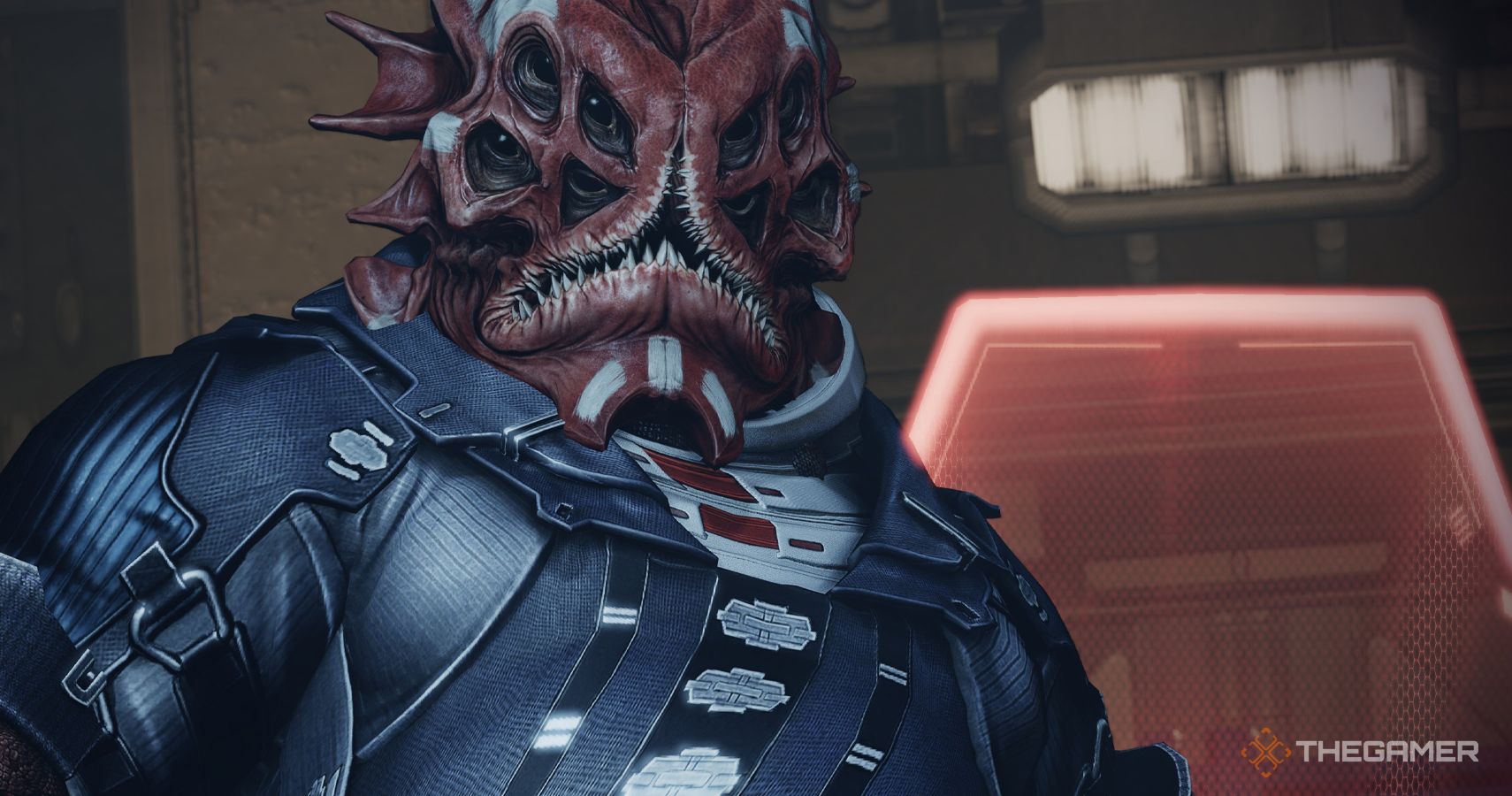 To put it into perspective, imagine going back to play the original Assassin’s Creed as your entry into the series. It’s a good indicator of worldbuilding, the series’ personality, and its characters, but it’s a terrible introduction in terms of gameplay. You’ll get a gist of what Assassin’s Creed is all about, sure, but it would be extremely easy to just give up and put it down. It simply has not held up quite as well as its successors did, and Mass Effect isn’t too different. The second game is leaps and bounds better, but getting there requires a lot of determination if you’re leaping from the slick shooters of 2021 to the obtuse and clunky gunfights of 2007. I’m glad I stuck through it, though, because the bonds I made with those characters, the decisions I made in that world in real-time, and the context those dynamics provided were invaluable. The second game meant so much more because of that first experience, and that’s what was ultimately so enticing when playing through the trilogy.

No other series of games has ever bothered with such little continuity details. Every little decision seems to have some payoff in the next title, and nothing is ever thrown to the wayside for development convenience. Killing Wrex meant that I had to deal with his broodbrother in the next two games when BioWare could have easily just avoided placing the goofy and lovable krogan in a big role going forward. There’s a reward to playing through the last game that can’t be found anywhere else, and that’s what’s so fantastic about playing Mass Effect all these years later. There’s still exciting, fresh ideas to be found, and a goldmine of great choices on the part of BioWare – ones I hope get picked up by other RPGs. It’s a rich world of intricate depth. Everything you do matters. 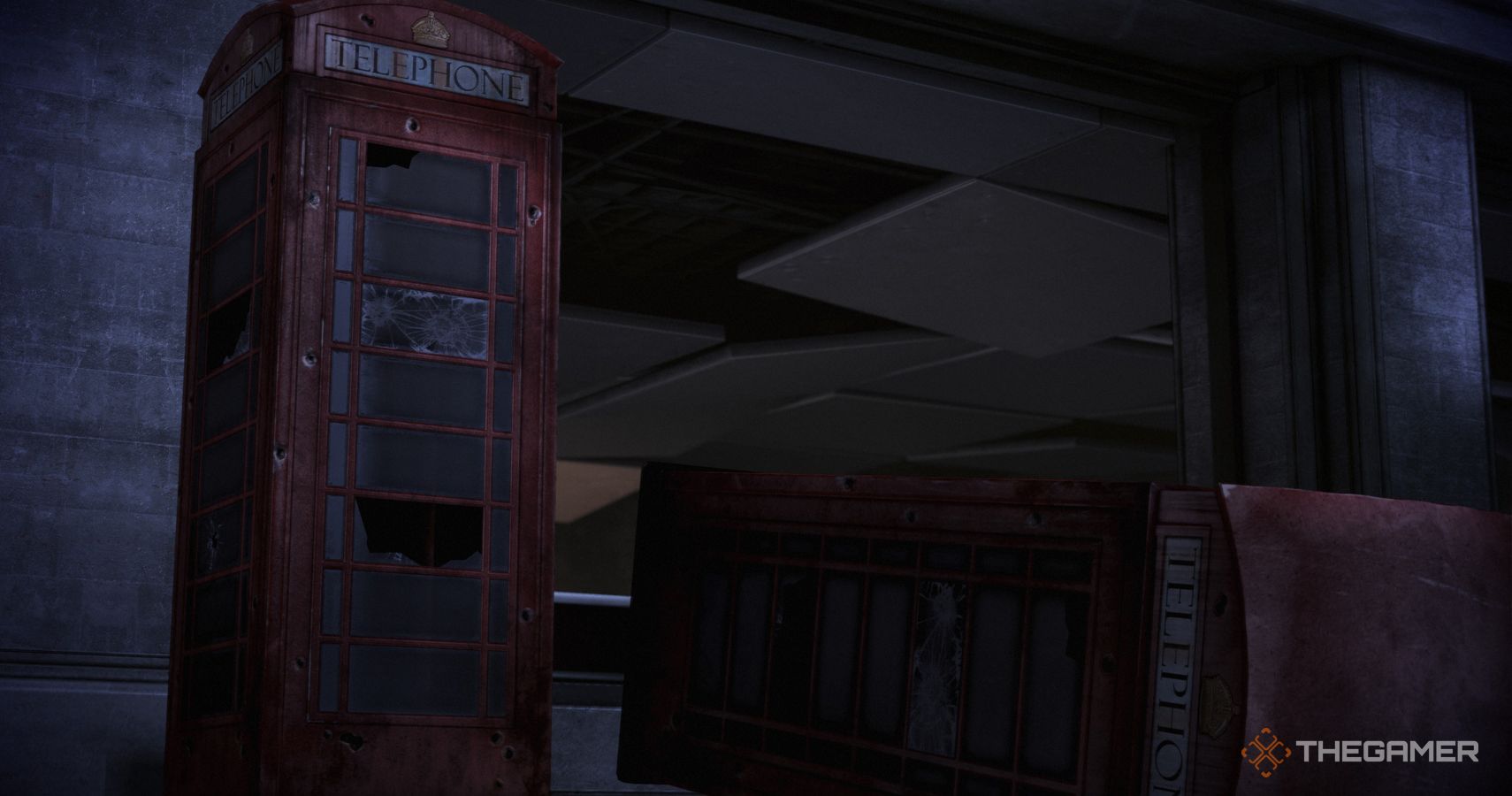 That’s why I enjoyed the third game as much as I did. It was the culmination of all those decisions I made in the first two outings, a payoff that either punished or rewarded me depending on the context. All the while, the combat ramped up in quality exponentially, constantly making leaps and bounds to improve. Mass Effect 2 became an instant favorite of mine, a masterpiece that absolutely deserves a spot in the Video Game Hall of Fame – the Legendary Edition was worth trying out for that middle part alone. There are some people saying that it’s hard to get into Mass Effect today, that it hasn’t held up particularly well. While I understand if those complaints are aired at the first game, I can’t fathom that mindset with its two sequels. At the very least, give them a try, because what you’ll find is gaming’s peak – the magnum opus of RPGs.