You are here:
Home / New Pokemon Snap Reminded Me Why I Love Gardevoir

New Pokemon Snap Reminded Me Why I Love Gardevoir

I played Pokemon Ruby when it launched with no knowledge of the new Pokemon. I caught Ralts early on, and it looked significantly more interesting than Poochyena, Zigzagoon, or Wurmple, so it quickly became my favourite of the early bunch. The one that I knew I was going to keep with me for the long haul, rather than ditch as soon as something more interesting came along, the way I did with the rest of the early game fodder.

Before long, Ralts evolved into Kirlia, and that’s when things got interesting. Why was I, a young trans kid with no real understanding of what that meant, drawn to a Pokemon that looked like a little boy in a baseball cap evolving into a pretty girl? I guess that’s a mystery. Once that happened though, Kirlia instantly became my go-to. Ahead of Marshtomp, my party was now a Kirlia party. Then Kirlia evolved into Gardevoir, and became the most beautiful Pokemon I had ever seen. I get the argument that humanoid Pokemon are odd, and I’m not a huge fan of the ones like Sawk and Throh, but Gardevoir has always been the reason I haven’t ever wanted to can them completely. 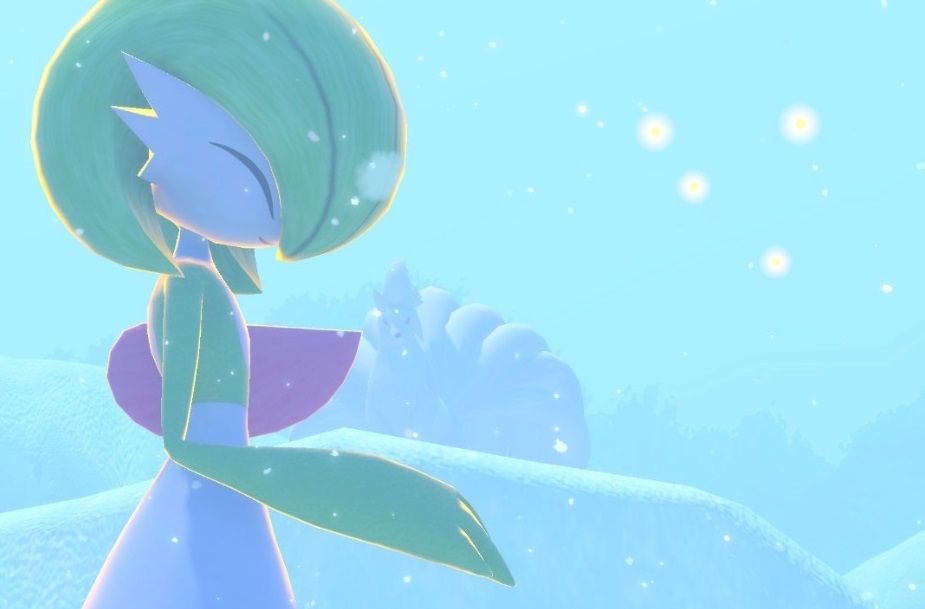 However, because we can’t have nice things, it turns out lots of other people were drawn to Gardevoir too, for all the wrong reasons. I get that as far as Pokemon go, she’s very humanoid, and she has a motherly vibe that I suppose some people are into. But it is now impossible to have a conversation about Gardevoir, or to try and look them up online, because everything else is drowned out in a sea of… how should I put it… questionable depictions of Garde.

Thankfully, New Pokemon Snap leans away from this, and reminds me why I love Gardevoir in the first place. Despite what the fanart will tell you, Gardevoir is actually a very pure Pokemon. I know that Pokemon have natures that influence their performance at a competitive level, but they also have general natures, outside of the stat meta, which can be seen in their designs and interactions with others in the anime. Gengar has a mischievous nature, for example. Vulpix is curious. Carnivine is dopey. Gardevoir is caring and nurturing – I told you, she has that motherly vibe.

We see that in New Pokemon Snap, and thankfully with no nod to the other side of the fanbase. Gardevoir in New Pokemon Snap is as pure as the driven snow – literally. After following the steps in our guide, you’ll come to a snowy patch in the forest, and will see Gardevoir standing there in the snow. From here on out, the strategy is to constantly pelt Garde with Illumina orbs and snap photos – you’ll see them play in the snow, throw it up over their head so it falls down softly upon them, crouch down to play with Deerling, and spin around so their dress thing twirls. Hit them enough times and they’ll even zip up onto a tree bough and just sit there vibing with nature – if you get them close to a tree and hit the crystabloom, they’ll even decorate the bare branches with a gorgeous smattering of frost. 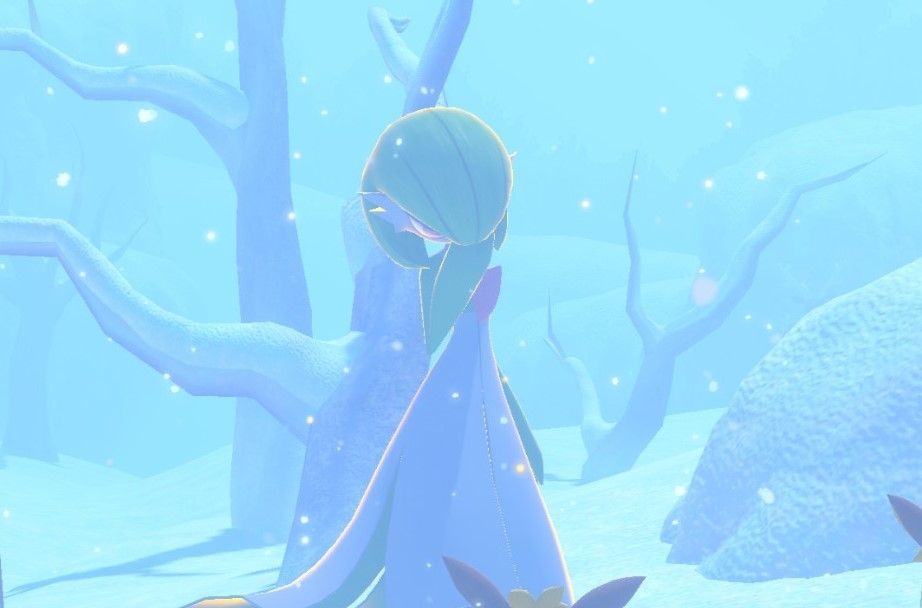 This is the real Gardevoir, not the one from the DeviantArt 18+ sections or the body pillows. Gardevoir is one of Pokemon’s brightest stars, and it’s a shame that they’ve been tarnished like this. They’re not the only one to get a reprieve in New Pokemon Snap either. Goodra is also given a much more innocent role in the game – look, I know that they’re covered in goo and everything, but someday someone is going to have to explain to me why a slimy slug dragon is in the mix with Gardevoir and Tsareena. As much as I don’t like it, I at least understand those two. Don’t explain it to me today though, I think I need more time to prepare myself.