You are here:
Home / Naruto Shippuden Really Did Kushina Dirty

Unashamedly, Naruto has been my jam since 2002. I first discovered the anime through fans subbing the show and uploading it to Kazaa in its early years, then it finally made its way to Toonami later on. When Shippuden would later launch, I scheduled time to watch every new episode as it came out. Since then, I’ve watched and read the series again and again, never growing tired of my old shounen favorite. My list of favorite characters changes every time, but Kushina has been one to always make the list. It wasn’t until my most recent rewatch though that I realized that this show really did Naruto’s mom dirty, like inexcusably so. And now I’m ill over it.

Let me be clear, this is honestly the story of most women in Naruto, so I don’t expect much. I love them all dearly, but creator Masashi Kishimoto is quick to take any of Sakura’s character development and completely disregard it for one-off, out-of-character moments chasing Sasuke during Shippuden. They’re bizarre choices, and Ino’s biggest moments are shoehorned into one episode, while her peer, Shikamaru, has the chance to grow over the series. Tenten is damn near nonexistent, so I mostly just cling to Tsunade for the one lady not miserably disregarded. But then there’s Kushina. 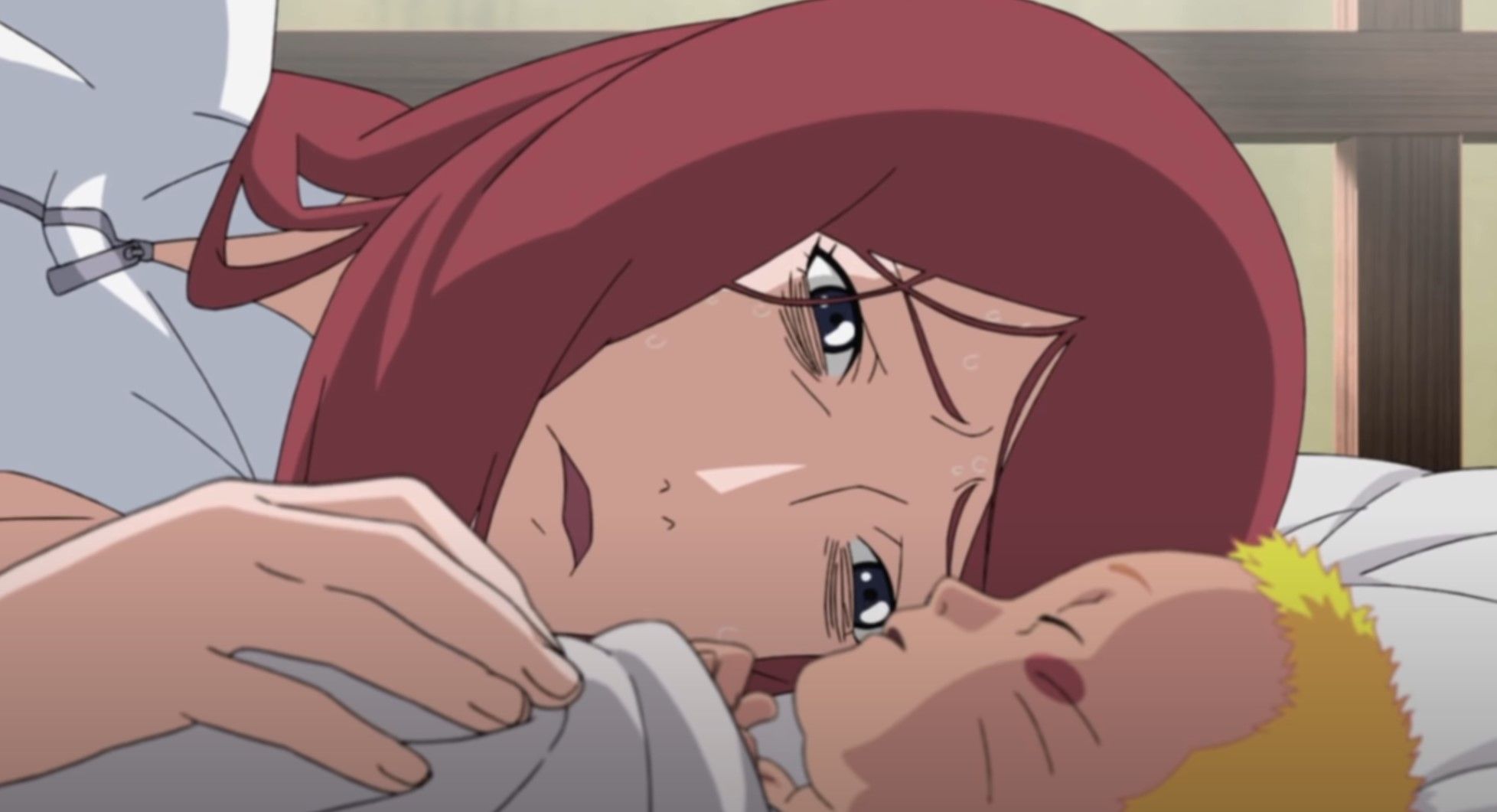 Kushina is the wife to the fourth Hokage, Minato, and mother to the series protagonist, Naruto Uzumaki. Kishimoto gives us a little glimpse outside of her life as wife and mom though, like how she was the reluctant host to the monstrous Nine Tails, and a young woman who dreamed of becoming Hokage herself. These were all little bits I loved about her, in combination with an adoration for this woman who was a caregiver and a fighter. I loved that Kushina was tough as nails, we see glimpses of that when she refuses to die as her tailed beast is ripped from her. But outside of a few episodes, where in the hell is she?

I think my anger extends beyond that of the typical “my mom is dead” trauma trope that so many creatives rely upon to empower child heroes. She’s dead, not coming back, gave her life to save her baby – got it, that’s fine, everything checks out. But her husband comes back for the entire last arc to save the world, and we never see another interaction between Kushina and Naruto like we do with dad and son. As I sat with my partner, watching Naruto bid his dad farewell as Minato’s spirit faded away again, he asked me, “So where in the hell was Kushina?”

Sure, they only brought back the Hokage there, I guess. Let’s disregard how Kabuto brought back damn near half the world. And sure, she was sealed, which adds a whole other layer of complications to bringing someone back, but Kishimoto constantly throws out the rules for his heroes, just as most Shounen tends to do, so why not for Kushina? What is it about mom’s death that made her so worthless compared to the rest of the cast? From my understanding, Kushina was no joke, she was a powerful kunoichi who hosted one of the most dangerous creatures in the shinobi world. 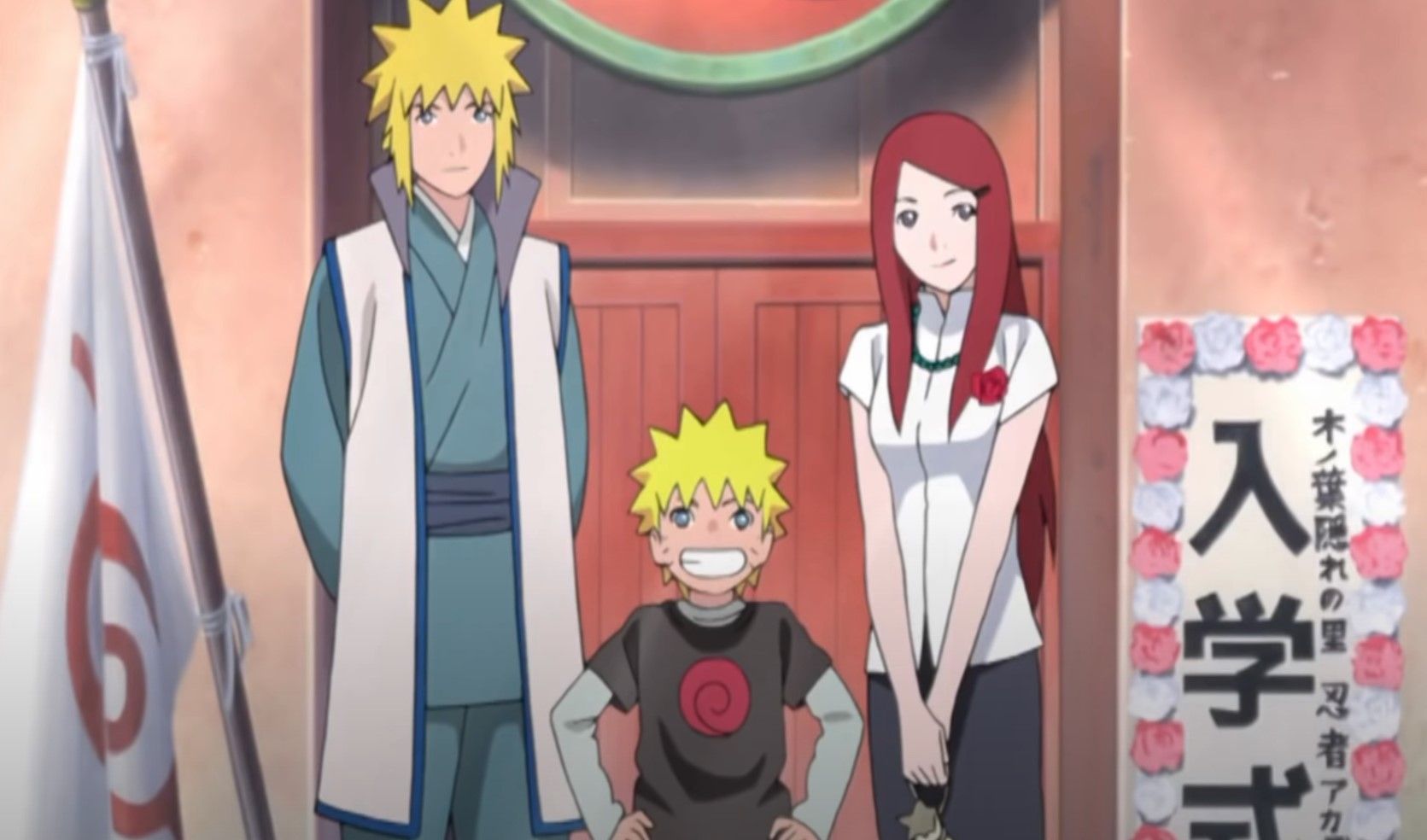 Or we can just admit what it was, Shippuden cast Kushina out as a boring, dead mom plot device. We could’ve done the same with Minato, but he got his time to shine anyway. As much as I love both Naruto and Shippuden, it still does most of its women dirty, and one of its most powerful – Uzumaki Kushina – wasn’t given the justice she deserved. Those tiny glimpses into her characterization were wonderful, I fell in love with the Red Hot-Blooded Habanero of the Hidden Leaf, but I’ll never get over the fact that Kushina was robbed of her time to shine. She was robbed of a chance to fight alongside her husband, her son, and cast off as a plot device. While her death remains one of my favorite moments in the entire series, it’s the refusal to bring her back, even just momentarily, in the same way Minato returned that leaves a sour taste in my mouth. And now that we’ve moved on to Boruto, it’s not one I’ll likely ever get over.