You are here:
Home / Lev Is By Far The Best Character In The Last Of Us Part 2

High above the dilapidated streets of Seattle, where roads lead to nowhere and concrete collapses into indistinct piles of rubble, skybridges form a type of infrastructure that represents progress against the apocalypse. Danger here is marked by distance instead of dread, where your adversaries are unstable kinks in the path ahead of you as opposed to mindless fungi with serrated teeth. For Abby, this is daunting – looking down at the ground below is dizzying to the point of powerlessness. For Lev, though, gliding between platforms hung suspended beneath the clouds is a piece of piss – it’s what he knows.

It’s important to dig into what Lev knows beyond being an aerial athlete. He knows the prophet, and Haven, and his family. He also knows that all of those things are inextricably intertwined with one another, and yet the links seem jumbled – why do the people of Haven fight when their beloved prophet wrote about peace? Why is his mother happy to ship him – a 13-year-old – off to marry one of the Elders, and why does she abstain from food out of a masochistic self-sentencing to repent for the fact that her son is simply trying to live his life? Lev knows the skybridges like the back of his hand, but he also knows that most of the purported knowledge he has been force-fed is riddled with contradictions and moral errors – the jumps and slides are straightforward, but the words he hears are lies. And so Lev stands up for himself and claps back against a brutal regime of religious fundamentalism.

Lev is continuously punished throughout The Last of Us Part 2, and it’s immensely difficult to watch. At points it feels as if he is in danger of becoming defined by trauma. His sister dies saving him, and he accidentally kills his own mother. If he was just a good devout child like his mother wanted, these things never would have happened – and yet they would have, because Lev is bursting with life and passion that has been lost to the Seraphites’ one-note fundamentalism. He is the single bright spark in a sea of darkness, but his invigoration of this spark is perceived as flammable, which is why his mother and the Elders fear his conviction in challenging their poisoned beliefs. I still think his story is unfair to him, but I also think he’s the best character in the entire game. Perhaps even more so than Ellie and Dina’s baby, Lev is the single most prominent embodiment of hope in this ostensibly hopeless world – without him, the game would collapse.

It’s easy to see Lev as the turning point for Abby’s hatred. Despite initially feeling relatively indifferent towards one another, Abby quickly begins to care for Lev like a little brother. Previously equipped with little more than strictly religious dialect, Lev begins swearing, and even says something is “cold.” “What do you mean cold?” Abby asks, before realizing that Lev was actually trying to say “cool.” His innocence makes his conviction so much stronger, as does the fact he is constantly learning beyond the very limited suite of information he was previously privy to. The back half of this game contains precious few modern-day moments that are uplifting, so hearing Lev joke is infectious. It was honestly one of the only things that got me through the more difficult parts of the game.

And it’s true that Lev helps to humanize Abby. What’s untrue is that he’s some kind of tool for doing so, a narrative device designed to soften her. It’s Lev’s own merit that causes Abby to change, as opposed to her character demanding a deuteragonist to achieve it. Abby may have gotten Lev away from Haven, but it’s Lev who saves her, and it’s done completely of his own accord. I mean, he literally saves her with Yara before helping her escape the forest she was prisoner in. While Abby gets the medicine for Yara and sails to Haven to rescue Lev, the only reason she’s able to do these things in the first place is because of the kindness Lev has shown her, that magical spark of real humanity in a world on the verge of losing it.

From here on out, Lev keeps Abby going – she even tries to refuse a fight with Ellie because she knows Lev is her priority now. She can never repay him for what he’s done, but she can try her best by giving him the ability to live, free and untethered to ridiculous regimes and the trauma they imposed on him. What she doesn’t realize is that sure, she can help him, but it’s his own strength that allows him to keep going, and, actually, Abby helping Lev is Abby helping herself. Lev knows this too – maybe not in particularly articulate words, but in how he feels and perceives things. Abby may look like the carer in this dynamic because of the fact she’s older, and bigger. Ultimately though, Lev is the one carrying her.

Lev is a beacon of hope in a world devoid of it. Despite growing up under intense cruelty, he managed to take the doctrines drilled into his head and dissect them for the truth at the heart of them – that peace is necessary, and that violence just perpetuates violence. If The Last of Us Part 2 is designed to represent a cycle of hate, Lev is the only person capable of breaking it. He remembers humanity instead of adhering to whatever grotesquely twisted form of it is consciously understood in order to justify unchecked violence in a world of voluntary selfishness. He sees the danger in wrenching beliefs into new and distorted forms – pretty amazing for a 13-year-old, right? There’s nobody else in either game who even comes close to his level.

If we ever get The Last of Us Part 3, I really hope it focuses on Lev. I know Ellie and Abby are still around, and I hope both of them find peace – that Ellie goes back to Jackson to live out her days with Dina and JJ, and that Abby eventually finds the Fireflies. Ultimately, though, I don’t want another game about incessant violence. I think it’s worthwhile to highlight how humanity debases itself in the post-apocalypse, and I think The Last of Us has gone to some very difficult places in order to depict that. Ultimately, though, Lev has convinced me that there is an antidote to hate. It’s hope, and kindness, and to be cliched for a minute, a will to be the change you want to see in the world. I truly hope Lev comes back in a future game and is given the future he deserves, instead of having it torn away for a story beat. If there’s anyone who’s earned the right to be happy and safe in this world, it’s him.

Next: Trans Day Of Visibility: Claire, Cyberpunk 2077, And Me 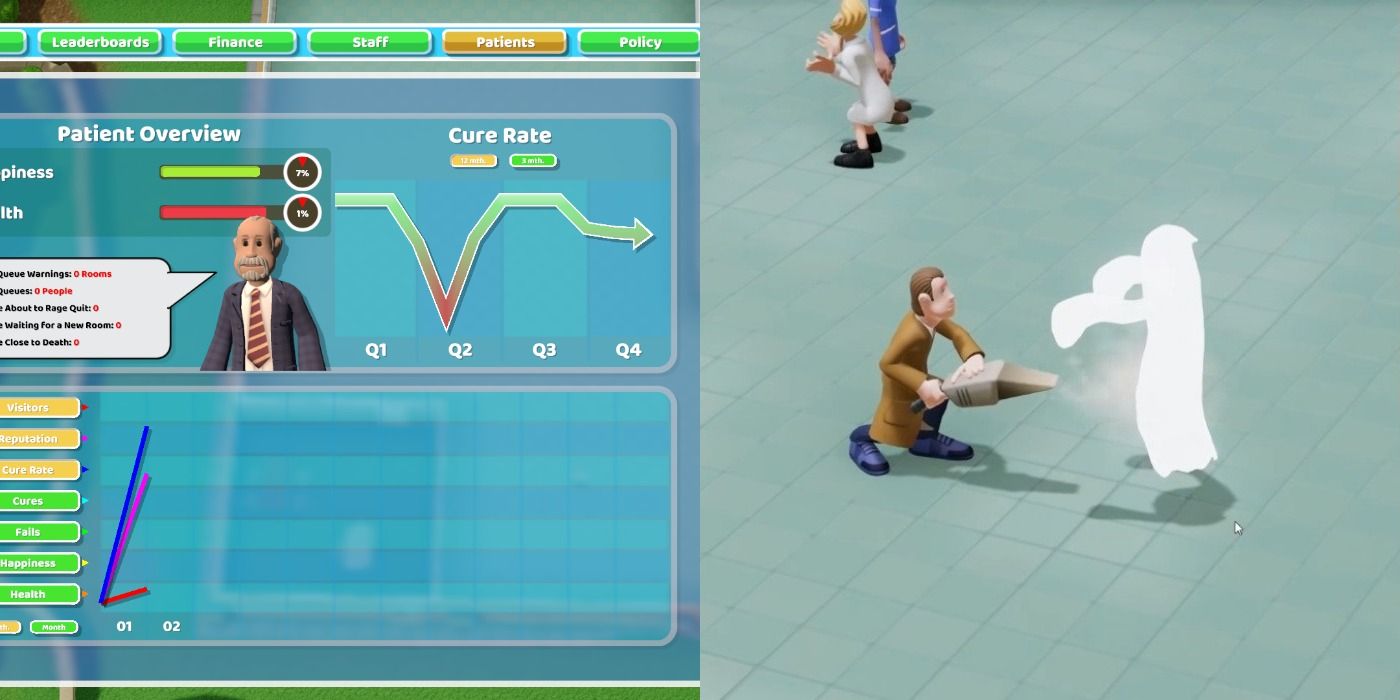