You are here:
Home / It’s A Shame They’re Remastering The Worst Fatal Frame

Of all the Wii U games to receive a revival in 2021, I’m surprised to see Fatal Frame: Maiden of Black Water make the cut, especially before Xenoblade Chronicles X is christened with the Switch adaptation it so rightfully deserves. Putting my love for Xenoblade aside, the upcoming re-release of this spooky photography sim had me raising my eyebrows in suspicion, especially when I learned it wasn’t just coming to Nintendo’s machine, but all major consoles and PC to boot.

Koei Tecmo’s decision to revive the weakest entry in its survival horror franchise is an unusual one, and likely comes down to it both being the most visually modern and likely relatively easy to port to existing hardware. I can’t blame the publisher for this – why not make a few extra pennies from a game that harshly underperformed both critically and commercially on its original console? That being said, it’s a shame that one of the series’ weaker entries is being given the spotlight.

If you aren’t familiar with Fatal Frame, it follows young girls as they find themselves running away from ghosts and using a mystical camera to take pictures and do battle with them. Ghosts can be damaged by taking pictures of them from certain angles, unveiling weak points and taking advantage of their peculiar designs with a number of creative gameplay ideas. The Wii U gamepad was perfectly suited for this, with players able to move it around to mimic the in-game viewfinder as they tried to spot ghoulies hiding in the darkness. The Switch is equally as fitting, and will likely adopt many of the unique features of its older sibling.

While it was the most ambitious in terms of gameplay, Maiden of Black Water was held back in almost every other way. Its cast of characters were wooden and vapid, making decisions so stupid that the horror often morphed into an unintentional bout of comedy. A so-so English dub and overall murky aesthetic dominated by blacks and browns didn’t do it many favours either, with many of the game’s more memorable elements being its problematic ones.

One of Koei Tecmo’s flagship properties is Dead or Alive, a series that is more renowned for its gratuitous depiction of female characters than it is for anything else. The combat system itself is incredibly solid, but public perception has never focused on that. It was all about revealing outfits, bouncing breasts, and playable women who existed for titillation first and foremost – it’s Jiggle Physics: The Game to a lot of people. Given its popularity, many of its attitudes found themselves worming their way into Fatal Frame. Other games were far more subdued, yet Maiden of Black Water’s revealing outfits and campy unlockable costumes took away any semblance of horror as ditzy girls ran away from apparitions in a flurry of bountiful chest movements and cringe-inducing panty shots. 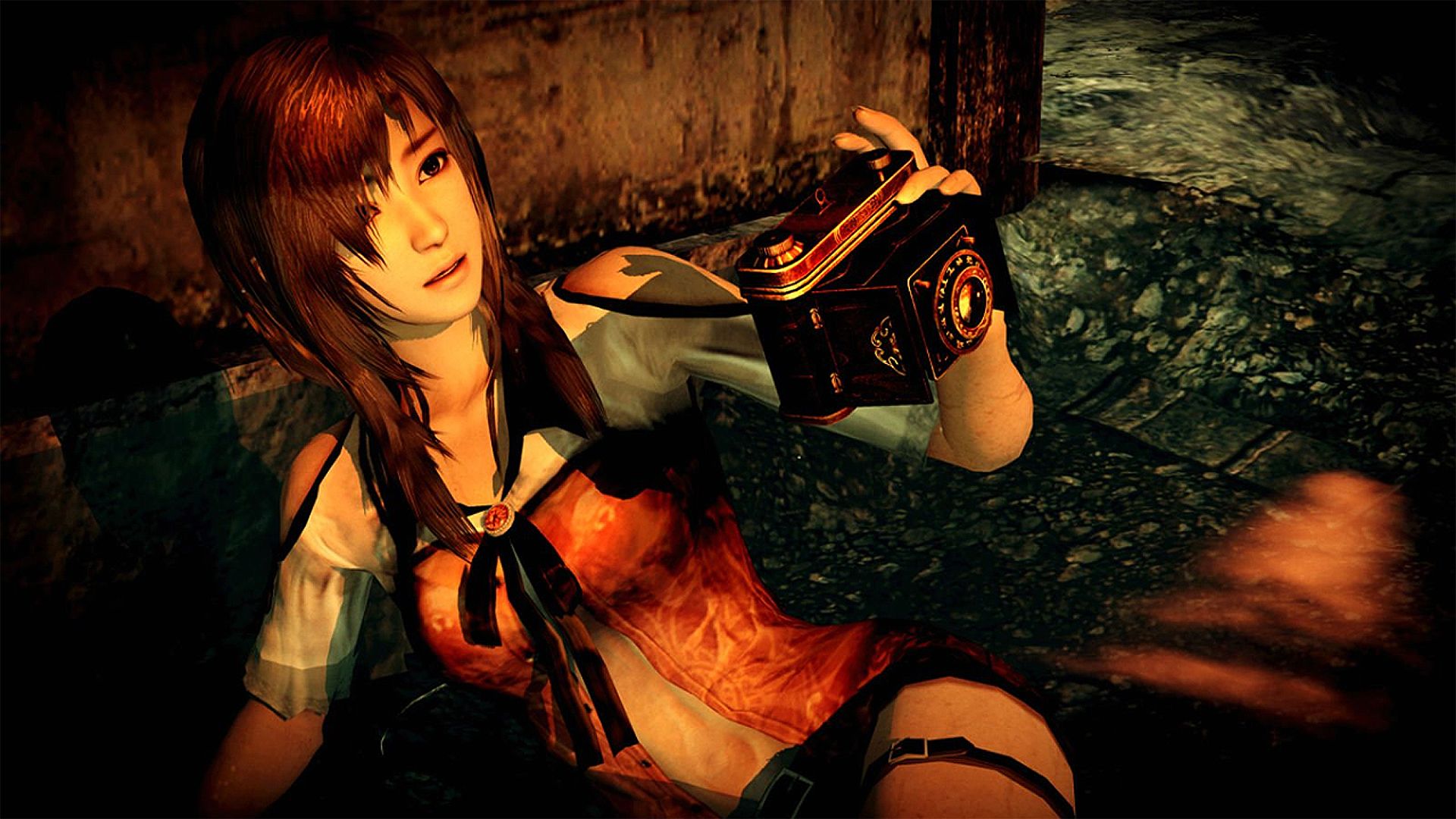 As one of the few games in the survival horror genre to tackle traditional Japanese influences with genuine meaning, it was a shame to see it reduced to something that prioritised skimpy outfits and the male gaze over the culture that inspired it. Fatal Frame: Maiden of Black Water returning to modern platforms is only going to further highlight its myriad problems, while digging up the original games for a new audience could have given the cult classic a whole new lease of life. Boobs are all well and good, but they don’t need to be mixed up with ghosts and ghouls. Unfortunately, it seems Koei Tecmo didn’t get the message.