You are here:
Home / Is Monster Hunter Getting Too Easy?

Is Monster Hunter Getting Too Easy?

Monster Hunter: World caused some division among fans when it was released in 2018. Despite being Capcom’s best-selling game of all time, a lot of Monster Hunter veterans felt like World had lost the complexity that made the series so challenging and rewarding. As a newcomer, I appreciated how streamlined and approachable Monster Hunter: World was for beginners. The latest installment, Monster Hunter Rise, continues that trend by stripping away even more features and mechanics from World. As a Monster Hunter: World veteran, even I can see how simplistic the series has become, and I can’t help but wonder if it’s already gone too far.

There’s no doubt that lowering the barrier to entry was a major factor in the success of Monster Hunter World. With over 20 million copies sold, World dwarfs the rest of the series. That said, Monster Hunter: World was also the first multi-platform game in the series, and the first home console release since 2009’s Monster Hunter Tri – the rest having been handheld games. World was bound to be a lot of people’s first Monster Hunter game, and Capcom was wise to cut out a lot of the tedium and arcane systems that had once defined the series. When Generations Ultimate came along the following year, World players were actively discouraged from playing it by the community. It was a re-release of a game that came out before Monster Hunter: World so it felt like a step back for the series to anyone that was only familiar with World’s many quality of life improvements.

That isn’t to say Monster Hunter: World was frictionless. Item management and hunt preparation were still a major focus, and menu navigation hadn’t improved much from the previous games. While the Scoutflies made monster tracking a lot easier than the old paintball system, they still required you to collect footsteps and develop a familiarity with the monster over many hunts. Base management systems like the Botanical Research Center required constant management between hunts, and even cooking pre-hunt meals was a complex and ever-evolving task. World was much simpler than previous entries, but it required a lot of effort to learn.

But just as World streamlined the series, Monster Hunter Rise takes another huge step towards approachability. Monster tracking and footstep collecting has been completely removed – now monsters just appear on your map exactly where they are and you only need to hunt a monster once to learn its strengths and weaknesses. Similarly, the cooking process has been turned into a simple process of perk selection before each hunt. There’s far less item management than ever, no slinger ammo, no clutch claw, and no special equipment like mantles and boosters. Some weapons have even had their upgrade paths simplified, like the Insect Glaive, which no longer has upgrade paths for Kinsects. Fighting mechanics are a lot more fluid and forgiving thanks to Wirebugs, and the difficulty has been adjusted to give three-player parties an easier time.

A lot of these changes – like the removal of footprint tracking – are massive quality-of-life improvements over World. At the same time, World required a level of competency and dedication that Rise does not, just as the Monster Hunter games of the past were more demanding than World was. As much as I appreciate the ability to sprint from hunt to hunt without the need to micromanage my way through menus, part of me misses the intricacy of Monster Hunter World’s various systems. 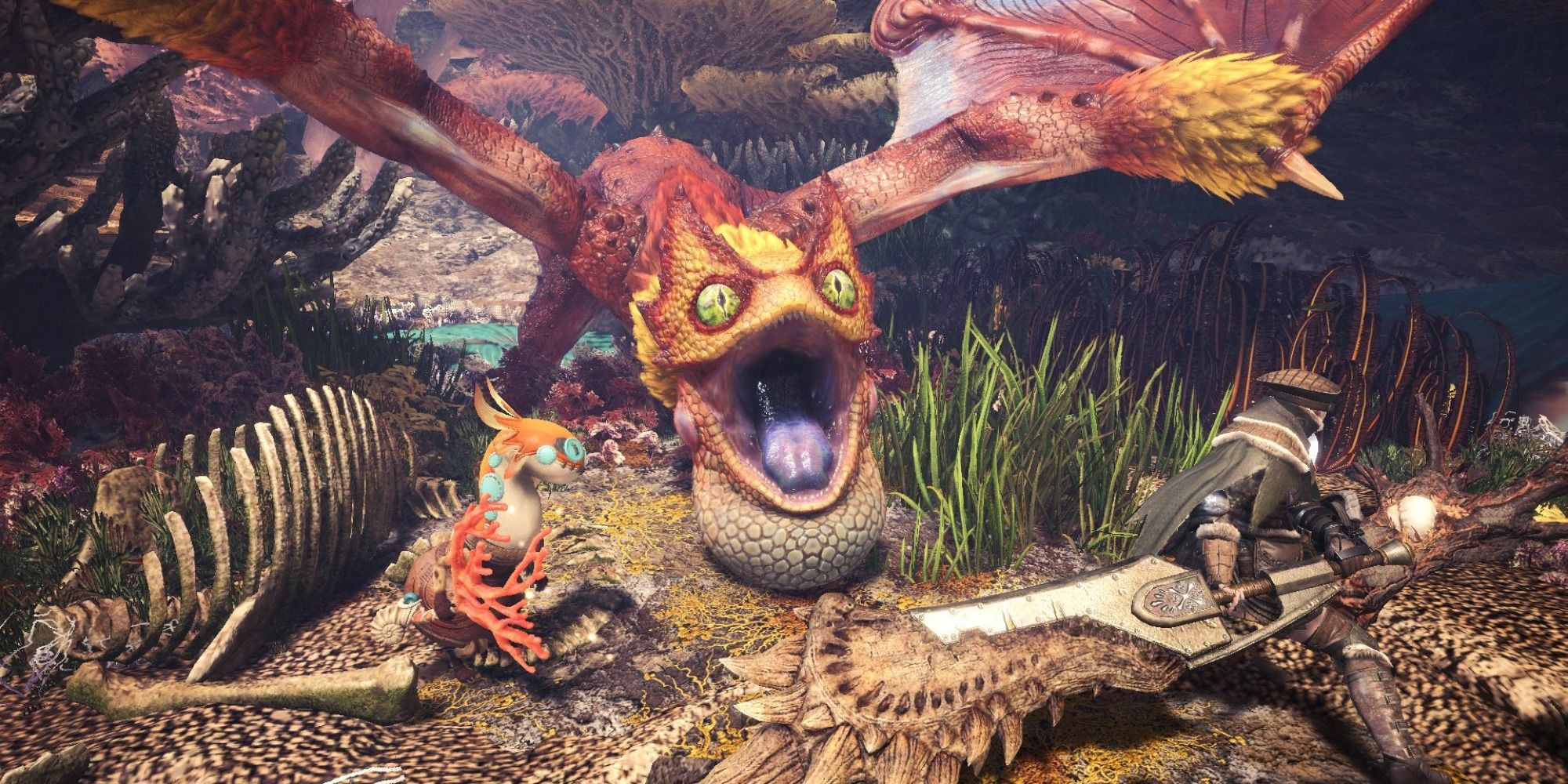 For various reasons, some preferred Monster Hunter when it was more impenetrable. A more demanding experience is inherently more rewarding to those who commit to mastering it. At the same time, there’s nothing noble about purists who are only interested in gatekeeping their favorite games from more casual players who don’t have the time or the patience to contend with obtuse systems and tedious gameplay loops. More people playing Monster Hunter will always be a good thing, even if it means simplifying things – to a certain degree.

In the case of Monster Hunter: World, the numbers don’t lie. And while Rise hasn’t reached nearly the same peak, it’s clear that trimming even more fat has led to success. It seems that Capcom has found the sweet spot for Monster Hunter that appeals to both hardcore fans and casual players alike. If it tries to cast a wider net post-Rise, though, I fear it will start to lose some aspects that make the series what it is.

Eliminating pain points in menu navigation and resource micromanagement is good, but it’s easy to oversimplify things. Monster Hunter Rise already gives us a great example of that with the new Cahoot system that replaced World’s Scoutflies. The footprint gathering process was a huge chore in World, but Rise overcorrected by completely eliminating the tracking process. Without a way to survey the environment, learn weaknesses, and discover behaviors, it’s not really monster hunting – it's just monster fighting. I think letting the Cahoot automatically track every monster in the region hurts the experience. I’d like to see tracking come back in some form in the future, but if things continue in the current direction, hunting will only get easier.

Monster Hunter: World changed everything for the series, and it's easy to see that Capcom is still finding the right balance. For all of the great new features that Rise introduced, it trimmed away a bit too much for my taste. Going forward, we might see the series split into two distinct styles: a multi-platform series that maintains more of the traditional Monster Hunter mechanics, and a Switch series that aims to be as accessible as possible. But with the series’ 20th anniversary coming in 2024, at least one thing is clear: we have a lot more Monster Hunter to look forward to.