You are here:
Home / Invincible Is The Future Of Superhero Shows

Invincible Is The Future Of Superhero Shows

Amazon’s superhero series Invincible came to an end last week, although it’s not so much an ending as it is a beginning. For one thing, the series has already been renewed through seasons two and three, but also, after a growing trend in superhero shows, Invincible seems to have finally broken through the boundaries.

Superhero movies (particularly the MCU ones) have brought superheroes to a level of pop culture relevance not seen since the Golden Age of comics, or possibly ever. It’s a much smaller world these days, and superhero movies are a smash hit worldwide – they’re part of global pop culture, and come without the hefty price tag of modern video games. The movies have moved from cheesy, schlocky beat-’em-ups into expertly produced, decade-long sagas that pull in some of the biggest talent in showbusiness.

In some ways, that gives them license to try new things, like the sitcom tropes of WandaVision, or the natural sunlight of Eternals – and yes, sunlight is a new thing to Marvel, Kevin Feige even admitted to being shocked that director Chloe Zhao didn’t use VFX on her lighting. However, in other ways, it pushes them to play safe. Superhero movies have a wide audience, and that means everything needs to appeal to the masses. You can try a new twist on the genre to see if the masses go for it, but please – no swearing. 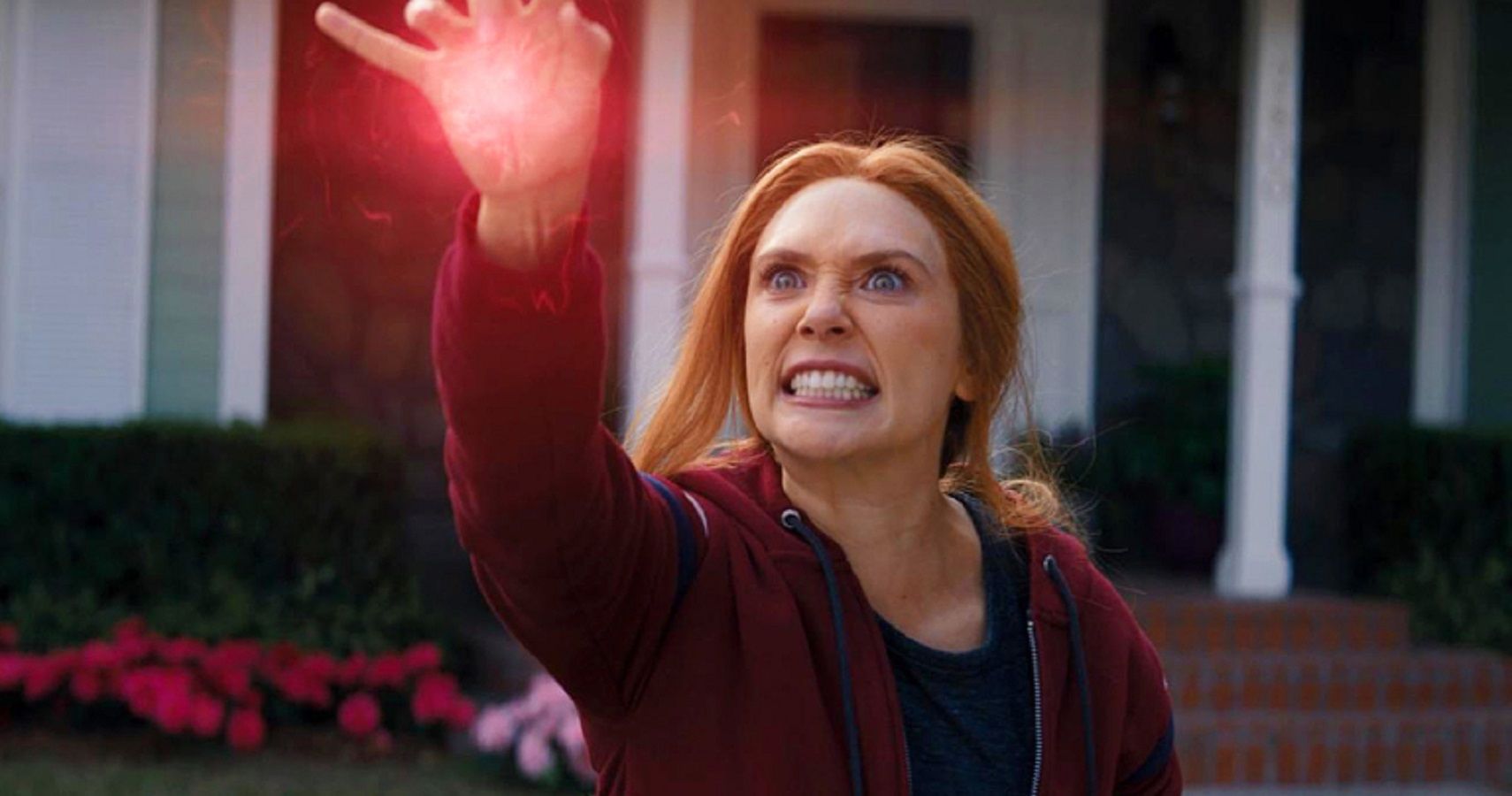 That’s where the television shows come into it. They get to be far more outrageous, and appeal to the adult audience – an adult audience that may well have gotten hooked on heroes via the MCU, and is looking for something a little grislier to sit alongside the popcorn blockbusters that launch every few months. Invincible is the latest of these shows, and it’s not even the best – but it feels like there’s now enough of these shows that we can call it a trend. While the movies play it safe with the masses, television is able to take these tropes further, and explore them in ways the movies never will.

For example, Invincible deals with our titular hero figuring out how to balance his new powers with his studies, his love life, and the fact his dad, Omni-Man, is basically Superman. Oh, except his dad is actually on Earth to make it ripe for colonisation by his homeworld, and has just murdered what amounts to the show’s version of the Avengers/the Justice League. The humour is much more coarse, the fight scenes much bloodier, sure. But also, because it isn’t worried about global box office draw, it doesn’t need to censor issues like having a prominent gay character in a relationship either. The freedom Invincible and its ilk brings isn’t just in the form of intestines being ripped out or swear words – not courting mass market appeal means representation is much more free flowing too, as well as giving the shows more room to tackle tough issues.

Alongside Invincible, there’s also Harley Quinn, MODOK (basically Marvel’s answer to Harley Quinn), The Punisher, The Umbrella Academy, and of course, The Boys. These are all fantastic, and The Boys especially has sunk its claws into the mainstream, so it’s unfair to say that Invincible alone has established this new trend. Maybe it’s unfair to point to Invincible at all; The Boys has enjoyed far more success anyway. But it takes more than one upshoot to tip the scales. The Boys is phenomenal, but on its own, it’s just a very successful, very dark television drama that happens to have superheroes at its core. Invincible may even owe some of its existence to The Boys, since they’re both Amazon Prime shows, and it’s together – along with the other superhero shows that have risen to prominence – that they’ve established this new trend. 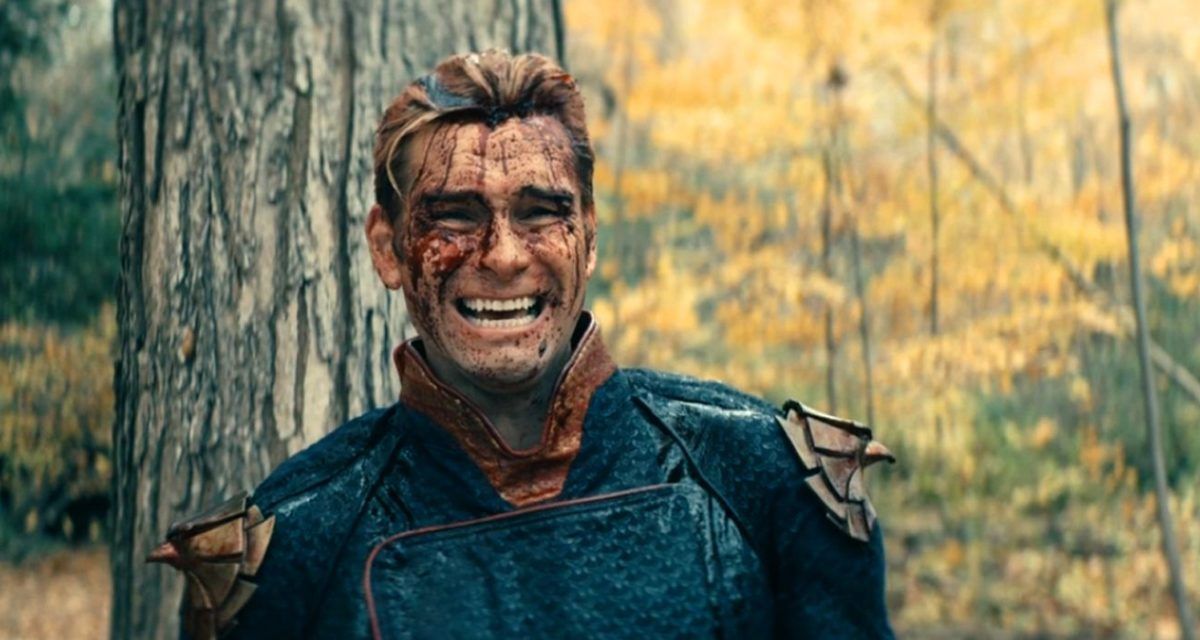 The Boys explicitly explores the links between YouTube rabbit holes, PewDiePie, and the rise of the online alt-right, as well as political corruption, terrorism, racism, sexuality, gender equality, and fascism – much like Homelander himself, the show refuses to pull its punches. It even depicts a young man being radicalised into becoming a white supremacist terrorist and shooting a Middle Eastern convenience store owner alongside a separate storyline about hidden ‘super terrorists’, which is a very clear and unflinching analogy for the way the American news depicts Muslims and refugees.

That’s not to say that all superhero shows from now on need to be ultraviolent gorefests. ‘What if Superman but bad?’ is tired now, even if Omni-Man and Homelander do just about enough with it to be fresh. There’s still room for superhero shows that don’t need to make everything dark – the point is that these shows have each pushed the idea of a superhero story further and further away from what we expect on the silver screen, meaning shows no longer need to copy the movies in order to survive. For a long time, television superhero shows have done their own thing. Batman Beyond, Batman: The Animated Series, X-Men: The Animated Series, and Spectacular Spider-Man are all great examples of this in animation alone, and that’s before you add in the likes of Heroes and Watchmen. Meanwhile, the comics themselves have obviously been doing this for decades.

Neither Invincible nor The Boys are the first to reimagine superheroes as something darker – both are literally adaptations of comic books that do the same thing. But in our post-MCU comic book adaptation landscape, we should be celebrating that television shows like Invincible are able to push past simply copying the MCU to be able to tell different types of stories with themes and plots and twists that the most popular superhero flicks just aren’t able to get away with.