You are here:
Home / I’m Still Annoyed More People Didn’t Play Pillars Of Eternity 2, Because It’s One Of The Best RPGs Ever Made

I’m Still Annoyed More People Didn’t Play Pillars Of Eternity 2, Because It’s One Of The Best RPGs Ever Made

Pillars of Eternity and its sequel, Pillars of Eternity 2: Deadfire, are some of the best role-playing games ever made. Inspired by classic Infinity Engine RPGs such as Icewind Dale, Baldur's Gate, and Planescape: Torment, they're both incredibly rich, rewarding games, with superb writing, tactical combat, a huge amount of reactivity, and the ability to sculpt a character who is completely unique to you. Everything an RPG should be, basically.

Yet despite widespread critical acclaim, and some of developer Obsidian's finest narrative and RPG design to date, the future of the Pillars of Eternity series hangs in the balance. Sales of Deadfire were lower than expected, severely reducing the likelihood of a sequel. Honestly, this pisses me off. A series this good deserves better, and I really don't understand why an RPG of this quality failed to find an audience—especially on PC.

Veteran RPG designer Josh Sawyer, director of the Pillars of Eternity series and studio design director at Obsidian, frequently answers questions from curious fans on his Tumblr page. His responses are funny, honest, and insightful, and I highly recommend checking in occasionally if you're interested in the art of game design—or vintage bicycles, which he seems to enjoy as much as the intricacies of role-playing systems. 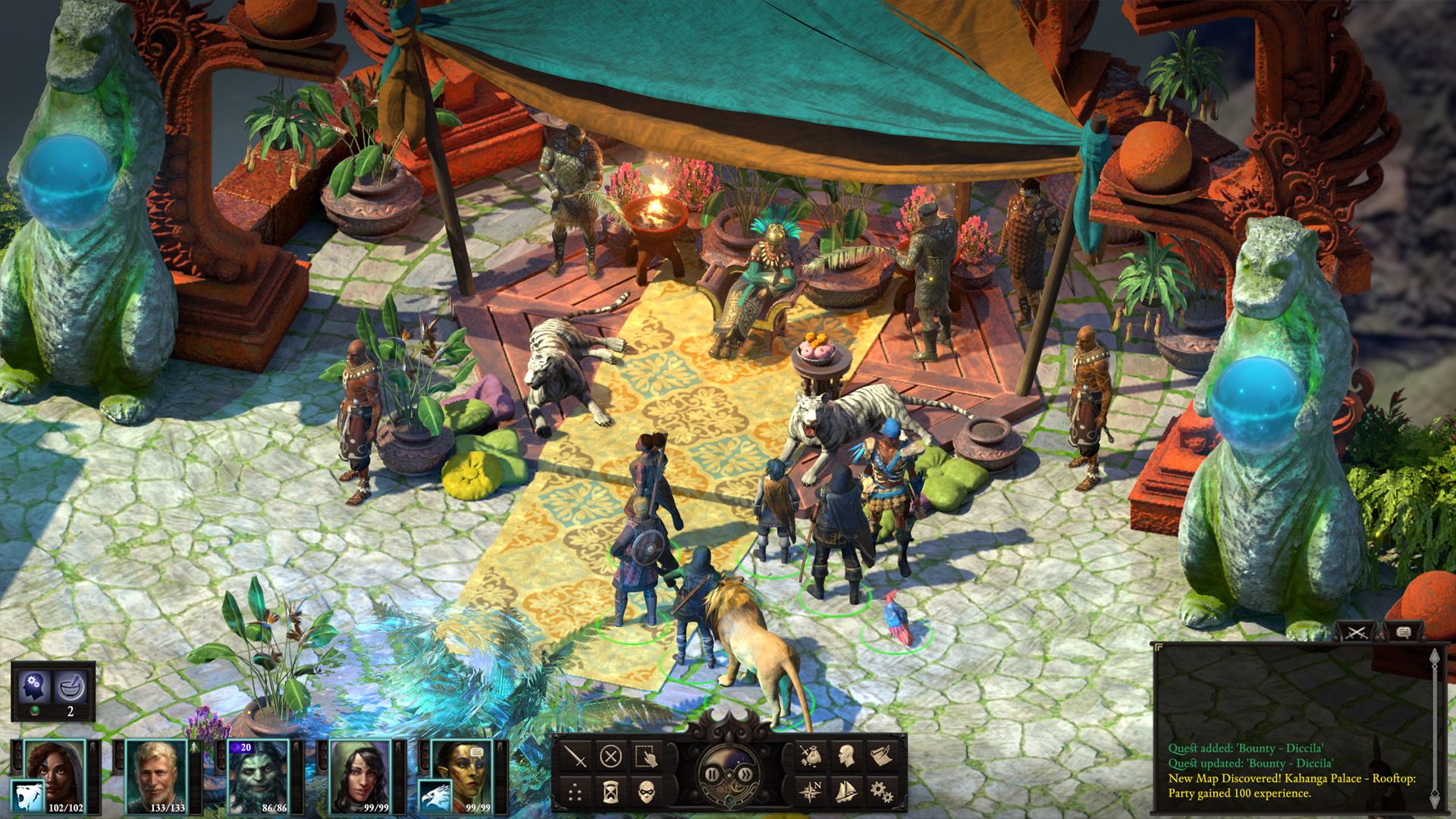 In 2019, someone asked Sawyer if there would ever be a Pillars of Eternity 3. "That's not something I get to decide," he answered. "But I do think that the relatively low sales of Deadfire mean that if we consider making another Pillars game in this style, we're going to have to re-examine the entire format of the game." Exactly how low Deadfire's sales were is unknown, but it reportedly sold fewer copies than the original game.

It was well received by most critics and widely acknowledged as a significant improvement over its predecessor—which only added to Sawyer's uncertainty about its lack of sales success. "Without really understanding the reason(s), it's hard to know how to move forward," he wrote. "It would be easier in some ways if Deadfire was also a colossal critical failure and we could point to the massive screw-ups that we needed to address."

Deadfire earned its many positive reviews by being an exceptional RPG. Set in the Deadfire Archipelago, a chain of tropical islands, it's a fantasy RPG with a piratical twist. Commanding a galleon, you travel freely between these story-filled islands, getting into adventures, meeting interesting characters, slaying monsters, and losing hours to brilliantly written, unpredictable, and morally challenging quests. It's a feast of an RPG.

Mirroring our own murky history, specifically the colonisation of the Pacific, foreign factions are creeping into the archipelago, threatening the traditional way of life of the native Huana. Some welcome the jobs and trade, while others see it as an invasion. This is the basis of some of the game's most compelling stories—and you can choose whether you ally with the Huana, get chummy with the colonisers, or remain coldly neutral. 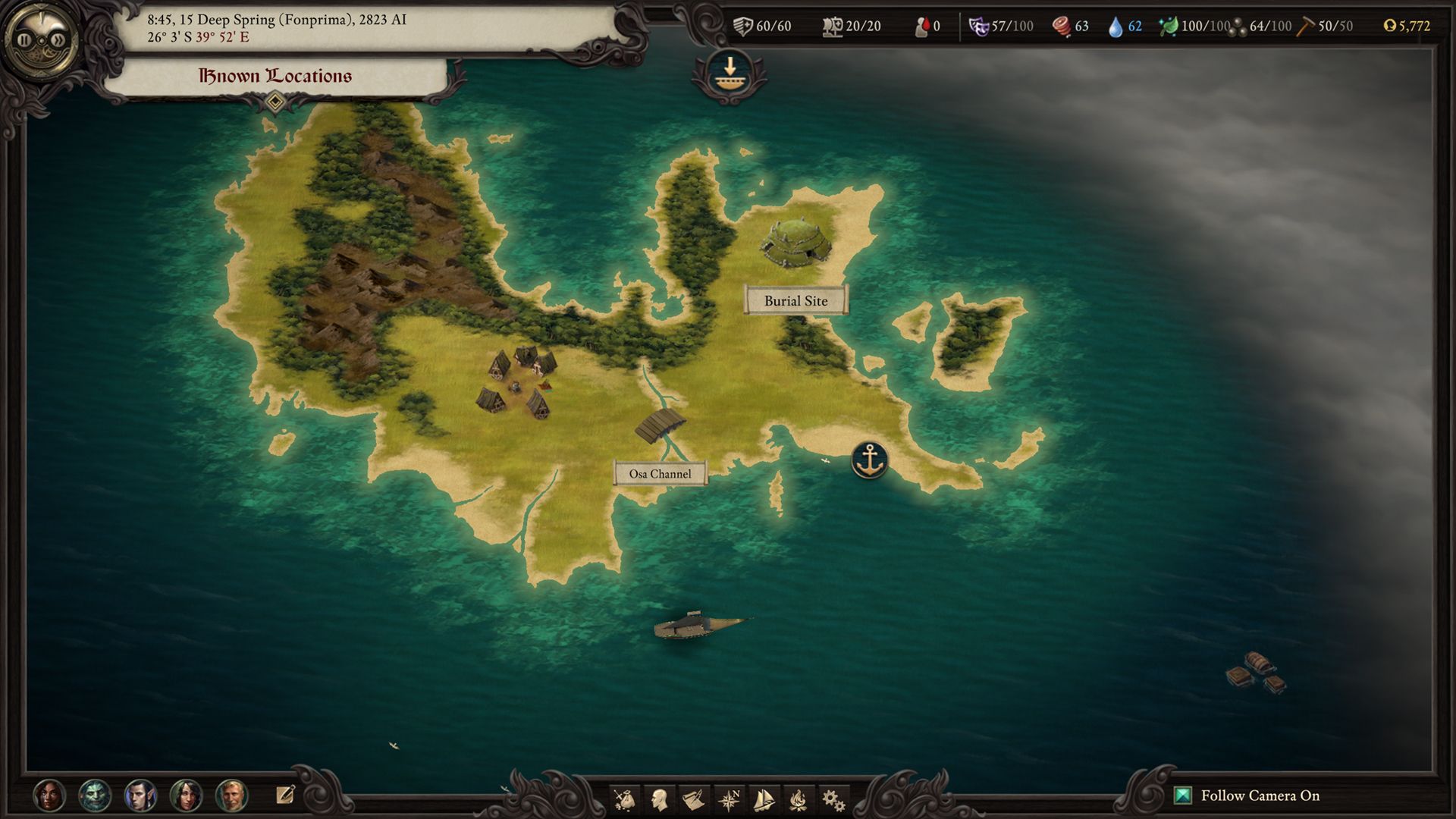 The Deadfire Archipelago's many scattered islands are heaving with lovingly hand-crafted content, and having the freedom to explore this vividly painted world on your own ship, at your own pace, is exhilarating. You're never sure what you're going to find when the fog drifts back to reveal an uncharted landmass. There's a vast, beautiful city to explore too, as well as numerous towns and villages—all with their own stories to tell.

Throw in deep, strategic combat, a dialogue system that gives you fine control over your character's personality, a world that reacts to the things you say and do, companions with flawed, nuanced personalities, and a number of standout quests—including one that plays out like a Hitman level—and you've got one hell of an RPG on your hands. Obsidian created something wonderful here, which makes those reports of low sales really sting.

The internet is full of theories about why the game failed to ignite people's imaginations. Some blame the art style, which intentionally evokes an older style of RPG. Others point to the heavy focus on dialogue, the challenging combat, or the fact it was a sequel, putting people who didn't play the original off—despite it being an almost entirely standalone story. It could be any of these reasons, or none of them. It's tricky to say.

"I'm sure some of the people reading this think they know precisely why Deadfire sold worse than Pillars 1," Sawyer wrote. "I don't have that confidence, which is one of several reasons why I am leery about trying to direct a sequel. I couldn't give our (Obsidian's) audience the game that they wanted and without understanding where I went wrong, I would be guessing at what the problems are and how to remedy them." 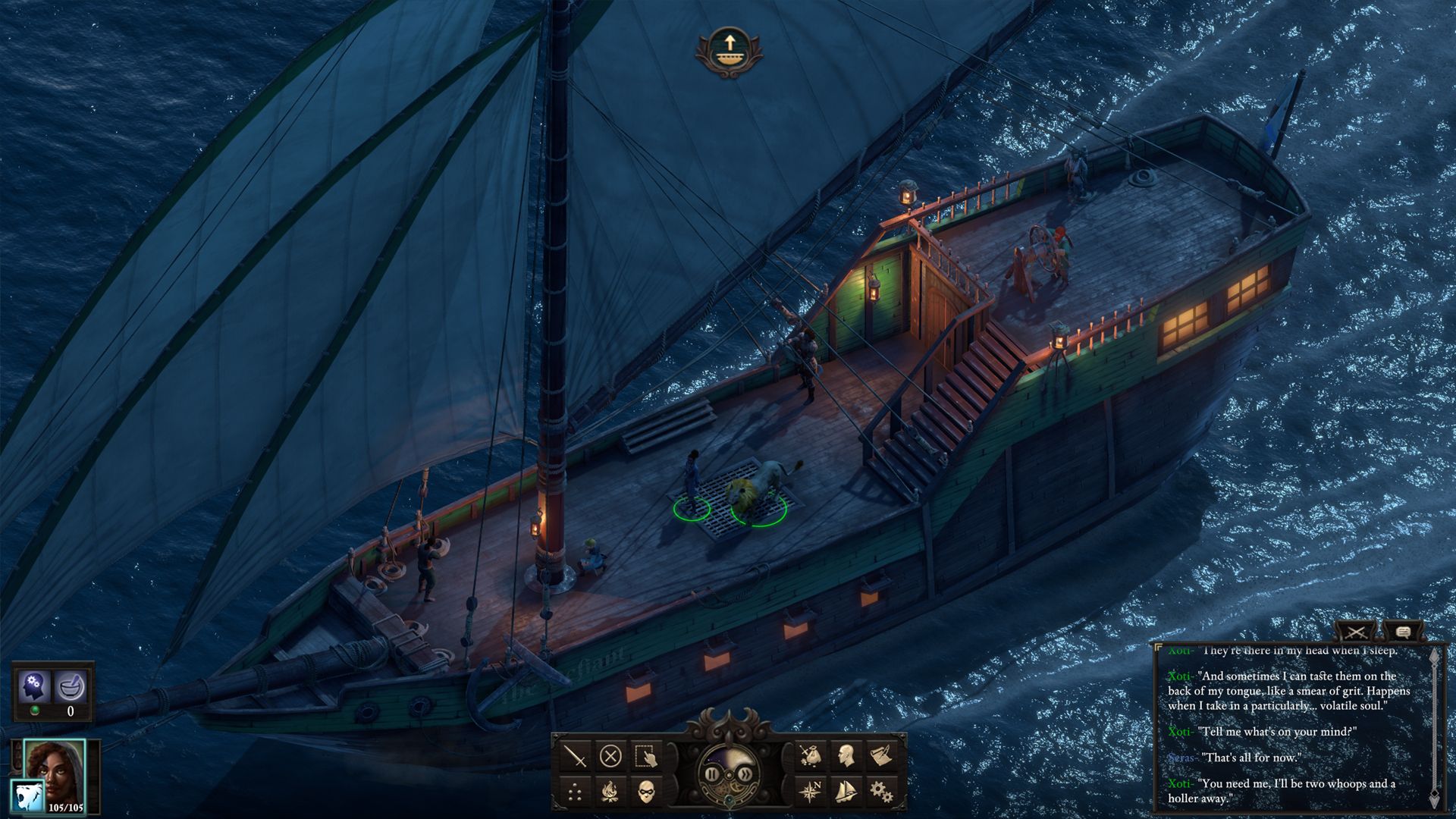 The first game was designed specifically for people who missed the kinds of classic CRPG developed by studios like Black Isle and BioWare, and over 70,000 people pledged $4 million on Kickstarter to bring it to life. But it was more than just a nostalgia trip. Pillars of Eternity was a great RPG in its own right, and the sequel—with that Age of Sail-inspired seafaring element—further set it apart from its influences.

Die-hard fans of those old CRPGs, myself included, couldn't have been happier with how both Pillars games turned out—but I get why the series perhaps failed to find an audience outside of those circles. If you have no nostalgia for it, you might find the self-consciously retro aesthetic and design philosophy off-putting. It looks and feels ancient compared to something like Divinity, with its 3D world and physics-driven combat.

But if you're an RPG fan who values intricate narrative and quest design, deep combat, interesting characters, and a world you can meaningfully impact, you owe it to yourself to play Pillars of Eternity 2. It might look old-fashioned with its late '90s pre-rendered backgrounds and those great walls of text, but you can still get totally lost in its world thanks to the quality of the art, the richly descriptive writing, and the thoughtful world-building. 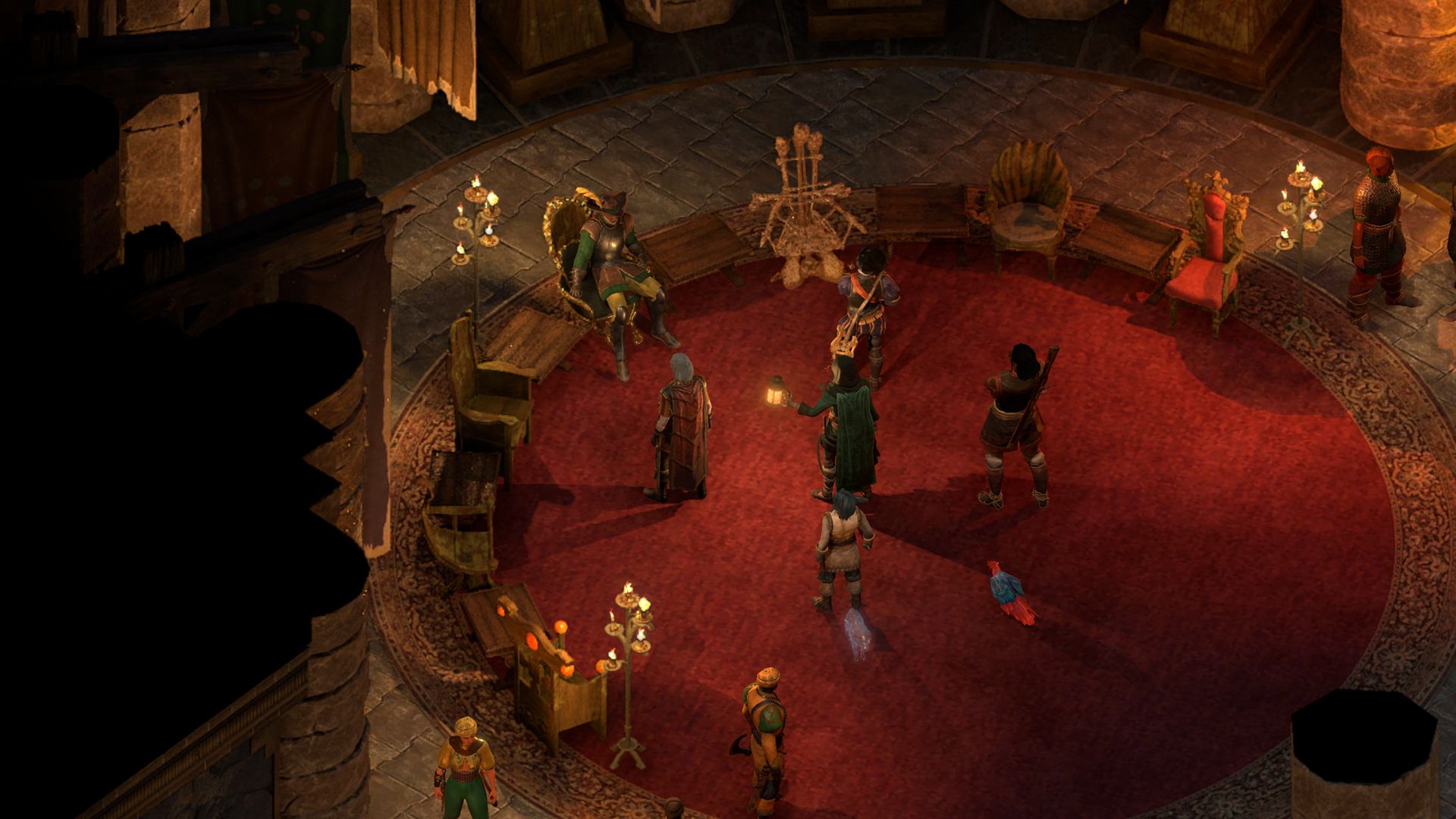 Don't worry if you haven't played all 80+ hours of the first game. All you need to know is that you're a Watcher, a person who can relive the past through the souls of the dead, and that you're chasing a god who destroyed your castle and almost killed you. Other than that, this is a brand new story, and the pursuit of that rampaging god across these lush islands is one filled with mystery, adventure, romance, and political intrigue.

Even if a third Pillars of Eternity never sees the light of day, I'm taking some solace in the fact that Obsidian's next big game, Avowed, is set in the same world. A first-person Skyrim-inspired RPG won't be quite the same, but I'm excited to return to this dark fantasy realm all the same. Will we ever see another Pillars game designed in the Infinity Engine mould? It's highly unlikely, sadly, but I get why Obsidian would want to be cautious.