You are here:
Home / I Wish Legendary Pokemon Weren’t So Boring

Lugia is my favourite Legendary Pokemon. If you’ve read my explainer on the real-world mythology that inspired some of Pokemon’s most mysterious creatures, you’ll know that Lugia was largely based on Ryujin, a Japanese water dragon who hangs out at the bottom of the ocean. This basis is in Lugia’s favour – Whirl Islands, where it slumbers – is an amazing area teeming with all kinds of wonder and sublimity, especially given its proximity to the Pokemon city named after me, AKA the worst location in Pokemon history. That’s not to mention the fact Lugia also just has an excellent design in general, while its signature move, Aeroblast, absolutely slaps, both in terms of technique premise and actual impact.

But aside from Suicune, Rayquaza, Groudon, and a couple of the Tapus, the rest of the Legendary ‘mons in Pokemon are proper boring. They’re mostly dragons that don’t look like dragons, edgelords that don’t look like Pokemon, or dragons that look like edgelords, which sometimes happen to look a bit like Pokemon. Giratina is all of these things. So is Zygarde. Eternatus fits the bill too. Sure, Kyurem might not look like an edgelord, but it looks more like a chicken with plate armor than a dragon, so I don’t think that’s much of a riposte against my argument either. Dialga and Palkia are ridiculous too – they’re basically two five-year-olds’ visions for what a Transformer crossed with a badly-drawn T-Rex would look like. I am once again asking for Game Freak to stop making all the good Pokemon Dragon-types, especially the ones that are, you know, not actually dragons.

Admittedly, Zekrom looks half-decent – I’ll give Game Freak that much. Latios and Latias are pretty cool too. But despite the fact this article is about Legendary ‘mons, I’m going to be a bit cheeky here and invoke the spirit of a Dragon-type Ultra Beast in order to prove my point that nobody at Nintendo knows what a dragon looks like. Distinguished readers, I give you: Guzzlord. 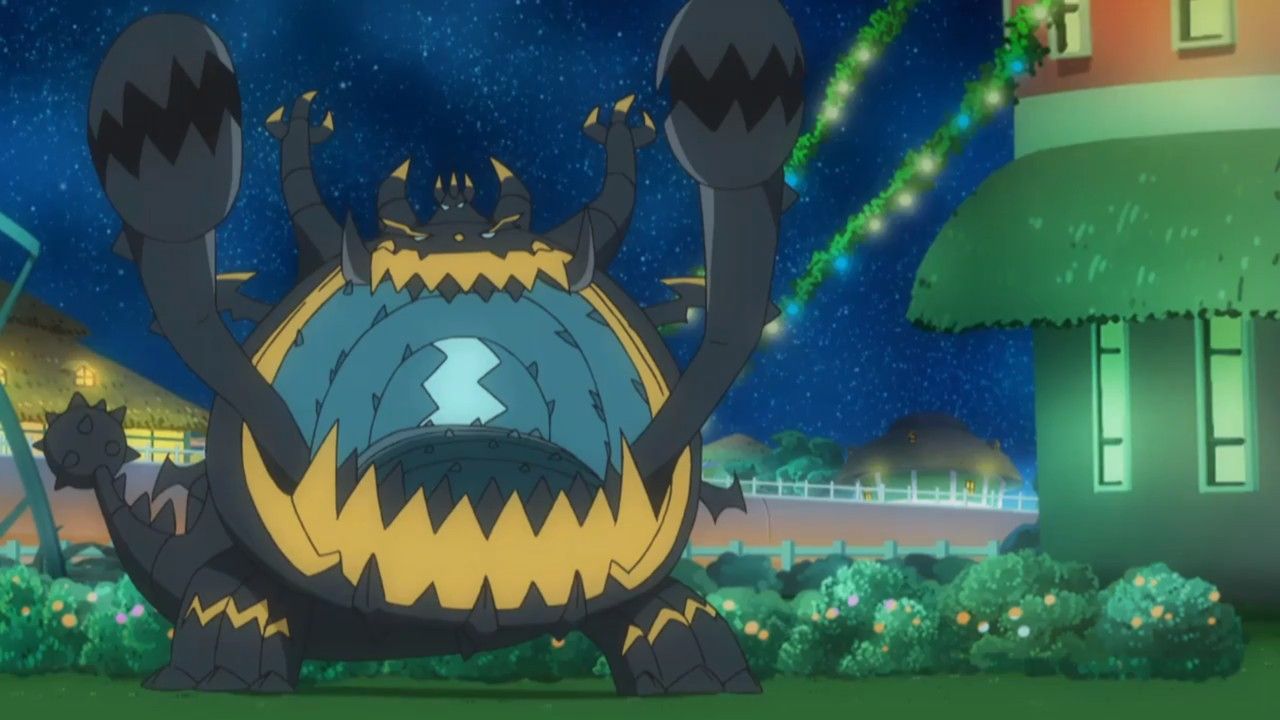 I mean, it’s not all dragons. Despite the fact that Game Freak has associated Dragon-types with being stupidly powerful ever since Dragonite became the first pseudo-Legendary, there are some Legendary Pokemon with other typings. We’ve got the Legendary Birds, who all received additional alternate typings in Sword & Shield. There’s the Legendary Dogs, representing Water, Fire, and Electric, and neither Groudon or Kyogre is part-Dragon. Mewtwo, perhaps the most famous Legendary Pokemon of all time, is a pure Psychic-type. We’ve got the Lake Guardians, Cresselia, Heatran, the Regis, Silvally, the Tapus, and loads more besides. Ultimately, though, loads of these are rubbish. What on Earth is Cresselia supposed to be? A moon duck with ribbons for legs? Oooh, so intimidating – the very image of an all-powerful Legendary Pokemon that’s supposed to be some sort of pseudo-god. Heatran is a metal fire tortoise… actually maybe Heatran is pretty cool. But Calyrex? The floaty malnourished rabbit with Ki-Adi-Mundi’s forehead mixed with a Brussels sprout for a brain? Come on. Surely we can do a whole lot better than that. If not for Peony, I never would have even bothered catching Caly-almost-wrecked-the-DLC.

What annoys me is that there are so many fantastic designs for perfectly ordinary Pokemon out there. Tyranitar is one of my favourite-looking ‘mons to this day, while some of the Eeveelutions – namely Vaporeon and Umbreon – are amazing. Starters kind of fall into the same scarcity bracket as Legendaries, but when you look at Blastoise, Blaziken, and Torterra, it’s like… Well, why not just make those the Legendary designs? At least catching them would be a bit more enticing that way. I’d much rather my Legendary be a gigantic tortoise with literal cannon shoulders than have to plant a ghost carrot for a psychic rabbit so it can link up with its much cooler steed who actually I would prefer on its own, so… go away weird rabbit, thanks.

It’s not just an old Gen thing either. Grimmsnarl has a much better design than any of the Gen 8 Legendaries, as does Dragapult. I even like Obstagoon more than Eternatus. For Gen 7, Mimikyu is way cooler than Lunala, Necrozma, and Type: Null combined. Solgaleo is admittedly pretty OK, but it’s got nothing on everyone’s favourite Ghost-achu.

I’m just not that fussed with Legendaries. I like learning about their origins, but using them feels pretty unenjoyable most of the time because their poor design doesn’t earn their ridiculous power. I’d rather train up a Pokemon I like than use some super ‘mon who annoys me to look at because of how boring its conventional “Look at me I’m stronk” design is. I’ll put Lugia on my team no problem, and there might be a spot for Suicune or Tapu Fini at the table, but if you’re offering me anyone else… nah, you’re alright. Keep your Legendaries, I’m good with Mimikyu.

Next: Titanfall 2 Is Basically The Last Guardian With Mechs 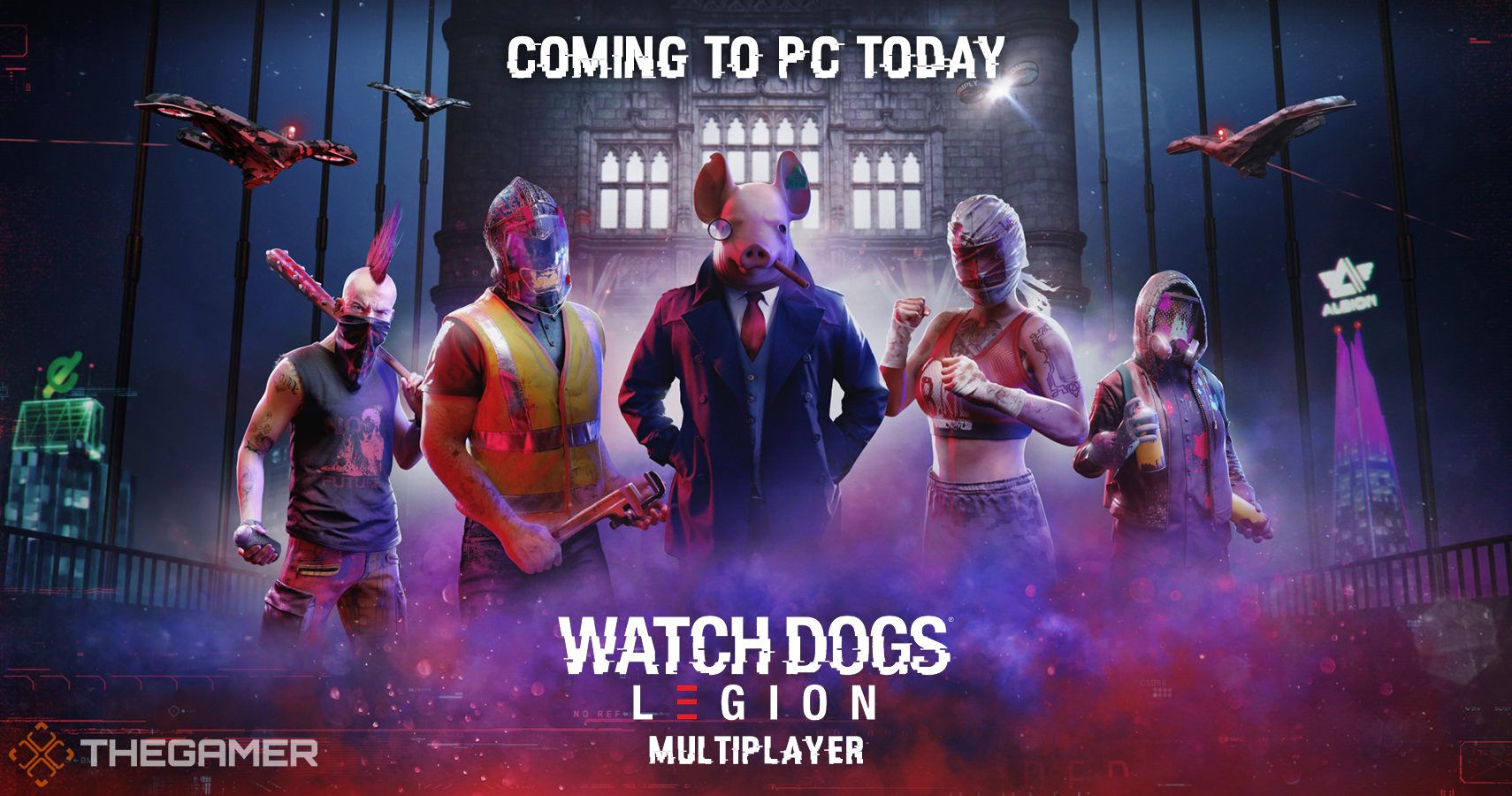