You are here:
Home / I Was Wrong About The Wheel Of Time

I Was Wrong About The Wheel Of Time

This shit is totally like Lord of the Rings! If you want a crumb of context to go with that statement, before The Wheel Of Time’s release I wrote a feature explaining how Lord of the Rings fans looking for a glimpse of how Amazon’s Silmarillion show could take form would be disappointed. But now I take it all back.

Well, not all of it. I maintain that the two series have very little in common from a production perspective – Wayne Che Yip is the only writer, director, or producer confirmed to be working on both shows. Yes, Amazon is funding both fantasy epics, but only in the way it also makes The Grand Tour and The Expanse – are we to assume that the LotR show will take inspiration from Jeremy Clarkson and co. too?

However, having not read the books by Robert Jordan, I was unaware of the content and the story that the series would follow. That was my point in the first article – only fans of the books will be able to tell us about how faithful The Wheel Of Time is to the source material. What I hadn’t considered, however, was how similar to the Lord of the Rings Jordan’s series really is. 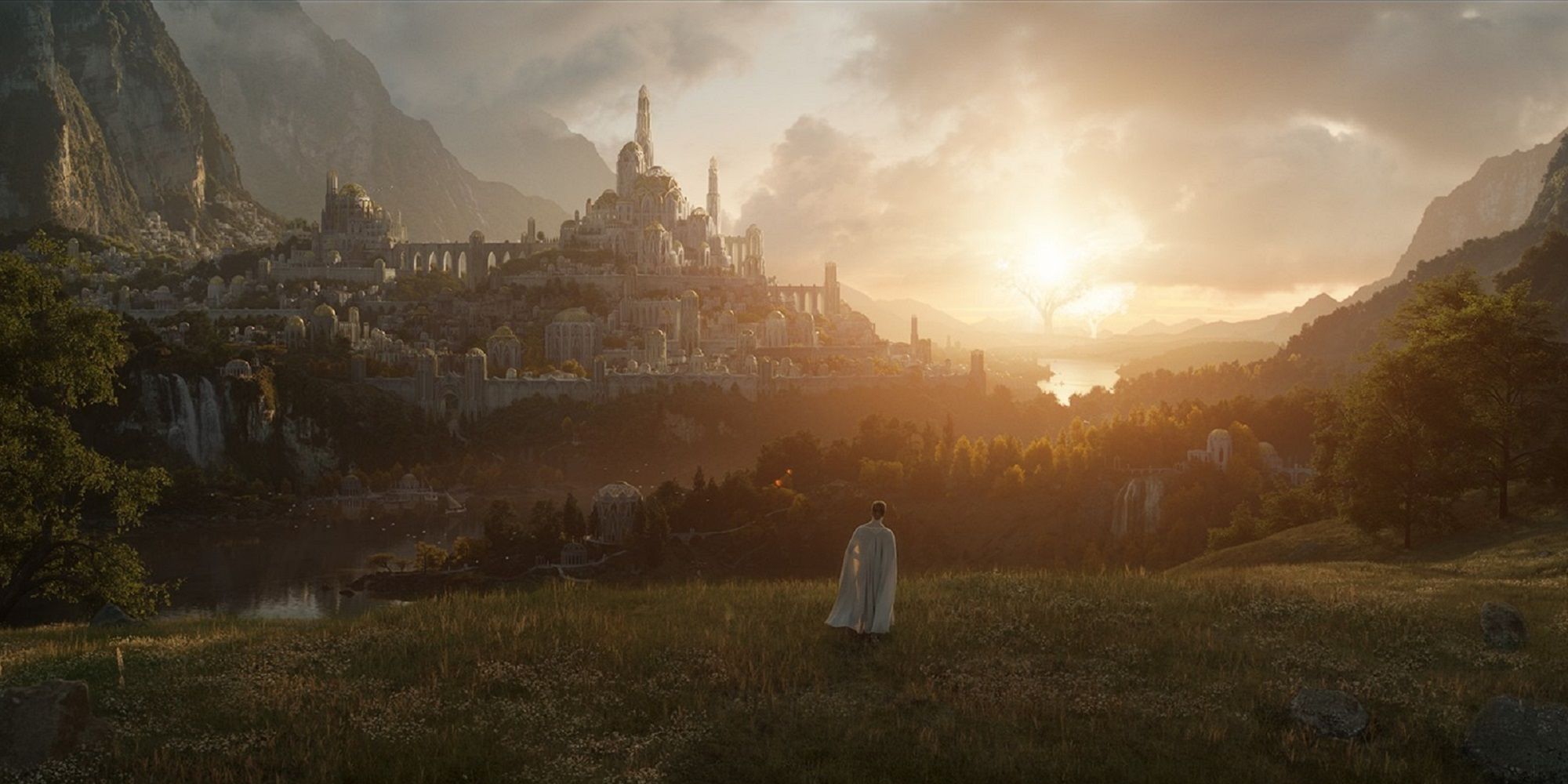 Of course, all modern fantasy takes ample inspiration from Tolkien. But Wheel of Time does it more than most. Four protagonists hailing from humble, rural beginnings thrust on an adventure with a wizard? Sure, Tolkien didn’t invent the hero’s journey, but that is especially close to the opening of Fellowship of the Ring.

I passed it off as coincidence. So too were the Trollocs and Fades – Tolkien’s orcs have been the go-to fantasy villain since LotR was published, and while the Fades are certainly reminiscent of Ringwraiths, there aren’t nine of them and they don’t present exactly the same as Nazgul. At least not in the TV adaptation, anyway.

Then there was a scene with a Fade chasing our foursome onto a wooden ferry. The Fade couldn’t cross the water, so the heroes were briefly safe after they had made it over. Remind you of anything? Maybe something that rhymes with Huckleberry Merry? Yeah, I thought so, too. 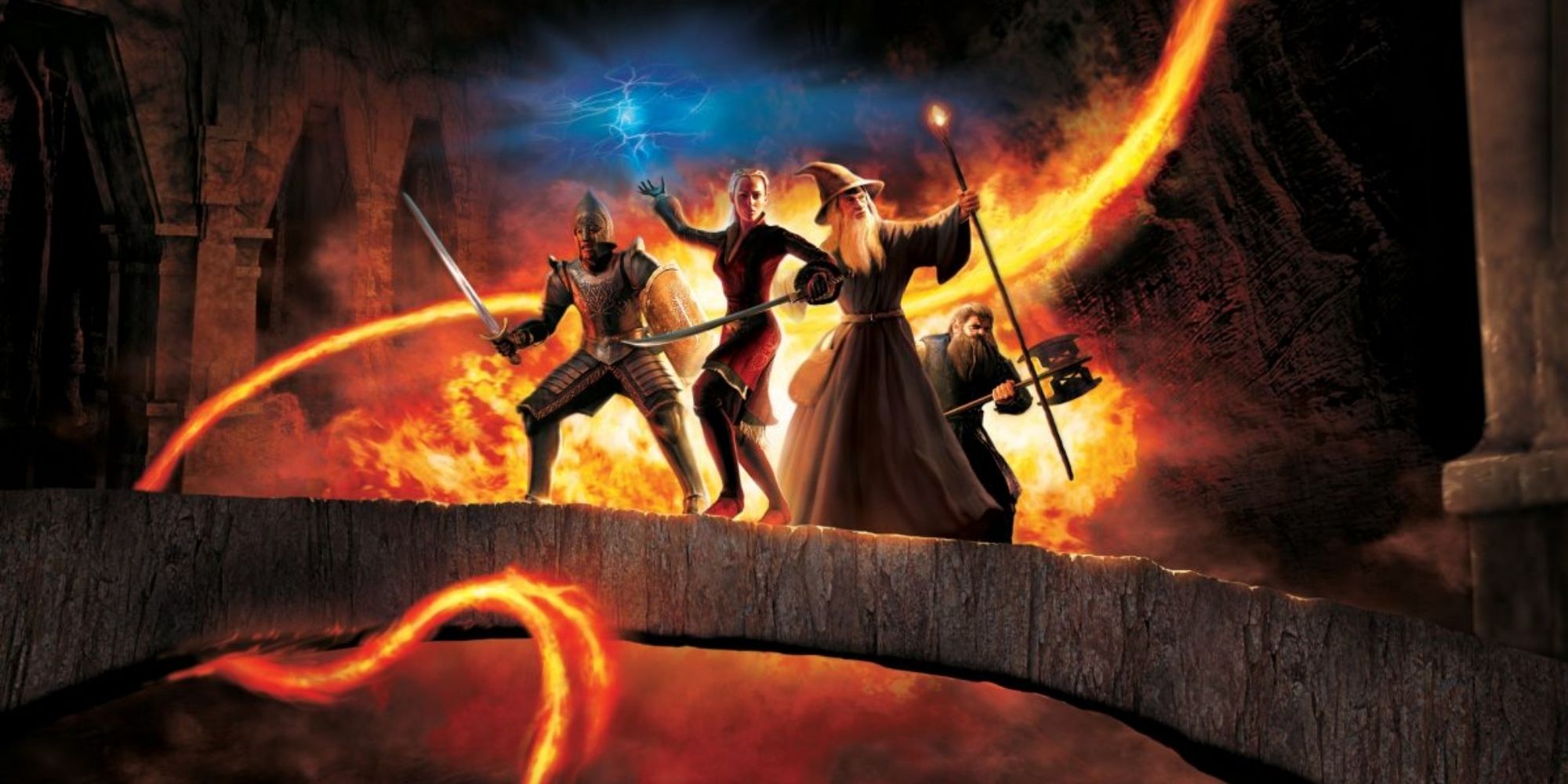 There are two areas that bear strong resemblance to Moria: the empty, cursed city of Shadar Logoth (where Mat picks up a dagger that alerts the Big Bad to his presence whenever he uses it) and The Ways, dark passages through the ether which our party are followed through. The latter ends with the protagonists fighting off evil minions by using a bright flash of magical light. If that’s not the Bridge of Khazad Dum, I don’t know what is.

If the ferry wasn’t enough, it was these Moria-adjacent areas that really tipped me off to how much inspiration Jordan took from Tolkien. And I’ll reiterate – I have no idea if his books are more or less similar to Middle-earth, but the series certainly takes a lot of inspiration from Frodo and the Ring.

After Shadar Logoth, our heroes are split up, the breaking of their fellowship, and they continue their journeys in two pairs. I could go on, but you get the picture – there are a lot of similarities, and more than your average fantasy series. I’m not accusing Jordan of plagiarism or anything like that – all writers take inspiration from others, not least the forefathers of the genre – but I can’t help but laugh that not a month after I’d written about The Wheel Of Time being nothing like the upcoming Tolkien adaptation, it proved me wrong.

The series was alright, it didn’t really grip me and relied too heavily on CGI for my liking, but at least I found the Lord of the Rings similarities and references interesting. However, despite its similarities to Tolkien, the Wheel Of Time adaptation still tells us nothing about Amazon’s LotR plans.