You are here:
Home / How To Play The New GTA Online Expansion And Hang Out With Franklin And Dr. Dre If You Don’t Care About GTA Online

How To Play The New GTA Online Expansion And Hang Out With Franklin And Dr. Dre If You Don’t Care About GTA Online

This week Rockstar launched The Contract, a major story update for GTA Online. In it your character teams up with an older, wiser Franklin Clinton to locate a stolen phone for rap legend Dr. Dre. Not only does Dre play a starring role in the expansion, but it also features his first new music in six years, which you've been hired to recover. It's a killer premise for a GTA story, but I don't blame anyone reading about it and wishing it was a piece of singleplayer DLC. Personally, I'm not that into GTA Online. I've enjoyed it on and off over the years, but I prefer singleplayer games these days. Even so, I couldn't resist hanging out with Franklin again, and I've always loved it when Rockstar collaborates with musicians—like when it got Phil Collins to play his younger '80s self in Vice City Stories.

If you want to play through The Contract on your own and enjoy the plot without having to interact with anyone, or directly engage with any of GTA Online's multiplayer elements, you can. The problem is, you need around $2 million of in-game currency to purchase the 'celebrity solutions agency' business required to set the story in mission. You can do this by playing through the game normally, grinding jobs, ranking up, and earning cash. Or you can drop real-world money on a Shark Card. If your character's bank account is empty, a $50 Whale Shark card, equivalent to 3.5 million in-game dollars, is the 'cheapest' option. It's an unfortunate barrier to entry, and at that price I don't blame anyone who'd rather just earn the money themselves before they start The Contract.

Once you have the money, and have reached at least rank 5, you can buy an office. If the game won't let you purchase property, saying you have to wait for a phone call from Simeon, walk into any convenience store and buy something. That seems to trigger Simeon’s call for a lot of players, myself included, for whatever reason. I dropped $2,830,000 on an office in Vinewood, which actually amounted to a lot more when I added an armoury, vehicle upgrade bay, and private apartment. You even get charged extra to change the wallpaper. It's here where you meet Franklin, the face of your newly purchased company, who thanks you for investing in his business. He's a fixer for rich people and celebrities who need to get things done, but prefer to do so quietly, outside of the law. 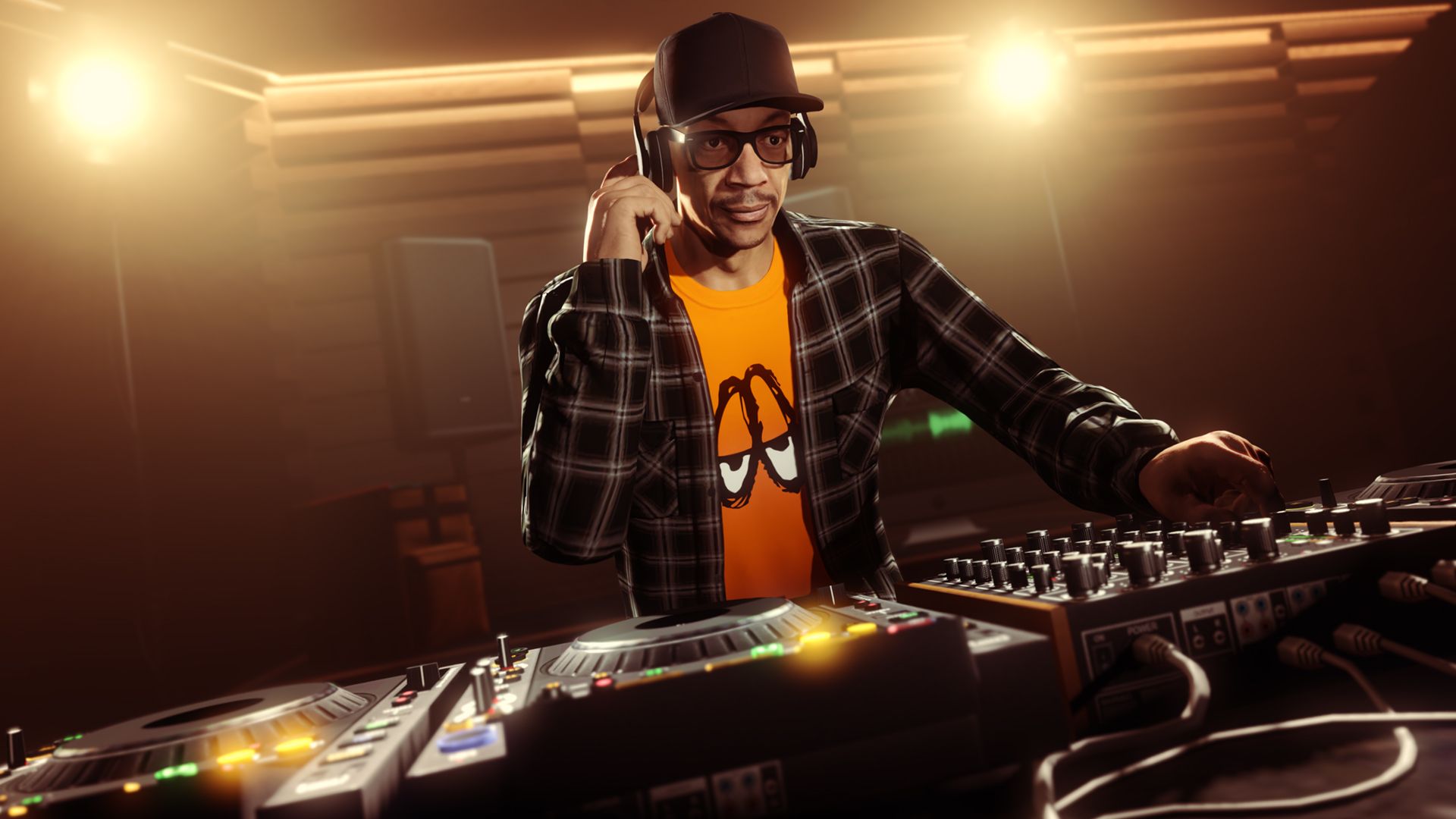 It's great seeing Franklin again after all these years. The Contract is full of references to GTA 5, including an update on the whereabouts of Michael, some cute easter eggs in Franklin's office, and a surprise if you visit his house in Vinewood Hills. This is a rare example of the Grand Theft Auto series showing you what one of its protagonists got up to next. The cutscenes are also excellent throughout, with the same high production values you'd expect from a Rockstar singleplayer experience. Hearing Franklin and Lamar ribbing each other again is a treat, and Chop even makes an appearance—looking a bit older now, as does his master, who now has some slight flecks of grey in his beard. In terms of the narrative and how everything is presented, this really is classic GTA.

Early in The Contract's story, Franklin lands a major client—none other than West Coast hip hop icon Dr. Dre. He's understandably pissed that someone has stolen his phone and might release his new music before it's ready, which is where you come in. There are two types of mission on offer, accessible from a computer in the office: Security Contracts and VIP Contracts. The former are simple, repeatable, and light on story, with tasks like rescuing a client, killing gang leaders, or recovering a vehicle. But the real meat of the expansion is found in the VIP Contracts, which are essentially story missions. They're not as dramatic as anything in the main game, but they're still a lot of fun, and I'm enjoying just doing stuff in Los Santos and Blaine County again. It's been too long. 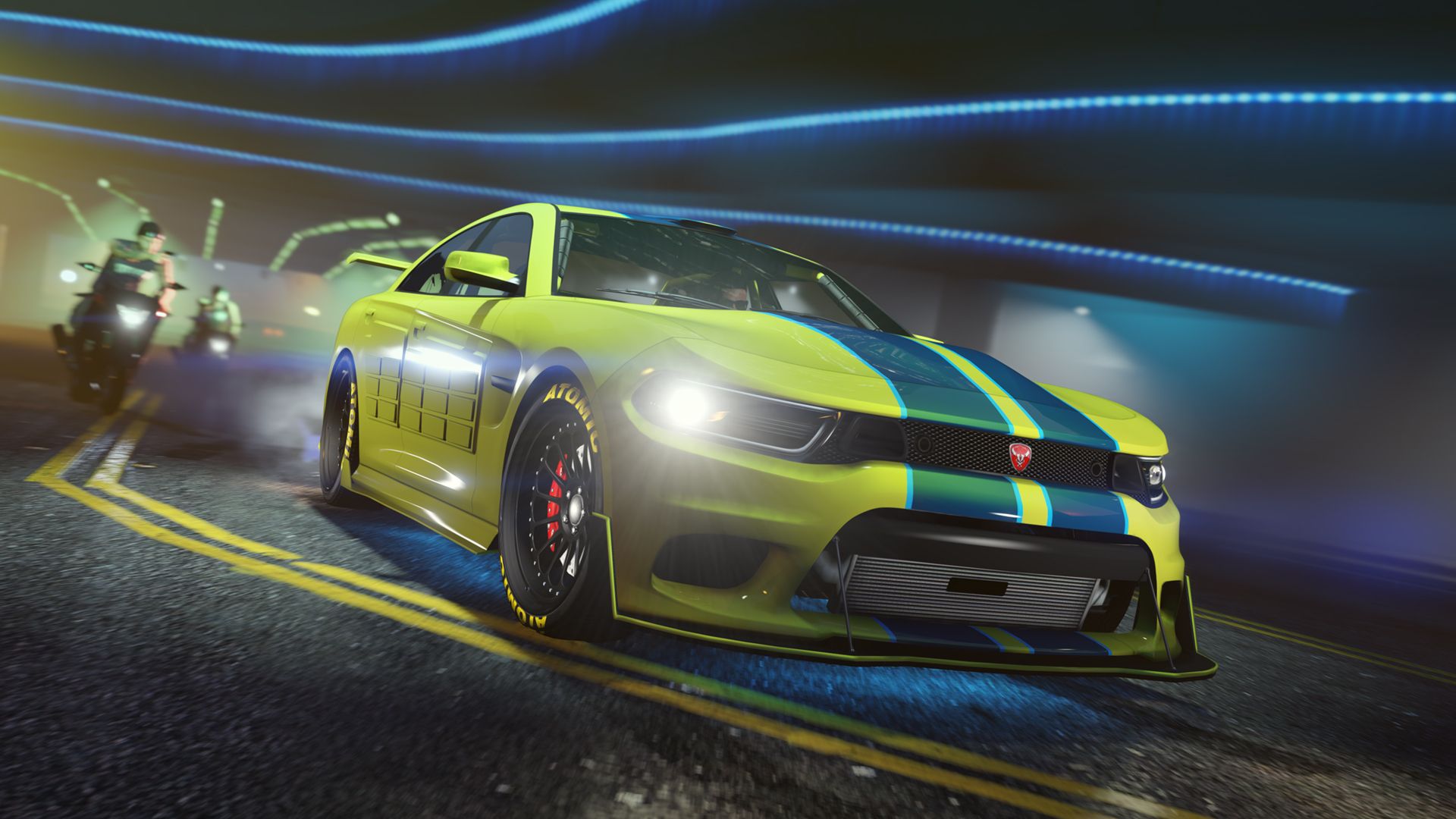 Most VIP Contracts involve chasing down leads to locate Dre's phone data, which has been split into pieces and stolen by various groups in the city. After completing a set of missions—which are categorised as Nightlife, South Central, and High Society—you can use the intel you've acquired to locate one of Dre's missing tracks. To give an example of how one of these plays out, the South Central mission chain ends with an assault on Vagos territory as a new Dre song called Black Privilege (which has an incredible bassline) blares from the speakers of one of their lowriders. You then have to steal it and return it to him. This is the only track I've found so far, but Rockstar tells me the other new songs will be experienced in-world like this. It's a unique way to present this new music.

I completed this first set of missions solo. Occasionally the game would ask me if I was sure I wanted to attempt the more difficult jobs alone, suggesting I might not be able to. But I always managed it, admittedly with a fair few respawns. But never a frustrating amount, thankfully. After completing a VIP Contract, I often have to wait for Franklin to ring me and unlock the next chunk of story. But running through a Security Contract, which doesn't take long, and are, again, doable solo, always triggers the call. I'm actually surprised by how playable (and enjoyable) The Contract is as a lone player—at least to the point I've reached in the story. Things could change later. I haven't had to team up with, or interact with, a single other player yet, and I'm getting a very gratifying GTA fix.