You are here:
Home / How Solasta: Crown Of The Magister Solves The D&D Ranger Problem

How Solasta: Crown Of The Magister Solves The D&D Ranger Problem

The ranger class in Dungeons & Dragons is underpowered. It can be a fun class to play, but it falls short when compared to other classes and in its own unique abilities. Many home Dungeons & Dragons games use a different version, and recent video games have taken to changing the way the class works to balance it out. Solasta: Crown of the Magister, a new Early Access PC game, went for a simple-yet-effective approach.

The D&D ranger is supposed to be a warrior, nature-based spellcaster, and survivalist in one. In combat they often use a longbow or wield dual swords, or get assistance from an animal companion. With their magic, they heal allies or use the environment to hinder enemies. Out of combat, they can track prey and keep the party fed over long journeys. The problem is that they’re outclassed in the first two categories. Fighters are more efficient as both archers and dual wielders. Druids get almost all the same nature spells, have more slots, and can just be animals.

That leaves survival, and sadly that depends on the campaign. Narrative tends to be the trend these days thanks to the wonderful storytelling of shows like Critical Role. This leads to many DMs electing to skip the “boring” travel bits in favor of getting right to the dramatic role play and action-packed combat. Thus we have rangers being deprived of a chance to use their greatest talents. 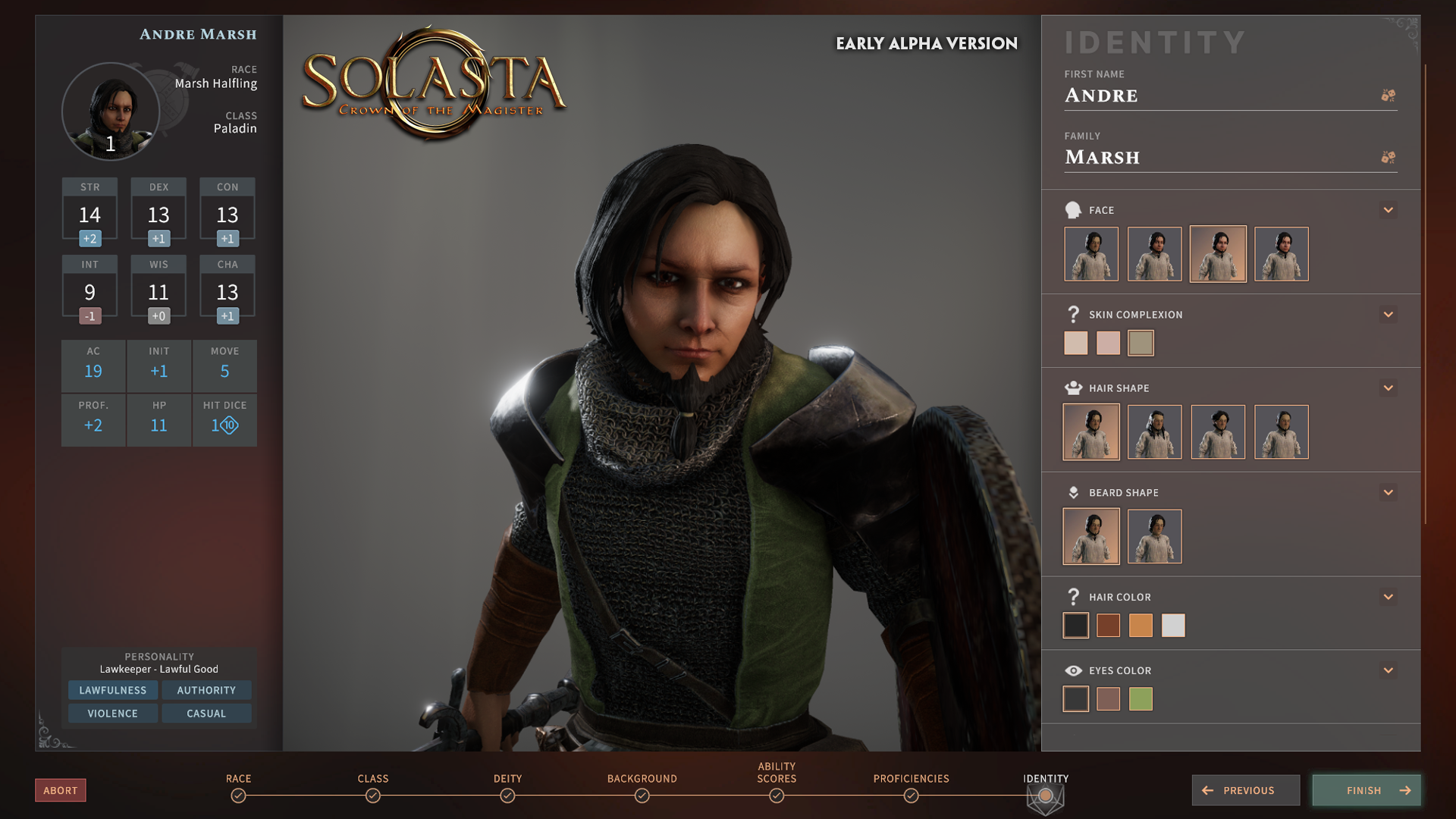 Solasta developer Tactical Adventures assured me in a recent demo that it will feature many more chances for survival play to shine. The game takes place in a world once torn asunder by a calamity, transforming a once-great kingdom into the Badlands. The player’s party will be charged with exploring these Badlands, now a harsh wasteland full of monsters and dangers unforeseen. It seems that rangers might have some advantage in helping the party survive as they camp out in the Badlands. In fact, taking a long rest in Solasta requires the party to eat. No doubt the ranger’s skill in finding food will help with finding food when rations run out.

In combat, the saving grace for rangers is supposed to be their Favored Enemy feature. Favored Enemy is supposed to give rangers bonuses when fighting particular kinds of monsters. However, this merely translates to a boost to survival skills when tracking or studying a monster. By the time the ranger does this, the fighter could just wack the baddie with a critical hit. The recently-released Baldur’s Gate 3 made big changes to the Favored Enemy feature to give rangers more skills and even spells. Solasta opts for an easier solution.

The rangers in Solasta get a damage boost against their favored enemy. This scales with level, although I couldn’t see exact numbers during my demo. Still, this solution makes perfect sense, and it’s one D&D players have suggested for years. Solasta: Crown of the Magister is still very much an Early Access game, but it’s being developed by a team of tabletop dieheards. That’s going to be very helpful as the game continues to evolve.

NEXT: The Legend Of Zelda: The Best Songs In Breath Of The Wild, Ranked