You are here:
Home / How Has The Suicide Squad Managed To Make Me Excited For Polka Dot Man?

How Has The Suicide Squad Managed To Make Me Excited For Polka Dot Man?

I’ve been tentative about The Suicide Squad ever since it was announced. I love the Suicide Squad as a concept, in terms of their stories and their comics, but I hated the 2016 David Ayer cut. Actually, hate isn’t a complex enough word for how I feel about that movie. I think I like it more than most people I know, because of my innate love of the characters and my tolerance for dramatic set pieces, but I also despise it more than most people seem to care because of how it disrespected the characters and completely misunderstood everything the Suicide Squad is supposed to be about. Now, after all that, how the hell has Polka Dot Man become the reason I’m now excited for James Gunn’s version?

The massive cast has always been a bit of a red herring for me. It seems like Idris Elba, John Cena, Joel Kinnaman, and Margot Robbie will take a leading role here, while the rest – including Polka Dot Man and the Sly Stallone voiced King Shark – will take a back seat. It’s a James Gunn movie where he’s been given full creative control though, so don’t expect anything so simple. Many of the lesser characters will die very quickly, is my guess, likely in very violent and funny ways. Pete Davidson fans, I don’t think your boy will be around for long.

The big cast ended up being far too much of a weight on David Ayer’s shoulders last time around. I trust Gunn with the weight more, but he’s gone and added triple, so I’m still nervous. Harley was made the star last time, but seemingly at the cost of any real understanding of who she is, while Will Smith either phoned it in or was poorly directed (likely both). Karen Fukuhara was grossly underused and Cara Delevingne got way too much screen time. There’s a sliver of a good actress in Delevingne if she’s allowed to play to type, but Enchantress was the wrong role for her – yet another misstep in the making of 2016’s disjointed movie. 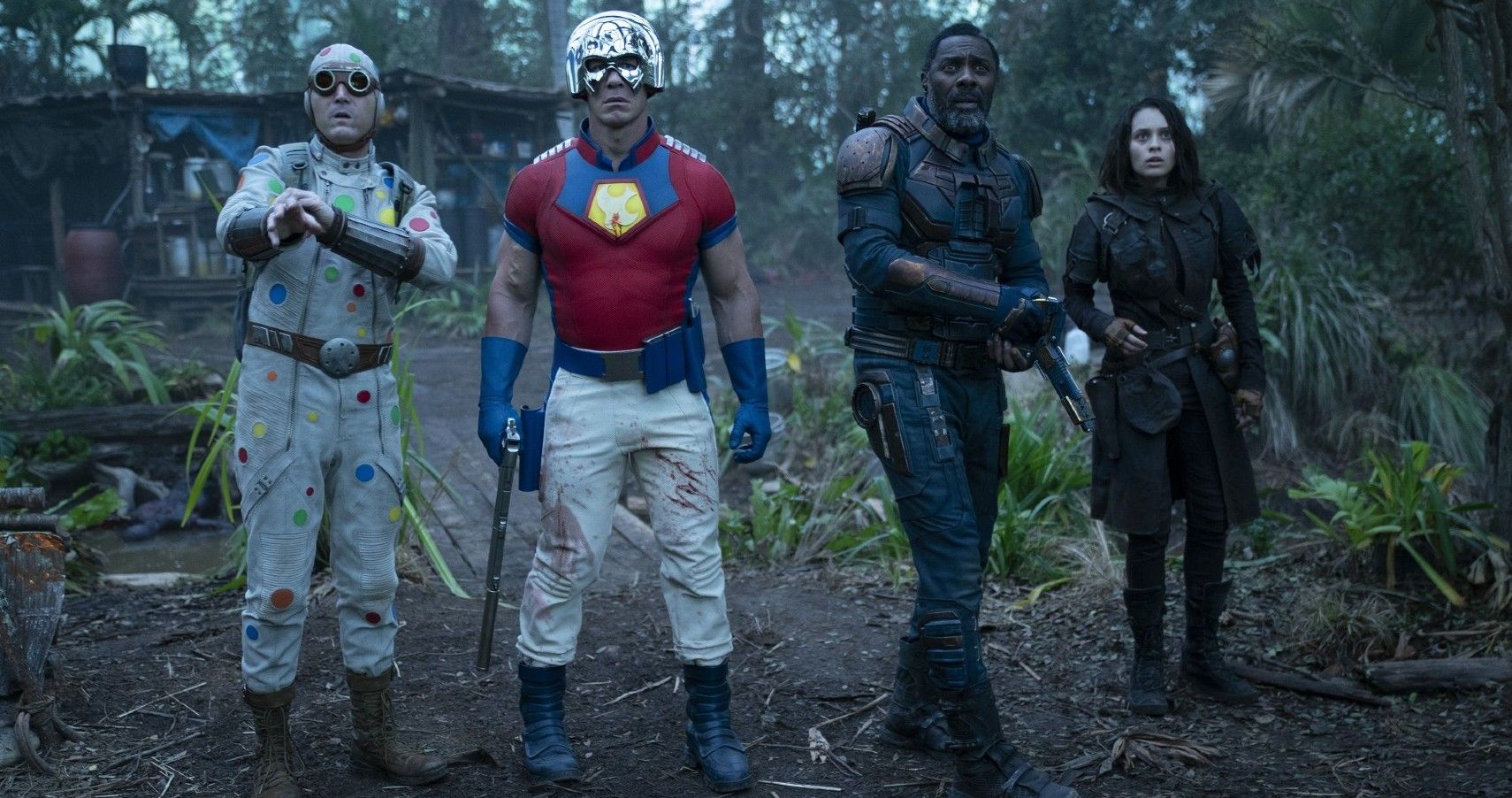 That brings us back to Polka Dot Man. He’s about as ridiculous as Condiment King, but even the King has something of a tragic backstory with Joker’s mind control. There’s a way to tell a really solid Condiment King story, but I’m not sure there is for Polka Dot Man. Yet he’s the one tipping the scales for me.

For one thing, he’s being played by David Dastmalchian, and while that does account for some of it, it’s far from the whole story. If you’re wondering what you recognise Dastmalchian from, it’s probably Ant-Man (and Ant-Man and the Wasp), where he plays Kurt – a master of unintentional deadpan humour. But he’s also incredibly intense in Prisoners and Animals, and has supervillain experience as both Abra Kadabra in The Flash and as one of Joker’s henchmen in The Dark Knight. It’s hard to know who is well cast and who isn’t in a film like The Suicide Squad, where Gunn is likely going to interpret each character in his own way and rely heavily on chemistry, but it already feels like David Dastmalchian is superb casting here.

Hearing that Polka Dot Man is going to be in The Suicide Squad is something that sounds funny at first, then gets less funny each time you think about it. He’s an utterly ridiculous character who feels like he has no right to be there, and he’s even the butt of the joke amongst the other villains. How do you sustain someone like that over the course of a two-hour blockbuster? You could kill him off early, of course, but there’s only so many characters Gunn can cut from his loaded stable, and he’s not the kind of filmmaker to bring a boatload of people in ‘just because’. His films have goofy humour, but they’re also detail-oriented and full or visual purpose. 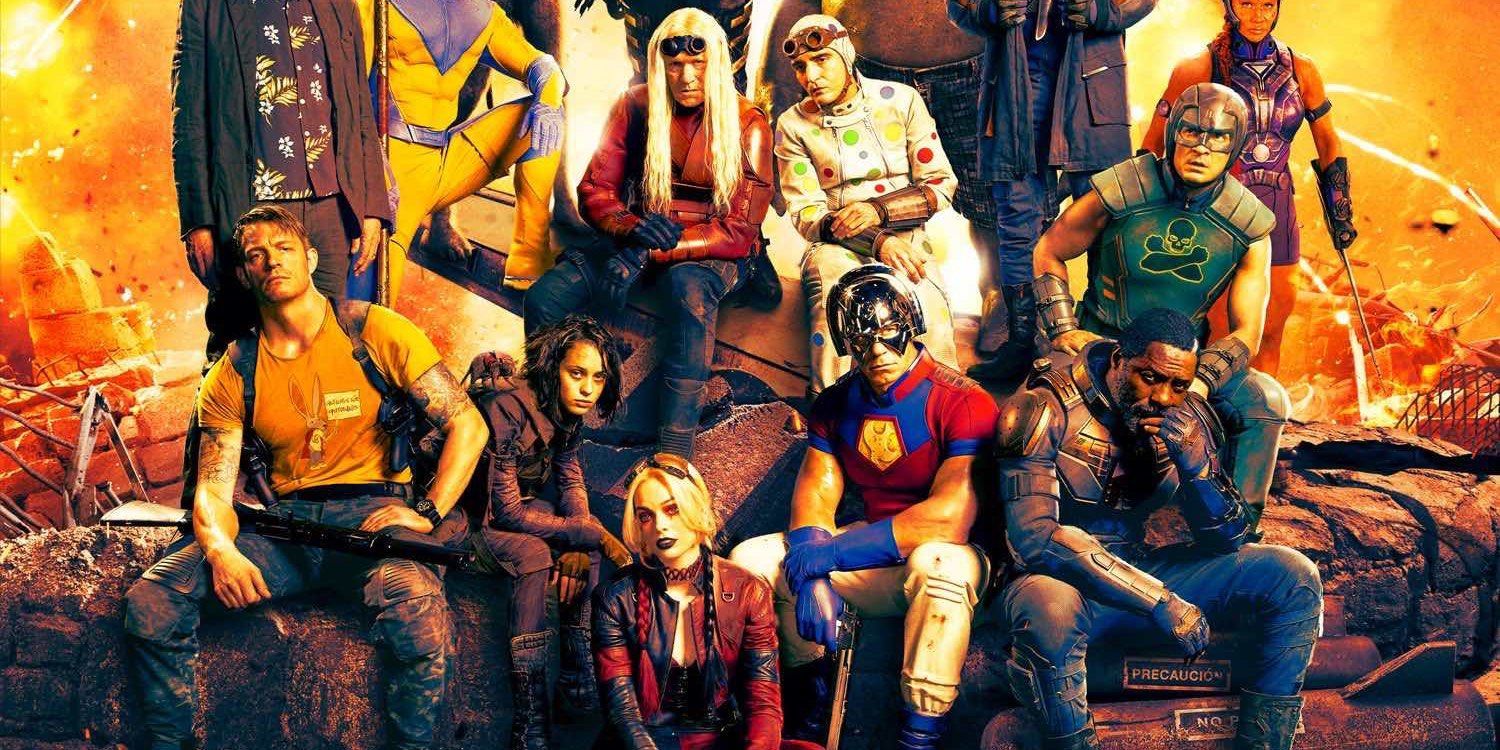 It seems like Gunn is leaning into it, and making Polka Dot Man something like Trash Can Man in The Stand. When the other heroes are sitting in the amphitheatre, lounging around and bored out of their minds, Polka Dot Man is hunched up and intense. He’s unpredictable. He’s the wildcard in a deck that only has jokers to begin with. His outfit, while stupid, feels of our world, and fits in with the weird ragtag style of the Suicide Squad. When Idris Elba, playing a gruff but toned down Bloodsport, sighs “we’re all going to die,” Polka Dot Man responds in a very small but very focused voice “God, I hope so.”

This is precisely what the first movie was missing. Everybody was on, all the time. There was no straight man, nobody off-kilter, it was just 100 percent energy all day every day. It’s like David Ayer walked on set, pointed to Margot Robbie, and told everyone “be like that!” Apart from Karen Fukuhara, who was given literally zero lines. Then he made Robbie dial her performance up way more than was ever needed, still made everyone match it, and asked her to take her shirt off. God, I hate that movie. 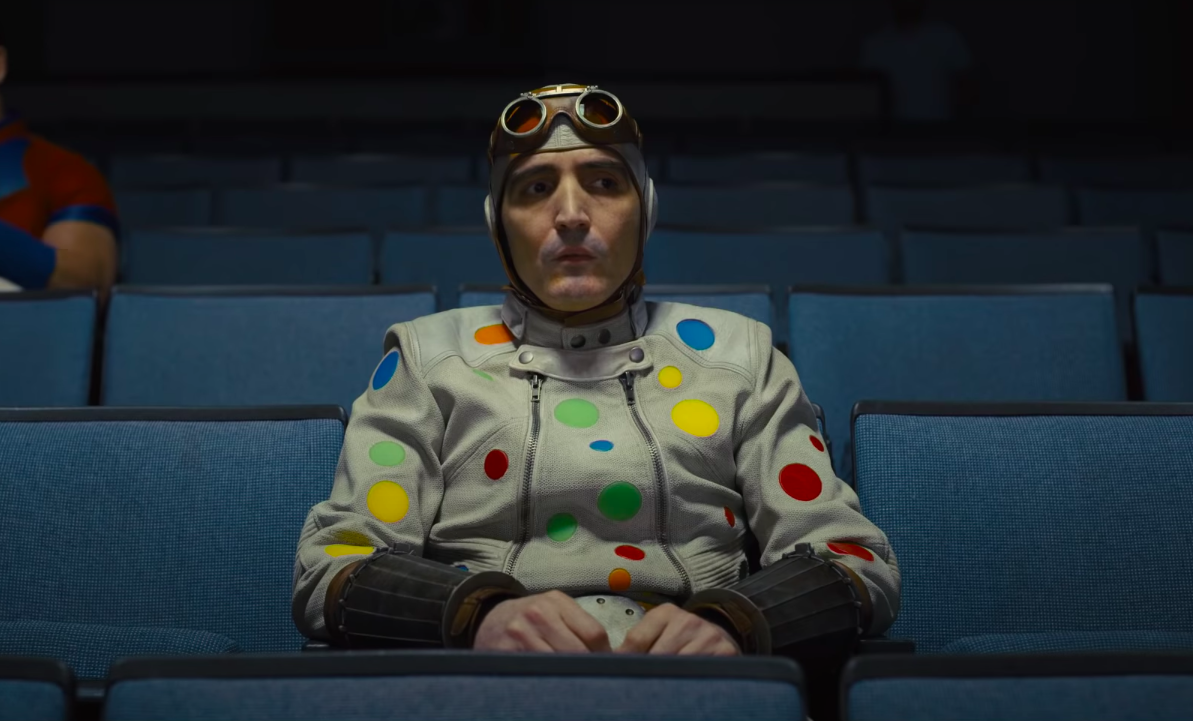 Polka Dot Man doesn’t just bring himself to the equation. Having him there, especially played in this way, signals that the movie is going to bring more variety. That means more range for the cast to bounce off, more nuance to each scene, and more believable characters to rally behind. It’s not just Polka Dot Man – Rick Flagg actually feels like Flagg in the trailer, and Elba’s version of Bloodsport belongs at the centre of things in the way Deadshot never did. Margot Robbie seems to have been allowed to run with her Birds of Prey version of Harley, and John Cena hasn’t been afraid to make a fool of himself. I was ready to let this one pass me by, but thanks to Polka Dot Man, the trailer has pulled me right back in.

Next: Why Don’t We Have Any Good Stephen King Games? 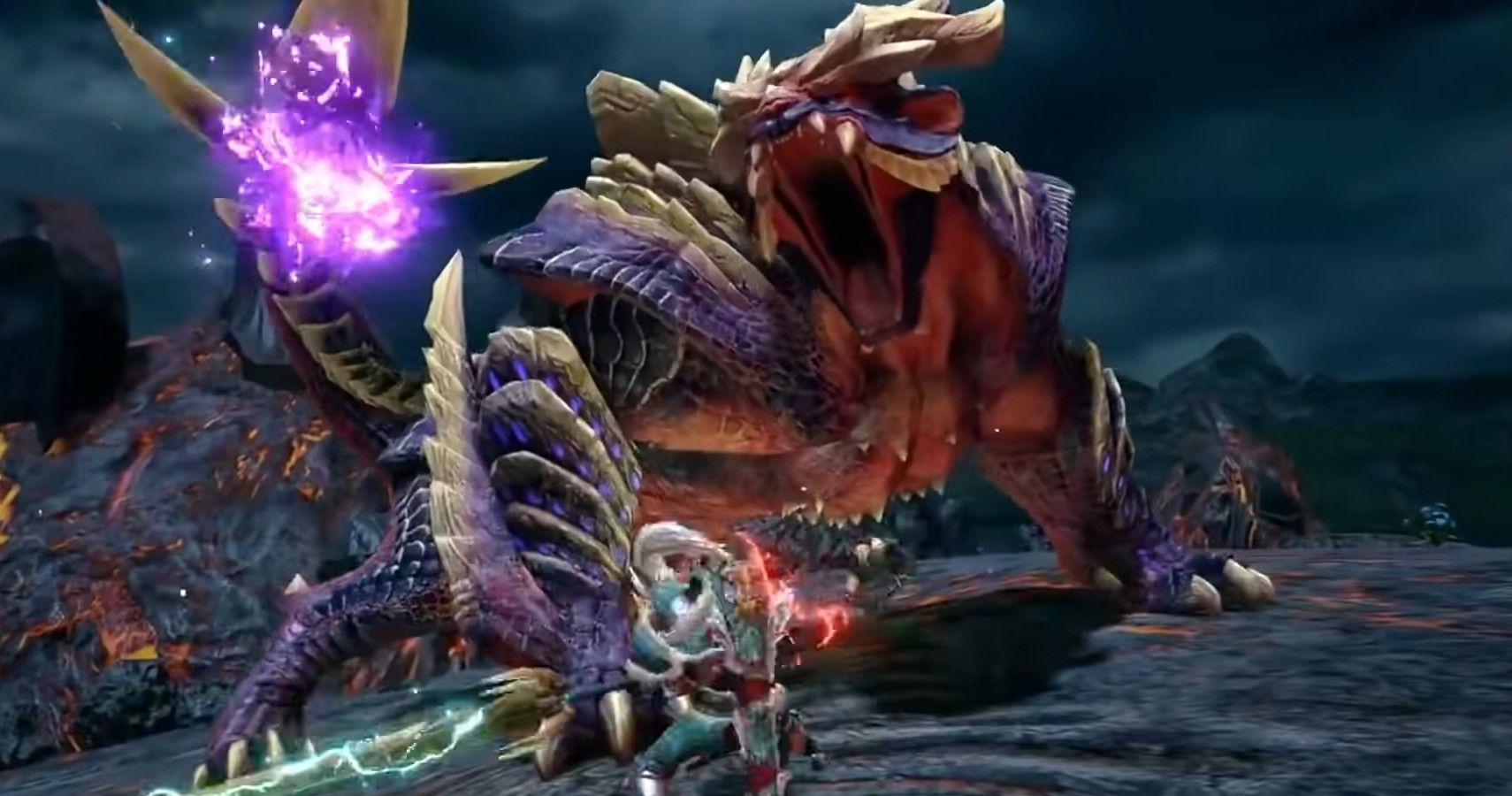 RELATED NEWS
Why Is Pokemon The Only Franchise That Cares About Its Birthday?
Medal of Honor’s Oscar-Nominated Colette now on Oculus TV
Help, I Can’t Find The Person Who Wrote Mass Effect’s Best Line
Modern RPGs Could Learn A Lot From Dragon Age 2’s Intro
Recent Posts