Half-Life 2 is set in a dystopian city cruelly governed by an oppressive alien dictatorship. City 17 is 1984's Airstrip One with an uncanny sci-fi twist, and one of the most richly evocative settings in video game history. But while most games love beating you over the head with exposition to impart their mythology, Half-Life 2 stood out—and still does—by taking a much more elegant, hands-off approach to its world-building.

A major event in the Half-Life timeline is the Seven Hour War. This conflict ended with our planet being conquered by an invading extraterrestrial force known as the Combine—and it's in the aftermath of this brutal occupation where we join Gordon Freeman. In other games, the Seven Hour War would be relayed to you through an elaborate cinematic cutscene or a playable prologue mission where you witness Earth's conquest first-hand.

But perfectly illustrating Valve's restrained approach to storytelling, everything you learn about the Seven Hour War, you learn from an entirely missable cork board in Issac Kleiner's lab. On it is pinned a collection of newspaper clippings from the war, including one that reads, simply and chillingly, EARTH SURRENDERS. It's remarkable how vividly this paints a picture of what happened on Earth during Freeman's long absence.

It tells you everything you need to know in a brilliantly subtle, unobtrusive way. But more importantly—and this is something Half-Life 2 is consistently great at—it also leaves enough unexplained to fire your imagination. The first time I saw these clippings my mind was flooded with images of what this conflict might have been like, which I found infinitely more compelling than just seeing it, or having a character explain it in excruciating detail.

As you progress through Half-Life 2 a picture of the nature of the Combine and the reason for their invasion emerges—but, crucially, never a complete one. Even by the end of the game you still don't know that much about them, which is a big part of what makes them such effective villains. Valve understood, in a way a lot of modern game developers still fail to grasp, that mystery is important. The less you know, the better a story is. 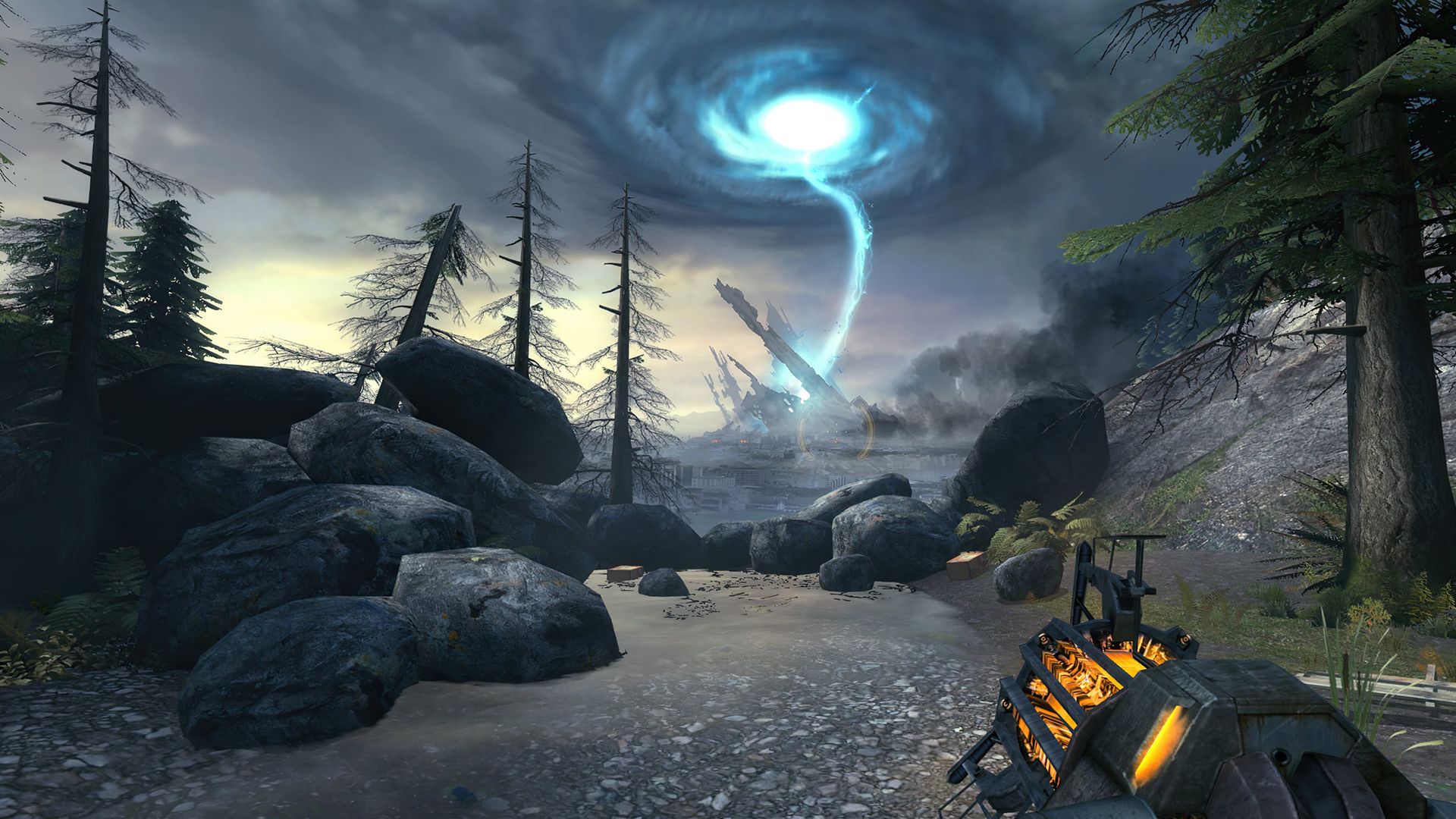 When you catch fleeting glimpses of stalkers—humans gruesomely transformed into mindless slaves by the Combine—it's more impactful than it would be picking up an audio log and hearing a matter-of-fact description of what they are. When it's time to travel to Ravenholm, a town infested with zombies, Alyx doesn't give you a lesson on the gestation process of headcrabs. She just says gravely: "We don't go to Ravenholm."

If Half-Life 2 was designed in the style of a modern triple-A game, Kleiner's lab would be filled with conspicuous-looking exposition props. Freeman would pick up a newspaper article about the Seven Hour War, rotating it in his hand as Alyx explicitly told him what happened. By the time you left, your head would be swimming with backstory. In hindsight, it was incredibly bold of Valve to leave the player to figure this stuff out for themselves.

It plays to the strengths of the medium in a way that somehow still feels fresh and exciting 17 years later. This should have been the new standard for hands-off narrative and world-building—but it's a tricky thing to get right, and very few developers have managed to replicate it. If a story is too opaque it can end up just feeling obscure for the sake of it. Valve struck a perfect balance with Half-Life 2, and that's why it's a masterpiece.