You are here:
Home / Hades: Why It Will Win The Game Awards GOTY

Hades: Why It Will Win The Game Awards GOTY

The biggest criticism you could lobby against The Game Awards is that it’s more of a glorified two-hour-long commercial than anything else. It’s nice to see the professionals behind these games receive recognition, but the vast majority of people are tuning in to see what new games are going to be revealed. That’s the unfortunate cost of doing business as these reveals – along with some rather gratuitous product placement – are how Geoff Keighley is able to keep these shows rolling.

But having Doritos or Mountain Dew show up to sponsor the award for “Most Tubular Headshot” or whatever diminishes The Game Awards’ credibility. That’s why some of the more important awards tend to go to some of the games that have less popularity with mainstream audiences, but have received pretty of love and praise from critics and hardcore gaming fans.  For example, last year saw several awards being handed out to indie-darling Disco Elysium (which it totally deserved) and Death Stranding somehow took home the award for Best Game Direction (because I guess Hideo needed to win something.)

I believe that Geoff Keighley wants his awards show to be taken as seriously as the Oscars, the Emmys, or any of the other big Hollywood award shows. And that means rewarding the lesser-known indie hits rather than the big box office draws. That’s why in a year where something like a video game awards show feels as frivolous as ever, Hades is going to take home the prize. 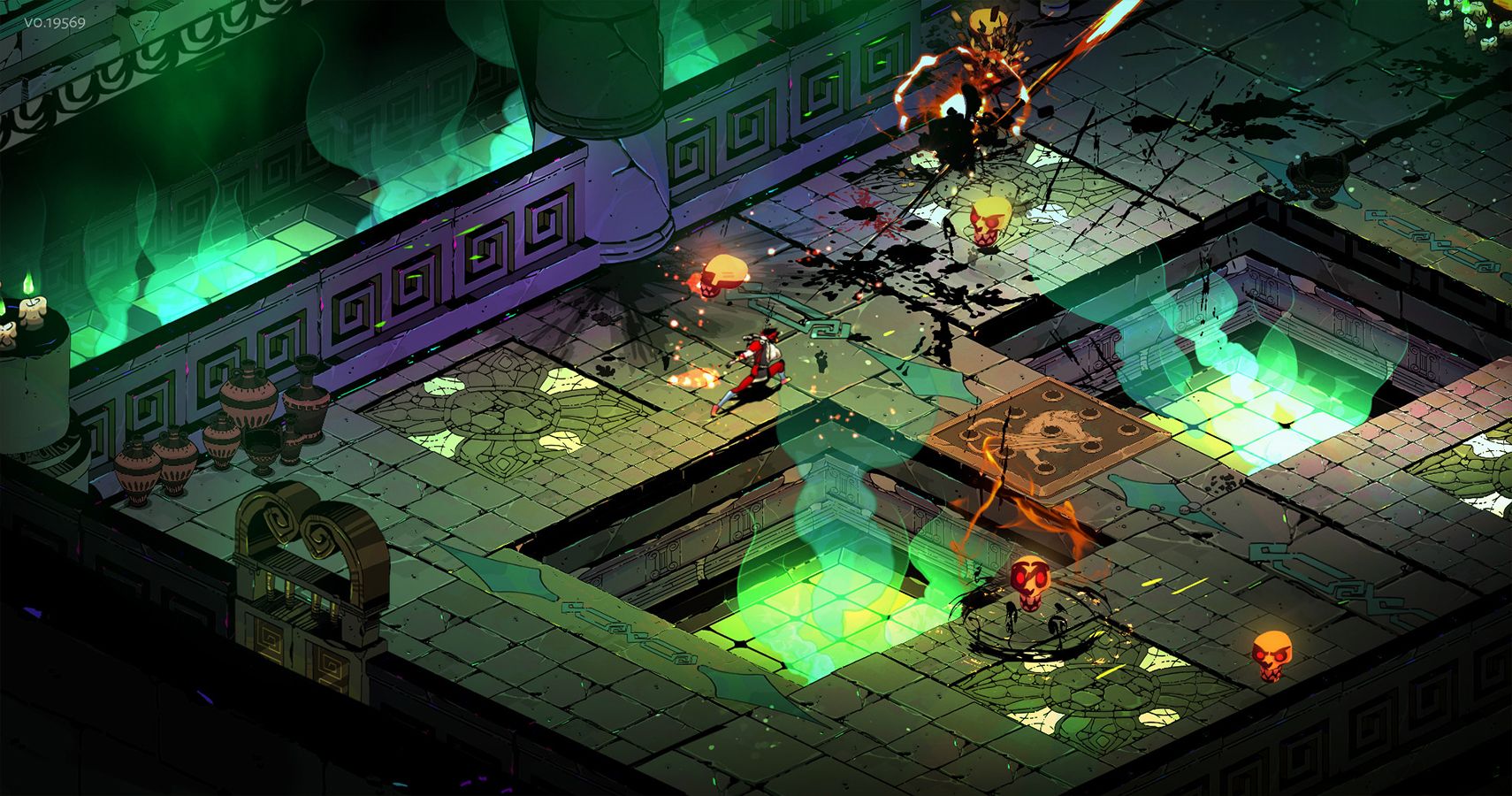 When you look at the current nominees for Game Of The Year, Hades sticks out like a sore thumb. It’s the smallest game by far, as every other game on the list looks like they cost millions to make and had massive marketing budgets. They’re all triple-A titles developed by major players in the gaming industry. Meanwhile, Hades’ developer, Supergiant Games, had to toll away in Early Access just to get their game done.

Now every game nominated for Game Of The Year is a fantastic title in its own right, but they all have certain factors that hold them back from feeling a guaranteed winner for this award. Doom Eternal and Ghost Of Tsushima are fun games to be sure, but Doom Eternal is just a sequel that improves upon 2016’s Doom – which was also nominated for 2016’s GOTY Award and lost – and Ghost Of Tsushima feels like an Assassin’s Creed game set in feudal Japan.

Final Fantasy VII Remake is great, but it’s essentially weaponized nostalgia that uses the Final Fantasy XV battle system and makes some changes to the established FFVII canon. Not to mention the fact that it’s only a remake of the first section of the original game, so it feels a little incomplete (especially since the next game probably won’t release until sometime after 2025 at the rate Square Enix develops.)

The two nominees that arguably have the best chance at beating Hades are The Last Of Us Part II and Animal Crossing: New Horizons. The former tells a harrowing story about the emptiness of a life spent pursuing revenge and features some Oscar-worthy acting. The latter is a cuddly-cute game where animals give each other gifts, donate bugs to a museum, and make mortgage payments to a raccoon. Either one of these games could conceivably win as they’re both masterpieces, but the biggest knock against them is that they don’t really do that much different from the previous games in their series. The Last Of Us Part II employs a very similar gameplay system of shooting, stabbing, stealth, and crafting, while Animal Crossing: New Horizons’ gameplay feels like the same old Animal Crossing with some new bells and whistles (and a frustrating UI.)

The Best (And Sexiest) Roguelike Ever Made 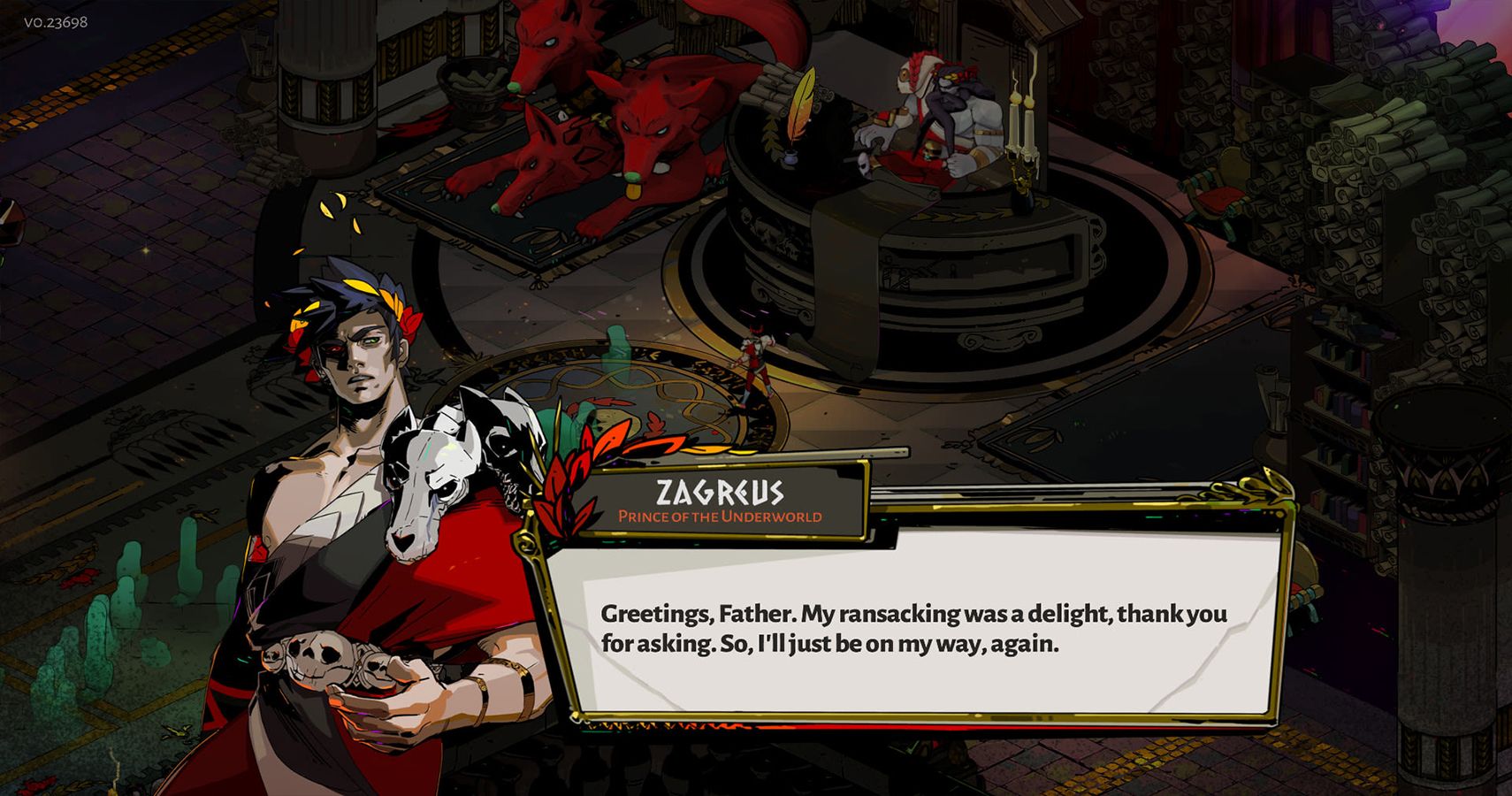 As good as the other games on this list are nothing else comes close to the experience of Hades. On the surface, it just seems like another roguelike, but it’s much more than that. There’s no other game that has sucked players into its world and made them care about its characters as strongly as Hades did. That’s because the gameplay, narrative, and characters are all seamlessly connected in a way that feels effortless.

The story of Hade starts off slow, but it’s hard to not get invested in Zagreus’ quest once you get going. It doesn’t hurt that he’s a delightfully sarcastic character who might just be the nicest demigod who just so happens to be stuck in the Greek version of Hell. And he’s not the only person you’ll warm up to. Every one of the various NPCs I ran into in the underworld instantly became someone I wanted to grow closer to (except for Theseus, he can go to Hell…Well actually I guess he did.)

Also, nearly every character in this game is too damn sexy. Like obscenely sexy. I’m certain that there are now tons of Deviantart pages that are entirely devoted to nothing but Hades fan art at this point.

Every run you make causes some small shift in the way people react to you. Your father (who is the god Hades, of course) will mock you each time you die and even comment on the weapons you’ve chosen to use. Your mentor, Achilles, will try to assist you with tips and new information or just offer words of encouragement. Megaera – who is one of the first bosses you encounter – will make snide remarks when she sees you at the Great Hall after you’ve killed her. You can also date her, which is good, because you’ll probably want to date her. There’s a side quest that allows you to reunite Orpheus with Eurydice, which might be the most satisfying thing I’ve done in a game all year. Even your training dummy is a sentient skeleton who talks like a gangster from the 1920s and encourages you to beat him to death. Everything happens for a reason and it all ties into the gameplay.

Oh yeah, there’s also the gameplay, which is amazing. Imagine the best action roguelike you could think of, and presto! You just imagined Hades. The combat is buttery smooth, there are six weapon types that each have four variations that change how they control, and you have a variety of upgrades, equipable artifacts that give you buffs, and boons from the gods that imbue you with different attributes. It’s tight, responsive, impactful, and highly addictive. It also looks absolutely stunning and has some of the best music you’ll ever hear in a video game. I’ve played several roguelikes and few have hooked me as hard as Hades has. It’s pure bliss.

But more than the fact that it’s quite simply a phenomenal game, Hades has to win because Supergiant Games deserves to be rewarded for all the fantastic work they’ve done. Over the past decade they’ve managed to churn out indie classics like Bastion, Transistor, and Pyre. Each game they make is an original creation and they’ve constantly trying something new and exciting. The other nominees are all high-quality experiences, but they feel like refined iterations of titles that have come before. While there have been many other roguelikes, Hades feels like it’s own separate thing with innovations and mechanics that are more unique than anything else released this year.

The Most Fun You’ll Ever Have In Hell 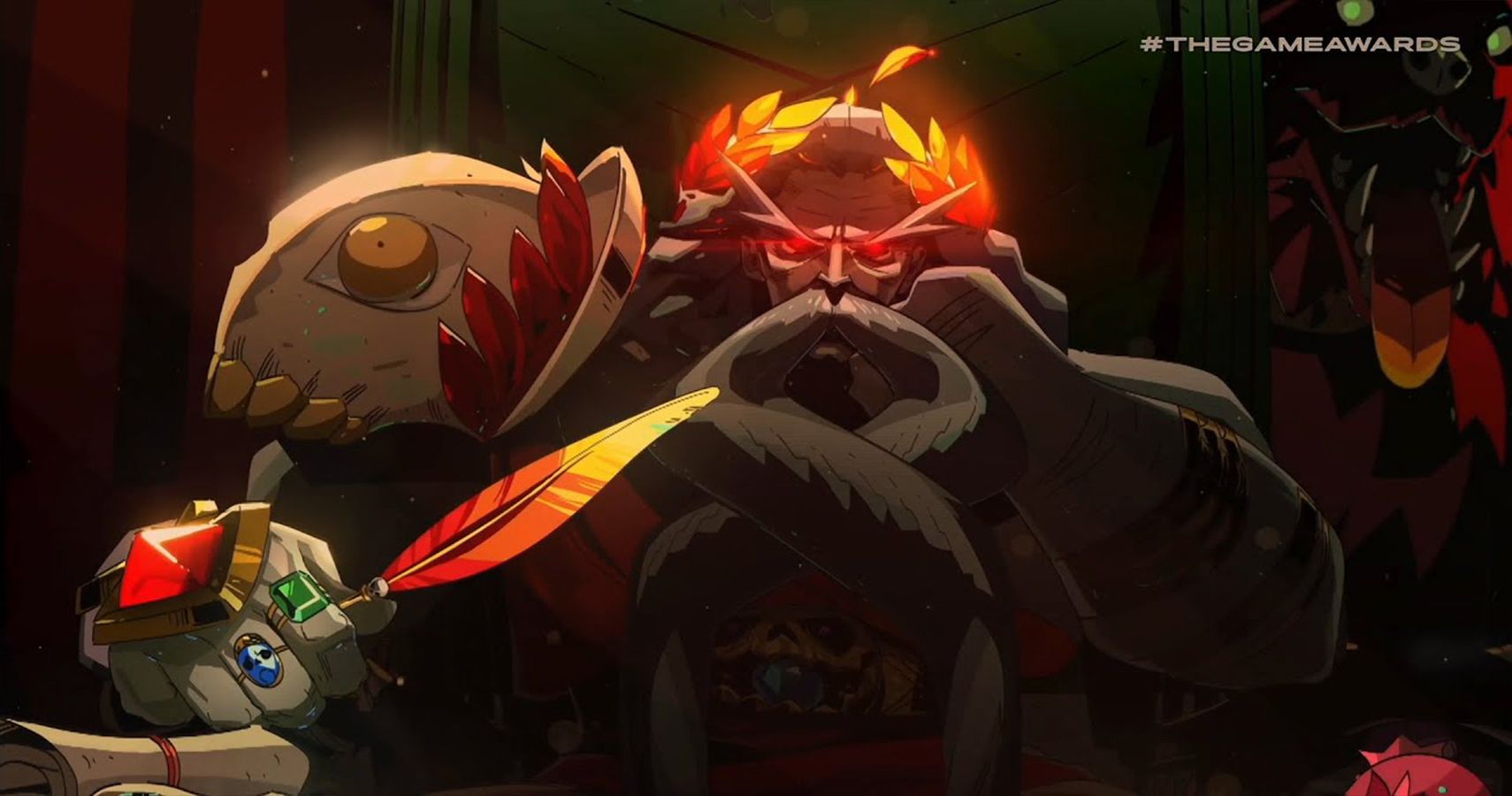 So yes, Hades is going to win Game Of The Year for 2020. Not only is it legitimately the best game released this year, but its victory will give The Game Awards the indie cred it so desperately craves. Seeing Supergiant Games come out on top over companies like Sony, Nintendo, Bethesda, and Square Enix feels like a feel-good moment in the making, and that’s what we need to cap off this dumpster fire of a year.

Oh, and one more thing. I know the Animal Crossing crowd will want to see New Horizons take the crown, but let me throw this out there: Hades also has fishing. Boom. Done. Game Of The Year. 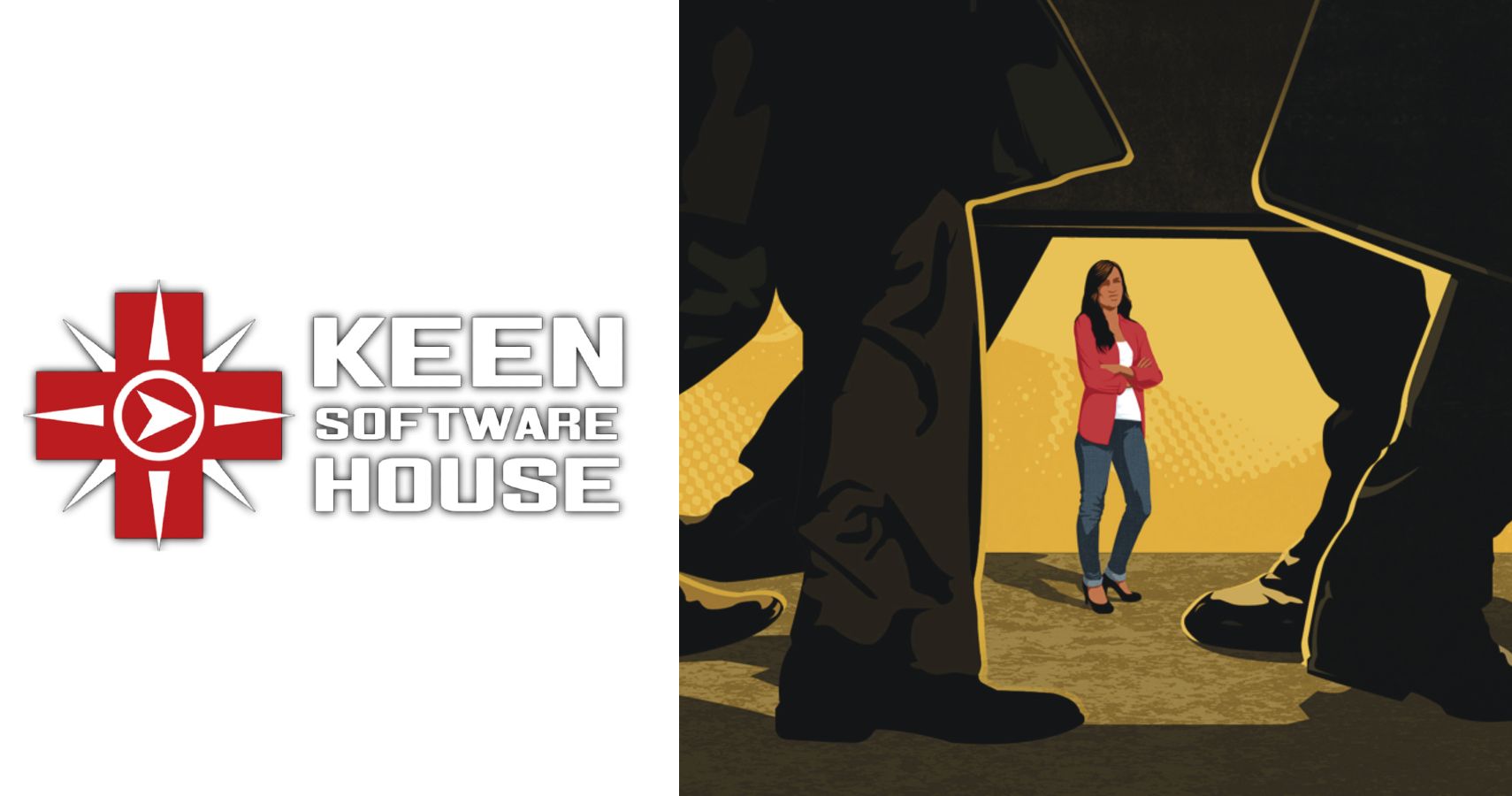 RELATED NEWS
Mihoyo Still Needs To Fix Genshin Impact’s Resin Problem
Mind-Blowing Animal Crossing Islands, Including Harry Potter And The Lord Of The Rings Themes
Dota 2 and League of Legends News Roundup – Shout! Esports Episode 6
Rokid Unveils Stylish ‘Vision 2’ Mixed Reality Glasses
Recent Posts
This website uses cookies to improve your user experience and to provide you with advertisements that are relevant to your interests. By continuing to browse the site you are agreeing to our use of cookies.Ok