You are here:
Home / Give Me Effect And Cause: The Game Please

Give Me Effect And Cause: The Game Please

If you’ve played Titanfall 2, you’ll already know about Effect and Cause, the single best FPS mission ever designed. I say that as someone who has been playing shooters for 20 years and generally prefers PvE campaigns to competitive multiplayer – although I’ve dabbled in that, too, and used to play at a pretty high level. Ultimately, levels like Effect and Cause are the main reason I think campaigns are king in all shooters that aren’t designed as a suffix to Call of Duty – and I’d hope that at some point in the future, someone recognizes that the premise of Effect and Cause deserves its own game.

There are two core tenets to a proper PvE shooter structure: gunplay and level design. That first one is obvious – who knew you needed good guns for a solid shooter? It goes beyond rocket launchers and weapons with impractically cool aesthetics, though. Gunplay is mostly about gunfeel – haptic feedback, recoil, speed-of-fire, impact registration, and so on. But gunplay, too, is at least partially defined by level design. What’s the point in giving somebody access to a sniper rifle in a close-quarters map where an SMG would be far better? I know you probably enjoyed quickscoping on Rust back in the day – it was great! – but in general you can’t just leg it around with a 13kg sniper rifle longer than your arm trickshotting skulls as if kickback is a myth.

And so level design is perhaps more important to shooters than guns are, because level design informs the use of guns as well as the overall purpose of play. I know you can’t have a shooter without guns, which technically makes them essential for inclusion in the genre, but both excellent and awful shooters have plenty of firearms. What separates them on almost every single occasion of comparison is how they’re structured in terms of architecture, infrastructure, mission design, objective direction, and, sometimes, some sort of gimmick – all of which fall under the umbrella of level design. 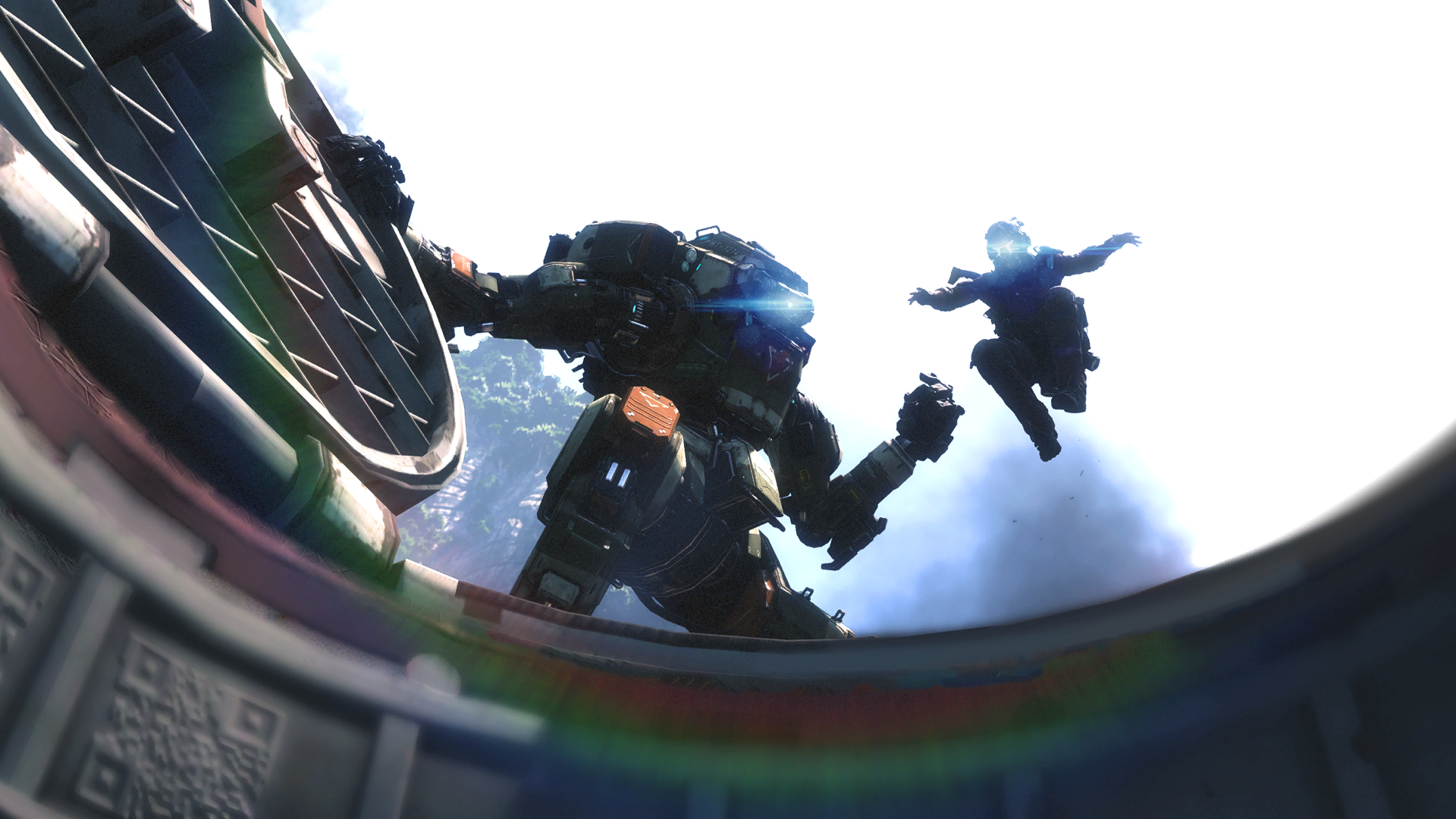 Effect and Cause is the perfect case study for this, because that last part – the gimmick, in this case a time-flitting wrist device – complicates all four of the previous elements to the extent that they become doubled but different. Effect and Cause is two maps in one, an entire mission that has been designed with a co-existing parallel universe you can enter and leave at will in order to evade enemies, bypass obstacles, and completely reconfigure the physical positioning of matter. When we examine that in terms of impressive shooter design, it’s basically just one massive flex. Titanfall 2 has a variety of stupidly good missions – the one after Effect and Cause, The Beacon, somehow manages to almost rival the campaign at its peak despite being in its immediate proximity. But Effect and Cause is something that should be made mandatory reading material for every single shooter currently in development.

The architecture and infrastructure here are brilliant because they’re malleable. When I started this mission, I was impressed by its imposing dereliction – overgrown flora slowly crawling through cracked concrete, the image of a space long since deserted. Because of Titanfall 2’s mobility, this makes for a pretty versatile pilot playground – vents have been wrenched crooked, while hazards like fire and floorless corridors necessitate creativity when it comes to pushing forward. Wall running isn’t just fancy anymore – it’s the only tool you have to survive. Bear in mind the first half of this level has precious few enemies, which is quite a brave move for a shooter – see that gun? No need to use it, mate. 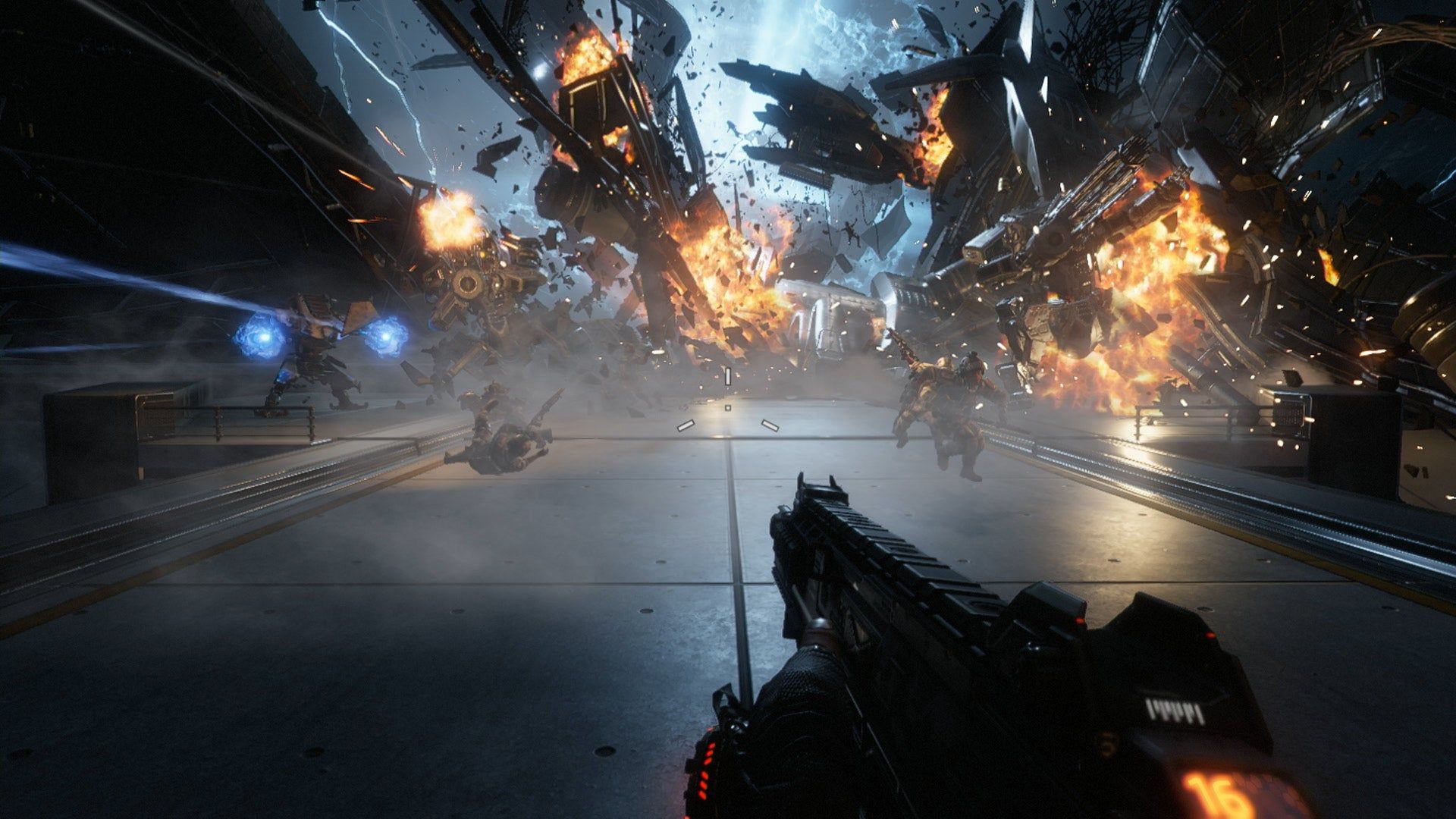 This allows for the initial mission design to be ostensibly simple, as well as the objective direction. You’ve got a quest marker – all you need to do is go to it and rendezvous with Anderson, another pilot, who is obviously already dead. Up until this point the time-switches have been random, introducing you to the fact that these labs have a curious property that causes them to exist in two places at once. And so, learning to use the auto-swapped environments to your advantage perfectly sets you up for the very plain directive of reaching Anderson, at which point you nick a time wizard watch off his dead body and assume control over the rift. Now everything you’ve been subtly taught comes into play, as you realize that the only way to make it through this level alive is to violently twist time mid-fight, mid-jump, mid-everything. It’s worth pointing out that these time-switches are completely instantaneous, meaning it feels and looks amazing whenever you decide to trigger the device. On some occasions I clicked it just for a laugh – on others, I unknowingly used it to jump out of a tough fight and straight into an even tougher one. Out of the frying pan and into the same frying pan but ten years ago and it’s far hotter now.

Outside of shooters, Effect and Cause is a lesson in teaching your player without being overly complex or embarrassingly condescending. It’s all very understated right up until it isn’t, at which point you immediately realize you’ve been learning all along and now you’re being put to the test. The back half of the mission is riddled with enemies, both organic and synthetic, and often your best bet for survival is to take a breath of fresh air in the fiery apocalypse or to let your burning wounds fester in the shiny future past. It’s uncanny that you occasionally feel more comfortable in the dereliction of the present than in the hospital-esque, overly sanitized labs of purported progress, which adds a whole extra layer of atmospheric impact to the entire level. It’s also just a really clever implementation of time travel – there’s an anomaly, here’s some tech we designed to navigate it. No over the top explanations that go on for seven hours. This is how it is, here’s how to stay alive throughout it – that’s all we need to let this double-worlded level sing. 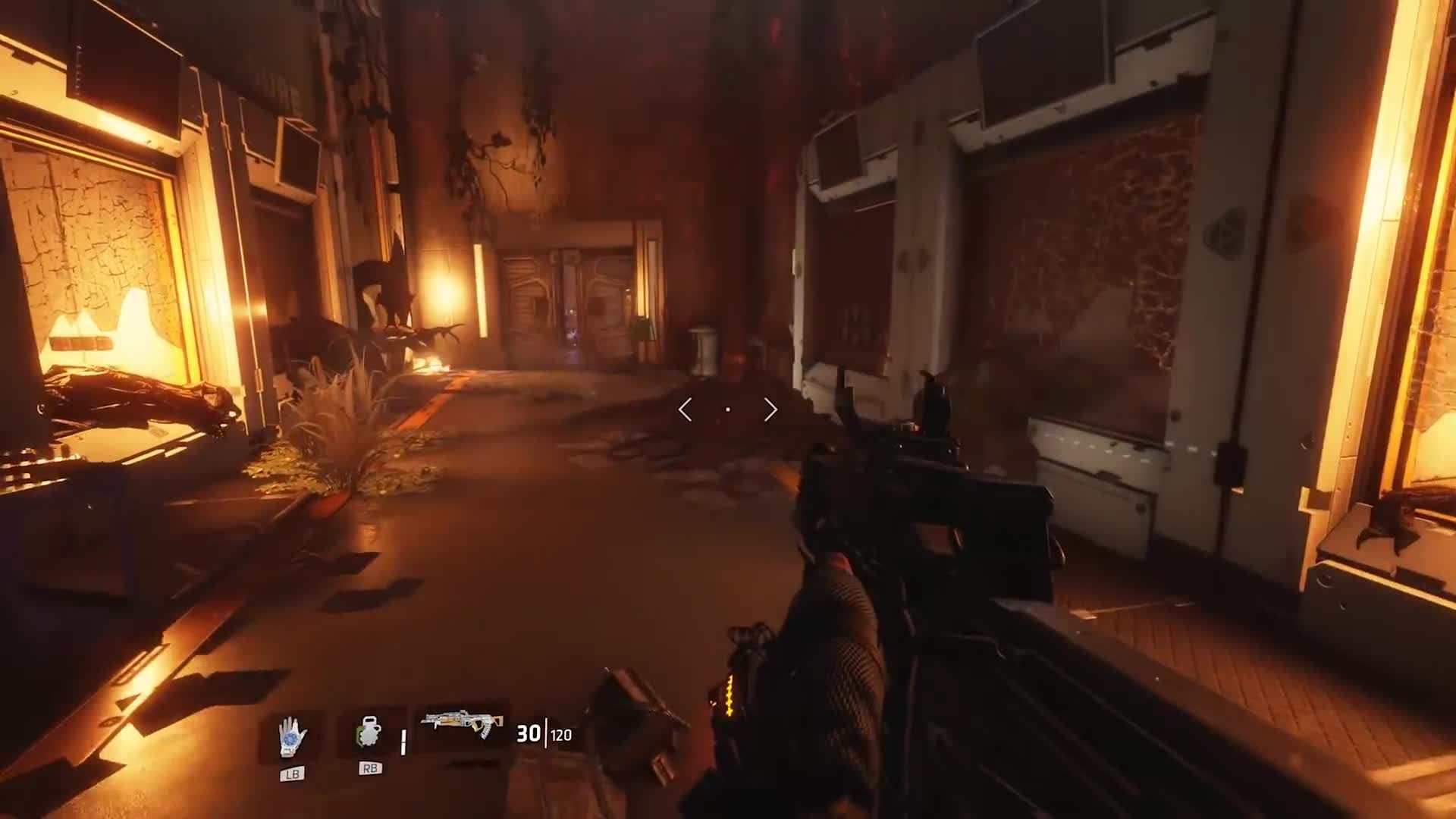 When I say I want Effect and Cause: The Game, I don’t necessarily mean, “Give me a time travel watch.” I don’t mean you need to juxtapose dilapidated ruins with snazzy laboratories either. What I’m talking about is the need to look at all of the core pillars of what constitutes a good shooter and actually unify them so that they become cohesive – the level is the structure they’re all simultaneously supporting, as opposed to the fact that the pillars simply exist and are placed near to one another. I’ve played dozens, if not hundreds of shooters over the years, including the vast majority of all the big ones. To this day, I’m not sure any level has been as ingenious as Effect and Cause. Not because of the time travel, or the wall running, or the other stuff people often talk about. It’s because of unity.

There’s one particular section near the end of the level that articulates this in such a subtly brilliant way that I can’t help mentioning it here. You’re standing in front of a massive chasm, and there’s a vertical surface spanning a fraction of the way to the other side. You’ve got to jump, wall run, jump into literal nothingness, flick your time-flit switch to cause the panel to shift position to where it is in the other timeline, catch yourself on the magicked-out-of-thin-air wall, run along it, bounce off, switch back, and so on, right up until you eventually reach the other side and are safe on solid horizontal ground. It takes about ten seconds total, but it’s one of the most rewarding set pieces I’ve ever played through. You don’t need to be very clever to figure it out, but it’s that feeling of everything coming together – the shapes of the structures around you, their function as infrastructural objects, their part in permitting you access to your objective, and the way in which you manipulate all of them to suit the set of mobility mechanics you’re equipped with. It’s all so fluid and silky, and I think if other shooters can capture even an ounce of the liquid magic Respawn bottled, distilled, and gorged on with Titanfall 2, we’re in a pretty good place for the future of the genre.