You are here:
Home / Give Me Back My Biotic Whips, BioWare!

Give Me Back My Biotic Whips, BioWare!

Mass Effect: Legendary Edition will never quite be complete without Mass Effect 3’s multiplayer. We’ve long since known that the remaster was going to be single-player only, and I’ve made my peace with it. While I sank hours upon hours into the original, it was the exception rather than the rule – generally I avoid multiplayer affairs. In fact, I remember being apprehensive way back when Mass Effect 3’s multiplayer mode was announced, only for those reservations to disappear as soon as I learned you got to be drell or asari or quarian. Still no hanar though.

The fact is, already being tasked with playing through all three Mass Effect games in a shorter space than I’d like, while still keeping an eye on other games and not calling in sick everyday, means I probably wouldn’t have the time to do Mass Effect 3’s multiplayer properly anyway. It’s a tough life being a games journalist, but at least you get the adoration of gamers everywhere.

I’d moved on. I was ready to play Mass Effect 3 as the solo experience I already wished it was back in 2012 before my mind was enlightened by an asari Huntress. Then I started up Mass Effect 3’s campaign as an Adept, and remembered that the Lash ability – easily the most fun and photogenic ability in the game – was restricted to multiplayer. The only way to use the Lash in single-player is during Aria T’Loak’s DLC, and even then it’s an ability for her, rather than for you. 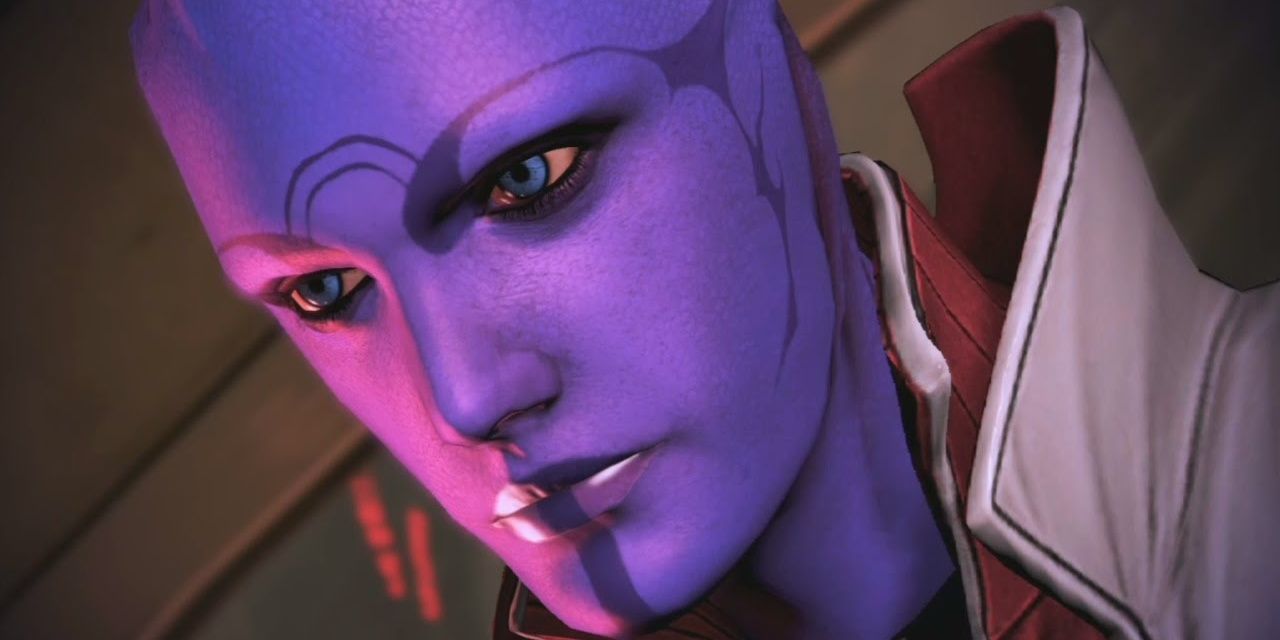 Lash is basically a biotic whip. While other biotic powers involve sending a strange blue orb shooting out to throw or pull or freeze or slam your opponent, Lash offered something new. Like Iron Man 2’s Whiplash – only not shit – you’d march into battle with a length of biotic rope and slash it at your enemy. This could rip away their shields, send them flying off the map, drag them closer to you, combine with other biotic powers, or just take off some health. While all the other biotic powers riffed on the projectile idea, Lash was like a ranged melee weapon. It was chaotic, cinematic, and effortlessly stylish. It’s no wonder Aria T’Loak had it in her arsenal.

Lash was not universally popular, however. It has one of the (if not the) longest casting animations in the game, and so makes it difficult to just pop out of cover and flash off quickly, in the way you can with, say, Warp. It also does not force Geth Hunters to decloak and can end up yanking Abominations much closer to you. Husks are a brilliant twist on the existential dread that comes with the zombie trope, but I still don’t want them exploding by my feet, thanks.

As much as I would have (over)used Lash in the single-player, I wasn’t really expecting BioWare to add it. My enjoyment from Legendary Edition is coming entirely from the story I already loved alongside the graphical tune-up. The changes all seem minor and inconsequential – default Jane Shepard across all three games is nice, but I’m playing as a custom character anyway. It’s nice that the camera angles have been tweaked on certain scenes too, but it’s clearly the same game. Folk aren’t even convinced the Mako has even been changed.

The biggest change to the whole experience is the lack of Mass Effect 3’s multiplayer, and even though that means less chance of the trilogy stealing hundreds of hours away from me, it’s clear that ‘no multiplayer’ is a negative change, in the mix with the positive tweaks. It’s not so much that I was expecting Lash to be added to the campaign Adept repertoire as it is that I forgot it wasn’t there already. I suppose the devs were originally banking on players trying out the multiplayer, and wanted to give them a different experience – something the Legendary Edition is unable to provide.

There is apparently still hope yet that the Mass Effect 3 multiplayer could return, and as pretty much the only universally praised aspect of Mass Effect 3, surely it’s in BioWare’s best interests. If it does, I’ll finally get to revisit my biotic whips – until then, I’ll have to make do with Aria’s.