You are here:
Home / Garfield Is Proof That There’s Hope For Nickelodeon All-Star Brawl Yet

When Nickelodeon All-Star Brawl was first revealed, I would have bet my unborn child that it’d be a big hit. It instantly took off on social media, featured a roster that was a zoomer’s wet dream, and looked like it understood what made Super Smash Bros. great – perhaps more specifically, what made Melee great.

I’m glad I’m not a betting man. There was plenty to love about All-Star Brawl at launch, But it also felt unfinished and was missing a certain “je ne sais quoi”. Even with the promise of additional characters, All-Star Brawl looked set to disappear as quickly as it came about, acting as a lesson that not everyone can do what Smash does, not even Invader bloody Zim. I still loved it, but I’m often told I have bad taste, so what do I know? 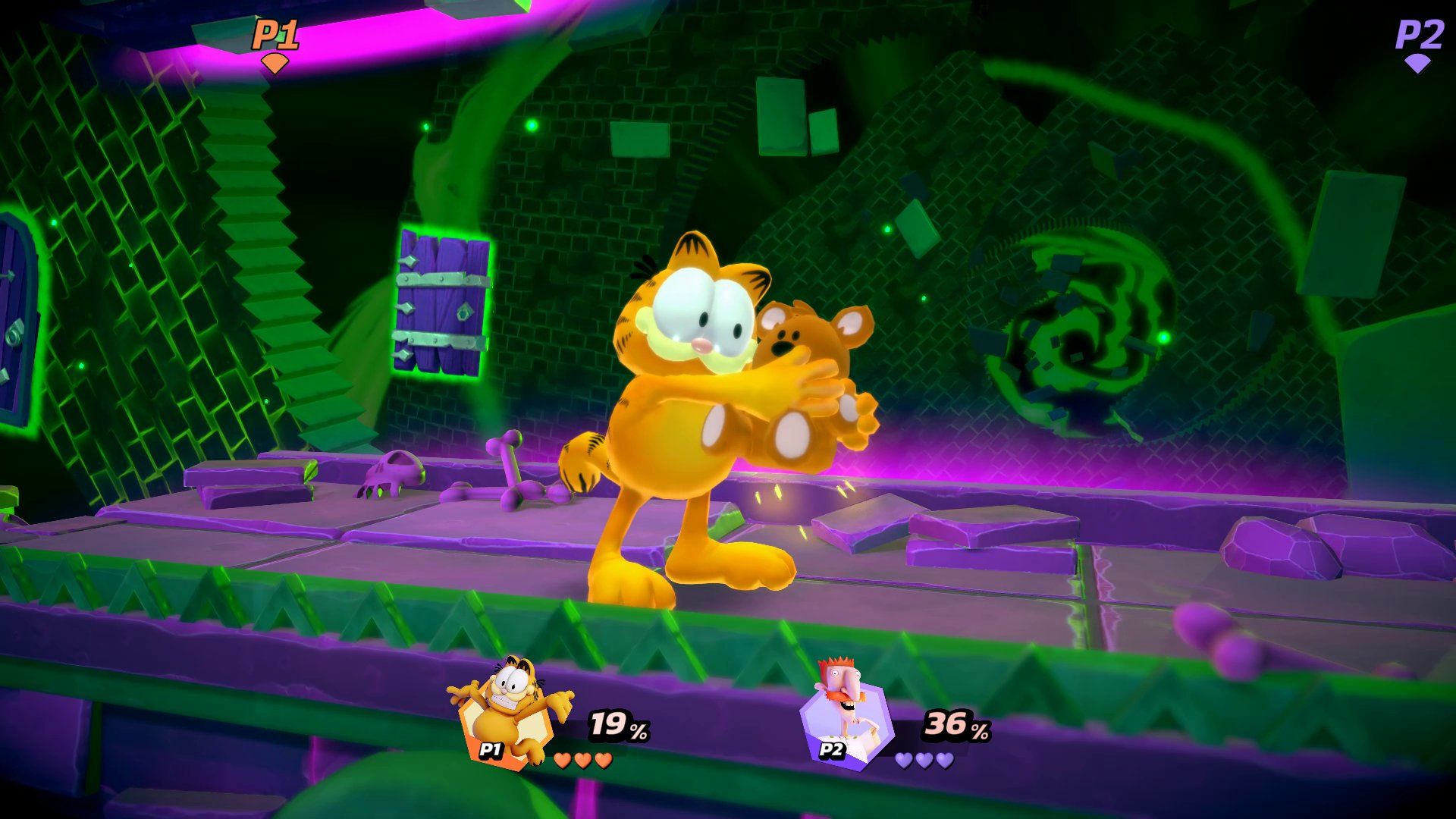 Even with that love, I didn’t expect to return to it for some time, especially as online matches reportedly became near-impossible to find. Couple that with a lackluster set of skins that felt like a plaster on a gunshot wound, and I was pretty sure that I wouldn’t be kicking the shit out of SpongeBob any time soon. Well, in a game, at least.

Then along came Garfield – now you can discount everything critical I just said. No, seriously, ignore my attempts at being serious because, like the sheep I am, I instantly jumped back into All-Star Brawl, tattooed Garfield’s face on my chest, and promised to never stop playing again or doubt the game again.

Garfield is the shot in the arm that All-Star Brawl desperately needed. He’s not just a brand new character to piss around with in training mode, he’s a well-crafted one that feels unique compared to the rest of the cast and feels like he’s had the most love put into him above everyone else. . That’s kind of strange for a character you don’t really associate with Nickelodeon, but I love me some Garfield so I’m not complaining.

Ignore the recency bias here but when it comes to mechanics, Garfield is All-Star Brawl’s most fun character to play. He’s got a ton of speedy attacks all with excellent range, but his side special is the absolute bomb, chucking out a pie that can carry enemies off the screen almost instantly. It’s Mario’s fireball on steroids.

He can also chuck out Pooky to act as a projectile that sits on the ground and can hit opponents when called back, which feels like the start of some pretty intense mind games. That’s Garfield 101, baby. His recovery is absolute Odie shite, but that serves to balance him out given he’s so strong in every other area. I’m no competitive player, but his moveset is strong enough that I managed to win against the first few players I went up against online. 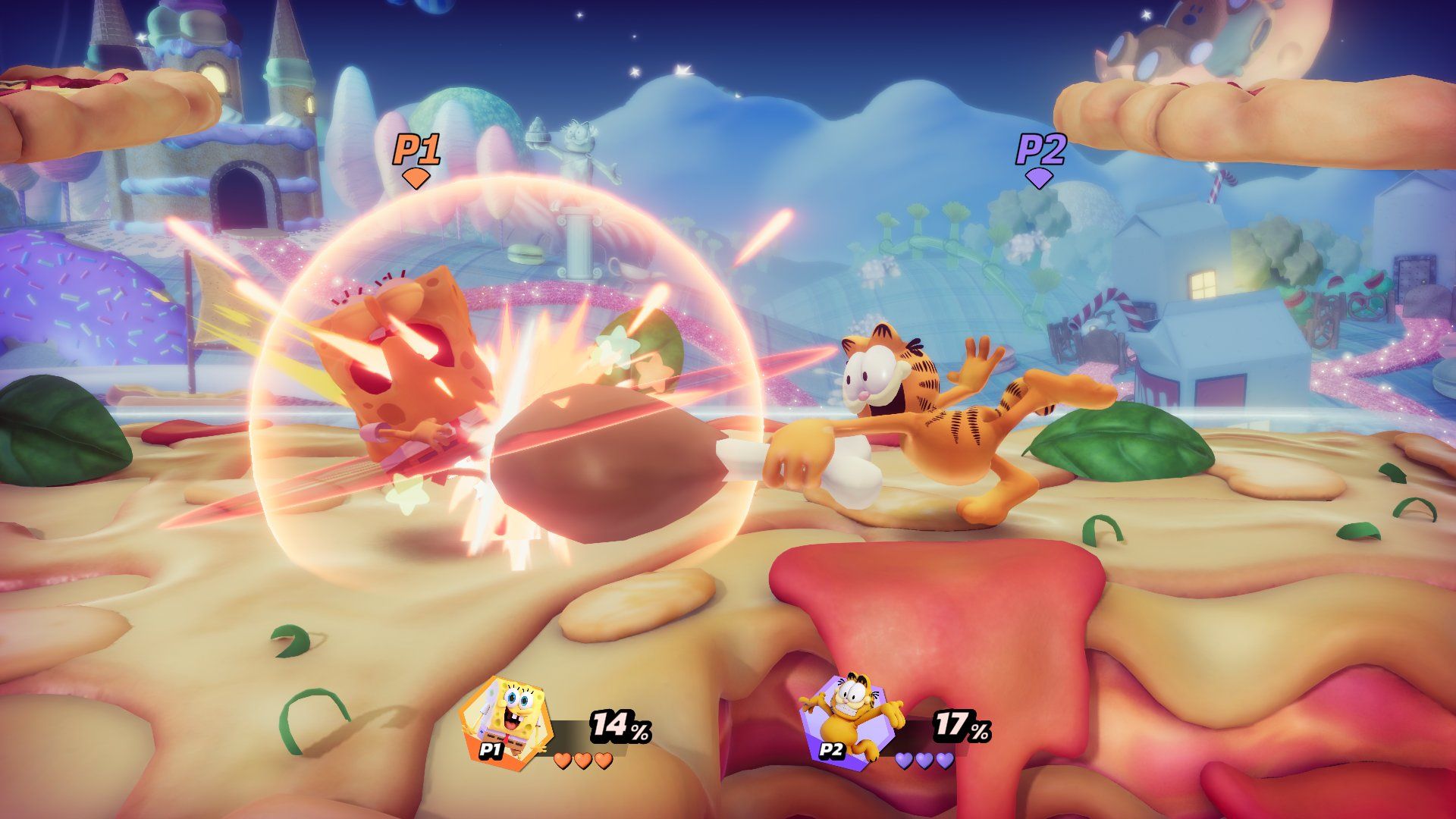 You don’t want to hear about his competitive viability though, do you? By far the best thing about Garfield is how much love has clearly been put into getting him right. All-Star Brawl runs the gamut of its characters either feeling generic, like Aang and Korra (sorry Avatar fans, they’re just punching people with rocks), or having a ton of self-referential moves that make the lack of voice acting seems like a non-issue, like SpongeBob and Lincoln Loud.

Thankfully, Garfield is the latter, and a love letter to everything to do with the fat cat. When he moves he does so with a sleepy slouch, his downward attack is trying to hit a spider with a newspaper just like in the comics, and of course, he has moves centered around eating lasagne and burping. It’s recognisable if you don’t know Garfield, but if you grew up reading his comics online like me (why am I single again?), then there’s a ton of deeper references.

And giving him “Monday” and “lasagne” speech bubbles that hit enemies as his up-air? Absolutely genius. Who says All-Star Brawl doesn’t have speaking characters?

But one lasagne-loving cat doesn’t magically fix all of All-Star Brawl’s issues. It still doesn’t have voices, single-player content, or a Danny Phantom who doesn’t look like his head has been filled with porridge. However, it does continue to prove that All-Star’s strength is great platform fighter mechanics and representing its characters with love. That’s a damn good sign for a game I would have placed in the obituaries a week ago.