You are here:
Home / Final Fantasy XIV: Everything You Need To Know About Ul’dah

Final Fantasy XIV: Everything You Need To Know About Ul’dah

All Final Fantasy XIV players start their journeys in one of three city-states: Gridania, Ul’dah, and Limsa Lominsa. Each city has its own distinctive culture and starting storyline, but players interested in FFXIV’s lore or joining the game’s ample roleplaying community may be disappointed to find out that information about FFXIV’s most notable locations is rather sparse.

What information there is tends to be scattered, revealed later in the game’s storyline, or overshadowed by bigger, more important story events—not very accessible to players looking to build their characters’ lore, is it? As such, here’s our rundown of Ul’dah, the city that pugilists, gladiators, and thaumaturgists start in. 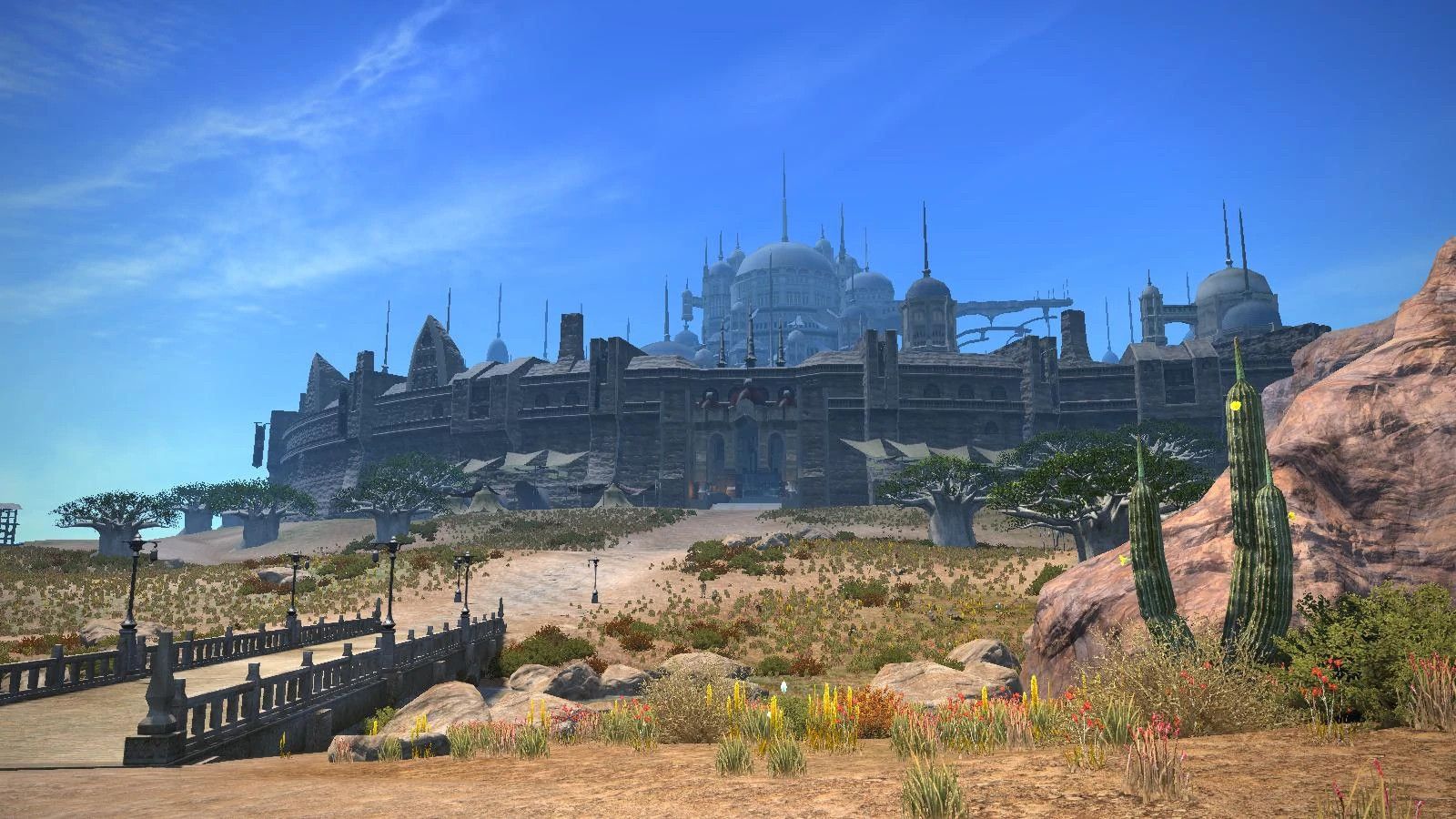 Ul’dah, also known as the Jewel of the Desert, is a bustling city located in arid Thanalan. The city is renowned for its wealth, entertainment, and ruthless mercantile culture, so much so that its city motto is “For coin and country!”

Although business and money being revered as almost sacred institutions in Ul’dah, Ul’dahn merchants tend to be ruthless with competitors and customers alike. Anyone who is cheated of their money in Ul’dah tends to be treated as an idiot rather than a victim, and as such, Ul’dah has earned a reputation for being a den of swindlers.

Furthermore, the city’s reputation for wealth and resources also means that many dreamers, refugees, and more flock to Ul’dah in hopes of finding a better life. However, during the time period FFXIV is set in, the city has seen a surge of refugees, and most Ul’dah natives feel they are beginning to leech off the city’s resources. 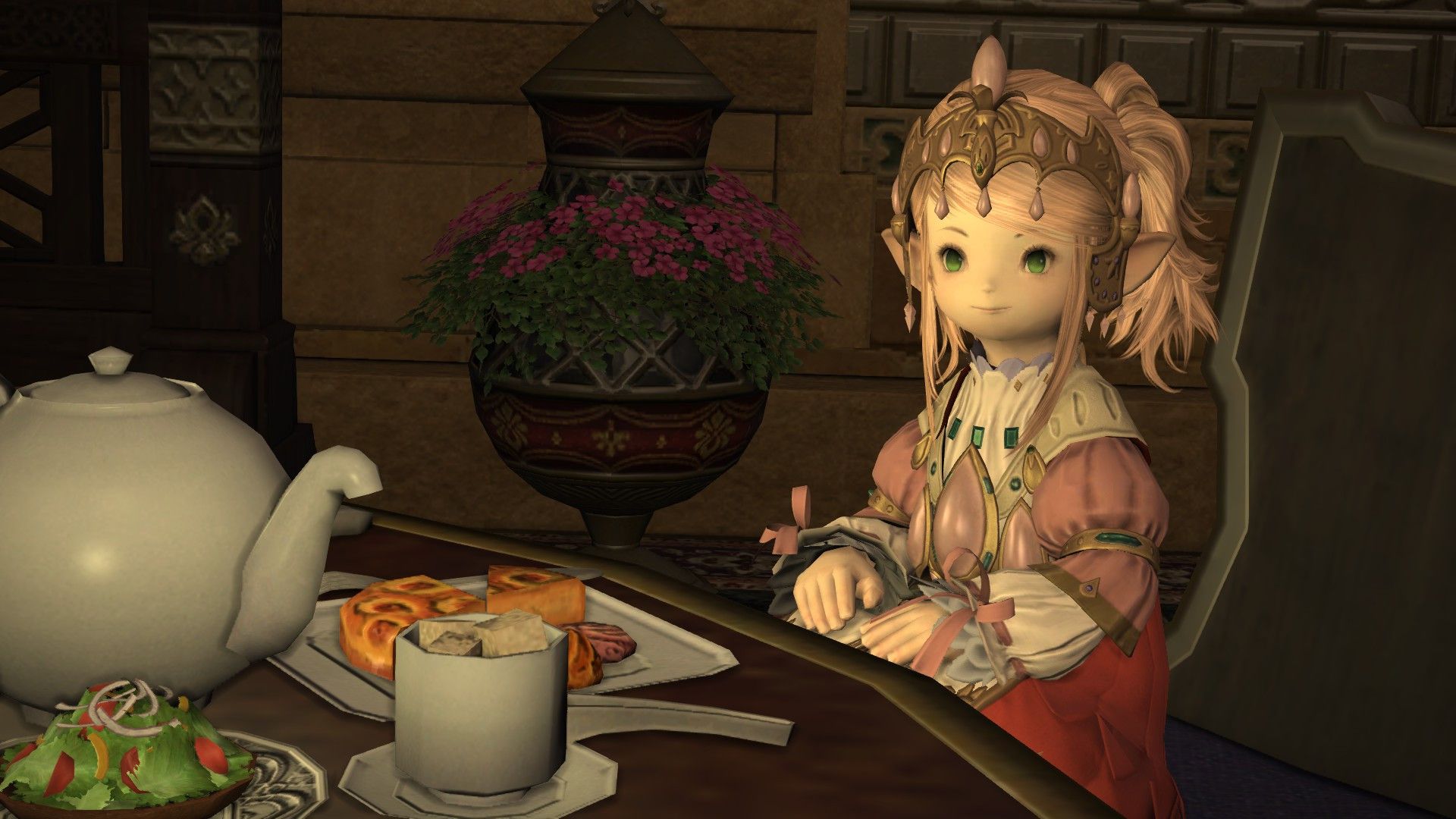 The city is most famous for its textiles, goldsmithing, mining, and alchemical industries, as well as its coliseum, dancers, and the Manderville Gold Saucer, an opulent entertainment center.

The Ul Dynasty has ruled Ul’dah for generations, their will carried out by the Divan, a council of eight viziers who oversee different aspects of Ul’dah’s government. But as the years have passed, support for the Sultanate declined, with many citizens preferring to overturn the Ul Dynasty and allowing the city’s richest, most influential citizens to take the wheel. Supporters of the Sultanate are called Royalists, with the opposing faction known as Monetarists.

In recent years, due in no small part to the current Sultana—Nanamo Ul Namo’s—parents dying suspiciously during her childhood, the Monetarists all but formally rule the city. They are represented by a group of the six wealthiest individuals in Ul’dah, known as the Syndicate. Its most notable members are Flame General Raubahn, Lolorito Nanarito, and Teledji Adeledji, although General Raubahn is famously loyal to Nanamo.

Nanamo herself is famously compassionate and idealistic, and often sneaks out in disguise in order to see the city for herself. However, she has little actual power, and lacks the political experience to make sweeping changes. 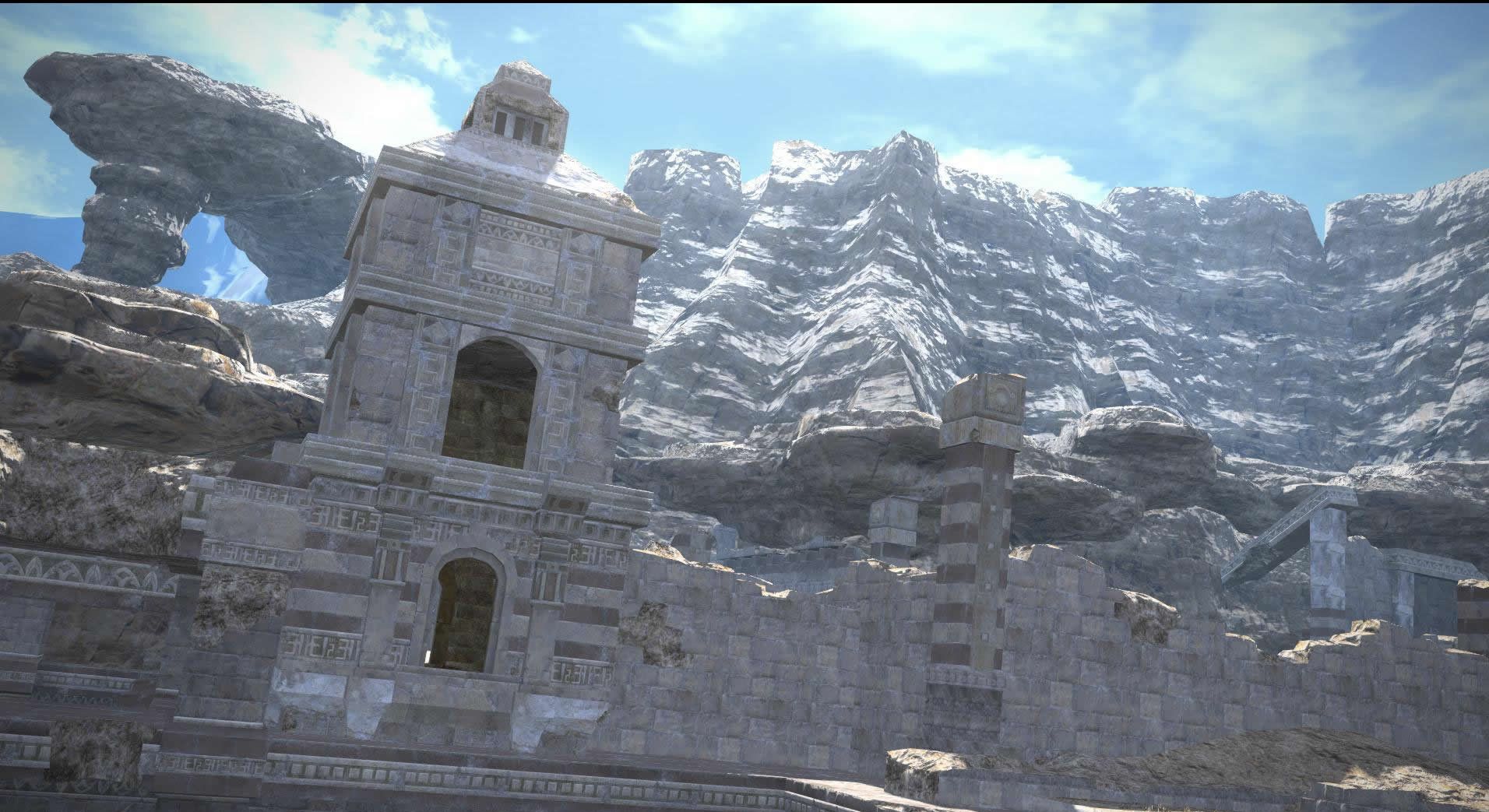 Ul’dah is descended from the once-great Belah’dia Empire, which prized power and wisdom. The empire split into two sister states after its decline: Ul’dah and Sil’dih, with Ul’dah culturally favoring power and Sil’dih favoring wisdom.

Ul’dah later entered a vicious conflict with Sil’dih, after which Ul’dahn thaumaturges created a magical zombification powder and nearly wiped out Sil’dih overnight. The general populace is entirely unaware of this, as Ul’dah history teaches that it was Sil’dih who turned their own dead into zombies in order to win its war with Ul’dah.

But in recent years, the ruins of Sil’dih’s have been unearthed, leading a number of curious Ul’dahns to investigate in spite of the city’s propaganda.