You are here:
Home / Final Fantasy 7 Remake Doubles Down On Its Radical Politics

Final Fantasy 7 Remake Doubles Down On Its Radical Politics

Final Fantasy 7 is a political game. The definition of a political game is fairly broad these days, ranging from games that make political statements to games that feature politicians in central roles, to games that don’t feature an all cis-white-straight male cast. “Stop making gaming political!” has become such an empty, bad faith talking point – basically, if a certain group of people (4chan losers, mostly) decide they don’t like a game, it’s political. If they do like it, it’s not. That’s what makes Final Fantasy 7 so interesting. It’s universally beloved, but back in 1997 – way before most games had narratives layered enough for staunch political commentary – Final Fantasy 7’s story was built around environmental activism, the impending threat of climate change, and the ways in which capitalist corporations will align with fascism in order to protect their bottom line. When Final Fantasy 7 Remake launched last year, it played with the original story and zoomed in on the individual arcs, but it kept these core themes – which, in 2020, were even more resonant than they were two decades ago. With 2021’s Intergrade Episode Intermission DLC, FF7R is doubling down on that.

In Final Fantasy 7 (both the original and the remake), you play as an eco-terrorist. At least, that’s what Shinra, the antagonists of the game, bill you as. On a logical level, it’s hard to argue with them. You blow up a reactor to prove a point. Yeah, you don’t target innocent civilians, but you fight (and presumably kill, given you have swords and guns) several hundred Shinra staff. And you plant a bomb – terrorism 101 stuff.

Of course, there is more to it than that. The bomb is not designed as a threat nor to cause chaos – it is very specifically designed to blow up an environmentally disastrous reactor and take no civilian casualties. All of the heroes have some personal investment in the cause too. While Cloud is just a merc, he quickly becomes part of the team and has a lot of history with Shinra. Plus, in retaliation to the bomb, Shinra decides to drop a whole city on another city, like the world’s worst episode of Pimp My Ride. When the rotting pizza falls, all bets are off. While there are still pointed questions to ask about their stakes, motivations, and methods, Final Fantasy 7’s framing is clear – you might be eco-terrorists, but you’re playing as the good guys. 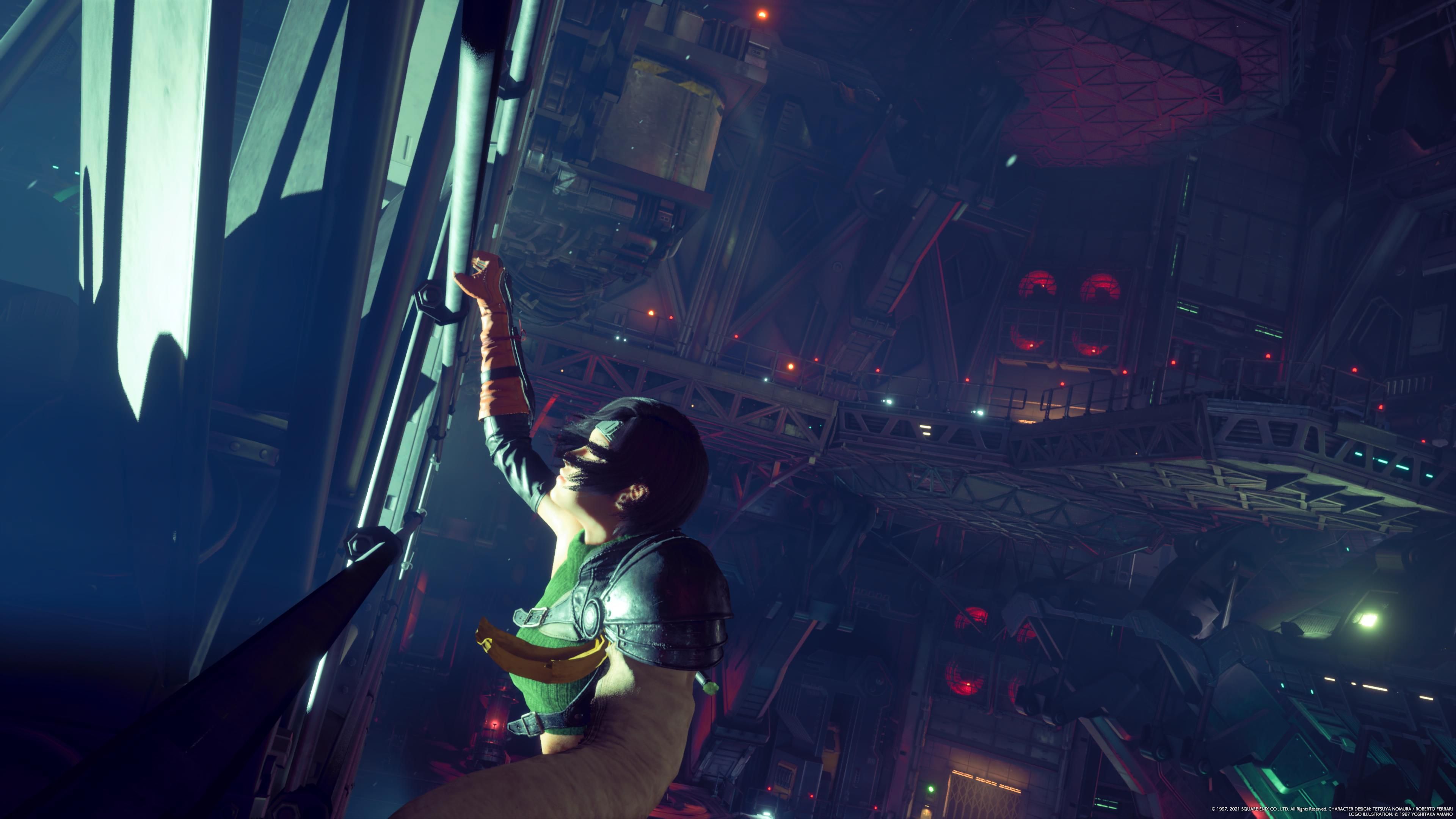 That’s something the game doesn’t get enough credit for. I’m not the first person to point out that Final Fantasy 7 has political themes, nor am I the first to highlight the obtuse ways in which the “No political games!” crowd overlooks its messages to go “Wow, cool sword!” Still, we don’t talk enough about how it’s political, and the stances it takes beyond environmentalism. On the simplest level – well, one level up from “Cool sword, my dude” – it’s a game about the environment. Recycle, turn down the thermostat, and don’t pillage the planet’s natural resources for profit and pollution. But the ways in which Avalanche (the organisation Cloud and co. belong to) get things done is a crucial part of the story. This is not a tale where they learn their actions are wrong. This is a tale where the world learns their actions are right.

Much like using the climate crisis as a central narrative theme, this framing is more relevant in 2020 than it was in 1997. Radical groups have always existed, and have been at the forefront of several advancements in the 20th Century, from the works of the Black Panthers, Malcolm X, and Martin Luther King in Black civil rights movements to the Stonewall protests for LGBT+ justice. Radicalism is nothing new, but in the online age we have seen a groundswell of grassroots political action, with zoomers and young millennials being heavily engaged in social justice. Black Lives Matter and Extinction Rebellion – the latter being very close to Avalanche in its motivation – are the two most potent examples. 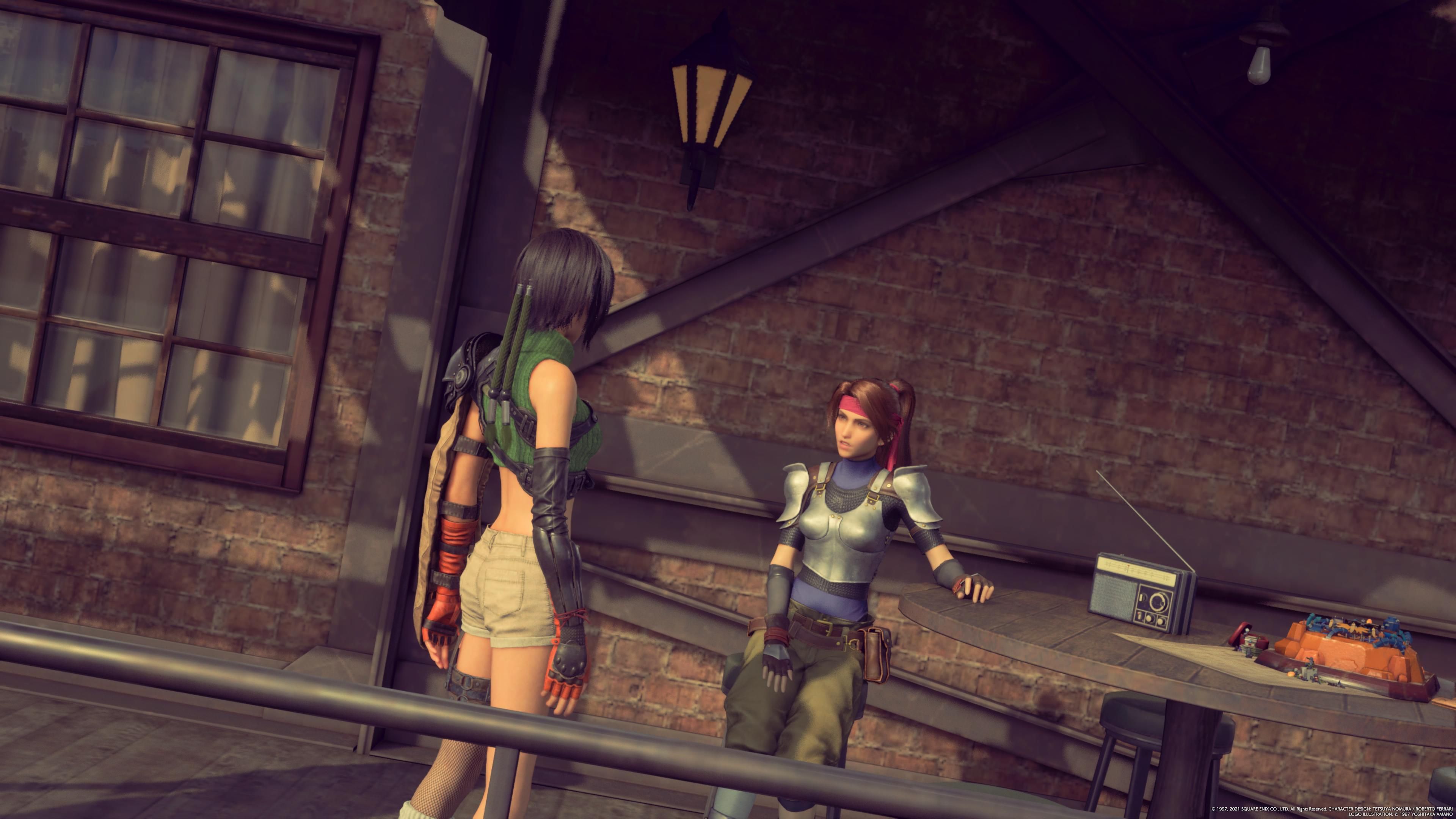 Final Fantasy 7 Remake puts these causes on the screen. Not literally – neither BLM nor XR use bombs or terrorist-adjacent methods – but spiritually. Final Fantasy 7 Remake tells you to fight for what you believe in. To fight for what’s right. Too often, media pigeonholes the good guys in, where they must not only be just, but be just in the right way. The good guys get defanged – their behaviour constantly under a microscope, where they must always continue to be perfect or lose their status as good guys. No anger is allowed, no retribution, no violence – they’re the heroes, and just like going down on Catwoman, heroes don’t do that.

Final Fantasy 7 disagrees. On the violence part, at least. The heroes blame themselves for the actions of Shinra, but the game makes it very clear they have no choice. In Intergrade’s Episode Intermission, we play as Yuffie, who teams up with the more moderate version of Avalanche, but throughout her journey, she realises Barret and Tifa are the ones she should really be working with – because moderates get nothing done. Yuffie needs to go on the front foot to take on Shinra, and that means being a radical. That means being like the splinter cell – it means being a hero who isn’t always heroic. 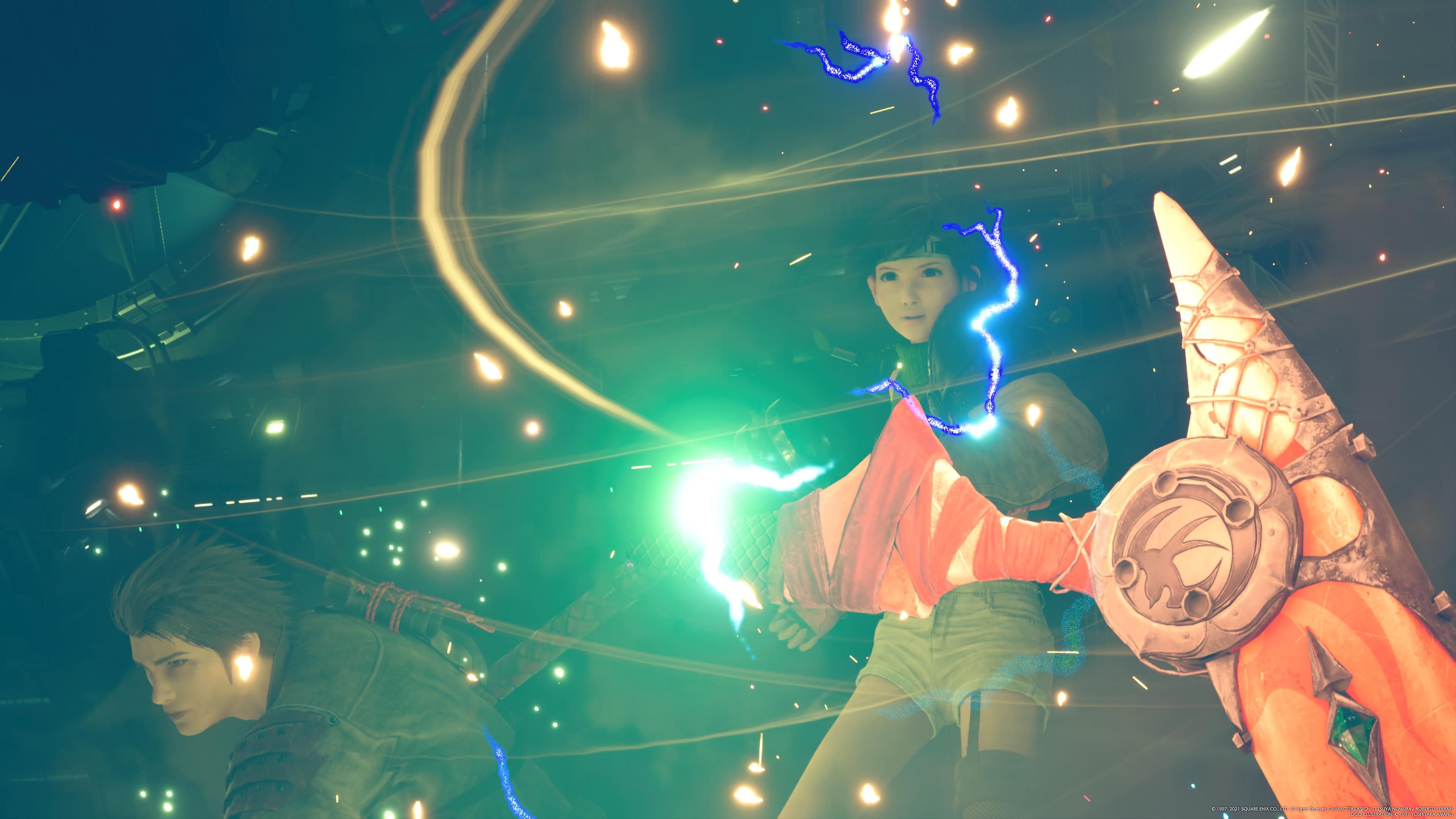 Final Fantasy 7’s politics have always been important, but Remake brings their importance into clearer focus. It’s much more than what the game stands for – it’s how it stands for it. Final Fantasy 7 will not wait its turn, it will not have its tone policed, and it will not ask nicely. It courses with radical identity, and in having Yuffie realise where her story must take her, the game underlines its commitment to these politics firmly.