You are here:
Home / Fast & Furious: Highway Heist Is A Board Game That Feels Like An Action Movie

Fast & Furious: Highway Heist Is A Board Game That Feels Like An Action Movie

The Prospero Hall imprint from Funko Games has such an amazing track record with licensed games that, at this point, I don’t even feel like I need to be a fan of the franchise to enjoy the game. I’ve never really cared for the Fast & Furious movies, but that didn’t take one ounce of enjoyment away from my time playing Fast & Furious: Highway Heist. This may sound absurd, but Highway Heist can be best described as a cross between a tabletop RPG and an action movie. Picture a combat encounter in Dungeons & Dragons, but instead of slinging spells at goblins, you’re driving sports cars into a battle tank. It may not seem like a perfect pairing, but Fast & Furious: Highway Heist absolutely nails the action movie RPG in a way I never thought possible.

Highway Heist is a cooperative game (because the most important thing in life will always be family) in which 2-4 players work together to take down a massive vehicle while speeding down the highway. There are three scenarios to choose from: Tank Assault, Chopper Takedown, and Semi Heist. Both Tank Assault and Chopper Takedown are fairly straightforward missions that require your team to destroy either a tank or a helicopter and Shaw’s car, while Semi Heist is a much more complicated scenario that involves stealing cargo from a truck and escaping. It’s recommended that beginners start with Tank Assault, which is the scenario I found to be the most fun. 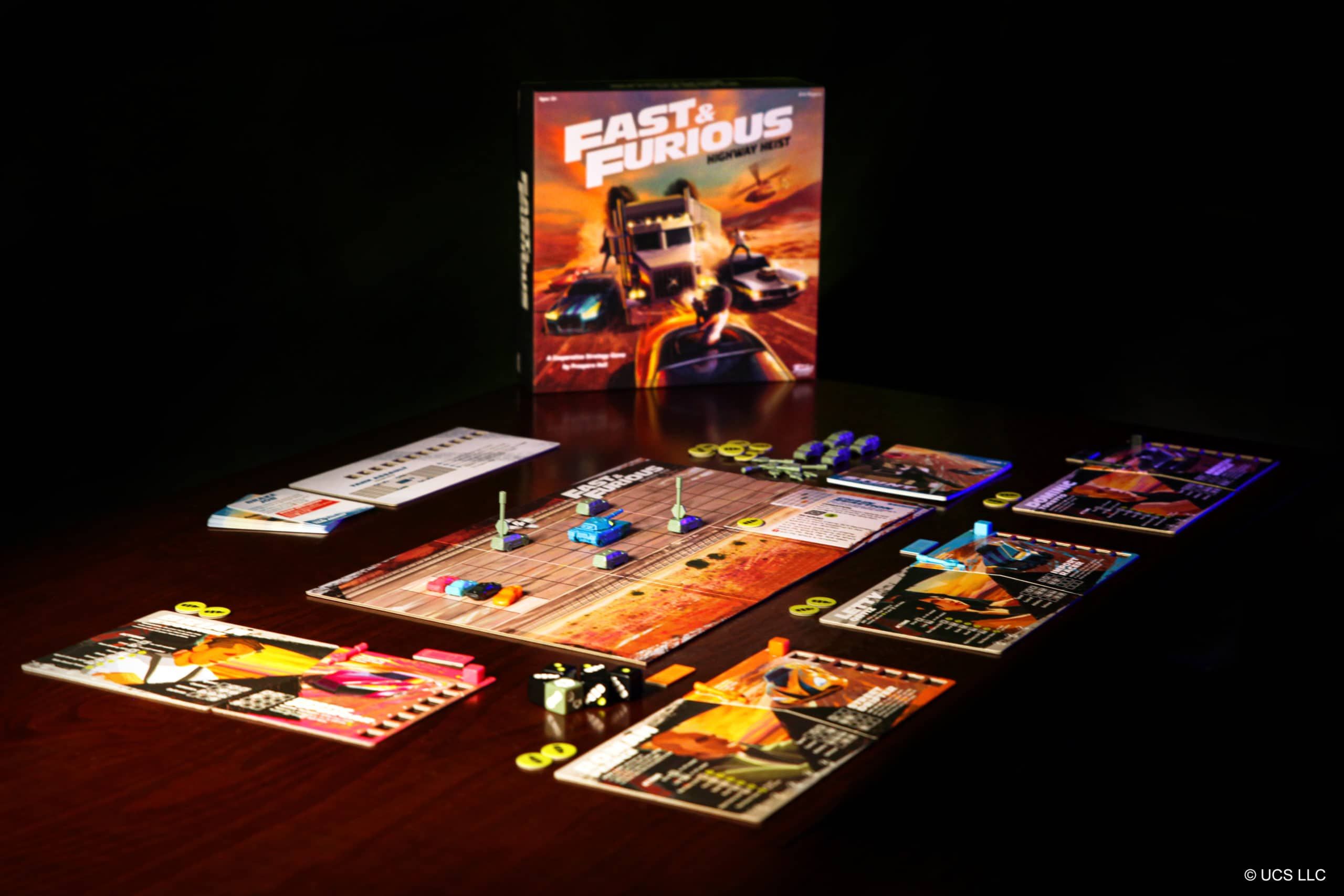 Players then choose a character and a car. Each character and vehicle has its own Speed, Control, Athletics, and Defense stats, and when combined together, make up each player’s total stat values. Like with most pen-and-paper RPGs, you’ll need to make a skill-check roll every time you want to take an action, like leaping onto another vehicle or ramming an enemy car with your own. The higher your stats are, the easier your rolls will be. Each character and vehicle also has a unique ability. For example, Dominic Teretto’s ability allows you to reroll one die every time you make a skill roll, while the American Muscle car allows you to ram other vehicles further across the board than normal. These unique combinations add just enough class building to help players get into character, and it adds some nice replay value too.

Once you’ve set the target vehicle and enemy SUVs for your chosen scenarios, your team will then work together, taking turns to attack the target by causing wrecks up and down the highway. The game imagines that you and your crew are spreading down the highway at a constant rate each turn. Anytime you move your car to the right, you’re effectively speeding up, while moving to the left means you’re slowing down. Each player is allowed two actions per turn where they can move around, ram into other cars, set up stunts, or even leap out of their car onto other vehicles.

Of course, enemies can also drive around on the board between player turns, as well as attack with their own cars or even leap onto player vehicles. The board quickly becomes as chaotic and action-packed as the movies themselves. It’s not uncommon to jump out of your car to fight someone on the roof of your friend’s car while they ram into the side of an enemy SUV, sending both you and the enemy flying on top of the tank, just close enough to your car to jump back in. 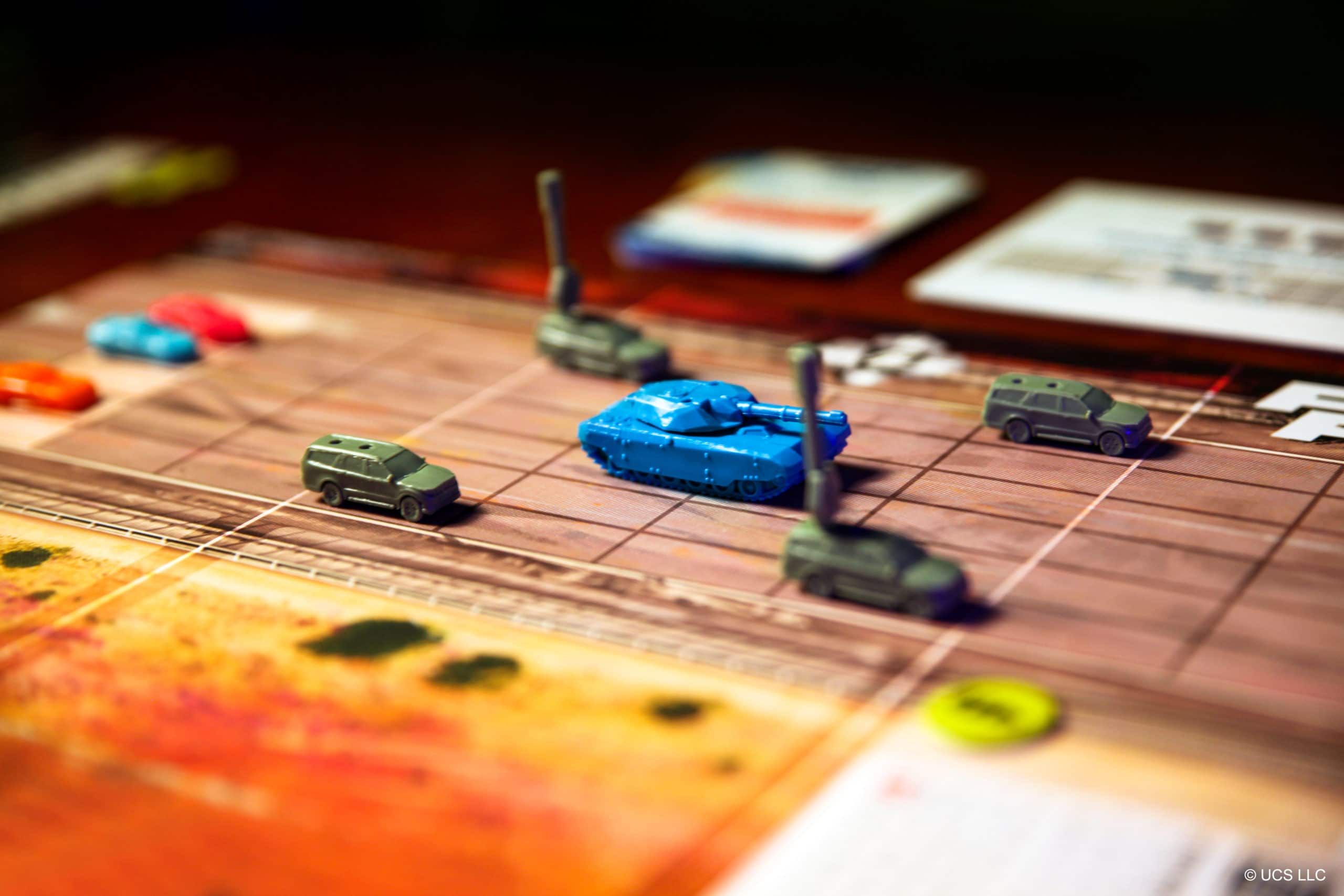 Eventually, it’s possible for your car to get destroyed. When that happens, you’ll need to leap your way onto an enemy SUV and hijack it. Just like the characters in the movie, your character has the ultimate plot armor. No matter how many cars smash into each other and explode, your character will always leap to the next available car, ready to slide into the driver’s seat and cause some more havoc.

The game is full of fun moments to roleplay during each turn, but the stunts are by far the coolest and most cinematic actions. A new stunt becomes available each turn and can only be used a limited number of times before it gets moved to the discard pile. The final stunt in the deck is the wackiest one and will provide your team with an automatic win if you can pull it off, but if you don’t manage to complete the objective before the final stunt gets discarded, it’s game over.

The stunts require a specific configuration to pull off, as well as a skill check, but they reward your team with a big hit on the target vehicle and a cinematic moment. In the Chopper Takedown scenario, if you can line up Shaw’s car and the helicopter with a wreck in between just so and jump on top of Shaw’s car, you can force Shaw to hit the wreck and launch his car into the chopper, instantly destroying them both. There’s a lot of imagination work to do when performing stunts, and there’s a big element of make-your-own-fun in Highway Heist, but my group had an absolute blast playing out these scenarios and imagining all the high-octane, action-packed moments as they played out. 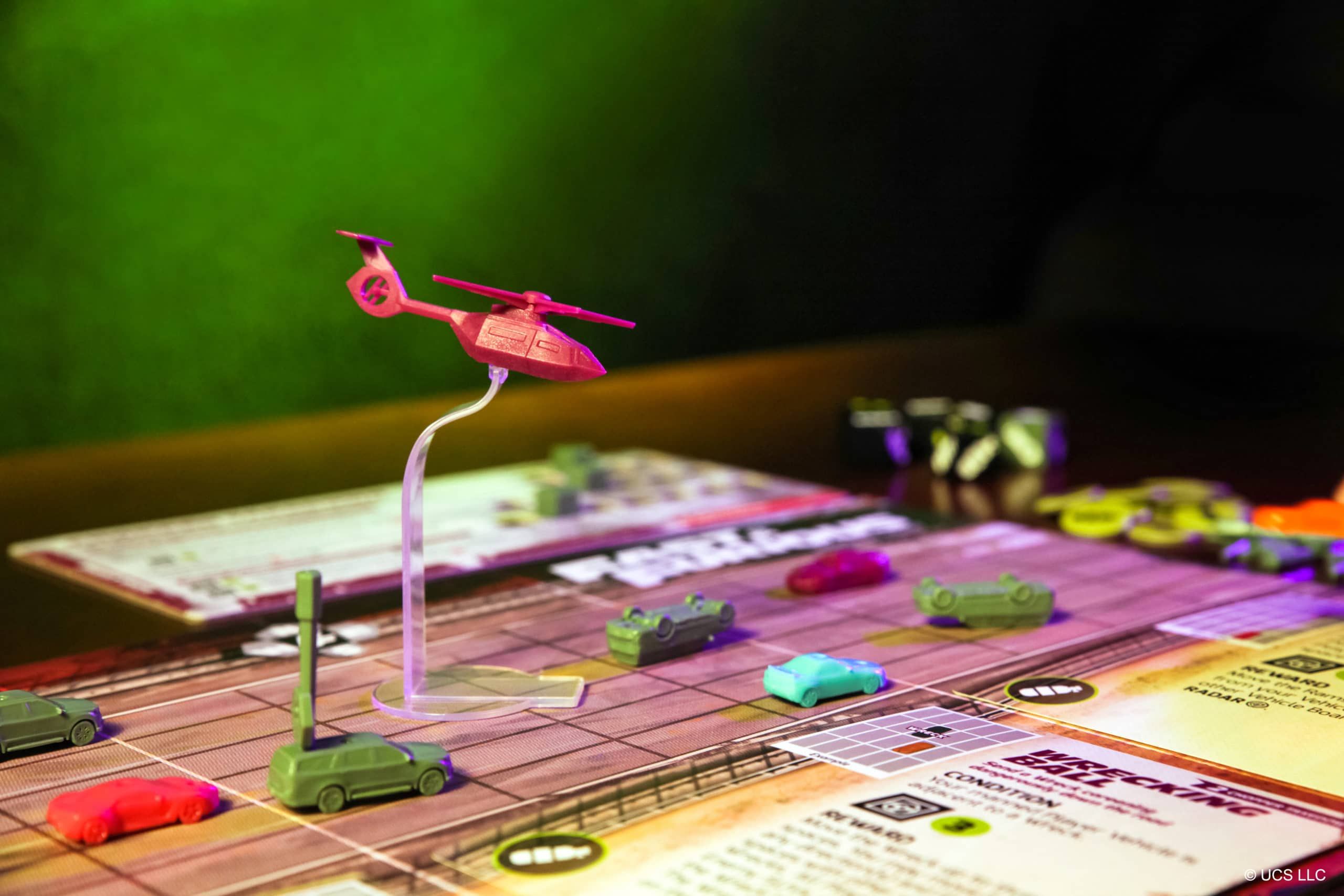 Fast & Furious: Highway Heist doesn’t require an encyclopedic knowledge of the characters and plotlines from Fast & Furious to enjoy. Frankly, the game doesn’t really care if you’re even familiar with the franchise at all. It works just as well as a stand-alone game about smashing cars into each other on the freeway, and I think the experience is visceral enough that anyone can at least understand what’s happening. It does require a bit of creative investment, however. It isn’t too strategically complex, and once you’ve played all three scenarios there isn’t much more to discover about it. What makes Highway Heist such a joy, however, is the excitement and RP of imagining the flaming balls of twisted metal your team is leaving behind as you’re speeding down the road. If the action role-playing is appealing to you, Fast & Furious: Highway Heist is a hell of a good time. Perhaps even, dare I say, fun for the whole family.

Fast & Furious: Highway Heist was provided to TheGamer for this review. Highway Heist is available now from many major retailers. 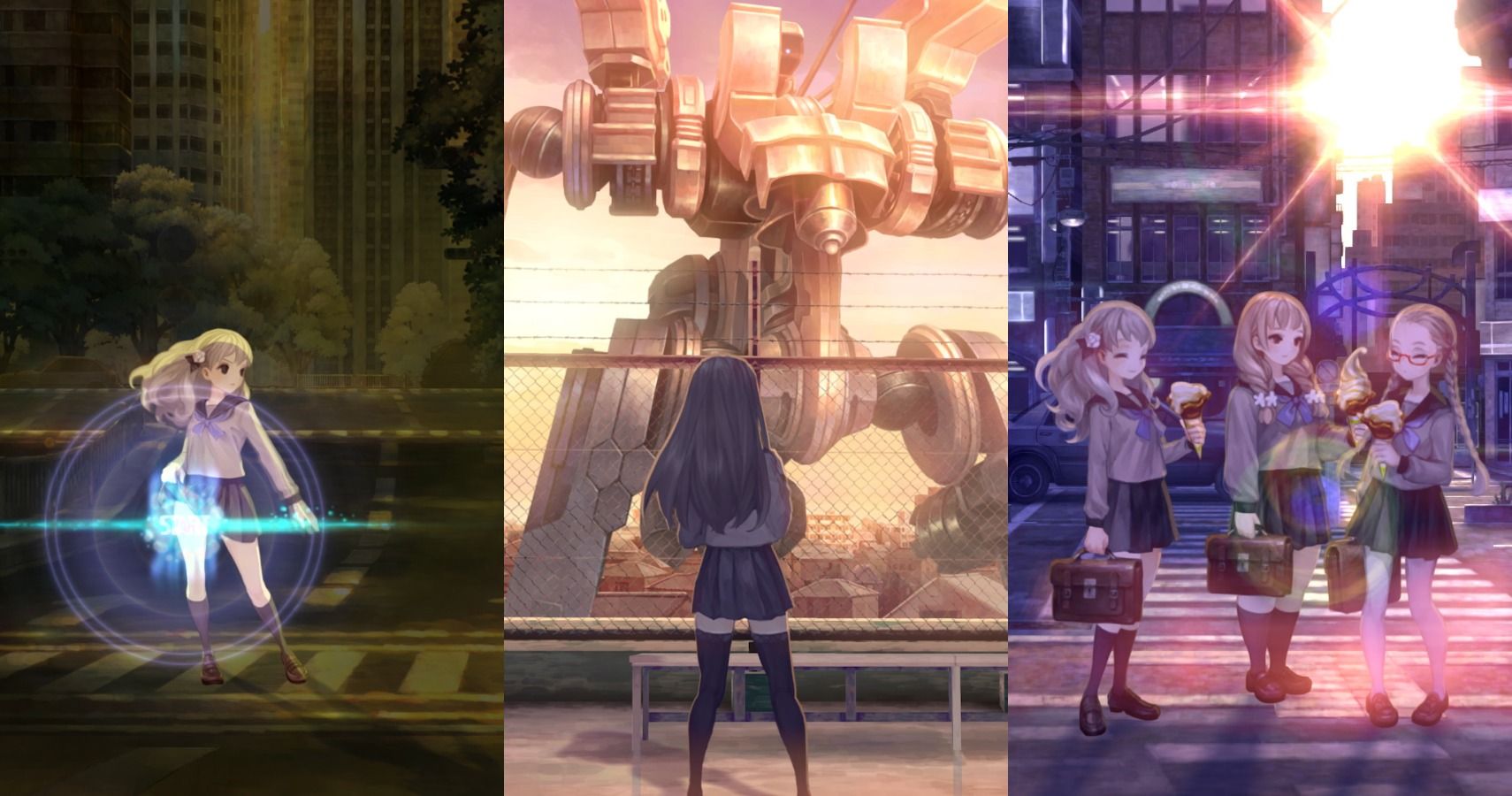