You are here:
Home / Farlight 84 First-Look: Light My Fire

Imagine the overall gameplay flow and combat system of Apex Legends, the way Call of Duty utilizes vehicles, and the aesthetics of Destruction AllStars and Fortnite. Then add jetpacks. That’s essentially what Farlight 84 can be described as from a high level. The upcoming title from Lilith Games features quirky characters and intense firefights, and although on the surface it may look like a game that you’ve played before, Farlight 84 looks primed to be a solid contender for the next major online third-person shooter when it releases next year.

I say that as someone who dared to give Darwin Project and the aforementioned Destruction AllStars a chance, and being heavily disappointed by both. Even though Farlight 84 looks like it could potentially fall into the same trap as those two games, I’m far more optimistic about it having seen some early footage of actual gameplay. 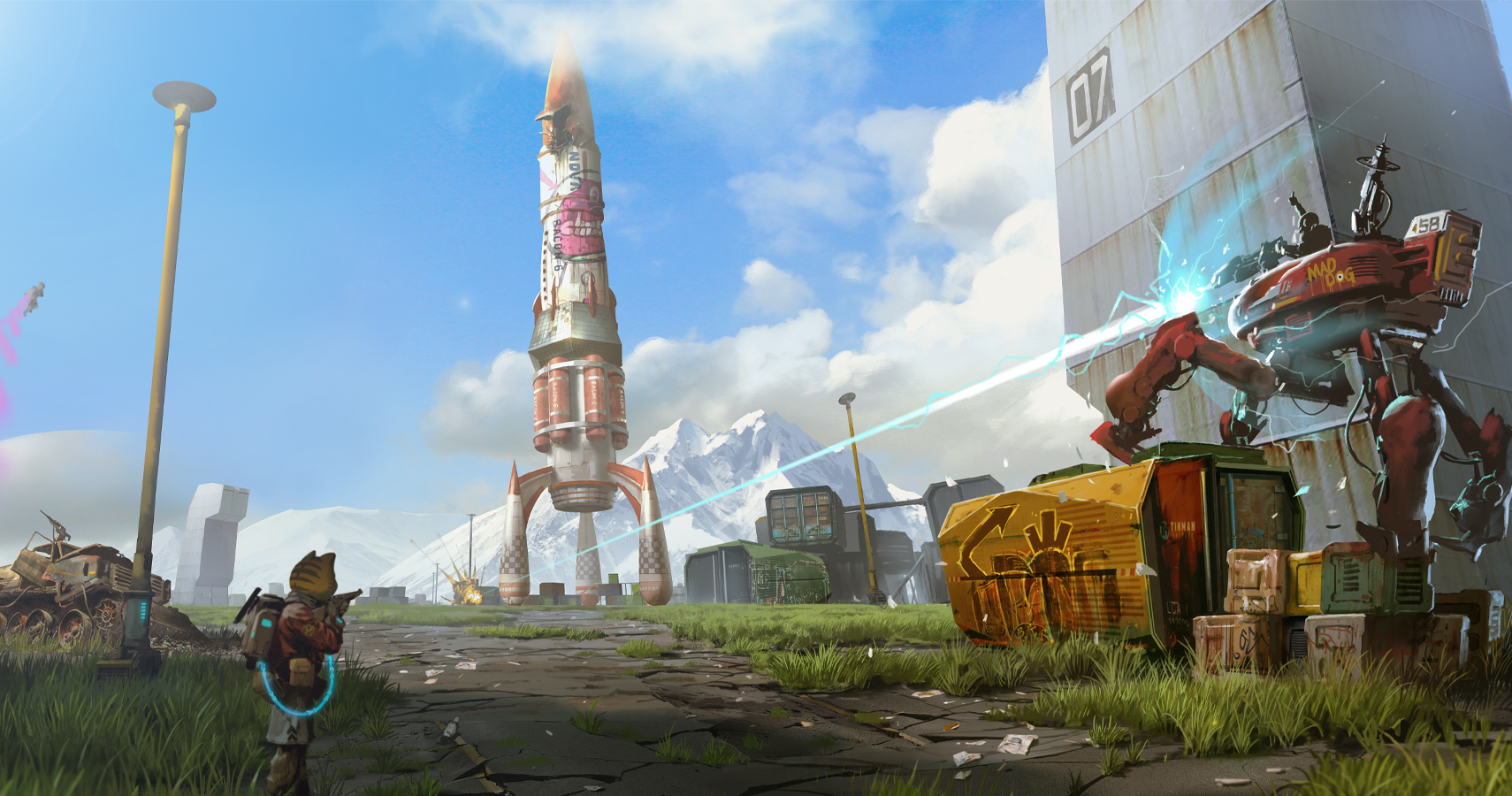 So, what is Farlight 84 exactly? It’s a third-person shooter (with a first-person aiming option) that puts players in an apocalyptic wasteland in team-based PVP action. The game features a variety of characters with different special abilities, along with a slew of weapons to be obtained and vehicles to be driven, as well as 11 different jetpacks to choose from, each one having its own unique characteristics.

The main game mode that Farlight 84 will launch with is HUNT, which pits up to 48 players against one another as they track down targets and eliminate them for points. Once teams have enough points, they’ll become eligible for escaping the map, which involves getting picked up by a dropship at a certain location. This is easier said than done, of course, as teams will still have to contend with other players to avoid being eliminated before their ride shows up. 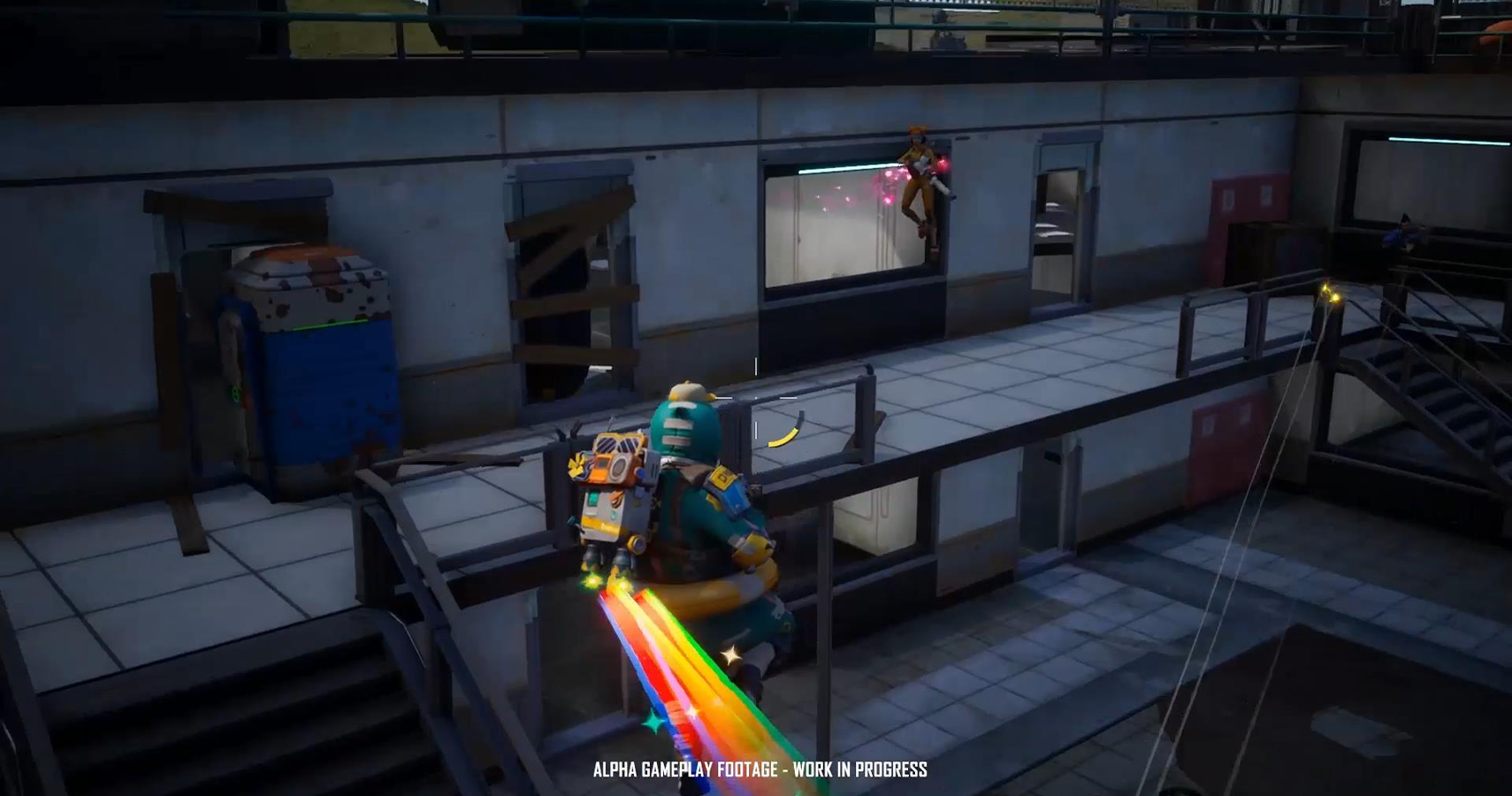 Just from the brief early glimpse of gameplay that I was fortunate enough to check out, Lilith Games has me pumped for Farlight 84’s full release. For me, battle royale-style games have become stagnant. They can be fun in bursts when a new character or major feature drops, but for the most part, it’s “been there, done that.” And while that may be what Farlight 84 looks like at a glimpse, I can’t help but feel like there’s a lot more to it than just “be the last one surviving.”

The world that you’ll be playing in looks like something pulled from Apex Legends. However, you’ll be traveling in third-person, only hopping into a first-person perspective when you’re aiming down the scope of your gun. Like most shooters, movement in Farlight 84 looks to be the determining factor as to whether or not you survive a firefight, but it comes with an additional layer of strategy with the use of your character’s jetpack. It very much reminds me of the Tribes: Aerial Assault franchise in that regard – a series that I have always thought is severely underrated. We weren’t shown too many of the different characteristics that each jetpack has, but it’s going to be fun to experiment with them to find one that suits your playstyle.

Strategy goes beyond just jetpacks, though. One of the things that has me excited about Farlight 84’s gameplay is that you can set traps for other teams to walk into, before unleashing hell and making bullets rain down upon them from all angles. Could this be misconstrued as camping? Sure, but if the game literally allows you to set these kinds of ambush traps, why wouldn’t you want to take advantage of it?

There are still a ton of unknowns with Farlight 84, but from what I’ve seen so far, I can’t help but be incredibly intrigued. The game is planned to be released early next year on iOS, Android, and PC. A closed beta test will go live on June 15 in the markets of France, Russia, Australia, Brazil, India, and Indonesia. Additional markets might also be added at a later date, in addition to a second closed beta. Pre-registration for the closed beta can be found on the Farlight 84 website.