You are here:
Home / Don’t Give Up On Lost Ark Before You See Mokoko Village

Lost Ark is a perfect example of the power of the hype train. It’s not every day that a game launches with more than a million concurrent players. In fact, this is only the fifth time in Steam history this has ever happened. It’s an impressive feat, considering how grindy and impenetrable this free-to-play Korean MMORPG is. With the support of some of the biggest Twitch streamers and the power of word of mouth, Lost Ark has managed to attract tens of, if not hundreds of, millions of players in just a few days.

Despite its short-term success, Lost Ark isn’t exactly a crowd-pleaser. While there’s little doubt it will maintain a healthy playerbase, it certainly won’t maintain a million concurrent players for very long. Like many MMOs, Lost Ark requires dozens of hours of story progression before you reach the end game and it finally starts to get good. Those first 25 to 30 hours are going to be a painful slog for people that aren’t used to the monotony of MMO campaigns. Those that bought into the hype or followed their friends to Lost Ark are going to start falling off by the thousands once they discover how tedious and repetitive it is. You could play all the way through Titanfall 2, The Forgotten City, and Halo Infinite in the time it takes for Lost Ark to start getting interesting.

Before you give up on Lost Ark and move on to Horizon Forbidden West, Elden Ring, or The Witch Queen this month, take my advice: keep going until you get to Mokoko Village. The entire Tortoyk storyline has some of the best surprises and tilesets that Lost Ark has to offer, and if you’ve spent any amount of time enjoying the combat and exploration, you owe it to yourself to play through at least this far. It single-handedly reignited my passion for Lost Ark and pushed me through to the end game, and it might do the same for you.

Around 20 hours into Lost Ark, you’ll be given a ship and sent out to explore the world beyond the southern continents of Rethramis, Yudia, and East and West Luterra. The first place you’ll sail to is a small island called Tortoyk, which we discover is actually built on the back of an ancient rock giant. Tortoyk is quite a bit different from any of the places we’ve previously explored, which becomes apparent as soon as you finish the first zone, Seaswept Woods, and enter the Mokoko Village.

The Mokoko are a race of tiny, Minish-like people that live in a hidden village in the forest. To access it, you have to drink a special red cactus juice native only to Tortoyk and shrink yourself down like Alice in Wonderland. Mokoko Village is a perfect tiny town. Their homes are tree trunks, their tables are mushrooms, and their markets are made out of twigs and blades of grass. To get around, they ride on ladybugs across roads made of roots and vines. The kids play on slides and swings made out of leaves, and the farmers domesticate bugs like cattle. The village is dense with personality and unique features, like the staircases made out of layers of flat cap shrooms and the decorative archways made from bent flower petals.

Outside of the village, the miniaturized world gets even more inventive. Instead of the normal monsters and cultists you’re used to fighting, the nearby Sweetwater Forest is filled with aggressive ants, acid-spitting moths, and crows. Just giant crows. The sense of scale is so well done in these zones. The background is full of lost and discarded objects like boots and lanterns that have been overtaken by growth and become part of the forest. The spines of books are bridges and old playing cards are ramps. You can fly around on dandelions and ride your own ladybug – the first mount you ever get following the horse given to you in the tutorial. It’s a whimsical, wonderful world that’s more fun to explore than any other previous zone in the game. 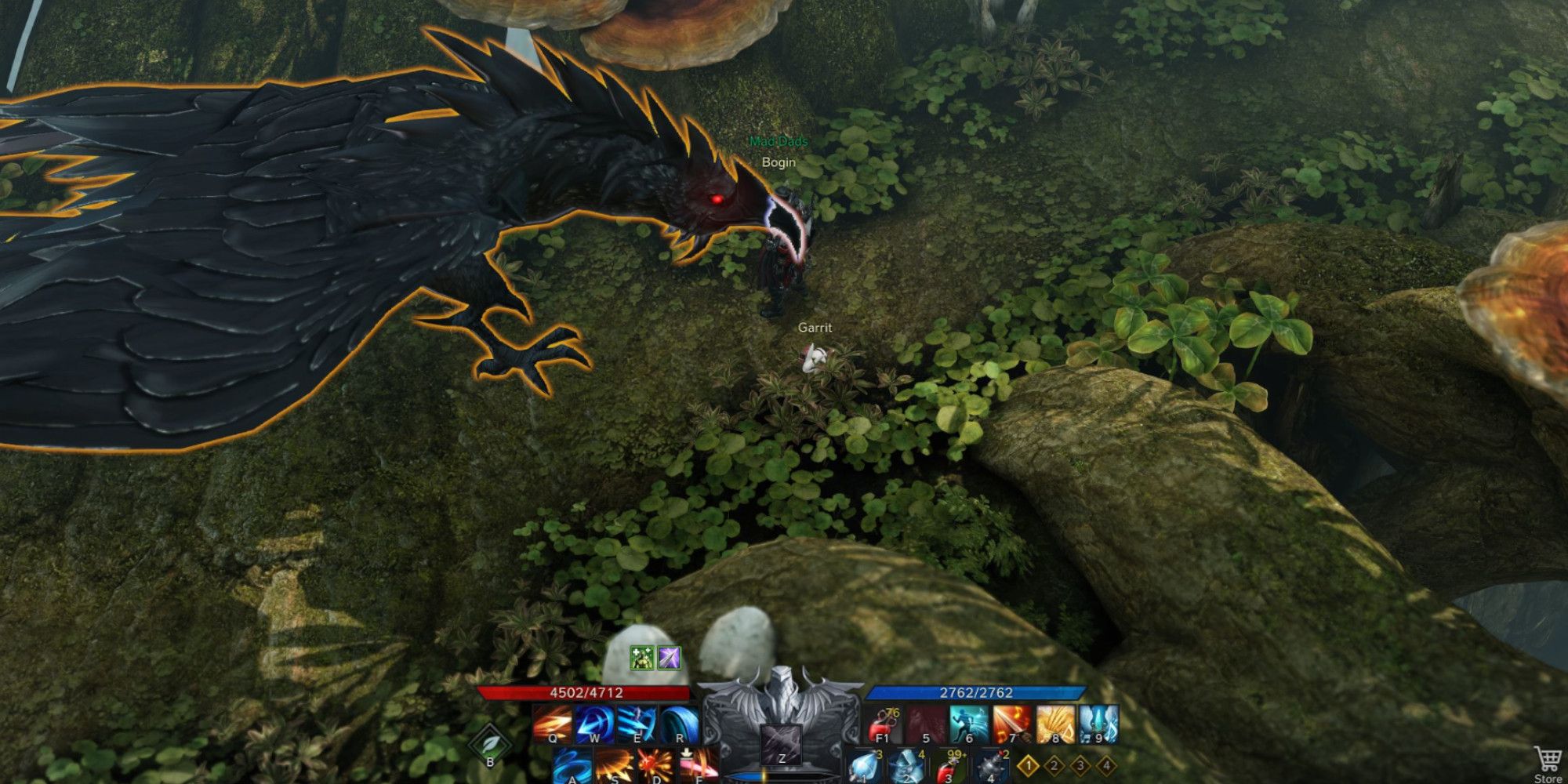 The grand finale of this tiny adventure is the Pirate Den, one of the coolest leveling dungeons in the game. Here you’ll fend off frogs and parrots in the Red Mist Pirate’s hideout before eventually returning to normal size and taking on a massive tree monster. There are bigger and better set pieces in Lost Ark, but none as memorable as the Pirate’s Den.

If you’ve haven’t gotten to Tortoyk yet, it’s probably hard to believe there’s an entire ‘Honey I Shrunk The Kids’ storyline in Lost Ark. The bog standard forests and deserts of the first 20 hours are pretty, but don’t show any indication that Lost Ark eventually gets weird and imaginative. I found myself fatigued from endlessly fighting zombies and demons in abandoned mines and dusty catacombs too, but Mokoko Village was just the pick-me-up I needed to push through to the end game. If you can make there – which happens around level 38 – there’s a good chance you’ll make it all the way to the end where the fun really begins.