You are here:
Home / Detroit: Become Human Should Have Just Been About Connor

Detroit: Become Human Should Have Just Been About Connor

I love a story where you’ve got a creature that’s kind of a robot, kind of a person. Blade Runner is the obvious example, with the ambiguity of Deckard in the original, then the strained humanity of Joi in the sequel. But this tale is everywhere in science fiction. It’s the ghost in the machine. It’s also the Ghost in the Shell, as well appearing in the likes of Morgan, Alien, Terminator, and I, Robot, amongst others. The most famous example of it in gaming is Detroit: Become Human, a game that asks “what if we took the cool stuff from Blade Runner and added a load of MLK vs Malcolm X politics that we don’t bother to explore?”

Detroit: Become Human is one of the most annoying games I've ever played. It's not annoying because it's bad – on the contrary, it's annoying because it's often very good, but it keeps getting in its own way constantly. As I live in fear of what a David Cage Star Wars game might look like, I'm constantly reminded of the one thing in Detroit: Become Human that was great – Connor.

Connor was one of three leads in Detroit, played by Bryan Dechart. The most Blade Runnery of them all, Connor is the android cop at the centre of the story. As he investigates a series of android-related cases, and learns to work with his new partner, Connor begins to explore his innate humanity, and questions his role in the world. It's rare that I enjoy playing games as cops, who operate under the rule that they are always just and therefore everything they do is right as it is in the pursuit of justice. Since part of Connor's story is interrogating the system he works in, he does not fall foul of this trope. It's a fantastic angle for a video game to explore, offering lots of depth and allowing players to understand and deconstruct the role of police in our society. It's also the only thing Detroit: Become Human does right. 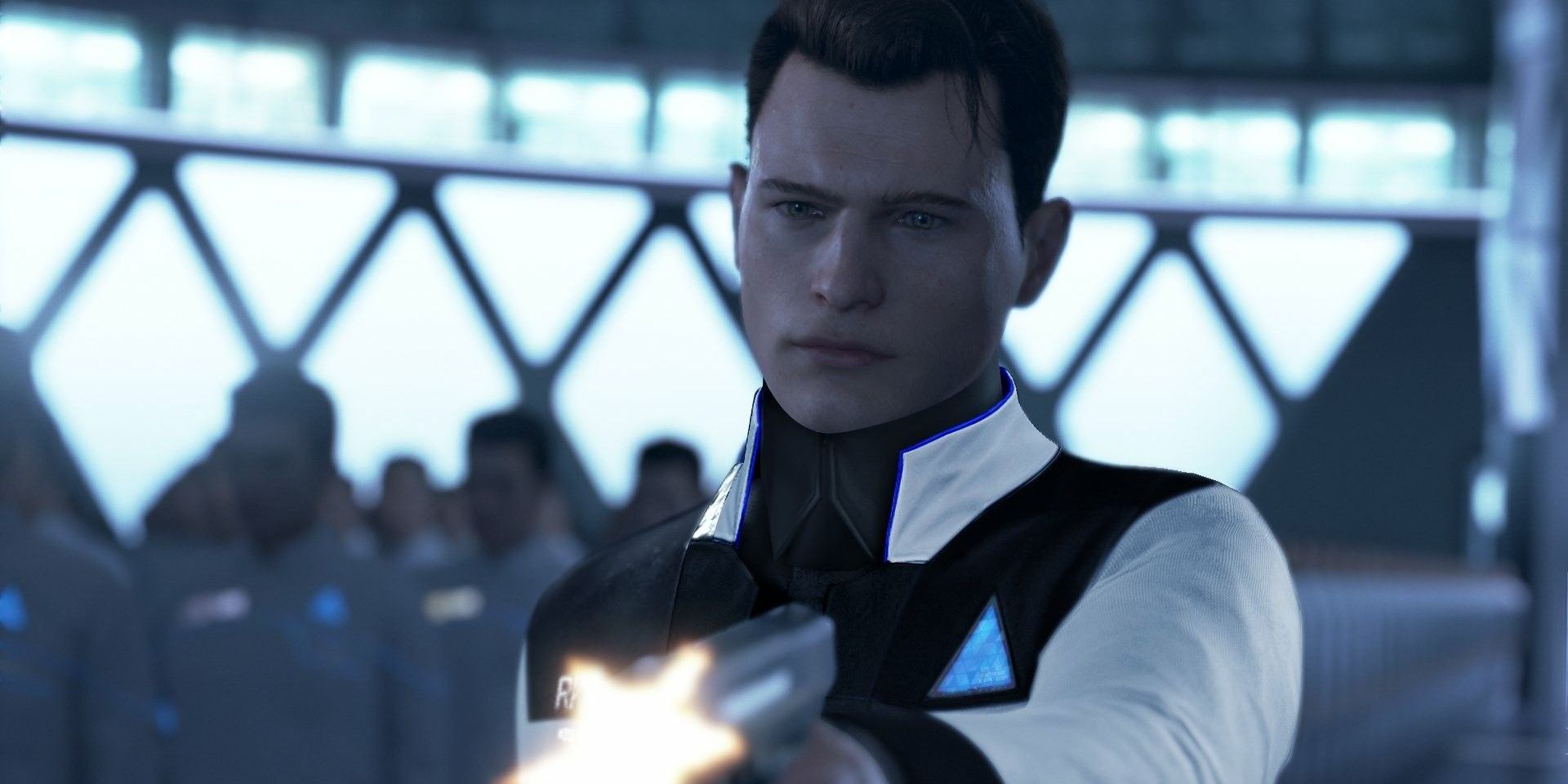 Heavy Rain was much the same. The rain motif and the grizzled, noir detective were both fantastic elements of the game. Unfortunately the million and one red herrings, the strange cop on drugs whose eyeballs bled, the weirdly inappropriate sex and club scenes, hiding in a fridge to survive an explosion, and "Jason! Jason!" ruin it. In Detroit, the politics are the "Jason!"

Those of you who have read my work or have seen the sort of features TheGamer produces will know that I am not opposed to politics in video games. Games want to be seen as art, and as art, they should have a viewpoint beyond 'I like money'. They should have opinions, they should reflect and satirize our real world. The problem is Detroit is utterly rubbish at it.

The game features androids being made to stand at the back of the bus and being bought as slaves. It's set in Detroit, which has a Black population of around 80 percent. It sees a leader speak to his people and begin an uprising for civil rights, with the player making the choice to either strive for peace, unity, and understanding, or to take what they deserve by force. The first is a centrist, idealistic interpretation of MLK's message in the quest for civil rights, and the latter is a glorified, dumbed down portrayal of Malcolm X that robs him of his politics and intelligence as a cheap opposing force to MLK. Any Fred Hampton role, or any exploration beyond wafer-thin versions of these figureheads, is absent. But then of course it is – David Cage himself claims this very obvious bastardisation of the civil rights movement has nothing to do with the civil rights movement at all. 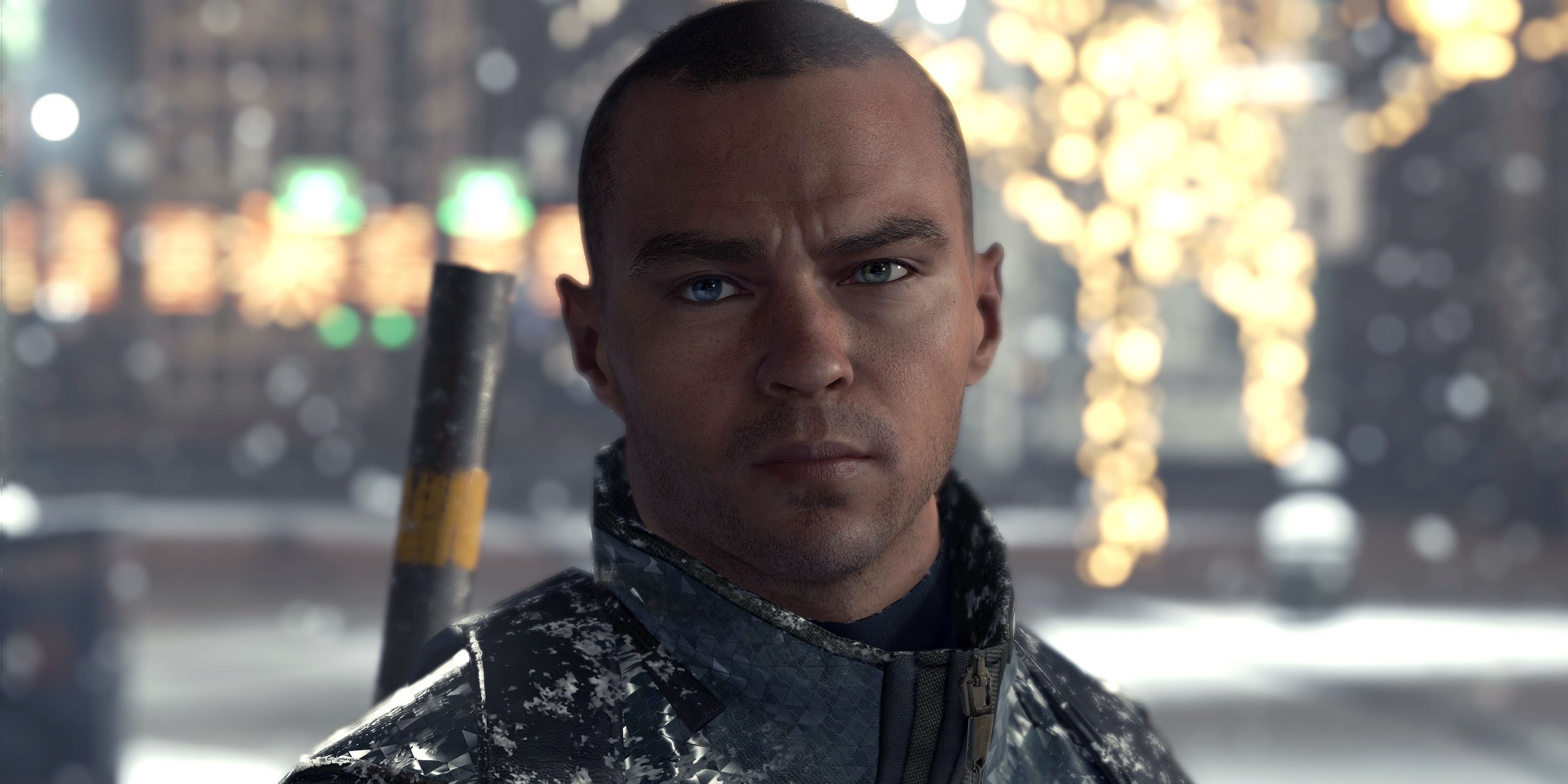 “The story I’m telling is really about androids,” Cage said in an interview with Kotaku after Detroit's first preview, which saw a character make a choice between a peaceful protest and a riot. “They’re discovering emotions and wanting to be free. If people want to see parallels with this or that, that’s fine with me. But my story’s about androids who want to be free… I don’t want the game to have something to say, because I don’t see myself delivering a message to people."

Connor isn't even the star here – that's Malcolm Luther X – but he is the only worthwhile part of the game. There's also a female character who, in classic David Cage style, is subjected to torture porn shot in a highly sexualised manner. She seems to just be there for that – her story has some substance but is mostly disconnected from the rest of the narrative and in service of a shocking twist that shocked about three people. There was also rumoured to be another female character, who in can’t-make-it-up-fashion, was going to be a whore. This is coming from David Cage, who once allegedly said “in my games, all women are whores.”

Much like respecting women, sequels aren't really David Cage's style. It's Star Wars next, then likely a fresh story where there's one exceptionally in-depth hero, another flat and lifeless character who tries to be poetic, and a token woman who at some point gets strapped to a table, half undressed, and is put in mortal peril just so we can watch her squirm. You can have that, or you can have a Connor game. Easy choice.