You are here:
Home / Daily Login Bonuses Are Getting Annoying

Daily Login Bonuses Are Getting Annoying

As the video game industry has evolved over the years, so too have player retention methods, and daily login bonuses have become the most annoying part of games today. We are all familiar with these by now, and while mobile games might come to mind as the most obvious abusers of this practice with an incessant string of push notifications, premium games have also embraced the practice of rewarding those who play often and punishing those who do not. 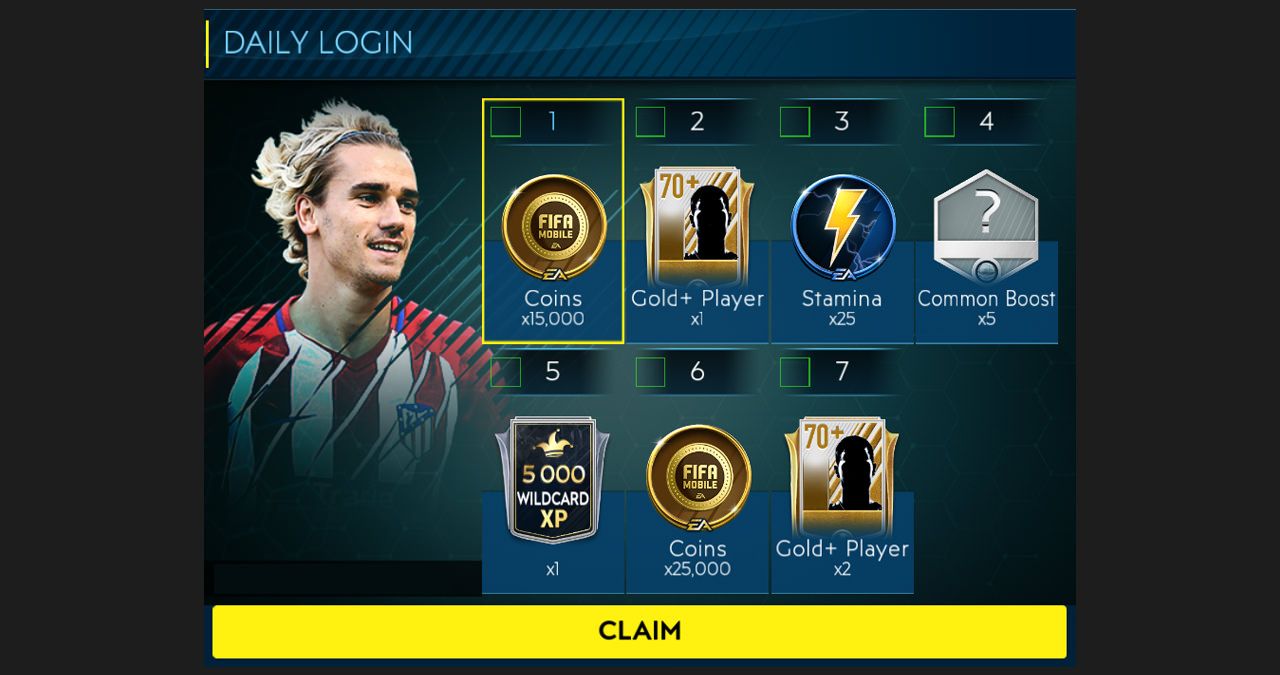 Login Bonuses Come In All Shapes And Sizes

When we say login bonuses, we’re referring to a broad spectrum of tactics designed to keep players logging in daily. Sometimes a developer will make the bonus exactly as it sounds, providing you with a single reward upon logging into their game on a set schedule, but it is useful to broaden the spectrum of mechanics to include practices that are similar in spirit, such as repeatable daily tasks or challenges. 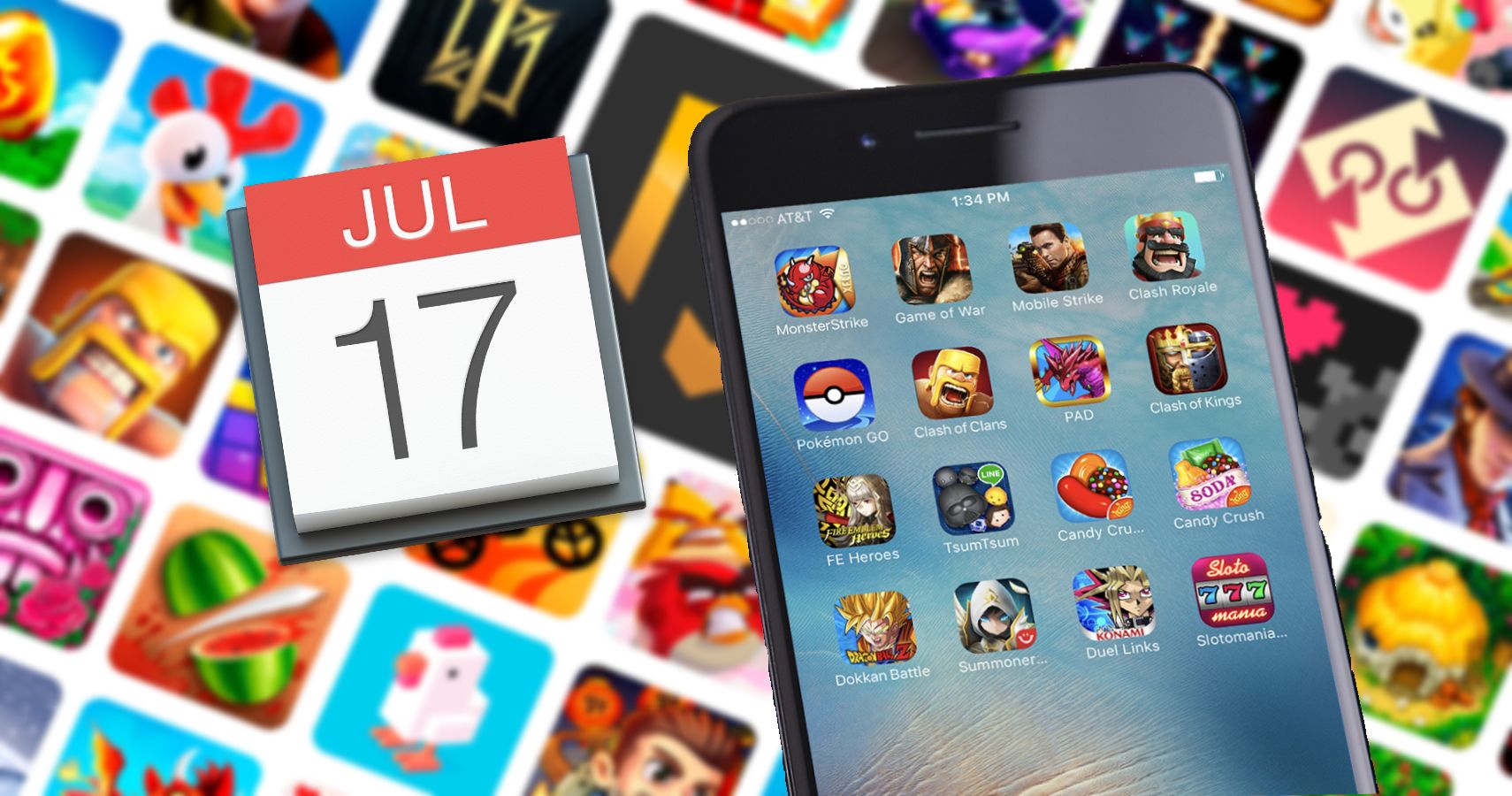 In the mobile world, login bonuses have come a long way over the years. Some games offer a single item daily and are often part of a full calendar month track of rewards. Mobile titles like Marvel Strike Force and Star Wars: Galaxy of Heroes do this, which often allow free-to-play players access certain characters that are otherwise only within the reach of those who spend a little money in game, a lot, or an absurd amount, commonly referred to as Minnows, Dolphins, and Whales, respectively. 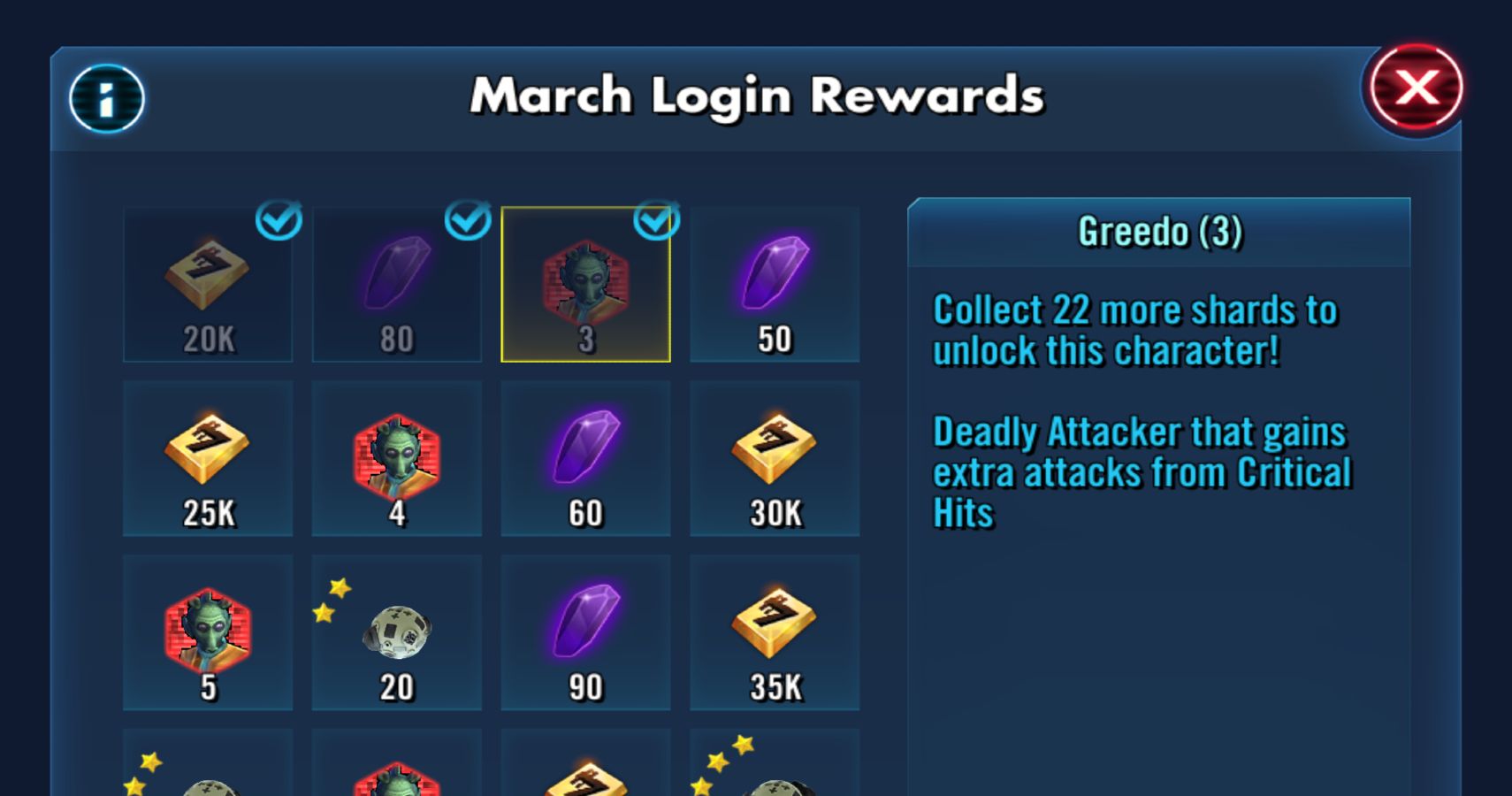 But why stop at a daily login bonus? This was a question that developers asked years ago, and the result has been to give you smaller, mini rewards on four-hour timers. The rewards are nominal, usually some resources, but is often packaged in the same area and with the same look as premium loot boxes and other content. Again, Star Wars: Galaxy of Heroes does this, but there are countless others as well. While the constant push to return to the game is normal in mobile, free-to-play titles, the practice has also steadily crept into premium games as well.

The Evolution Of Monetization Of Premium Games

While login bonuses were initially a great way of retaining players in a free-to-play environment, the same practice has sadly become a staple of many premium games at the highest price points in the industry. This is something that requires an explanation of how games are monetized today compared ten or twenty years ago.

For example, when Star Wars: Battlefront launched on the PlayStation 2 in 2004, the entire profit to be made came from the initial point of purchase, and nothing else. Since the infrastructure did not exist to get DLC or microtransactions to most consumers like it does today, a developer and publisher only needed to sell units to make their money.

Now there is an abundance of money to be made in keeping players within a game’s ecosystem for years after the initial launch. When Star Wars Battlefront II launched in 2017, we saw the extent of EA’s greed with their controversial “Pride and accomplishment” comment to justify a ridiculous loot box system within their premium-priced game. 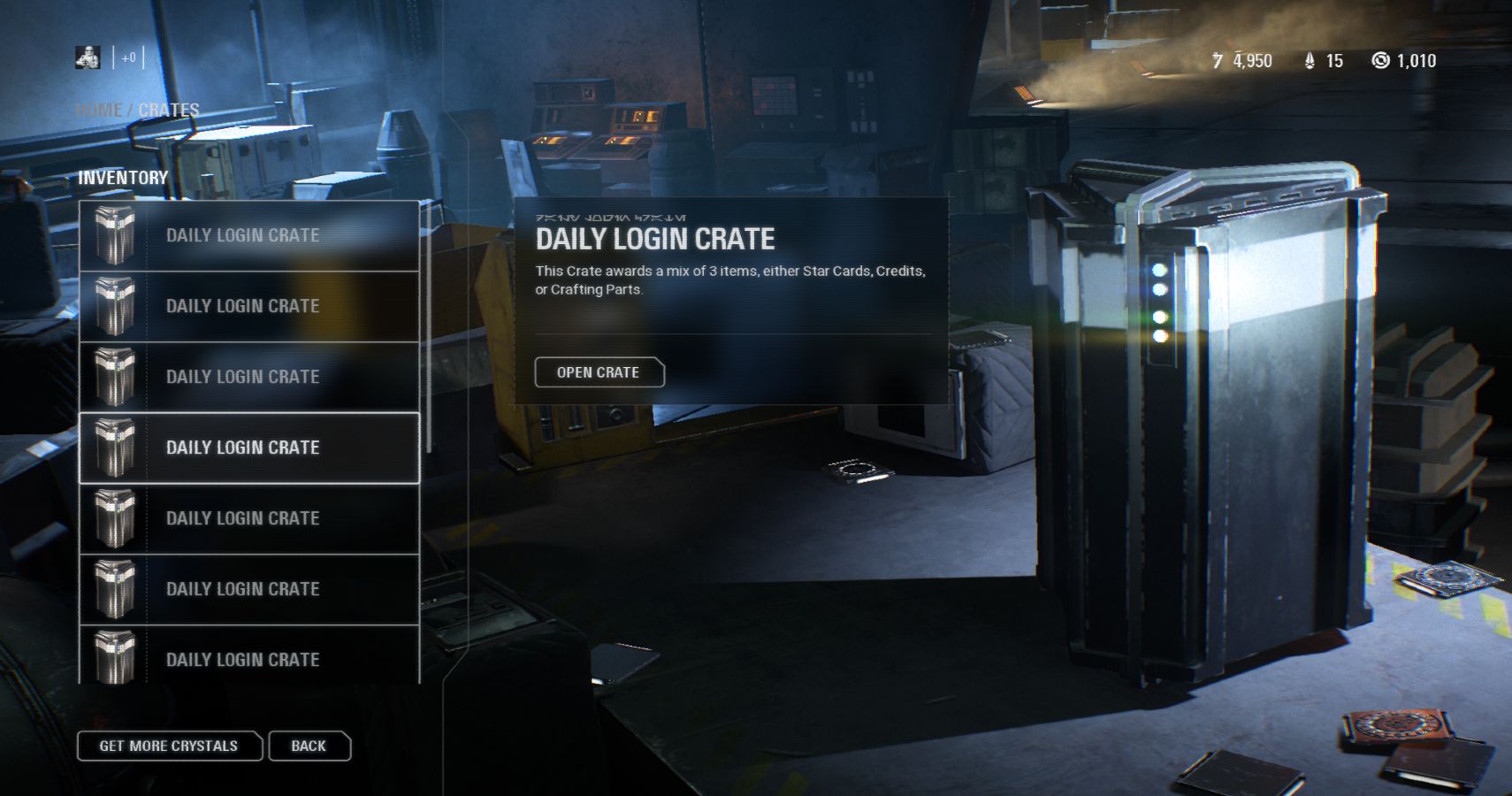 Their own daily login system, which consists of both a free Daily Crate and daily challenges that award currency, further worked to keep players logging in often. Even today the daily login reward remains in place, which is useless to most players since the Celebration Edition recently launched, giving you the entire collection of customization content available since the game’s launch.

Another example of this shift in premium game monetization is Street Fighter V, which launched in February 2016 with a roster of fighters was tiny, and you could argue that the game was largely incomplete as a result. However, this has become the norm in fighting games, as developers bring in more fighters, balance updates, stages, and more to the game, often for a price. By drip-feeding content over the years, the game remains fresh, extending its lifespan. 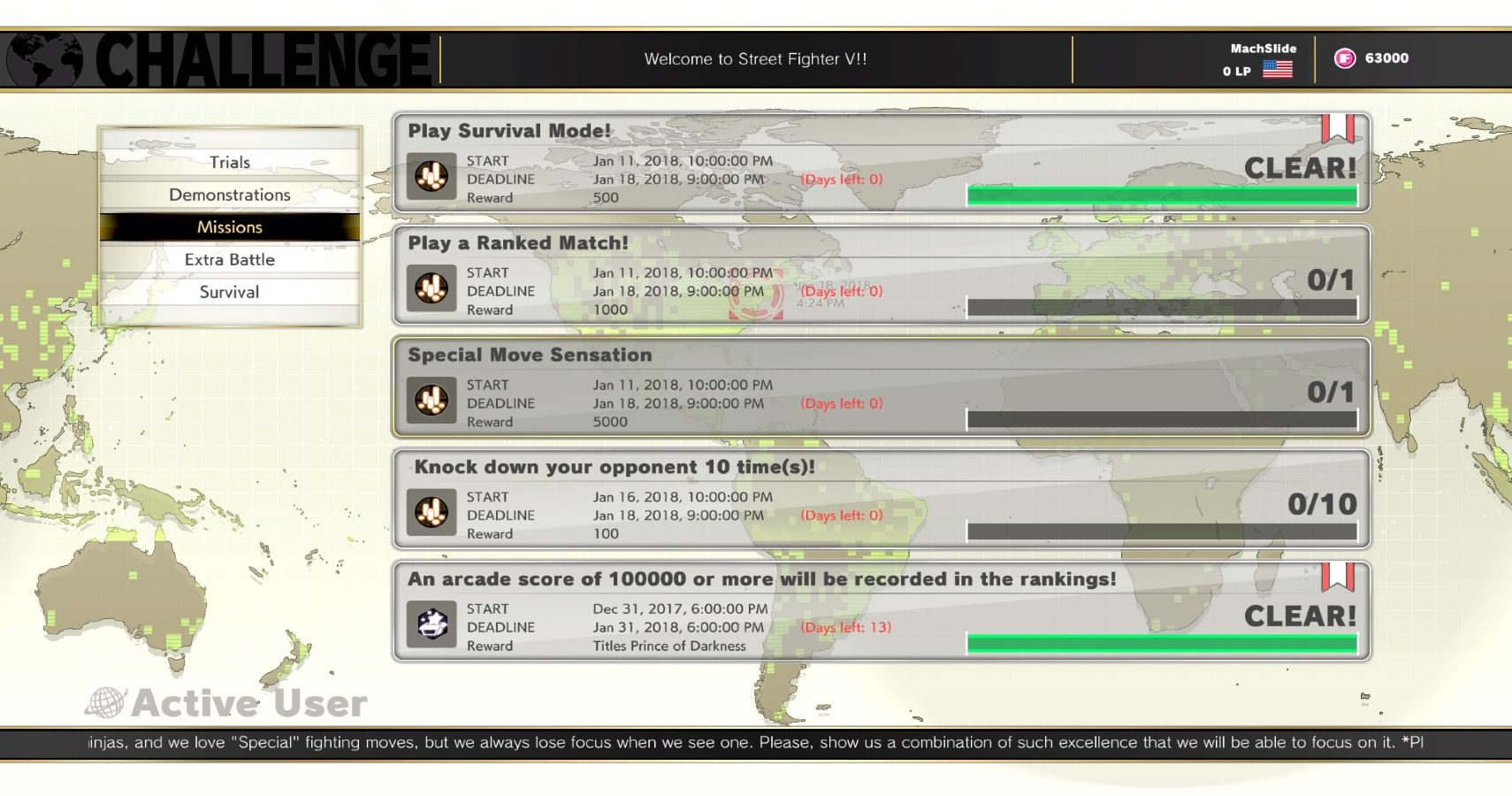 In Street Fighter V, this exists in the form of Seasons. Capcom has now released four Seasons and a fifth is on the way, and so login bonuses keep players coming back and informed of new DLC for them to purchase. You have Daily Challenges to complete to be awarded with Fight Money, which is needed to purchase fighters, stages, costumes, profile designs, and more.

Unlike previous games in the series, the developers of Street Fighter V want to keep players coming back for as long as possible thanks to the addition of Seasons, and that initial purchase point is no longer the main profit area for the game industry. Instead, they want you to constantly spend smaller amounts of money at several points in the life of a game. 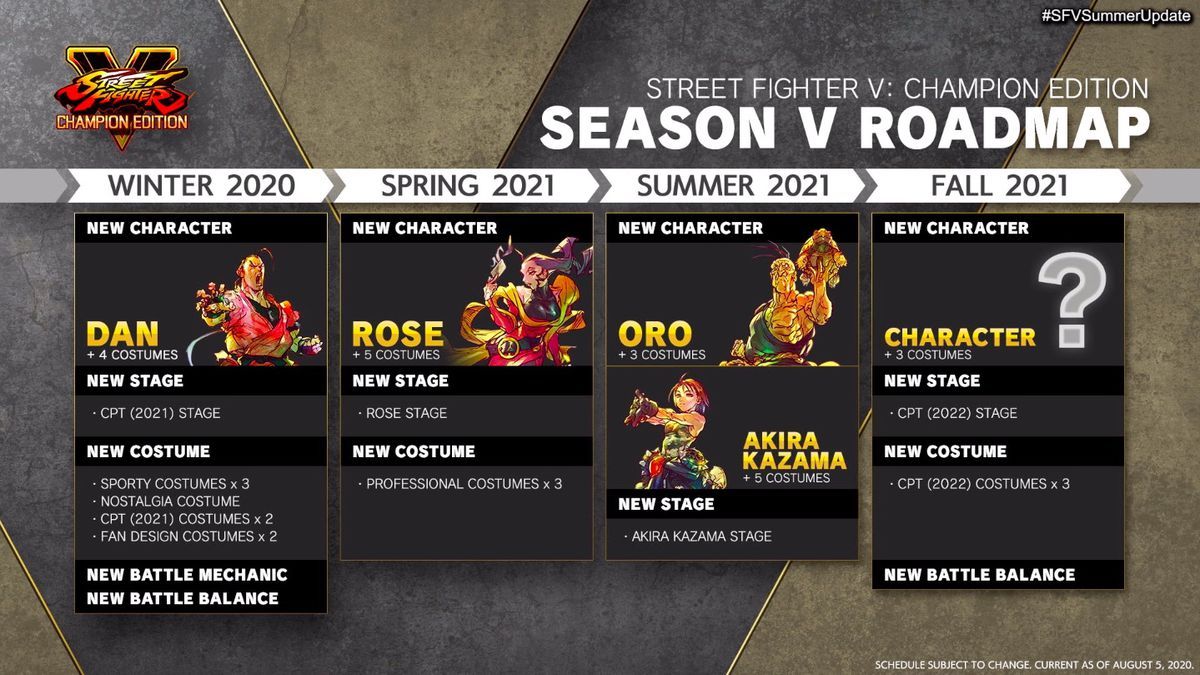 Login Bonuses Are Here To Stay

Regardless of how we might feel about login bonuses, it is hard to argue with their effectiveness when done correctly. Whether it is because you feel rewarded for your commitment to a game or continue to do so because of a fear of missing out, login bonuses keep players coming back for more. Sadly, all indications point to the practice remaining a staple within the video game industry.