You are here:
Home / Costume Pokemon Have To Stop

Costume Pokemon Have To Stop

Conspiracy theory time: Costume Pokemon are maliciously designed to clog up our bags and make us buy more storage. Don’t get me wrong, I love a Pikachu in a Santa hat as much as the next fella. But at some point Costume Pokemon stopped being a fun little surprise and started being a serious hindrance to the game. If Niantic can’t find a way to be more consistent and accommodating with them, I’d just as soon not have Costume Pokemon at all.

I understand the original purpose of dressing wild Pokemon up in costumes. It’s fun to hunt for Shinies, but costumes give Go another avenue to create special Pokemon for events and seasonal activities. Unlike in Pokemon Unite, Costume Pokemon can typically be collected for free or as part of a ticketed Community Day event, which has multiple value props. I don’t think the costumes are a rip-off or a scam, I just think they’re poorly implemented and lead to a lot of frustration.

My main problem with Costume Pokemon is how much they impact my inventory management. I have 500 slots for Pokemon and I still struggle to keep any free space in the bank. I like to keep the most powerful version of every Pokemon I catch – just one of each – so I end up spending a lot of time evaluating each Pokemon I catch, comparing them to other ones of the same species, and deciding which ones to store. It’s hard enough to manage my bank without ten different versions of Pikachu clogging up the system. Right now I’ve got Rock Star Pikachu, Pop Star Pikachu, Balloon Pikachu, Santa Hat Pikachu, Witch Hat Pikachu, Birthday Hat Pikachu, Flower Crown Pikachu, Straw Hat Pikachu, Libre Pikachu, and this year’s Halloween Pikachu, and that’s not even half of them. I don’t even try to compare the costumed Pikachu when I catch them to find the strongest one, I just throw it in the pile with the rest and delete the duplicates en masse. I don’t want to get rid of special event Pokemon, but how much space should I dedicate to lugging around Pikachu with different silly hats on? 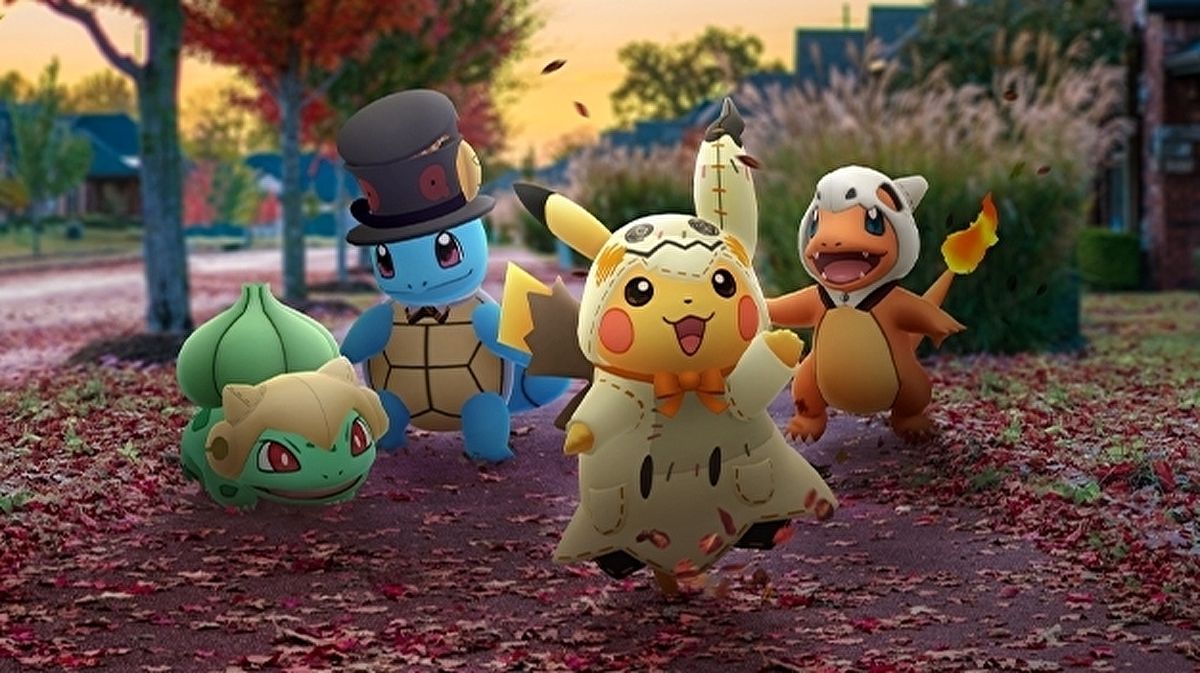 The other problem – and I can’t believe this is happening – is that some Costume Pokemon can’t evolve. This week’s spotlight hour was for Cubchoo, which spawned in both regular and Shiny with a little bow on its head. Adorable, certainly, but incredibly frustrating too, because it can’t evolve into Beartic. This isn’t a problem for Santa Hat Pikachu, who can evolve into Santa Hat Raichu, but I guess since there’s no Ribbon Beartic I’m just stuck with 40 Cubchoo that can’t evolve. Either every evolution needs to have the same costume variant, or Pokemon should be able to evolve regardless of their costume.

It pains me to complain about them because I do like the costumes. I recently watched the Pokemon movie Hoopa and the Clash of Ages which featured Rock Star and Pop Star Pikachu from Go Fest 2021. I just wish there was a separate Pokemon storage container for them so I didn’t have to keep buying more inventory space just to accommodate their outfits. I’m sorry Pikachu, but I can’t accommodate your shopping addiction anymore. The closet just isn’t big enough for all your little hats.