You are here:
Home / Commander Legends: An Interview With Gavin Verhey, Senior Game Designer For Magic: The Gathering

We are mere days away from the release of Commander Legends, the newest Commander set to arrive in Magic: The Gathering. It’s been almost a decade since Wizards of the Coast formally acknowledged Commander as a new format, and ever since then, Commander’s growth has been absolutely exponential to the point where I basically don’t even know anyone who plays anything else.

Commander Legends switches things up from previous Commander sets. Not only does Legends introduce some fun new mechanics to spice up your Friday Night Magic games, but it also comes with new Draft packs so you can finally draft a game of Commander.

To get the lowdown on what we can expect from Commander Legends, I sat down with Gavin Verhey, senior game designer for Magic: The Gathering, and the guy who originally thought to combine Draft and Commander into a single set. We discuss the new mechanics, how to draft in Commander Legends, and why Kediss Emberclaw is the best Magic card ever made.

TheGamer: From 2018 to early 2020, Commander play tripled. This year, we get Year of the Commander with a ton of great products culminating in Commander Legends. Would you say that Commander Legends is Magic finally going all-in on what has historically been a casual multiplayer format?

Yeah, the growth in Commander has been HUGE over the past several years, and we really wanted to take it to the next level. You know, since the first Commander products released all the way back in 2011 we’ve pretty much just done one Commander release a year… But that’s not close to commensurate with the format’s growth! We’re finally right-sizing what we’re doing for a format which may very well be the most popular format in all of Magic.

That said, I wouldn’t say we’re going all-in on it either. There’s plenty of other Magic being played, from competitive Standard play to Draft. I like to think one of our biggest moves in recent years is to make more for all kinds of Magic players – and doing such with Commander is us doing exactly that! 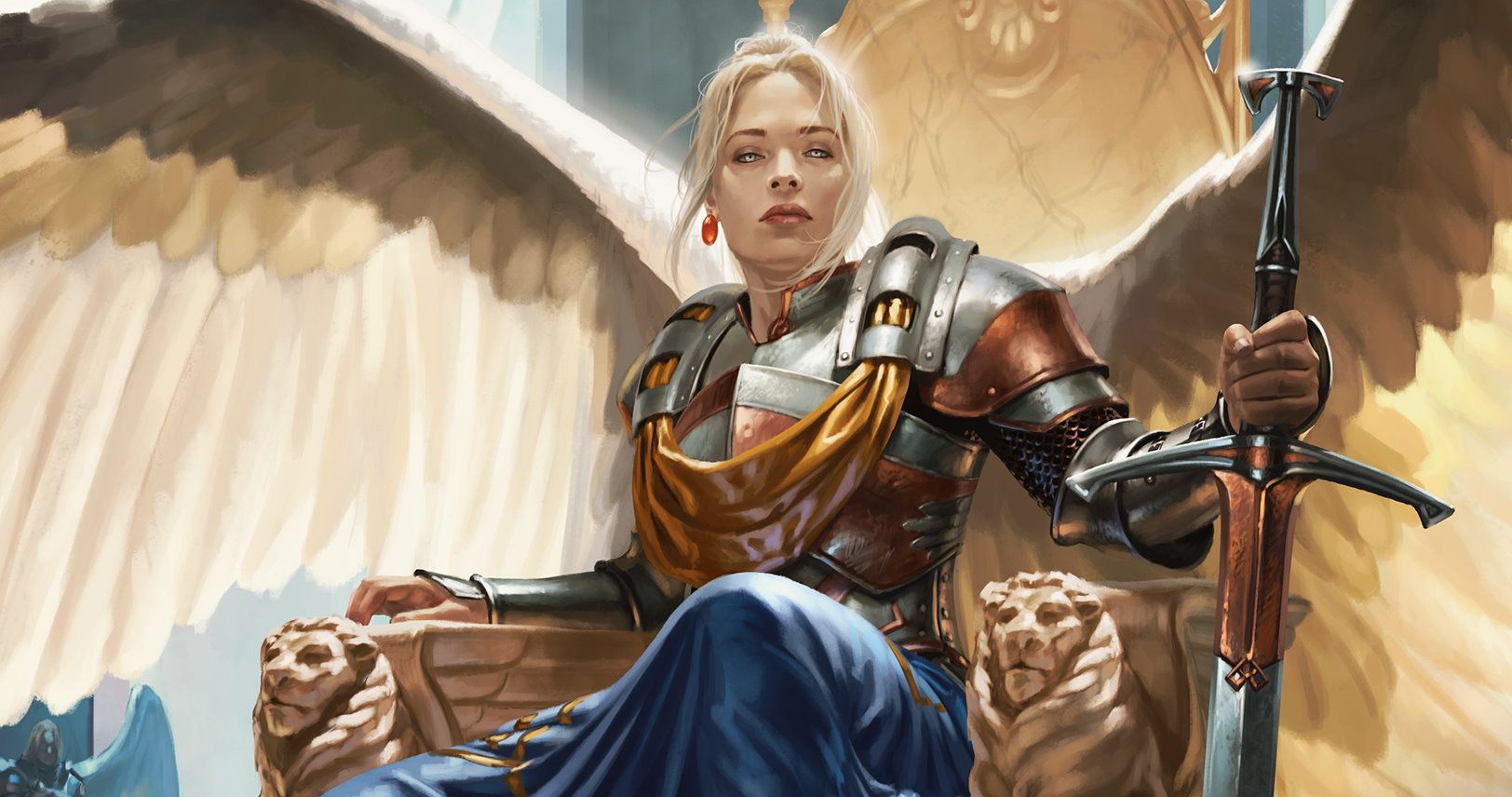 The big deal with Commander Legends is the all-new Draft packs, which are 20-card packs built specifically to draft with. But the modified rules for Commander draft is just to 60-card decks with duplicates allowed. What if players wanted to draft to 100 singletons as with normal Commander decks? Is that even possible in Commander Legends? It doesn’t feel like Commander if I don’t play with a tower of cards that I can spill all over my kitchen table with an errant elbow.

Haha! We tried a lot of different numbers for deck size, and ultimately settled on 60. This is for a few reasons, but a big one for me is accessibility – players wouldn’t need to buy tons of packs to play a single draft.

One thing you do a lot as a game designer is try to figure out not just what the rules are, but the reason behind the rules. A major point of the 100-card rule in Commander is to make the game feel fresh every time you play it. And that’s true: when you play with your 100-card deck for the 10th time, it still feels new. But here, this is the first time you’re playing this deck at all! It feels plenty fresh even if you play it a couple of times… And then one of my favorite things is that you can actually take it and turn it into a full-on Commander deck by adding 40 more cards.

The singleton rule we changed for two major reasons.

The first was that it was causing a large mental burden on the draft to not pick the same card twice. It was a huge feel bad when you got to deckbuilding and realized that the second Thought Vessel you spent an early pick on was literally unplayable in your deck! Drafting a Commander deck can be long and hard enough – removing this restriction prevented people from making an error themselves.

Second, in traditional limited, there is precedence for breaking card limits. You can play more than four copies of a card if you draft them, for example. So this is following suit with how Limited treats card limits.

Now, with all of this, we made the set larger and added many more commons to compensate. This helps it retain its singleton feel because you don’t see the same card very often on average.

But back to the question. If you REALLY wanted to draft 100 singletons, I would go all the way and do a 6-pack draft. Especially with needing singleton you will want to see more rares and uncommons. Settle in though, because it’s going to take a while! 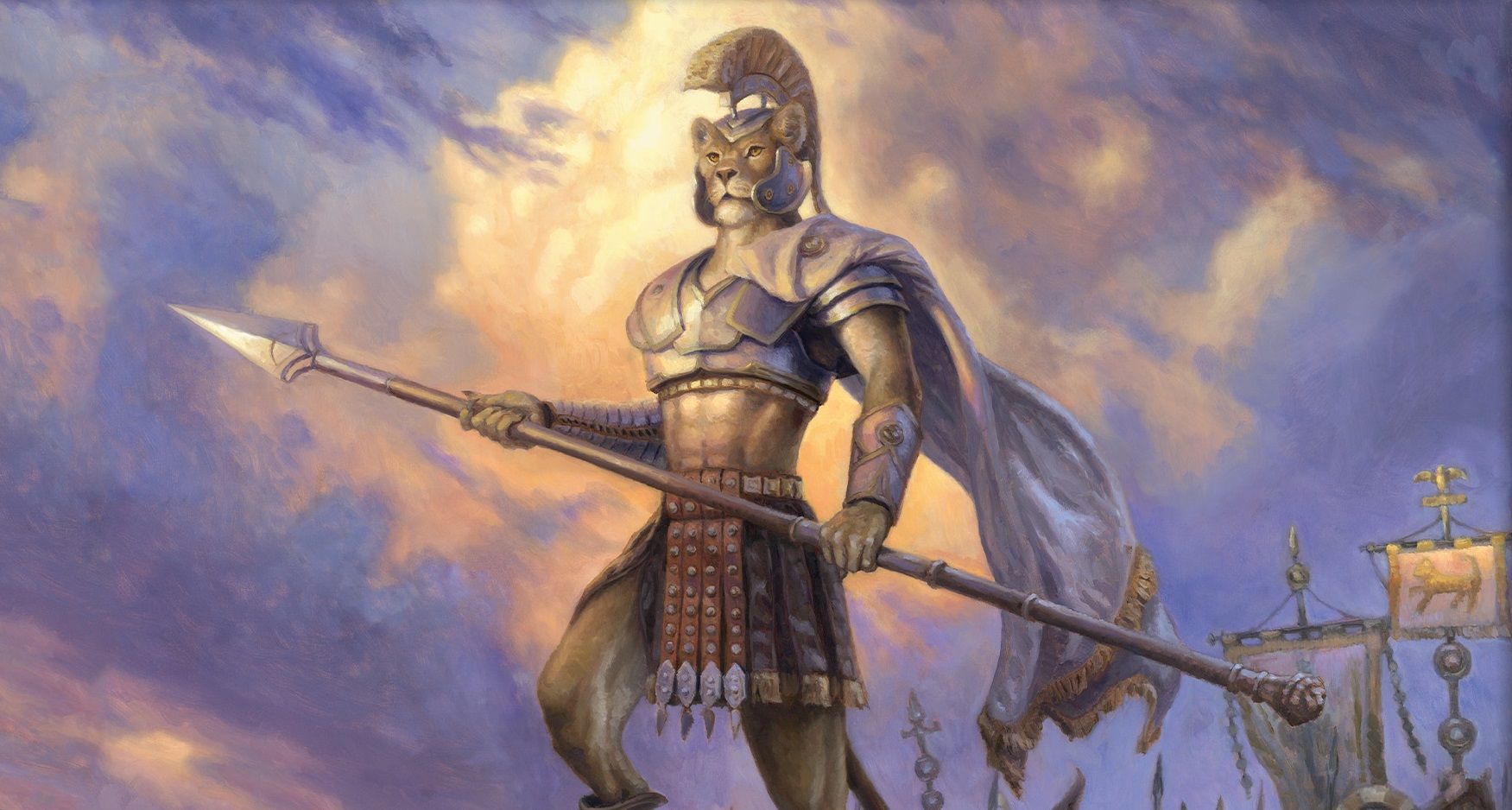 Encore is one of the new keywords introduced in Commander Legends, and it sounds amazing. Basically, you Ball Lighting all your friends using a dead card–what’s not to love? Where’d the idea for Encore come from and how do you expect it to end friendships?

Ah, good question! Well, when you think of Commander, something that comes to mind is big late-game plays that use plenty of mana. And we noticed this was a bit of a hole in the set: it’s hard when your deck is more comprised of commons and uncommons to have tons of those!

Encore filled this gap perfectly. It lets your creatures you played early come back late game for a huge impact! Encore cards usually have enters the battlefield, dies, or attack triggers, so when you get that times three opponents it can make QUITE an impact on the game. And it soaks up all that extra mana too! Why end just one friendship when you can end three at once?*

*Not really. Commander is all for fun!

Foil Etched cards are another new feature coming in Commander Legends. How do you make a Foil Etched card to have a foil border but retain the non-foil art?

Our production team put a ton of work into this new, cool treatment! Huge hats off to them. I don’t know how exactly the magic spell is cast that makes these work, but it’s certainly some very cool sorcery.

I used to love playing Commander, but I haven’t been able to sit down with a playgroup since this danged virus put us all in quarantine. How can we all keep scratching that Commander itch?

I always marvel at the innovation and resiliency of Magic players. When they can’t meet up in person, they figure out another way to play – and in this case, webcam Magic has taken hold! You literally take a webcam (or phone), point it at your board, and play.

The website Spelltable.com has been fantastic to level this experience up, complete with card reader and life total tracking, and the played Discord lets you find a game pretty much any time day or night. It’s incredible!

And beyond that – Magic Online has Commander Legends draft on it! The team put a ton of work in to make it happen, so go check that out.

I love Kediss Emberclaw, he’s my new best friend. Who do you pair with Kediss to really make this little firebug shine? 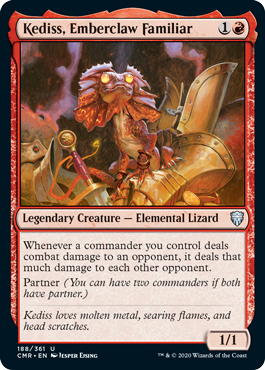 …Okay, okay. There are a lot of great picks, but Sengir the Dark Baron gets huge FAST and can hit for some major damage alongside Kediss.

And a similar question for another personal favorite that’s recently been spoiled: Blim, Comedic Genius. He seems hilarious. How do you break Blim for maximum comedic effect? 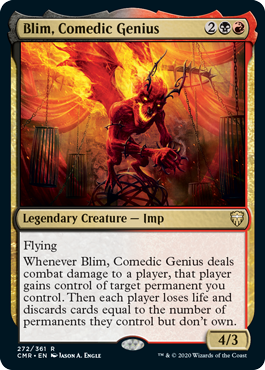 Blim is all about giving your opponents stuff they don’t want. My personal favorite is to combo it with the older card Demonic Pact. Use the first three modes for yourself… And then hand them the Pact with just “lose the game” remaining. Sorry, opponent!

But enough about me. What new Legend are you most excited for in Commander Legends? 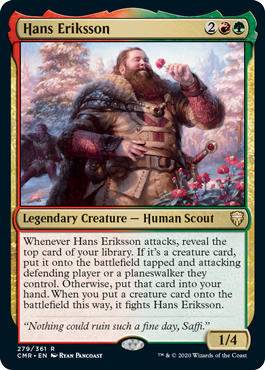 It’s so hard to choose just one! The set’s legends are all so wonderful and have such great flavor. But I’ll go ahead and say Hans Eriksson. It’s a payoff to a piece of flavor text on Lhurgoyf all the way back in Ice Age, and the mechanics are just perfect!

I hope you enjoy the set – it’s really my love letter to Magic, and a blast to play. Have fun! 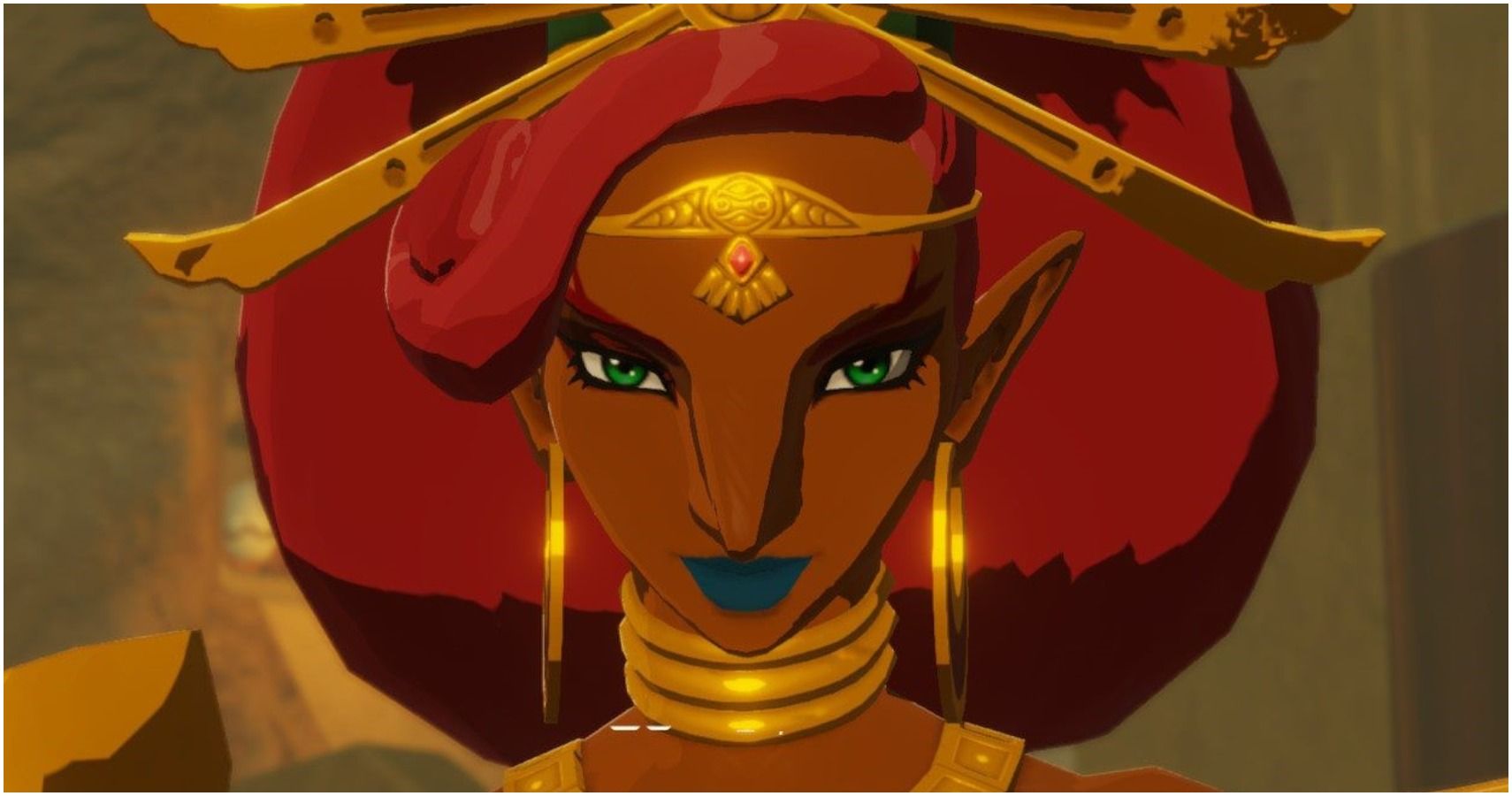