You are here:
Home / Coco Bandicoot’s Design In Crash Bandicoot: On The Run Burns My Eyes

Coco Bandicoot’s Design In Crash Bandicoot: On The Run Burns My Eyes

Crash Bandicoot: On The Run released on iOS devices a little over a month ago, and I was excited to play as Coco Bandicoot – I knew I was going to play as her more often than as her famous brother Crash. However, I’m stuck on the first land in the game, and not because of my backlog, or time constraints placed on me in the real world, or even the microtransactions. There’s one thing that bugs me more than those: Coco’s character design.

Throughout the Crash Bandicoot franchise’s 25-year history, Crash has been redesigned a lot. It hasn’t always been popular, but it has at least always felt deliberate – Crash’s character design was supposed to represent the changing tones of the games. Coco, on the other hand, often felt like an after thought. She has gone through one makeover after another, always getting the short end of the stick.

For Crash Bandicoot: On The Run, King gave Coco her original design back, but there are multiple things about it that offend the fashion sensibilities of my autistic mind. The root of the curly bang of her hair is sitting unevenly above her hairline, her eyes are smaller than they ever have been in the mainline console games, her eyebrows are thicker than dog fur, and her trademark flower is missing. The accessories that come with her skins, like Mutated Lab Assistant, don’t make it any better, and the idle celebratory dance she does if you wait too long to start playing the level comes off as completely lifeless.

King’s redesign of Coco Bandicoot for Crash Bandicoot: On The Run burned my eyes more than shampoo being squirted into them. It makes you scream bloody murder because someone poured some water into the bottle and mixed it up without your knowledge (which recently happened to my brother, but you get the picture). For all of the mobile game company’s greatest game design achievements in Candy Crush Saga and Bubble Witch Saga, their rendition of Coco pales in comparison and feels like a beauty makeover gone wrong, something more painful than Tyra Banks yelling at the contestants of America’s Next Top Model.

Coco’s physical stature is more realistically proportioned than that of her cartoonish older brother, but her designs have been inconsistent because those changes were dependent on the fact that she’s the only character to physically age. We already know that in the original Crash Bandicoot trilogy starting with Crash 2, Coco was designed to counterbalance the sexy design of Tawna, wearing overalls with a loose strap, a ponytail and a blue flower in her hair to give players the hint that she is Crash’s kid sister and not his new girlfriend. In Wrath of Cortex, however, Coco’s transition to post-3D graphics for PS2 deflated her, literally, de-volumizing her hair and making her arms as skinny as chopsticks. 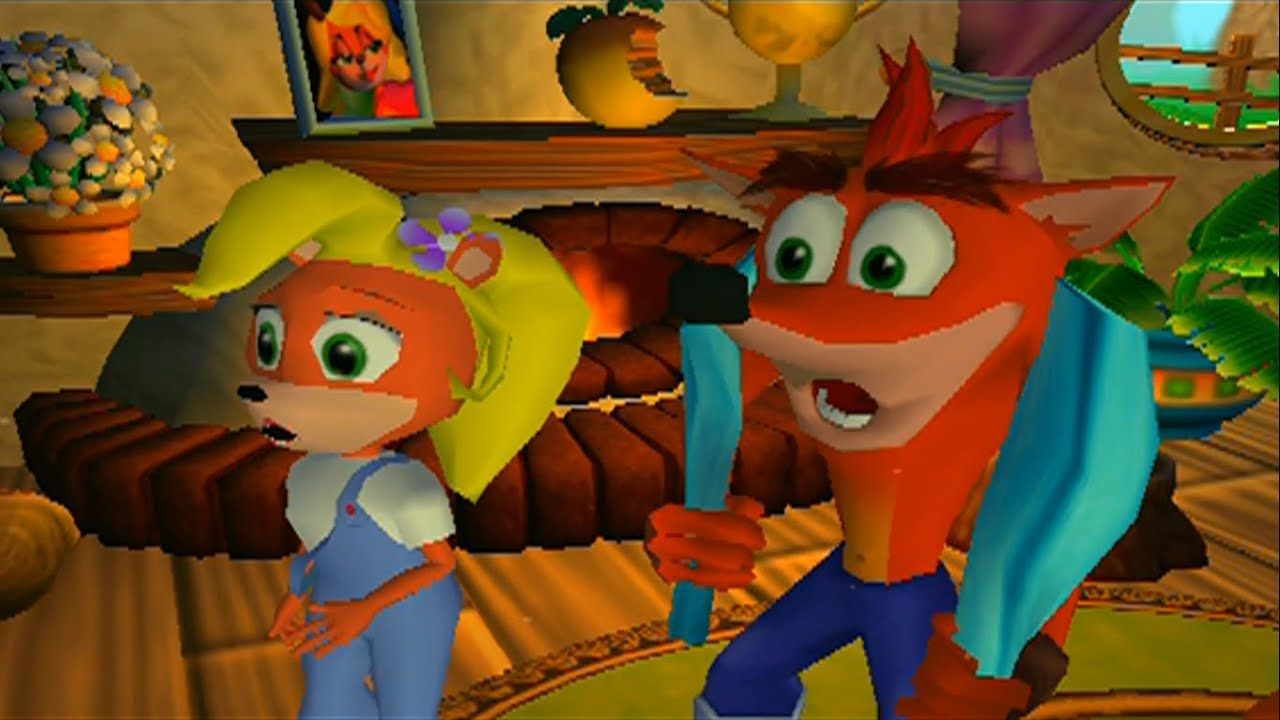 Once she became a teenager in Crash Nitro Kart, Vicarious Visions ditched her overalls for low-rise jeans and a white t-shirt with a smiley face flower print but still managed to keep her ponytail sans flower or other hair accessories. Her design improved significantly in this game, signifying the end of her long and arduous journey to be as physically appealing as Crash in 3D.

When Crash of the Titans rolled along, Crash underwent a total makeover, wearing no fingerless gloves and sporting black tribal tattoos and an even more ruffled hairstyle. Coco has let her hair down and is wearing a blue bandanna to show off her femininity, and her ears have gotten more rounded. In Crash: Mind Over Mutant, Crash’s design stayed the same, but Coco transformed into a shonen anime character, having bigger eyes, low-rise khakis and a couple of bangs hanging over her goggles. 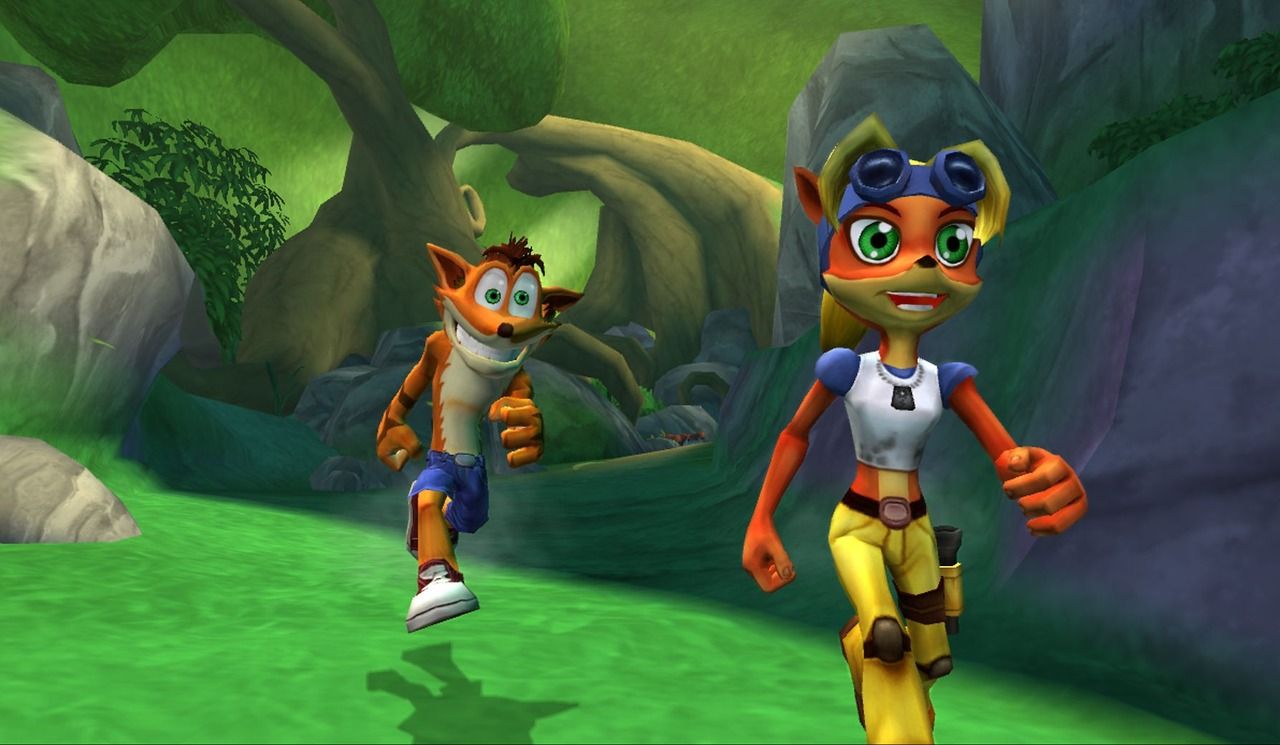 In the N. Sane Trilogy remake of the original Crash games, Coco’s age was dialed back five or six years younger — we don’t know precisely how old she was supposed to be in the original trilogy to this very day. To go along with this, her original design was improved with a full-blown HD upgrade, giving the swirls and curls of her hair more volume than Pantene hairspray ever could, as well as a pink flower in her hair and eye shadow to match. Coco retained this design in Crash Team Racing: Nitro Fueled, even with the unlockable skins.

Although Crash Bandicoot 4: It’s About Time was a direct sequel to Crash Bandicoot 3: Warped, Toys For Bob revamped Coco’s design to give her a big cartoonish oomph than even in the original trilogy, and it blew me away. Her outfit is the same, only it came with some new accessories: a belt with a pouch attached, a heart patch over her right knee, a bracelet, a tablet and goggles with a strap that’s skinnier than the one her teenage counterpart wore in Mind Over Mutant. What really won me over about her Crash 4 redesign was her big bang being realistically styled to the side and her butterfly wing-like eyelashes. 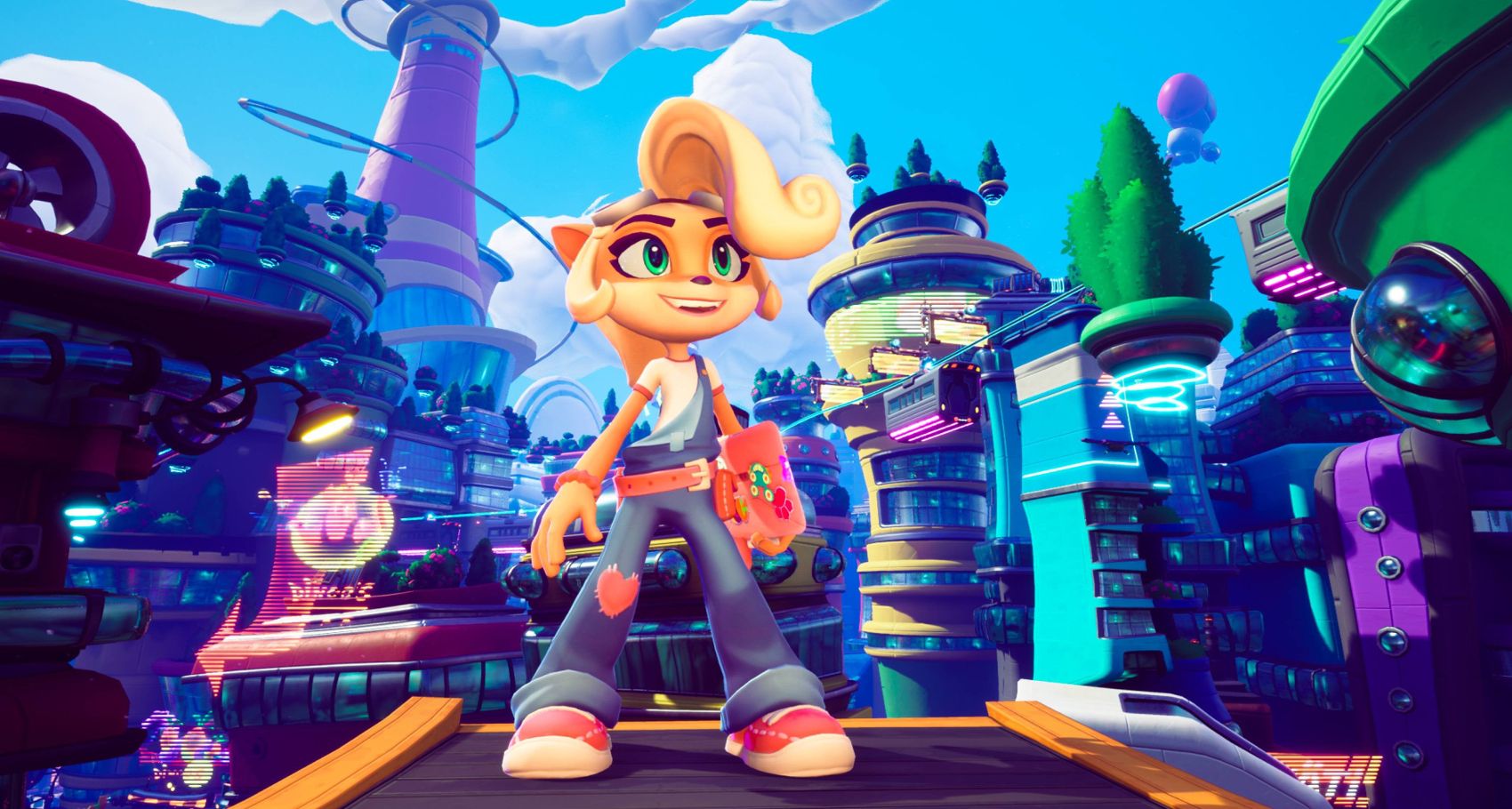 Everything Toys For Bob did to make Coco look extra pretty in Crash 4: It’s About Time, King completely destroyed in Crash: On The Run. Restoring Coco to her original design and making her look as unappealing as possible instead of using her Crash 4 design in a mobile endless runner game kind of defeats the purpose of rebooting the Crash Bandicoot franchise and updating their looks to keep up with the times. Repeating her history of poor designs was a bad move on King’s part.