You are here:
Home / Chorizo The Dog Represents The Worst Of Far Cry

Chorizo The Dog Represents The Worst Of Far Cry

Ubisoft has finally decided that Far Cry 6 is a political game, even putting out a statement that opens with “our game is political.” It remains to be seen whether the finished product will actually have a point of view and take a side, or whether “political” is the new “non-political” and it’s both sides business as usual. Regardless, an overlooked and much more interesting part of the statement Ubisoft released came at the end – “Far Cry is a brand that in its DNA seeks to have mature, complex themes balanced with levity and humor.”

First off, let’s ignore the corporate speak of “brand” and “DNA” because this is just how triple-A games are marketed these days. It’s the balance part that’s more worthy of discussion. Some stories are capable of balancing comedy and politics. Four Lions is a great example of this, as are Veep and The Thick Of It. Jon Stewart built a whole career out of it. Based on what we’ve seen of Far Cry 6, I don’t trust it to do the same.

Aside from the politics, one of the most discussed aspects of the game has been Chorizo, the wheelchair-bound little dog who acts as an ally in your quest for revolution. We also encounter waistcoat-wearing crocodiles across the game. It’s certainly possible to be silly and make a complex political point, but it’s much more difficult. Four Lions, Veep, The Thick Of It, and Stewart all use the built-in ridiculousness of the political situations they’re satirising for the humour. Far Cry 6 is chucking in a funny animal. Chorizo seems like the biggest political distraction since Boris Johnson’s wedding. 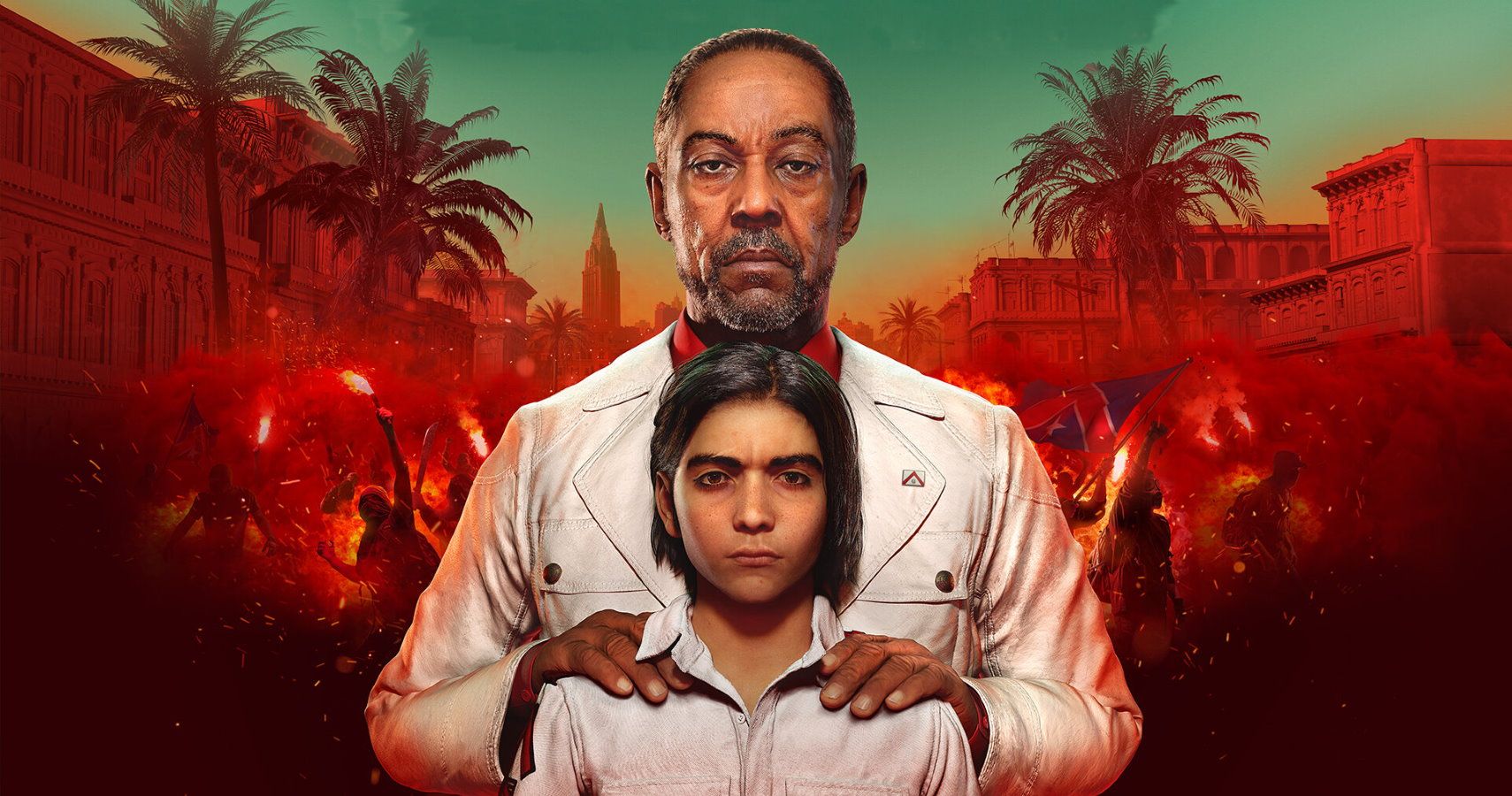 I’m sure the dog is very cute. Certainly, the internet seems to have taken to it. If Chorizo was the only wacky animal there, then maybe it would be okay. It helps to humanise the revolution beyond simply fighting all the time – Chorizo lets us see the revolution’s struggles, and provides us with a window looking into its sensitive side. Revolutions by their nature have to never concede an inch, and use violence to push back against the horrors enacted upon them. It’s hard to connect with a group so constantly soaked in blood, however righteous that violence may be. A character like Chorizo offers a new perspective on all that. Of course, that only works if it’s just Chorizo. The fact there’s the aforementioned silly crocodile and likely other animals in the mix reduces Chorizo’s impact and moves it from being the game’s heart to the game’s sideshow.

You might think I’m being uncharitable – Ubisoft has come out and said boldly “our game is political”. My reply would be, “so were Far Crys 2-5 (at least)”, not to mention the three Watch Dogs games, and, most infamously, Ghost Recon Wildlands. Oh, and both The Division games. The studio has had its chance to earn the benefit of the doubt. It also reacted faster to our interview with Far Cry 6’s narrative director – in which the word “politics” was volunteered without us asking about it – than it did to allegations of a toxic workplace. 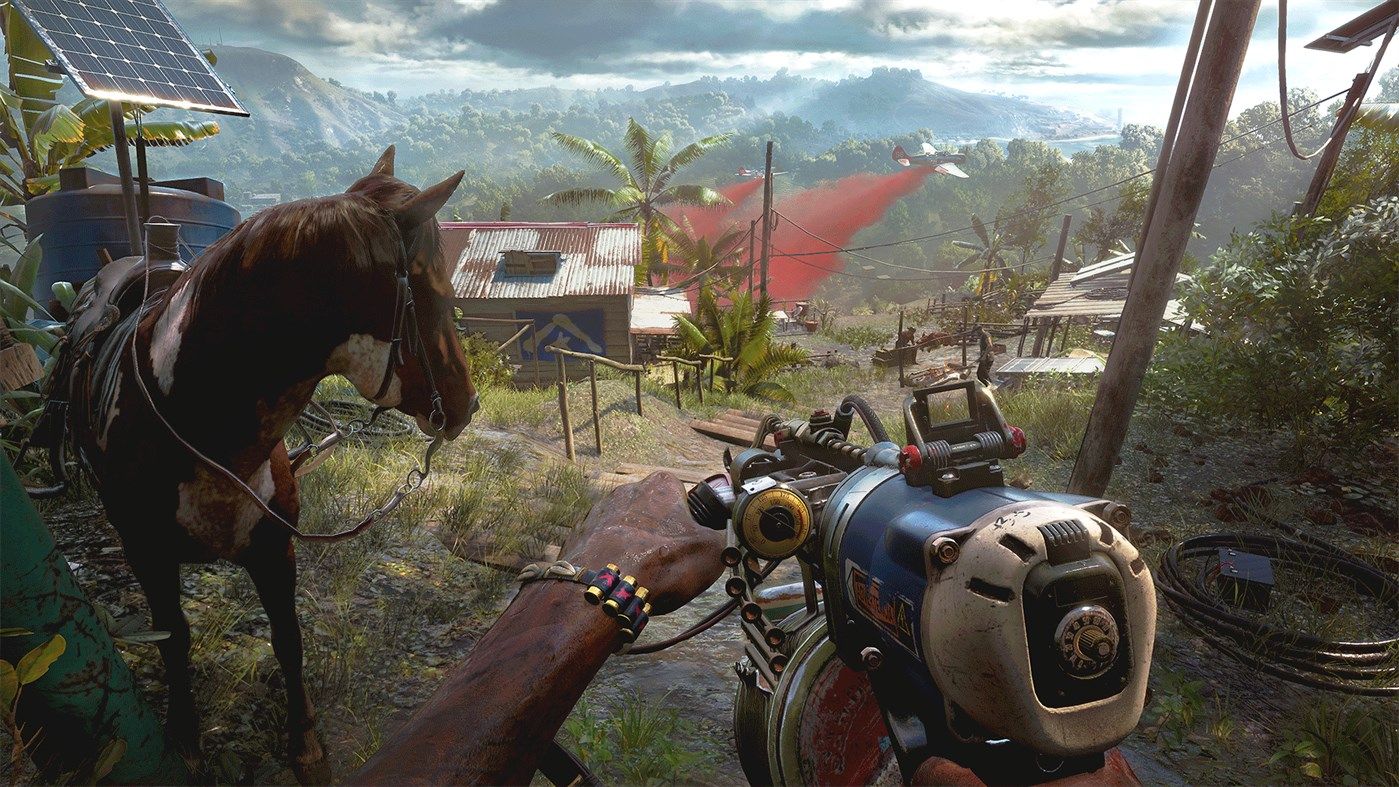 I will say that Ubisoft has come out swinging this time. It claims Far Cry 6 is about “the rise of fascism in a nation, the costs of imperialism, forced labor, the need for free-and-fair elections, [and] LGBTQ+ rights. ”If the marketing had led with this instead of waiting until the self-inflicted “not political” blow had the studio scrambling, I’d be a lot more intrigued by Far Cry 6 as a concept. Right now, given the presence of Chorizo and Ubisoft’s history, it’s hard to see these terms as anything more than buzzwords. Casting Giancarlo Esposito, a Black Italian, to play a Caribbean-Latino dictator doesn’t exactly lend credence to Ubi taking the game’s politics seriously, either.

It’s easy to see why the marketing has previously not emphasised this angle. ‘Our game is about imperialism and LGBTQ+ rights’ is a much harder sell than ‘it’s the Breaking Bad man!’, but if Ubisoft now wants to embrace being political, it needs to understand that doesn’t just mean doing what its games have always done while giving slightly different answers in interviews. It means taking sides, it means having a viewpoint, and it means being brave enough to lead with these viewpoints.

Chorizo’s existence alone doesn’t mean Far Cry 6 cannot be political, but “can you pet the dog?” is a much less cutesy marketing tactic when you claim your game is the realistic recreation of a revolution in a story about labour rights and electoral fraud. I’m happy Ubisoft is admitting Far Cry 6 is political, but I’m less convinced the game itself will acknowledge the gravity of its politics quite so much as this purpose-written statement designed to deflect negative coverage after a bunch of less than favourable previews.