Last year’s Blair Witch is one of my all-time favorite horror titles. Not only was it a successful translation of the beloved franchise to gaming, but its bleak, cerebral narrative elevated it to the level of true psychological horror greats – like Rule of Rose or Silent Hill: Shattered Memories. It was a terrifying experience, one that managed to choke me into submission with its unrelenting atmosphere.

Naturally, then, I pounced at the opportunity to experience it again on the Oculus Quest. Would taking that doomed hike into Black Hills Forest horrify me more in VR, or would the platform’s technical limitations buckle under the weight of Bloober Team’s impressive game?

As it turns out, the answer is “a little bit of column A, a little bit of column B.” Blair Witch: Oculus Quest Edition is an undeniably impressive feat, and one of the best horror titles on the headset. That being said, in the process of bringing it to the platform, several compromises were made that threaten to jeopardize the experience at several points. 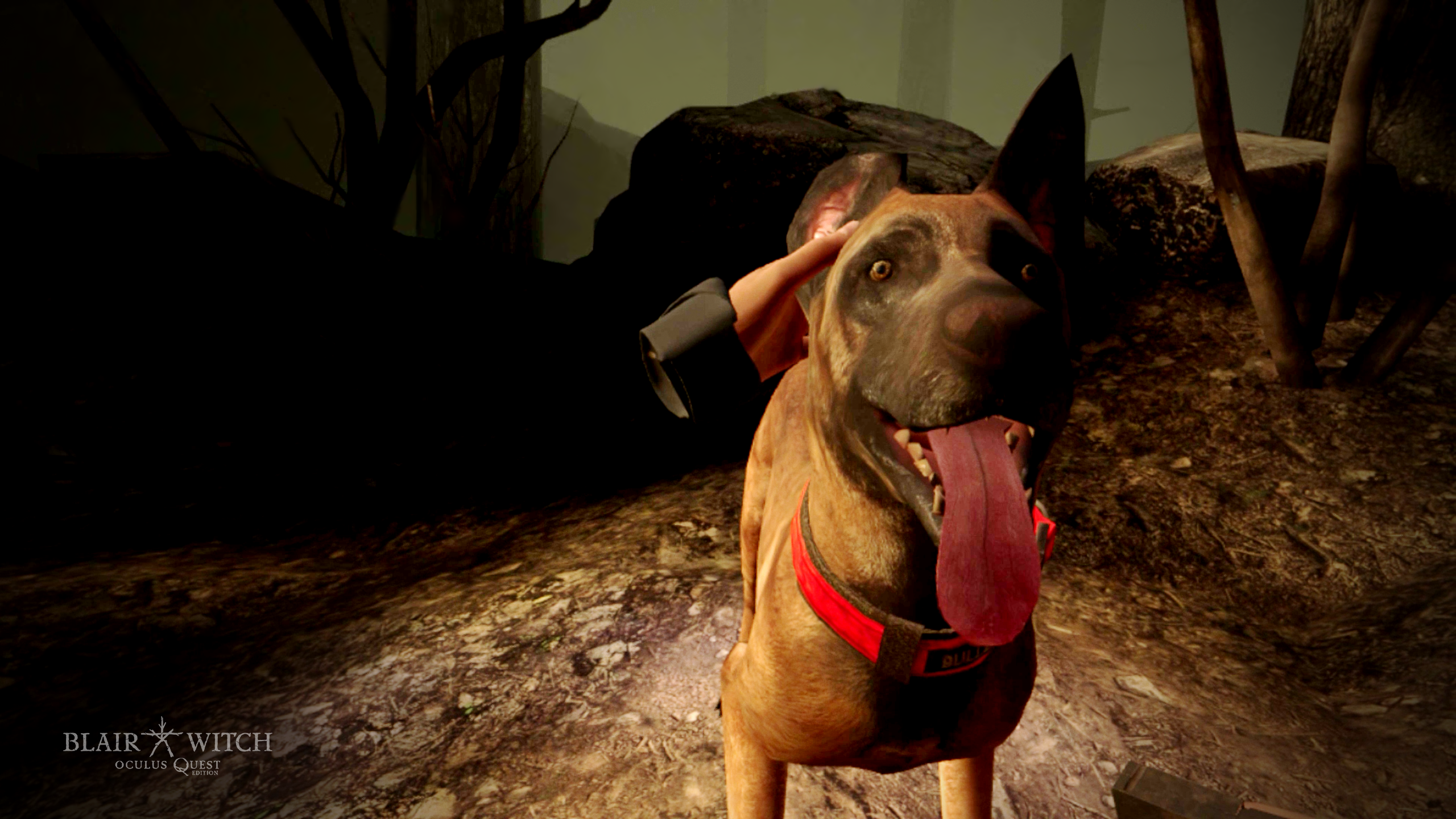 One thing that hasn’t been sacrificed in the transition to the platform, though, is the game’s masterful narrative. The game still weaves an impressive yarn that grapples with the fragility of the male ego, the cyclical nature of unresolved trauma, and the inherent evil of America’s military-industrial complex. That’s just the tip of the iceberg, too – Blair Witch’s story is a one of rare thematic breadth and richness, and one of the best I’ve experienced in the medium.

This time, it’s made even more effective by experiencing Ellis’ descent into his own mind as if you’re living it. Inhabiting the protagonist’s body in VR makes him feel that much more tangible, from fumbling with his old Nokia to manipulating the environment with a cursed camcorder. As he journeys deeper and deeper into the woods, his PTSD flaring up all the while, you truly feel a sense of claustrophobic panic begin to sink in. As somebody who has suffered from trauma-based panic attacks my whole life, this game managed to recreate that in VR – no small feat, to be sure.

But feeling like absolute shit isn’t the only thing VR enhances. Ellis’ service dog, Bullet, stands out as a highlight of the package. Touching him in certain areas makes him respond differently, his ears realistically flop when you play with them, and he looks directly into your eyes when you want to give him a treat. When you’re feeling scared, having him there to comfort you brings a sense of genuine relief, and he’s even more effective here than he was in the original.

Overall, the Oculus Quest version of Blair Witch just feels good. The tangibility of every object and living creature in the environment makes the game more engrossing – and the added jump scares and improved combat certainly help. 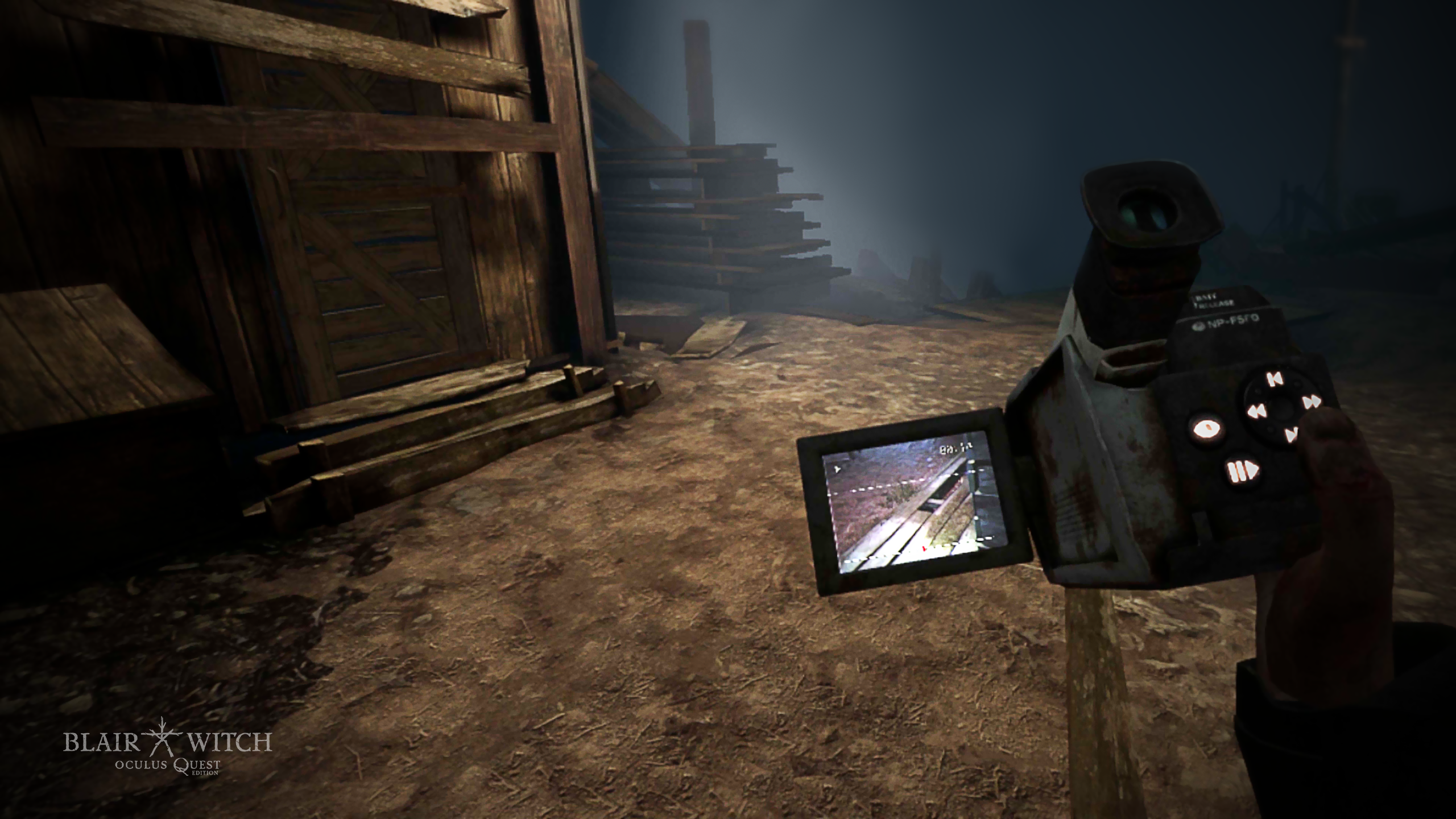 It’s unfortunate, then, that not everything in the game is improved by the presence of VR. While the overall game is still an effective piece of media in and of itself, I can’t say that it manages to reach the same heights as the original.

Part of that, I think, is the way the game is divided into chapters. Last year’s release was a mostly persistent experience, meaning that you didn’t have to worry about loading screens splitting up your journey and yanking you out of it. However, you just can’t do something of that scale with this engine on the Quest 2 – it’s just not possible. That results in an uncomfortable compromise that comes at the expense of player immersion. These chapter breaks happen frequently, with some popping up every four or five minutes that last for 15-30 seconds. These pitch-black loading screens look like something on the PS2, and it’s maddening when you know just how seamless the original game was.

Also upsetting is how the game’s sense of scale is completely thrown off in this version. The technical limitations have resulted in smaller, more compact areas that feel like facsimiles of their console and PC counterparts. In some ways, it feels like a more guided experience than the original, which only serves to take away just what makes Blair Witch media so terrifying. The entire point of the franchise is to take viewers and throw them in an endless expanse of towering trees, slowly swallowing them as time and physics both break down. That’s just not something you can do with environments that are both this small and this linear.

The question is this, then: does the latent added immersion of VR manage to overcome these limitations? 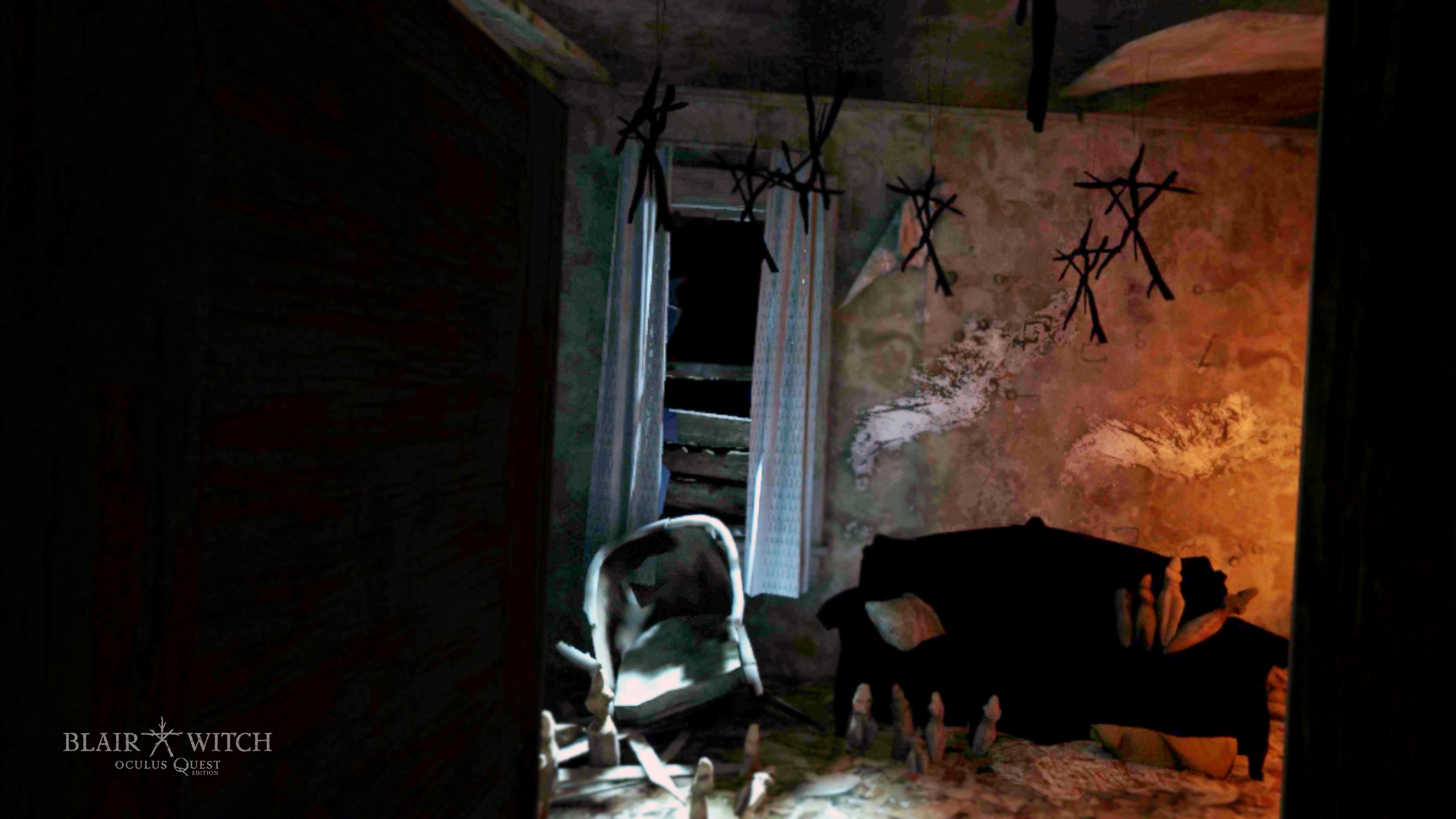 Ultimately, I’d argue that Blair Witch: Oculus Quest Edition does succeed… asterisk. It’s really its own thing, at the end of the day.

You aren’t going to find a story like Blair Witch’s elsewhere on the Oculus Store. You just aren’t. It’s a deep dive into the psychological terror popularized by franchises like Silent Hill, and it’s a markedly better one than the earlier Layers of Fear VR. The way this game sells that story, too, by adding in an element of tangibility to your surroundings is also impressive. Make no mistake: this is one of the best narrative and most engrossing experiences you can play on the Quest 2.

That being said, you have to be aware that what you’re getting is a distilled, truncated, and ultimately weaker version of a masterpiece. It’s like listening to your favorite music on earbuds versus studio headphones. Yes, you still love it, and it’s still a great experience. But there’s a richness to it that just isn’t present, with small quirks and little details going completely unnoticed.

Blair Witch: Oculus Quest Edition is still a great game, and still one of the most winning horror experiences on the platform. But if you play it, be sure to revisit it on the PC or console – you’ll thank me later.