You are here:
Home / Before You Declare It Takes Two As Best Co-Op Game, Try Operation: Tango

Before You Declare It Takes Two As Best Co-Op Game, Try Operation: Tango

2021 isn’t even halfway through, and it looks like It Takes Two is already on the way to several “Best of” awards. Yet before anyone goes around handing out trophies, I urge you to take a look at Operation: Tango.

Operation: Tango is the anti-couch co-op game – two players must play on different devices and see different information. The pair play as spies, a hacker and field agent, who take on dangerous infiltration missions. The hacker player sees through security cameras and data feeds while the field agent runs around the mission area. When the time comes to crack safes or shut down servers, the two must piece together their perspectives to solve puzzles or reflex mini-games. In practice, it plays like an escape room where you and your ally only have each other’s voices to rely on.

TheGamer was given a preview code to demo one level of Operation: Tango. I invited a friend to hop on Discord and take on the mission – we were to break into an evil mogul’s penthouse and steal his prototype of a deadly new virus. He took the to the field while I hacked into the elevator camera to guide his way. He picked some smooth elevator music, I gave him access to the penthouse, and up he went.

There’s a slick, playful style to Operation: Tango that’s apparent from the get-go. The art has a comic book feel to it that also mixes the ’70s style of popular spy movies. There’s also some fun back-and-forth opportunity – as the hacker, I could give the elevator a Christmas theme or leave messages for my friend on the screen. But infiltration is the name of the game, so it was serious business once he reached the penthouse.

Once in the mission area, we each had a small amount of freedom to explore. I could poke around in the network, although most functions were locked behind security. Likewise, my friend could look around the mogul’s office and balcony, but couldn’t interact with anything. It quickly became clear the he needed to walk up to a panel and attempt to open the vault. This triggered our first joint puzzle.

Our objective was simple: move a dot from one side of a square to a hole on the other side. The challenge came in the form of two major obstacles: barriers which reset the ball if touched, and that we each controlled a direction. I was up and down, my friend was left and right. It was a fun, if simple, puzzle. We got a few laughs out of it before cracking it and entering the vault. 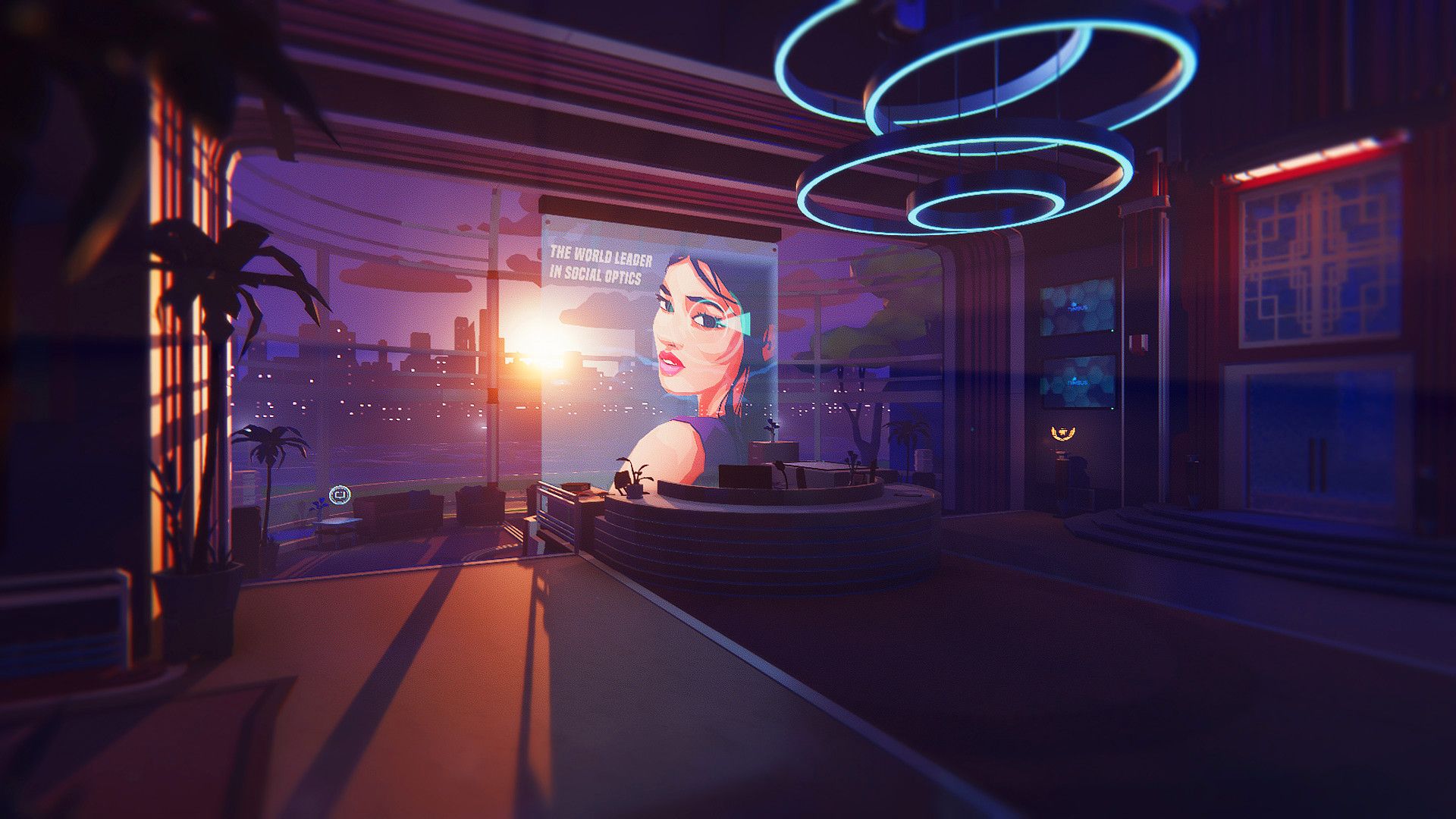 Inside the vault is when things got really interesting. My friend had to step on certain spots on a pressure sensitive floor. I could see their outlines clearly, and needed to guide my partner with words alone. Then, once we succeeded, lasers sprung up out of nowhere. My friend needed to avoid them while also feeding me numbers from servers that popped out of the floor. It felt like quintessential spy action – every move was exciting and tense as one wrong move could trigger security and cause a game over.

That pulse-pounding gameplay continued when it was my turn to infiltrate. I had to go into the data world and access a digital door to open the safe inside the vault. My friend used the keypad on their side to drop platforms for me so I didn’t fall into the void. However, firewalls scrolled through and erased the platforms, complicating the endeavor.

After those skill challenges, the gameplay shifted to a set of challenges more akin to an escape room. The safe had multiple locked compartments. We needed to discover which held the virus prototype – once that was located, we needed to share info to highlight the right keys needed to unlock it. The key here was pure communication, particularly finding common ground in how we view and discuss an arrangement of shapes numbers. 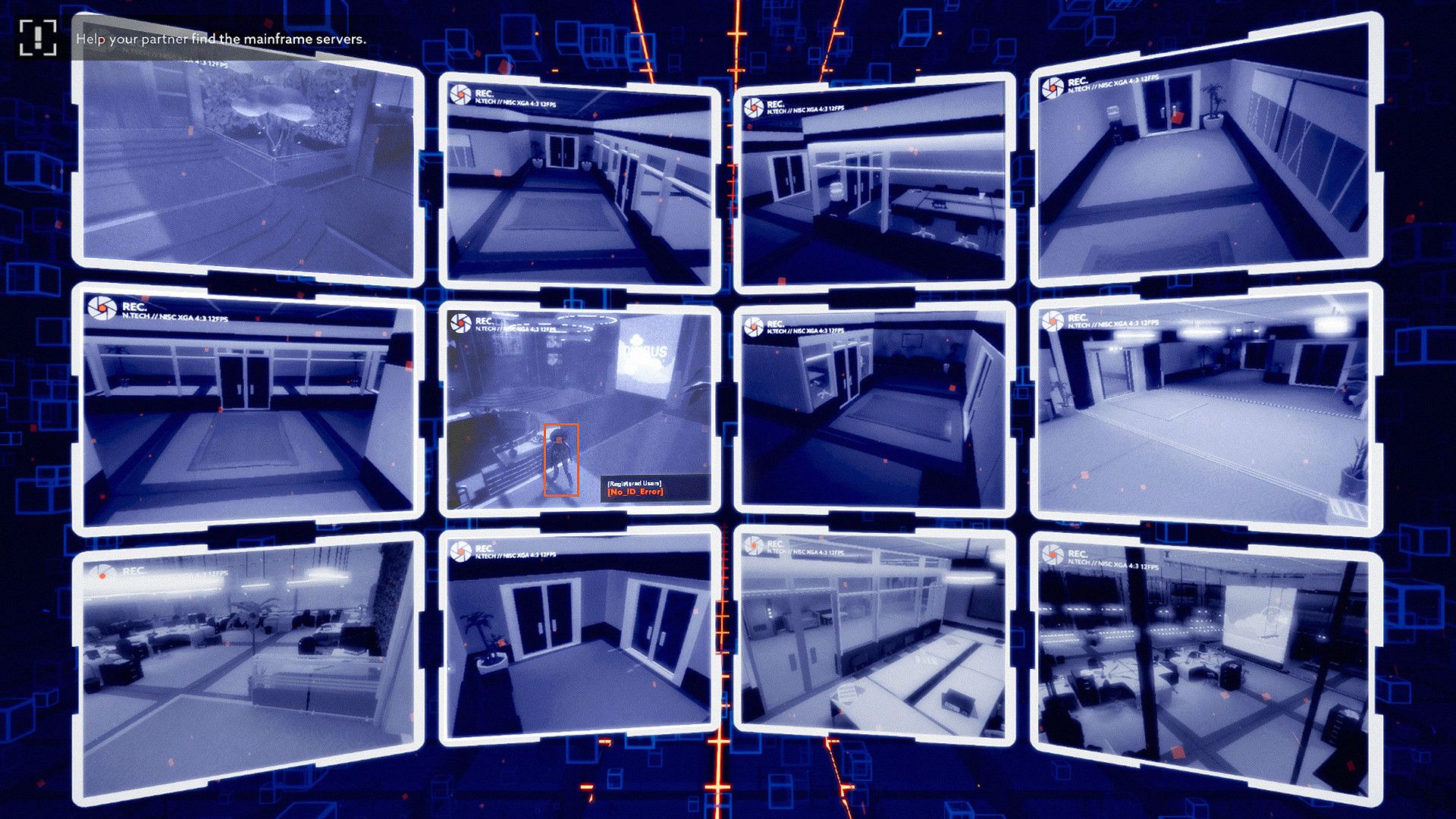 My one major criticism of Operation: Tango was that you see the bulk of it on the first run. When we revisited the mission with switched roles, we got through a lot faster because we knew exactly what to do, even if the letters and numbers involved changed. A recent trailer showed off a new mission, however, so there’s hope. If Operation: Tango launches with a good amount and variety of missions, it might just contend with It Takes Two’s bonkers selection of activities. It’s core of communication-based, slick spy action is already off to a strong start.