You are here:
Home / Baldur’s Gate: Dark Alliance Switch Review: A Relic From The Past

Baldur’s Gate: Dark Alliance Switch Review: A Relic From The Past

I enjoy a good dungeon crawler and a good Dungeons & Dragons campaign, so it’s bizarre that I never heard about Baldur’s Gate: Dark Alliance back in the heyday of the PS2. It’s an old-school dungeon crawler that has a bit of a cult following and now it’s being remastered for modern consoles. It’s certain to be one hell of a nostalgia trip for those who played it all the way back in 2001.

But how does it hold up for those of us who never experienced it nearly 20 years ago? It definitely feels like a game that’s a few decades past its prime, but if you can deal with some archaic design choices that haven’t aged well, this is still a surprisingly decent classic RPG. 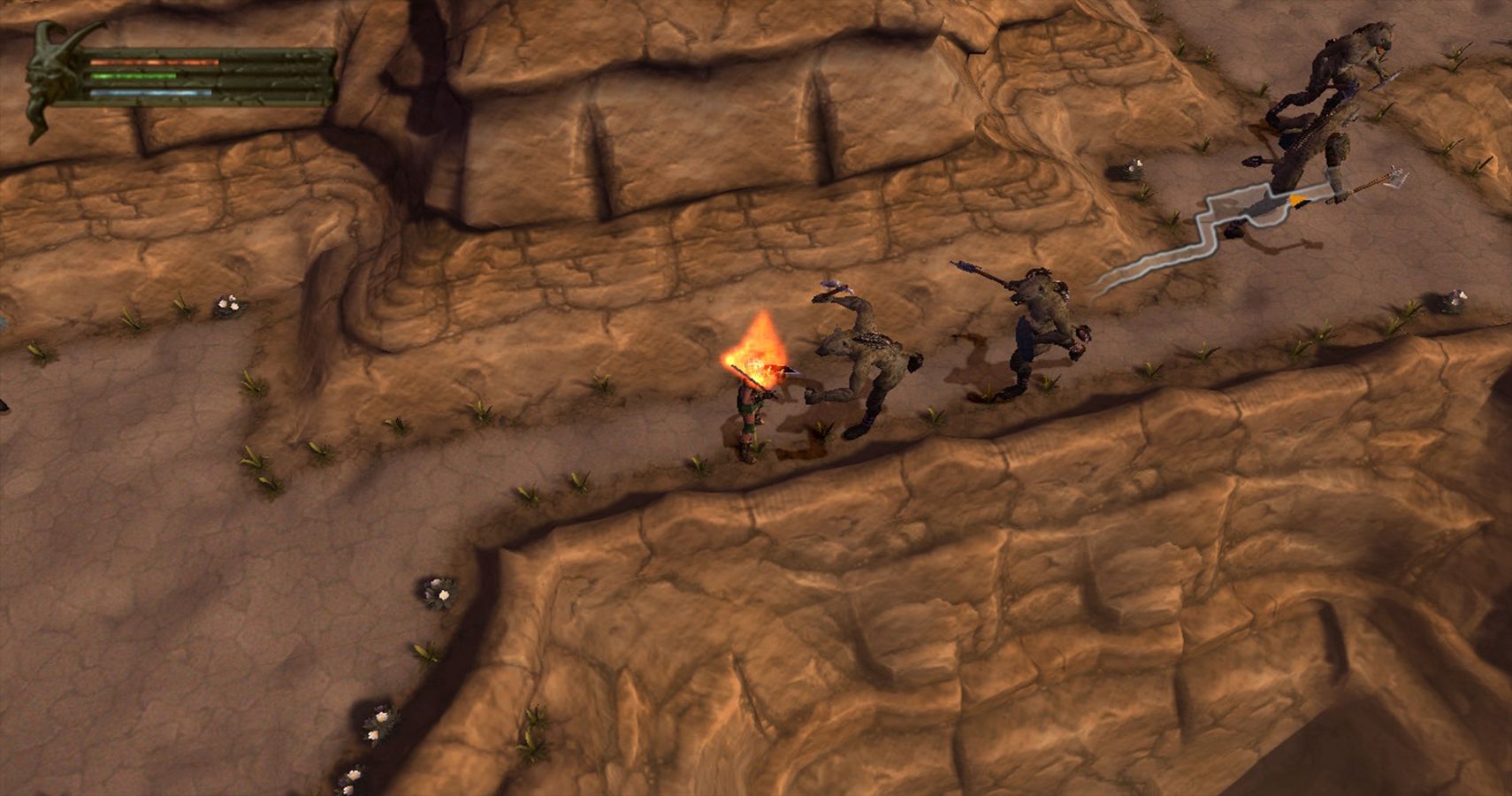 The story of Dark Alliance begins with your plucky hero or heroine arriving at Baldur’s Gate. You’re looking to make a name for yourself in the big city, but before you can do anything you’re conked on the head by a roaming gang of thieves. They rob you blind and only leave you alive because a couple of passing guards stumble across your concussed body. Now angry and penniless, you head to the local tavern to gather information on the thieves so you can enact bloody vengeance. But as it goes with most RPG stories, there are worse things than random thieves lurking beneath the surface and it’s up to you to save the day.

It’s a classic tale where you keep thinking you’ve reached the big bad only to discover there’s someone even worse beyond them. It’s also one of those stories where despite there being plenty of soldiers, fighters, wizards, and other warriors hanging about, you’re the only competent hero around who can get the job done.

What elevates it beyond being another generic D&D plot is the hammy yet entertaining voice-acting. Every NPC you speak to is fully voiced and has a ton of dialogue and exposition to spit out. Sometimes they prattle on for a bit too long, but these characters are all quite likable and the performances add a lot to the game’s presentation. That quality of acting shouldn’t be shocking since this has a murderer’s row of famous voice actors in its cast. Jennifer Hale, Cam Clarke, Jim Cummings, Frank Welker, and especially Tony Jay all show up here. When the guy who played Megabyte and Frollo is in your game voicing a giant purple beholder you know you’re getting some pure voice-acting gold.

While Dark Alliance runs at a pretty solid 60 FPS, it doesn’t seem like much was done to improve the graphics. It looks like a 20-year-old game with blurry textures, dull colors, goofy-looking enemies, and stiff combat animations. The camera could be an issue at times. There are some angles that made it hard to see where some enemies, items, or even doorways were. Also, for the far-sighted folks out there, the action can be pretty tiny if you’re playing this in handheld mode on the Switch

That said, I actually thought the designs of the NPCs were rather charming and they were animated pretty well for the time. Some creatures like the aforementioned beholder were made to look incredibly creepy. Considering Dark Alliance’s age, it looks fine although unspectacular by today’s standards. 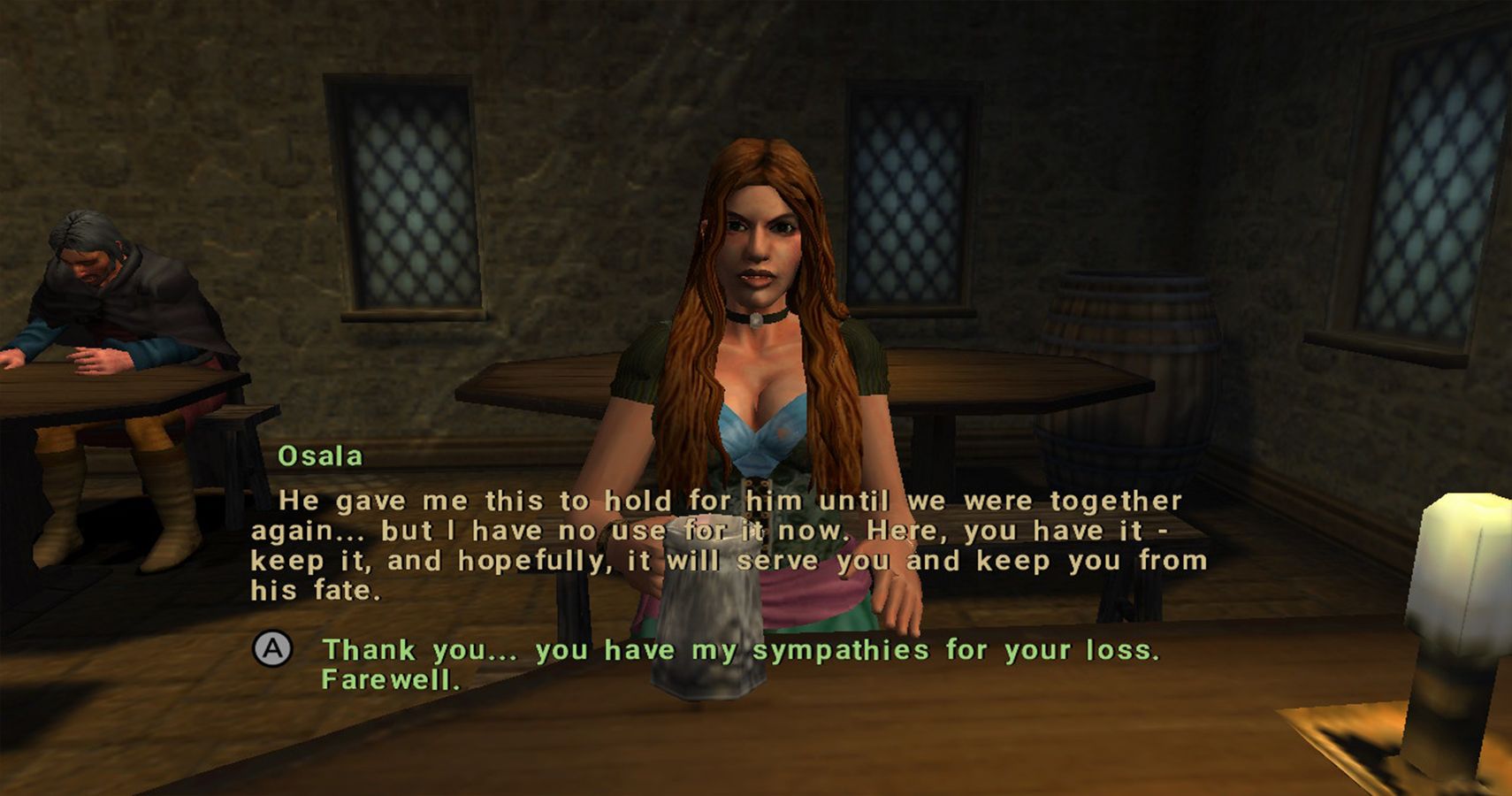 The gameplay is the meat and potatoes of Dark Alliance and it holds up reasonably well. You start out by choosing one of the three classes: the burly human archer, the even burlier dwarven fighter, or the buxom, svelte sorceress. After that choice is made, you get a quest and head into the various dungeons to fight off an onslaught of giant rats, kobolds, bugbears, bandits, and other enemies from D&D lore. As you progress through the game you’ll acquire new weapons, armor, and abilities from leveling up your character.

The combat isn’t the deepest, but it’s still enjoyable. I played as the sorceress and using magic in addition to whacking enemies with a melee weapon and firing arrows from a bow kept things interesting. This game is quite difficult so you’re not just going to stroll in and take down mobs of baddies yourself. It’s very common to get annihilated if you get surrounded. This does lead to a lot of running away from encounters, which gets old after a while. Still, if you like a challenging RPG, Dark Alliance will supply you with plenty of pain.

While I enjoyed Dark Alliance’s gameplay, there are a lot of old-school design issues that hampered my experience. For example, there is no auto-save, so you have to stop at save points to record your progress. That’s not the end of the world, but that means you can’t restart from a checkpoint if you die. You have to load your last save. So if you just fought your way through a horde of spiders, skeletons, and gelatinous cubes only to get stomped by a bugbear before you can save, then you’ll have to fight through all those enemies all over again. This led to me obsessively saving every time I killed something just so I wouldn’t have to go through those battles again.

You heal yourself by using potions, which on the Switch was mapped to the R button for healing potions and the L button for mana potions. This works fine, but a problem arises if you run out of potions or any other supplies. In most games, you’d just leave the dungeon, go to your local potion shop, buy up their stock, and get back to it. But here, if you’re not near a staircase that leads to the surface, you have to use a recall potion to get back to town. Then you have to trek through the entire dungeon to get back to where you were. You’ll be needing quite a few potions since you’ll be getting hit for most of your health bar, so this became an unwelcome errand that I occasionally had to run. Oh, and your inventory has a weight limit, and potions have their own weight. So you may have to choose between having heavier armor or carrying more life-saving potions, which is a crummy choice to have to make.

There’s a couple of other little issues that pop up. Aiming your arrows from a bow can be a little wonky as you only get a thin line that shows the trajectory (and you have to unlock that line as an ability while leveling up.) It’s not very accurate and I missed plenty of shots. Aiming magical attacks is even worse since you don’t get even get a line for those. There’s no dodge roll just an odd jump that’s used for awkward platforming sections. You can equip a shield to tank attacks but I didn’t find it to be all that useful. I also thought the leveling-up process felt very slow as you only get a number of skill points equal to your current level. So that’s 2 points for level 2, 3 points for level 3, and so on. Since certain abilities require more points than others, it took a long time to unlock some abilities. Even gaining a level seemed to take ages. 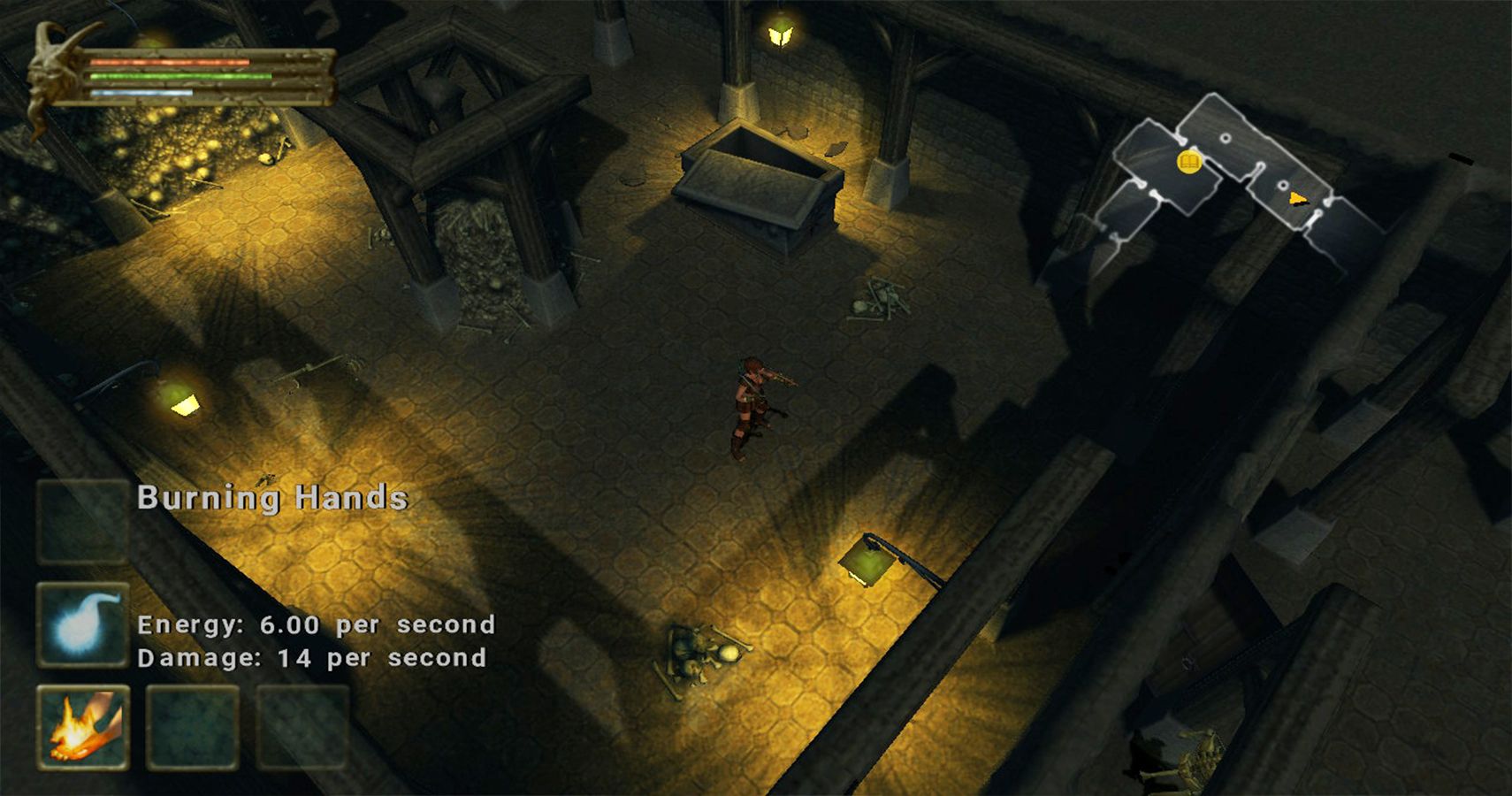 Yet, despite those myriad issues, I did mostly enjoy my time with Dark Alliance. That might be because I’m old as dirt and I remember playing games back when these types of flawed design decisions were the norm. So my tolerance for games that like to grind you down and make you wish for death is fairly high. The combat is still fun and I liked the setting and characters enough that I was pulled in by the basic story. However, it is a bit of a tough recommendation at its current price of $30 as I feel like that’s a tad steep for what’s being offered here. You might be better off waiting for a price drop or sale if you’re looking to experience this dose of early 2000s nostalgia.

Regardless, if nostalgia is what you’re looking for, then this remaster will definitely do the trick. It’s a time warp back to a time where RPGs were tough as nails and devoted to making you suffer. It’s not quite on the same level as anything in the Diablo series, but Baldur’s Gate: Dark Alliance might be worth a glance if you can look past its ancient flaws.