You are here:
Home / Assassin’s Creed Valhalla Is Big – Almost Too Big – But Its Unique Structure Makes It Manageable

Assassin’s Creed Odyssey was ridiculously large. A rotund game. A wide lad. It offered players Ancient Greece in its entirety, allowing you to sail a ship from island to island to explore sun-dappled shores and bustling cities. Some of this scale was to its detriment – no matter where you went, you’d see the same buildings, the same quarries, the same fields and beaches. It was beautiful, but you could see the cards tucked away beneath the magician’s sleeve.

Assassin’s Creed Valhalla, instead, offers us England in its entirety. England is larger than the mainland of Greece in real life, but that’s without taking into account, you know, the ocean. There are also a bunch of Greek islands you can visit in Odyssey, and so I went into Valhalla expecting something smaller, more manageable. 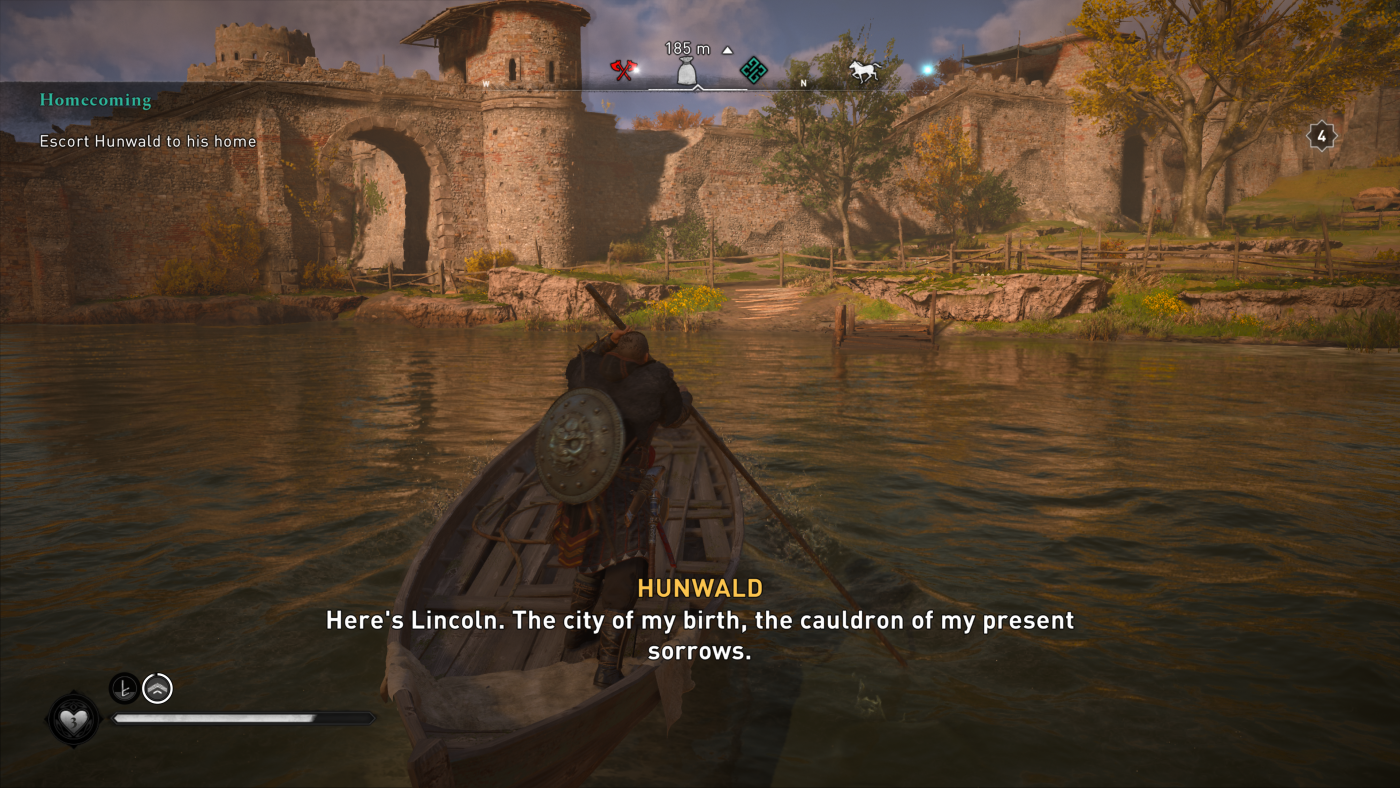 I hit 40 hours in Valhalla yesterday and there are still four or five English regions I’m yet to visit. I’ve also visited Asgard in my dreams, as well as Jotunheim – the land of the gods and giants, respectively. Both of those fantasy locations are their own mini open-worlds that you can lose hours in. Oh, and I haven’t even mentioned that you start the game in Norway, which is another open-world map to explore (and I still haven’t seen all of that either).

So, last night, the length of 20 movies into my adventure, the game told me it was time to visit Vinland. This isn’t an old-timey name for Finland or something, as I first assumed. Vinland is North America. Not the whole of North America, obviously, but yet another sizable open-world map – all forests, mountains, and trickling rivers. 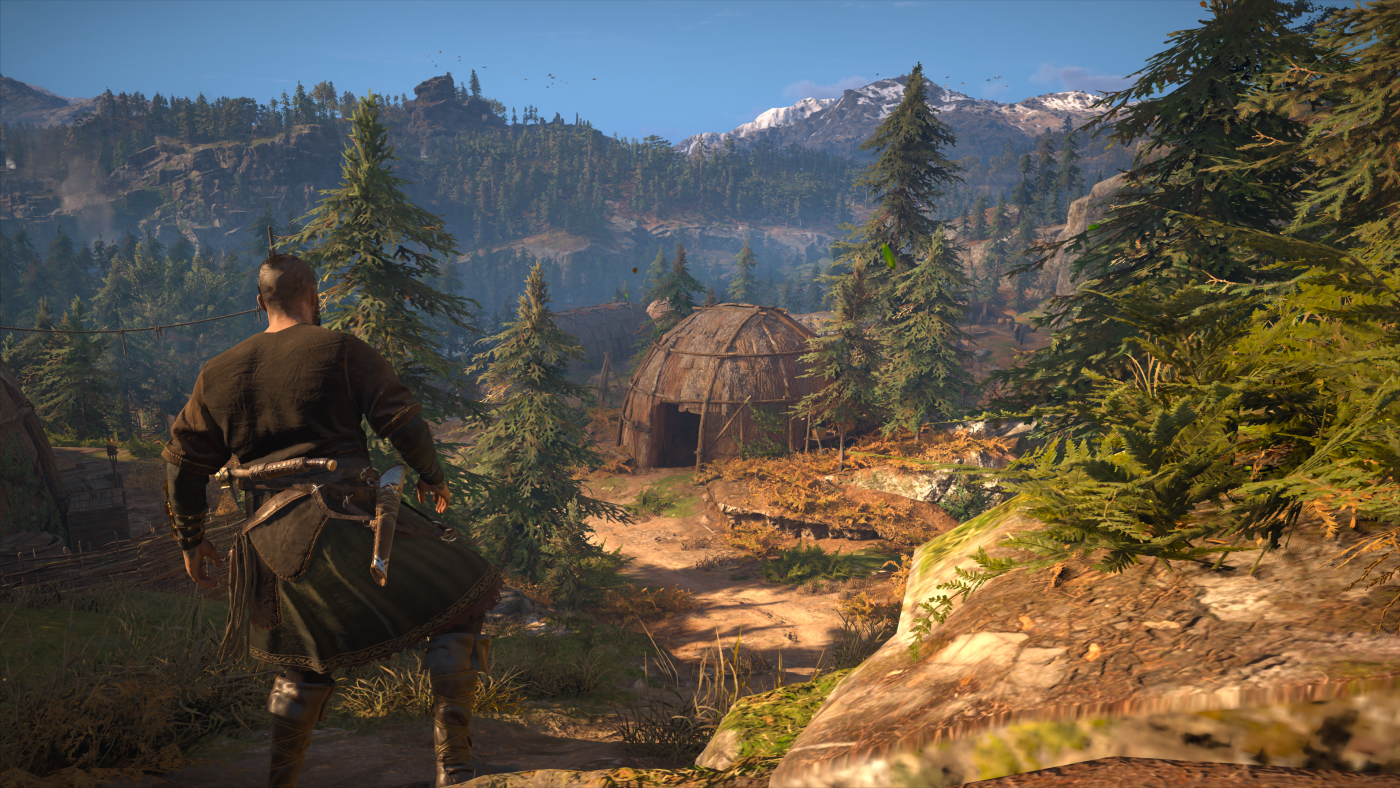 I’m enjoying Valhalla a lot, but it feels like a birthday cake that you absolutely refuse to share with anyone else. I’ve got chocolate all around my mouth. It’s down my top. It’s on my keyboard. I’m an absolute state. But I’m still going – shoving spoonfuls of it into my gob, swallowing the regurgitated chunks back down as my body tries to course correct my gluttony.

I don’t really have time for a game like this – it’s never-ending. I think if you put Odyssey and all its DLC together, Valhalla would be approximately the same size. It’s ridiculous. But I’m powering through because it still manages to feel varied, despite its vastness. I’ve spoken before about the brilliant sidequests and surprising things you can find while exploring the world, but I haven’t had a chance to talk about the visual variety yet. Make no mistake, Assassin’s Creed Valhalla is gorgeous, and it hides its technical tricks much better than the last game.

It doesn’t quite manage that Rockstar Games magic of creating locations that burn into your memory – where you can trace a route from town to town in your mind’s eye. You won’t recognise that specific mountain path or that riverbed you always happen to cut across. But those vistas. Damn, those vistas. I will never tire of reaching the top of a hill to see England stretching out in front of me, some ruined castle in the distance marked by a flock of birds, with endless rolling green between me and it, the clouds overhead tracing their shadows across the fields as the sun illuminates the patches where it can break through. 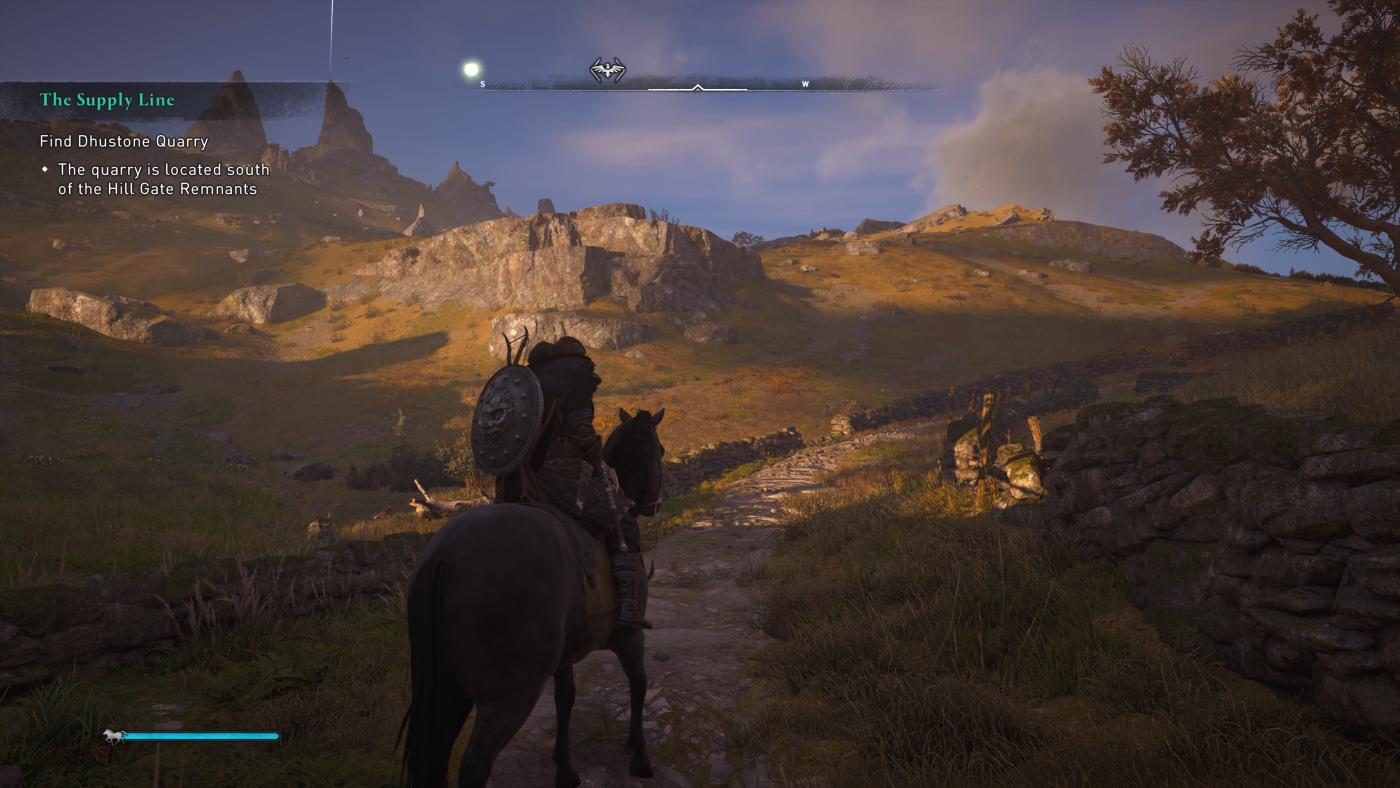 I’m in awe of how this is even possible. How do you manage a team of over 1,000 people to create something this vast? How do you make sure the horse’s hooves sound just right when they’re on cobblestone versus wood versus grass… for every inch of these sprawling maps? How? I personally prefer the Rockstar approach, where the maps are still huge, but every single route is memorable, but there’s no denying how impressive this is.

There are plenty of arguments about game length and I won’t get too deep into them here, but I think most people in the games industry completely miss the point on this particular argument. For me, a person whose job it is to play everything and write about each game, Valhalla is a nightmare. It refuses to end. It’s November. There are a million other games I have to write about. But for a lot of people – especially in a pandemic where people don’t have the money for many luxuries – this might be the only game they buy this year. The length is for them, and it’s a solid solution to counter the games as a service trend. Developers need to keep players engaged for a long time – longer engagement equals more sales. This is a single-player adventure that will last months for someone who plays games like a normal person – that’s a good thing!

I think the structure of the game really helps here as well. Valhalla is all about building your own town as a Viking settler in England. But to keep your townsfolk safe, you have to forge alliances with the various jarls, kings, and lords of England. So you take a look at the alliance map and you stab your dagger into a region, pledging yourself to it. From there, you’re dropped into a self-contained adventure in that region. Each one takes two or three hours to finish. It’s almost episodic – some regions move the main story along, some stand on their own, but all of them allow you to have a couple of hours a day with this massive game and feel like you actually accomplished something. It’s genuinely smart, and I think many people will be spending their Christmas in Valhalla (and Norway, and England, and Vinland, and Asgard, and Jotunheim). 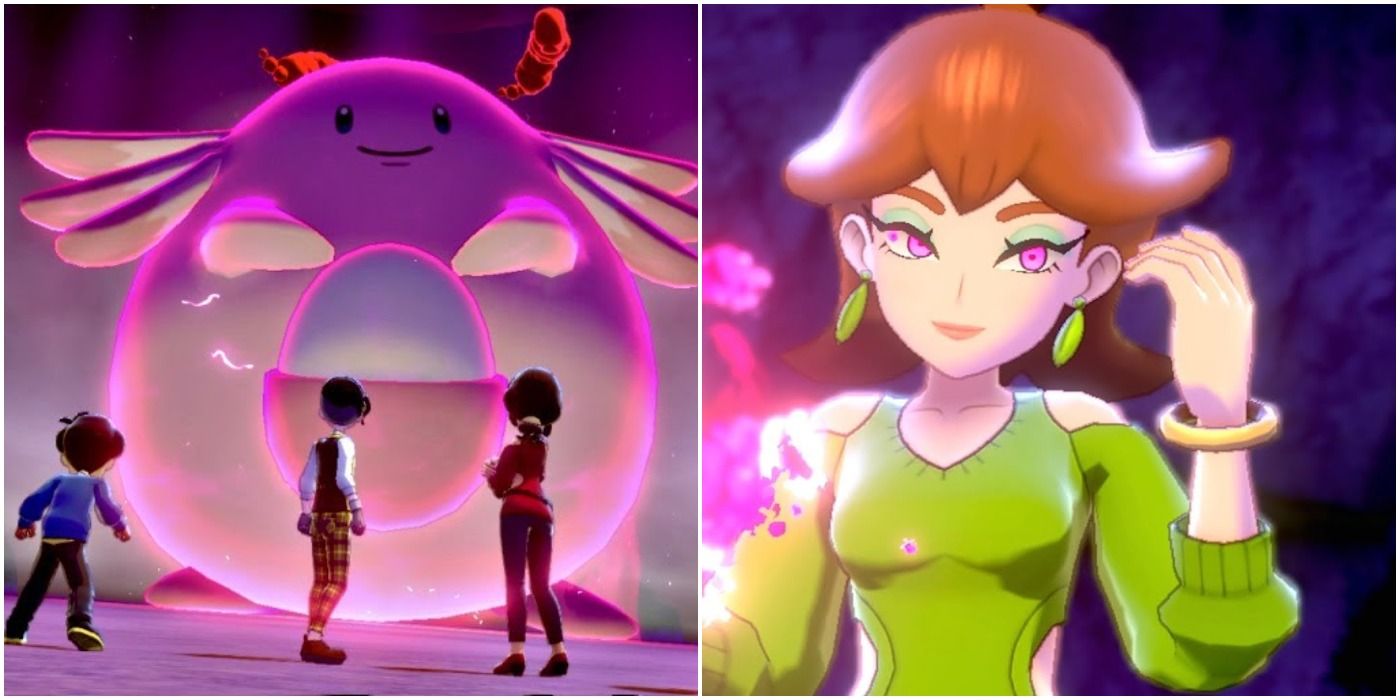