“This is the future of battle royale. This is how to tell a story.” Simona Reed, the ALGS' coordinating producer, is talking about Multiview, the new streaming format for Apex Legends tournaments. “There's 20 stories unfolding in front of you, so how do you cover a battle royale? That's the biggest problem, how do you cover it? What's the best way to cover it? So as we worked towards Multiview, [we realised] this is it, this is how to do it. This is how to give people the stories they want to hear.”

Reed is a visionary. While I tried to steer our video call towards the innovations that Multiview added to the ALGS Playoffs, she couldn’t help but prophesise about the future, about her dreams for ALGS broadcasts, and about technology that might not have even been invented yet. It’s hard not to get sucked into her passion and excitement about innovating battle royale esports. Still, I tried to keep things in the present at first.

“We've actually been working on the HUD for probably over a year, to refine it and make sure it's correct – because when it's correct, it adds to the tension, right? But if it's wrong, people are like what's going on with that? So we don't want to go there, we want to make sure everything is 100 percent good to go. We refined it over Split 1, we tested it, we made sure it was right. And we pulled it out for Playoffs.” 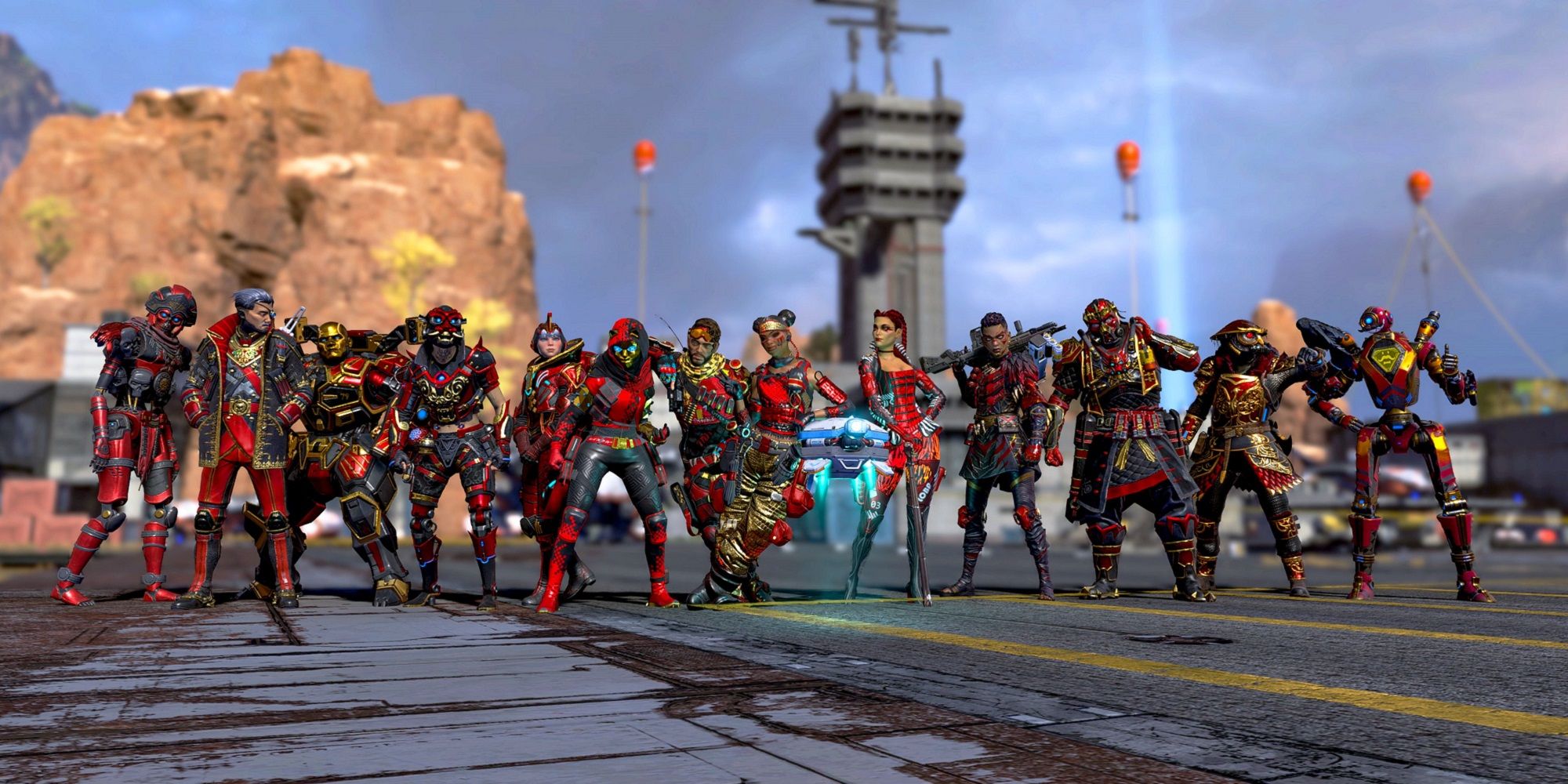 The ALGS Split 1 Playoffs were revolutionary for a number of reasons, including the debut of the new HUD showing player inventories. Many of the innovations were directly influenced by having a working API, which has only happened in the past nine months. This allows the ALGS producers to take information directly from the game – and it’s how they show us precisely how many meds teams have in their inventories. It has also improved the speed with which the casters get access to match results, something that took a few minutes in last year’s competition, but is now available almost immediately. As for the future of what she wants to use the API to implement, Reed’s ideas are practically infinite.

“We want to bring you things like more stats, more useful stats,” she explains. “We have all these tools, so what is the next step for integrating them? I would love to bring stats specific to a person’s stream on Multiview. And if you could sit there and toggle that on and off and say, ‘oh, I want to see who's dead who's alive. I want to see Hal's average damage this game. Actually, I want to see it for overall [in this tournament].’ If you can go and you can interact with it that way. That would be really cool to me.”

Reed reiterates, as she tends to do after every answer, that none of this is confirmed to be happening, but it’s on her ALGS wishlist: “Now, I want to be clear. I'm a visionary – that's not coming on March 3. I live in a bit of a dream world.”

You can’t help but get caught up in her excitement, and soon we were wishlisting various on-screen statistics that could be implemented. I wanted something similar to xG in football to tell me how often a certain team wins its fights from similar positions and to know how successful edge teams are when they have to cross the whole map for an endzone. She suggested statistics to show how two teams’ average damage statistics compare and more besides. The possibilities are endless, albeit a long way off after the HUD’s first outing. But with Reed’s vast experience – 15 years in sports broadcasting, ten in esports broadcasting, and being with the ALGS broadcast team since its inception – you feel that anything is possible. She’s a perfectionist, too, as is shown when I asked her how she felt Multiview’s first outing went.

“So allowing people to be like, ‘who are NEW Esports, who's that? Who are they?’ And be able to watch them and understand and see what this team is about. So from that perspective, I think it was really, really important. We definitely have a way to go, right, but that's my own personality speaking. I want to make sure you understand that because I always want more: bigger, better, different. I was talking about API in January 2020, before it was even coded, you know? So understand that that's me.”

With Multiview, the HUD, and the myriad possibilities for how they could interact, Reed understands that the core element is to tell a story in the battle royale. And to that end, she wants to see Multiview expand to all regions of ALGS competition, as was the plan if Playoffs had been a one-lobby LAN as intended.

“There's a lot of coordination behind the scenes that I think would help get it up and running in multiple regions,” says Reed. “There's only so many of us. We are all doing the absolute best to get it out there. And I think our first go into North America and EMEA was pretty successful. People love the map, they want to hear their teams, they want to hear what's going on, and that success will help get us to the next step for having these other regions on. You’ve got to start somewhere, it's just a matter of we started here. Where do we want to be? We want to be everywhere.”

She says that limited equipment and staffing also limited the number of regions they could implement Multiview to in its first outing, but wants to expand it for future online tournaments. Streams on other channels than the main broadcast should also be able to host the feature in future – at least at the moment Reed doesn’t see why it couldn’t be implemented elsewhere.

Reed’s main philosophy boils down to “more is more,” she tells me. More additions to Multiview, more HUD (although that can be optional or toggled, ideally), more players streaming their own POVs on their own channels, more everything.

“I'm here to cater to a need that potentially the Apex community didn't even know they had before,” she explains. “Now we've opened it up to you, and now you're like, ‘I want to see every game.’ My dream would be to bring this to any tournament, not just ALGS – every tournament. You want to hang out with your friends and play a game? Let's do it. Let's stream that tournament and let's do it Multiview and we’ll make a spectacle of it.

“That's my dream. But the reality is, these things cost, these things have infrastructure issues, physical constraints. So there are pieces that the technology can help us with and we just need to figure out how to code it. I feel like there’s a coder for everything, someone will crack it.” 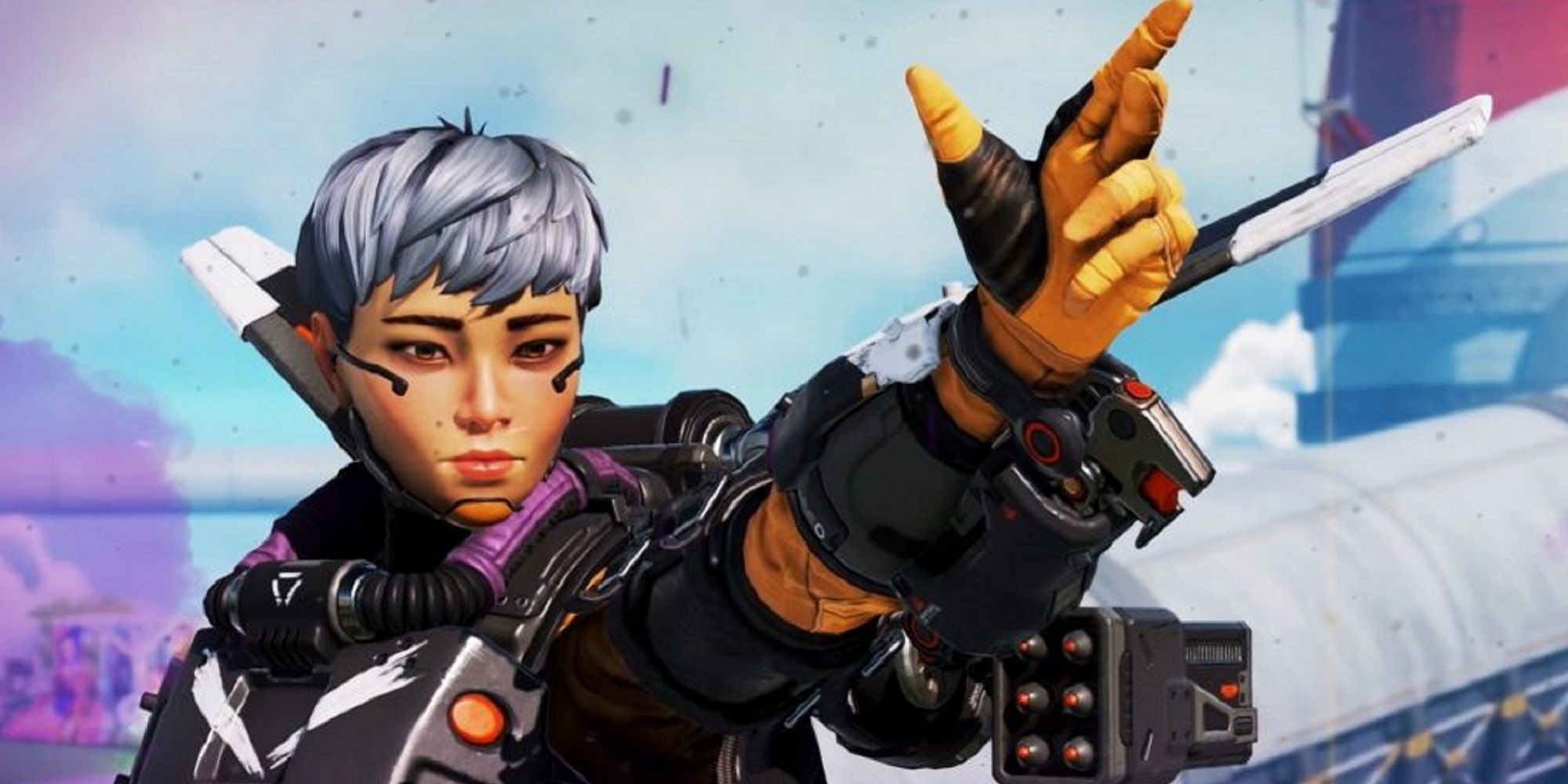 As has been a recurring theme with this interview, Reed dreams big. Who knows if the ALGS – or wider Apex Legends competitions at any level – can achieve these dreams, but Reed will try her hardest to make it happen. Viewers were understandably excited when Multiview was announced, and it was implemented near-flawlessly. But Reed wants more, and therefore the future of Apex Legends esports looks bright.

“Maybe it's not possible because computers aren't fast enough or ping is not fast enough – I would love to see Multiview expanded across all regions, which we are working towards. We're hoping to bring that to every region. We're hoping to give you more players – why only one from each team? Like, what are the options? What else can we give you? Can we give you, I don't know, what are the extra things that you would want to see and how we can serve those things to you?

“We're going through that process and figuring out what those things are, how to do that, and what our timelines are. This was one step into a very big space. This is my third Battle Royale, this is not new to me. I see the landscape and I can see where we're going.”