You are here:
Home / An Ode To Suvi, Mass Effect’s Most Underrated Romance

An Ode To Suvi, Mass Effect’s Most Underrated Romance

Everyone has their favorite romance in Mass Effect. As I found out when I suggested leaving Garrus and Tali alone so their romantic subplot would be fulfilled, many of you favour mandibles and emergency induction ports. Personally, my headcanon romance is FemShep and Liara, although when I play Male Shep I always switch to Jack. I’ve previously dabbled with Traynor too, and in my Legendary Edition playthrough became a Thanemancer and finally understood why everyone was so upset that he was done dirty. I’m an experienced Mass Effect Casanova. But whenever anyone talks about Mass Effect romance, Andromeda is left out completely – and that means one of the series’ best love affairs is missed out completely: Suvi.

In fairness, in most conversations about Mass Effect, not just romance, Andromeda is missed out completely. It probably has the best gunplay in the series, certainly when you combine it with the much more reactive abilities you and your squad are equipped with, but people primarily play Mass Effect for the story, and Andromeda falls short in that area. Bugs at launch didn’t help it, nor did the lack of new species, but it replaced the complex themes of The Illusive Man and the Reapers for a big bad so generic that even after three playthroughs I still need to pause writing this paragraph to look up their name. Oh yeah, the Kett.

Related: Mass Effect's Ardat-Yakshi Are Gaming's Best, Most Tragic MonstersWhile the big picture writing is shallow by Mass Effect’s standards, the character writing is stellar. Several of the crew of the Tempest, Suvi included, can rival the Normandy’s rogues. Natalie Dormer is wasted in a bit part role, but a lot of the crew shine, and it’s a shame they’re left out of the conversation so often. 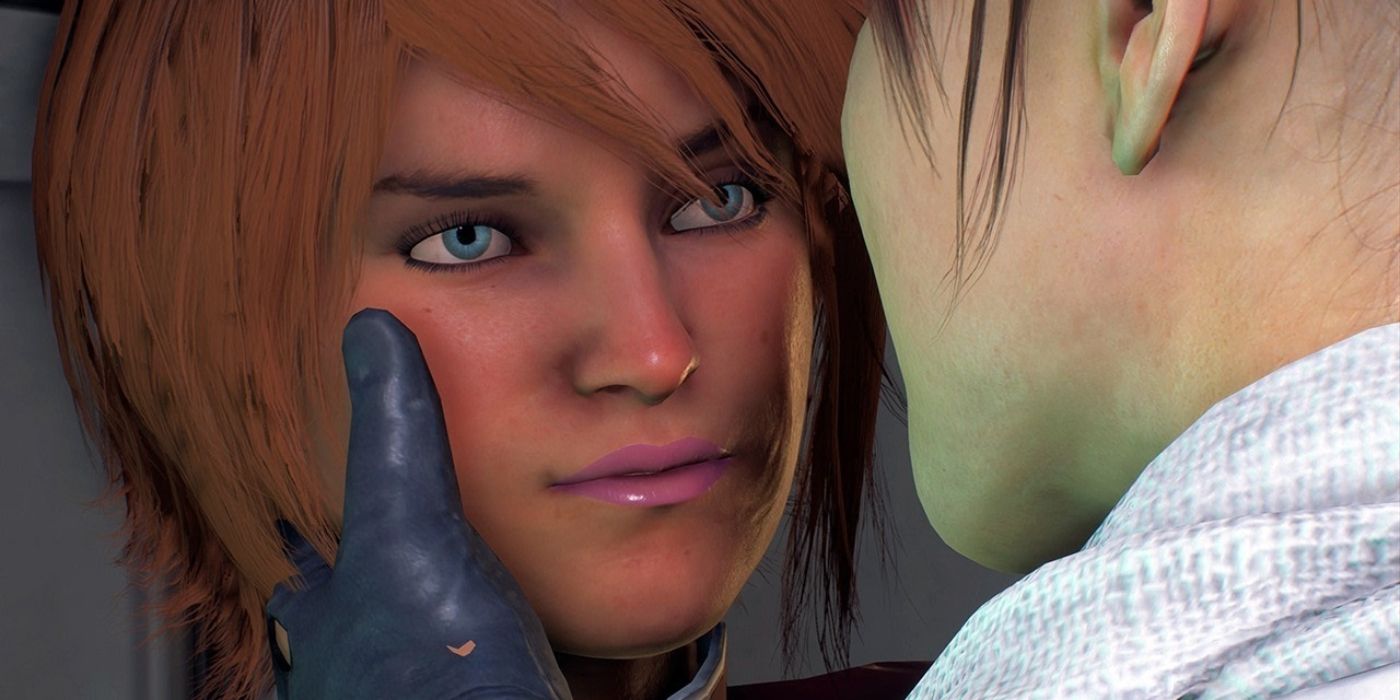 I played as the female Ryder (FemRyder sounds like a sex toy and is therefore not the prefered nomenclature), and with Andromeda being a bit more progressive, that gave me a lot of options. Liam, Jaal, Vetra, and Peebee can all be romanced as squadmates, plus Suvi of the other Tempest crew, and Avela, Keri, and Reyes of the supporting characters. Clearly a sucker for blue, in my first playthrough I let Peebee mount me like a FemRyder. It’s a good romance storyline, and one that gives you the option to duck out after a quick fling, but it feels like typical Mass Effect fare. In my third, I played the field, flirting with Avela, Keri, Reyes, and Vetra, before eventually settling on Jaal and feeling slightly underwhelmed. I think Jaal’s romance works best if you stick with him from the start and let the slow burn grow into something more, but that’s on me for being a little space slut, I guess.

Suvi though is something different. Peebee’s “I’m too adventurous for love!” schtick isn’t too dissimilar to Jack’s or Garrus’, though all three of them are nuanced in different ways. It’s not that different from Miranda’s either, with neither looking to settle down. Meanwhile, Jaal’s slower, respectful love is reminiscent of Thane’s, Jacob’s (although who would know?), and in places Tali’s. Suvi’s is innocent, fresh, silly, and infectiously joyful. There are shades of Traynor’s, but since only a third of players play as FemShep and are typically too entrenched in their romances to wander in Mass Effect 3, Traynor’s is almost as overlooked as Suvi’s. Even then though, while there are shades of Traynor in Suvi, in Mass Effect Andromeda, that sense of joy is taken further. 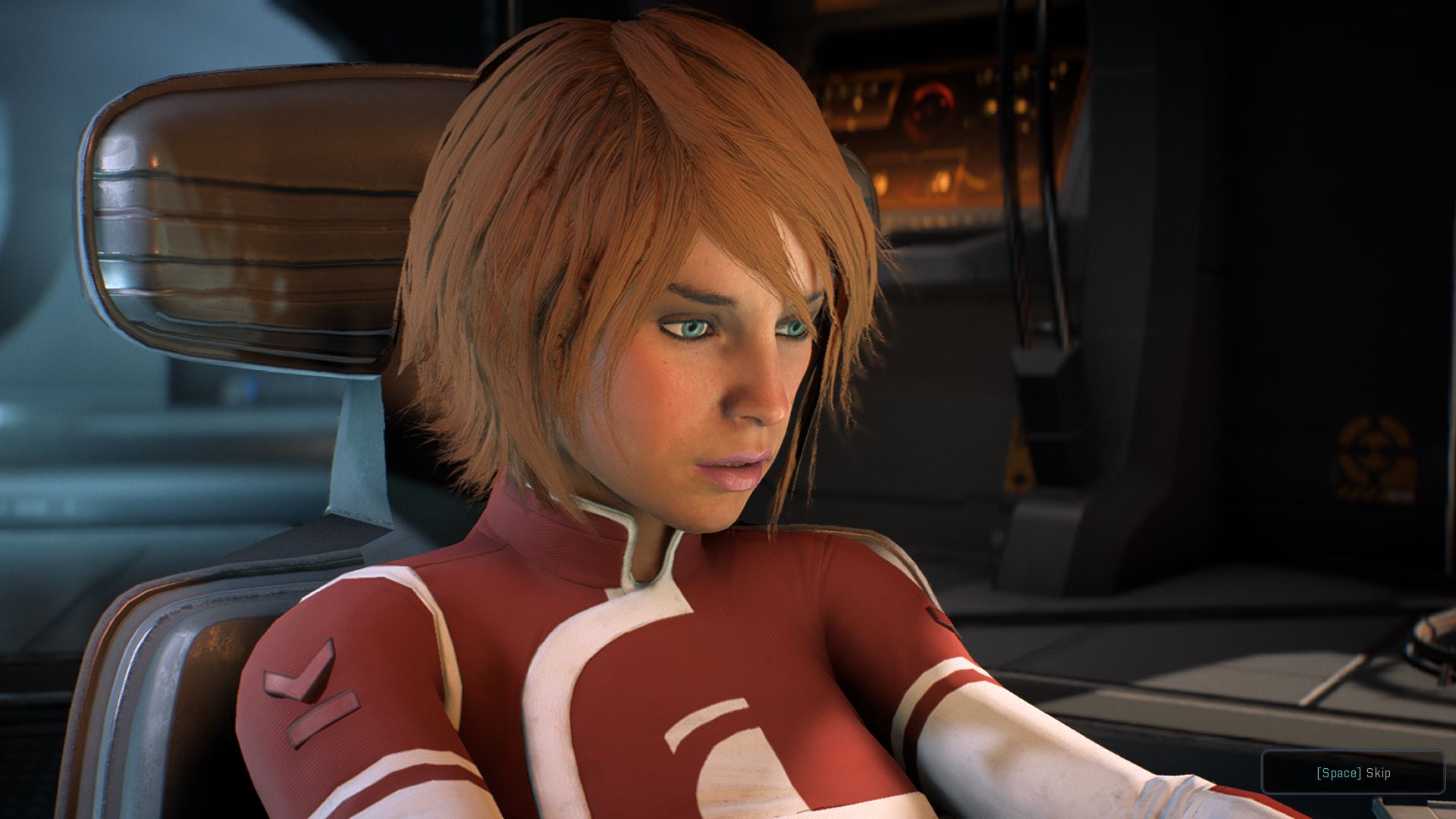 A lot of Mass Effect romances sell the passion of the thing. It’s understandable – you’re an intergalactic hero fighting to save the galaxy. When you bone, you bone for keeps. Even Traynor’s, sweet and playful as it is, culminates in a steamy embrace in the shower before the camera tastefully pans away.

Suvi's first love is not you – it's science. Much like pre-Shadow Broker Liara, Suvi is filled with a naive and endearing curiosity, and talking to her will frequently lead to ferociously dull – yet simultaneously incredibly charming – anecdotes about her discoveries. She also discloses that the best way to examine a rock first-hand is to lick it. Yes, she's a lesbian who enjoys using her tongue rather than her fingers, but despite the very obvious joke there, Mass Effect never makes it. Suvi is too pure for smut.

She's sweet and kind and nothing like any other Mass Effect romance. There are other characters who are sweet and kind, of course – Tali and Kaidan being the two obvious examples – but Tali's romance is wrapped up in the complexities of her race and her position in her fleet, while Kaidan's is buttoned up and lacks the freedom and fun that Suvi brings. She's funny, occasionally feisty, and always honest. My rock licking Scottish queen, you deserved better.

RELATED NEWS
GTA 5 Online Casino Chips Cooldown: How long do you have to wait to buy more?
Xenoblade Chronicles 3 is a fun Cockney-voiced Anime RPG brawler on Switch
Saints Row Preview – A Day In The Wilder West – Game Informer
Rebuild Your Childhood With This Incredible Lego Atari 2600
Recent Posts