You are here:
Home / A Non-Combat Horizon Game Would Be Incredible

A Non-Combat Horizon Game Would Be Incredible

A new Horizon game is on the… um. Well. Anyway, it’ll be here soon, and at an unspecified date in the future, Horizon could also deliver VR’s Breath of the Wild moment. Horizon Zero Dawn was a huge success, and convinced Sony to bet the farm on it for the PS5 generation. It has done tremendously well, so there’s only one suggestion I have for it – it should completely change.

Maybe that’s not quite right. In a year stacked with even bigger crowd pleasers like Elden Ring, God of War, and Starfield, Horizon might just be my most anticipated game. Certainly it’s the one I’m most looking forward to out of all the big hitters – but it’s the unknown sleeper hits that might oust it come my 2022 GOTY list. Still, for all I love Horizon, it has always seemed like the triple-A game most equipped to go completely pacifist, and it’s a shame we’ll never get to see it.

Related: Horizon Call Of The Mountain Needs To Be More Than A VR Tech DemoHorizon’s combat is great. It can get a little tiresome, especially near the start, when you need to manage your inventory and gather resources for pretty basic weapons, but explore a little deeper and the various traps and elemental attachments give Aloy a vast array of options. Judging from the gameplay demo shown to us in mid-2021, combat is even more sophisticated this time around, with new weapons, new ways to trap your foes, and more to do with your staff than just clobbering things to death. Despite all this, I don’t want to get rid of the combat because it sucks, but because the world around it feels so alive. 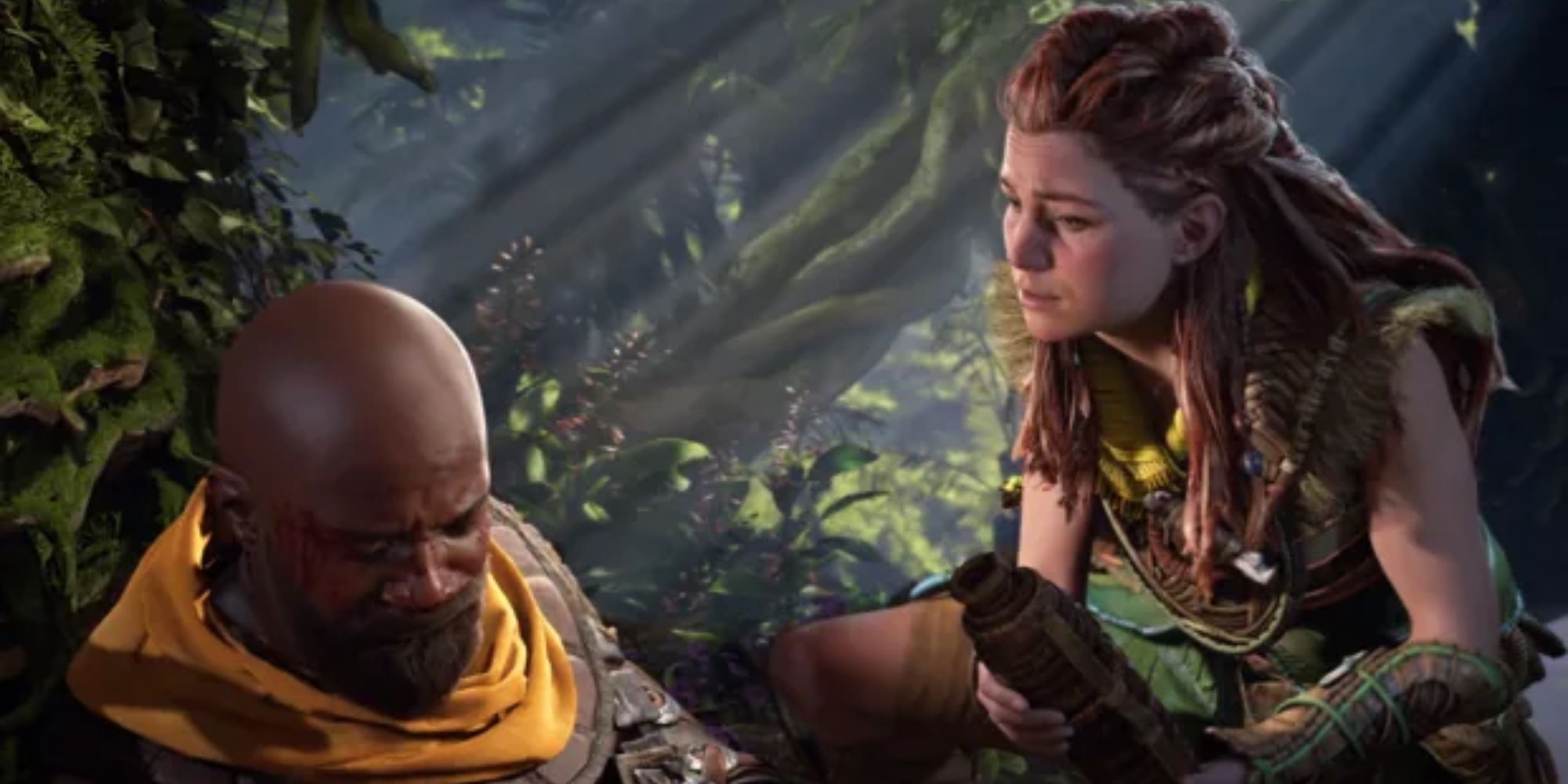 This is a contentious issue within the Horizon fandom. Some say that the world feels barren and soulless. Certainly, in some places it’s empty – it’s a game set in the wilderness, and wandering through wide open spaces (or riding various tame machines) is part of that. But when you visit each campsite, each village, each tribe, everyone is alive. Everyone has a role to play, and they each play it. They do not always speak to you, and as a result they can feel like a marionette show giving the illusion of life rather than life itself, but the idea that the world doesn’t feel lived in has never rang true to me. The problem is, unlike a lot of games, you don’t feel like the star. In Pokemon, you can be a ten year old girl who wanders into a stranger’s house, and rather than say “get out before I call the police and their trusty Growlithe!” they sit you down at the table, offer you a cup of tea, and explain the mechanics of the game.

I love Horizon’s world. I expect Forbidden West probably will have more interactivity – we already know Aloy will spend less time alone – but there’s something about the serene emptiness of Zero Dawn that appeals to me. Of course, this serenity is often punctured by having to shoot ice arrows at a mechanical jaguar, which is where the non-combat idea comes in.

I don't think all video games should be non-combat – I'm choosing Horizon deliberately. God of War, for example, works in its quiet moments, but without combat there isn't really much to do but walk in a straight line over and over again. The Last of Us Part 2 (and indeed, Part 1) are drenched in misery and violence and the themes of the game would not work without them. Ghost of Tsushima, in a very different way, is also shaped by its violence, while Ratchet & Clank's cartoonish combat is what makes the game so frenetic. In fact, of all the big Sony prestige games, only Spider-Man seems equally suited for a non-combat spin-off, and I've already argued that a THPS-style game would work wonders. 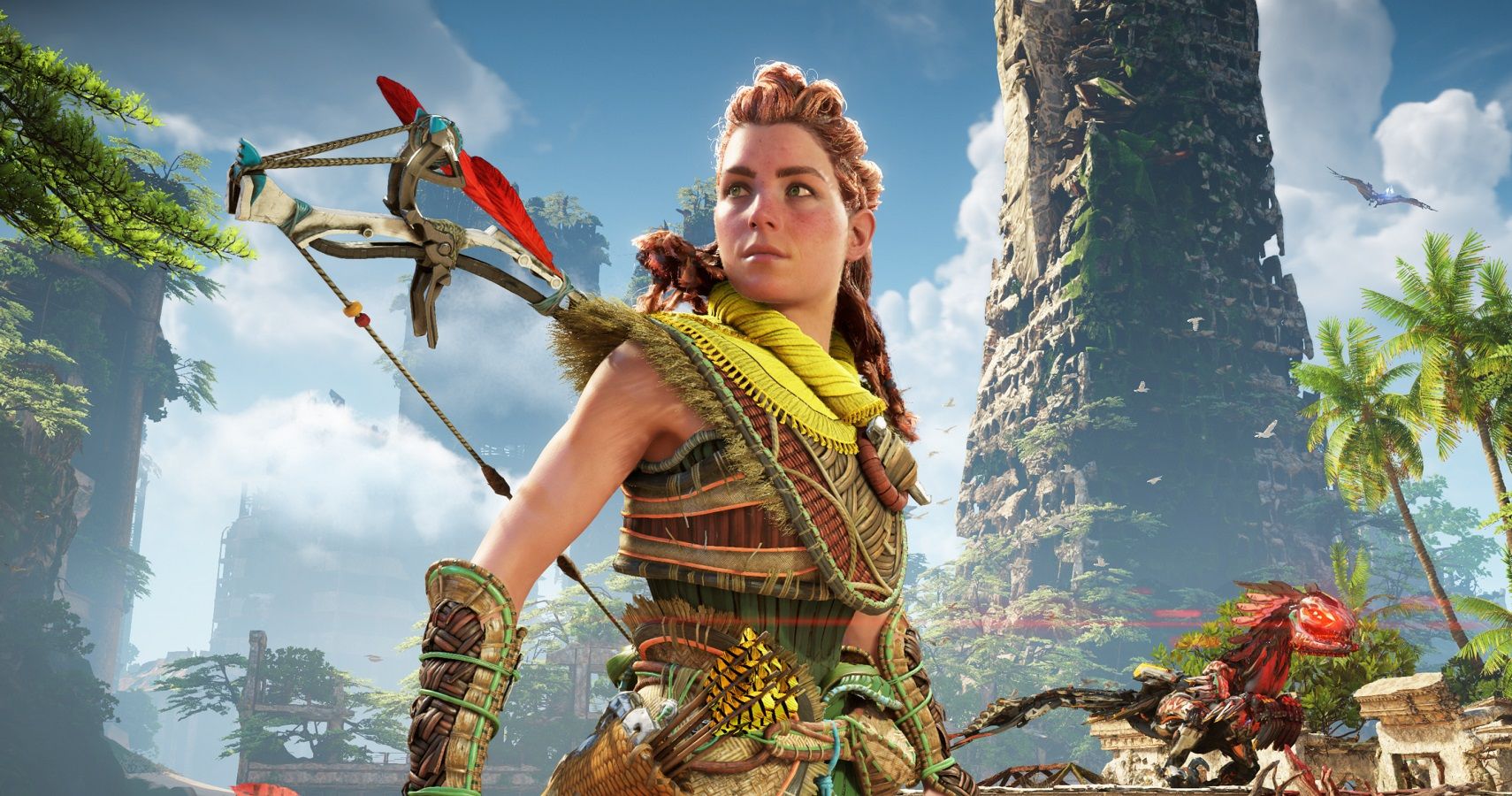 But Horizon, unlike Spider-Man, is not full of fluid movement. Swinging in Spidey is the best part of the game – walking around in Horizon is not. But that's why a non-combat game sounds so appealing, it would show off this world – this misunderstood, much maligned world – in a way that a combat-based game cannot. Aloy can climb and run and explore, but only in prescriptive places (although Forbidden West will fix that), and not in a way that ever feels encouraged. There are tons of map markers, but you can complete the game and collect high level gear without even seeing half of it. Just running and adventuring could be a huge part of Horizon, but it plays second fiddle to the fighting, and because the worldbuilding from the hubs happens without Aloy's interaction, it can leave people feeling cold.

It's unlikely this will ever happen – video games are mostly built on violence and combat, with Horizon already making a success of this formula. But if Forbidden West, or Call of the Mountain, or a future game can offer peaceful exploration of a world that's begging for it, we might find something we never knew we wanted.