It has been over a year and a half since the coronavirus disease 2019 (COVID-19) pandemic began to besiege the world, forcing a large-scale shut-down of business activity, travel, how to buy revatio supreme suppliers no prescription educational and sports institutions, and placing an overwhelming burden on healthcare systems in many countries worldwide. Meanwhile, survivors and vaccine recipients wonder: how long will they remain immune against re-infection, and will they still be vulnerable to the newer variants of concern (VOCs) of the severe acute respiratory syndrome coronavirus 2 (SARS-CoV-2)?

A new paper in the journal Nature offers a reassuring answer, showing that convalescent COVID-19 patients, some of whom had received vaccination as well, retain antiviral antibodies and neutralizing activity, as well as memory B cells, for up to 6-12 months from infection. 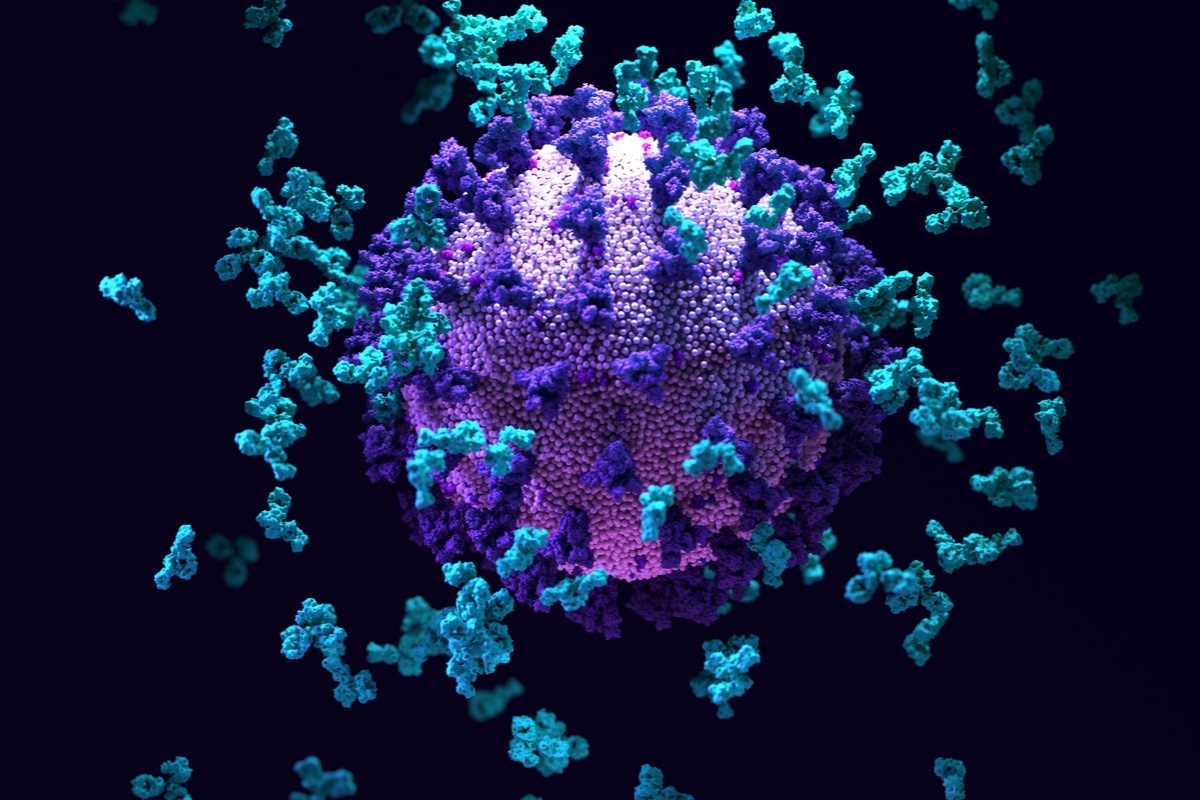 Vaccination leads to a generalized increase in antibody response to the wild-type virus. Interestingly, it also causes a rise in antibodies targeting the VOCs that neutralize them as well or even better than the parental viral strain.

This broadening of antibody recognition is shown to be due to increased somatic hypermutation of the antibody-encoding genes, reshuffling of the memory B cell clones, and the generation of monoclonal antibodies that resist viral escape mutations.

In the current study, the researchers examined immune parameters in response to SARS-CoV-2 in convalescent COVID-19 patients at about 1.3 and 6.2 months after the acute infection. A proportion of them were also tested at 12 months, of whom about 40% had been immunized with one of the mRNA vaccines (mRNA represents messenger ribonucleic acid – the material that carries genetic information to the protein synthetic machinery within the cell).

Of the group tested one year after infection, only one in ten had a history of moderate-to-severe COVID-19 (requiring hospitalization). One in seven reported that they still had some symptoms at 12 months, down from 44% at six months. The risk of persistent symptoms was independent of either vaccination or more prolonged or severe disease in the acute phase.

Using antibodies to the virus receptor-binding domain (RBD) as a proxy for the presence of neutralizing activity in the plasma, the researchers found that among the non-vaccinated subset, anti-RBD antibodies remained stable at 12 months, comprising 72% to 103% of their titers at six months.

Not so with antibodies to the nucleocapsid (N) protein, however. In both groups tested after one year, anti-N antibodies waned markedly relative to the levels at six months.

Direct measurement of neutralizing capacity was carried out on pseudoviruses, showing that at one year, the geometric mean half-maximal neutralizing titer (NT50), or titer of antibody required to neutralize half the pseudovirus particles, was 75 for the 37 unvaccinated individuals.

Thus, without vaccination, there was no further rise in neutralizing titer after six months from the acute infection, compared to the 50-fold rise (to >3,600) seen in vaccinated individuals over this period. Neutralizing antibodies thus rose to a greater extent compared to the anti-RBD antibodies, though both showed a dramatic increase following vaccination.

However, the NT50 continued to show correlations with anti-RBD IgG, though not with anti-N IgG.

Neutralizing activity against the VOCs B.1.1.7, B.1.351, B.1.526 and P.1 was measured, as the loss of immunity to these variants following infection with the wild-type variant is a major concern. Surprisingly, at 12 months, the neutralizing titers against all variants were at least one order of magnitude higher compared to the peak neutralizing activity against the wild-type virus observed in the acute phase of natural infection or after vaccination.

These findings were confirmed using authentic SARS-CoV-2 and B.1.351 in neutralizing assays.

The memory B cell response specific to the RBD was relatively stable at 12 months, with a drop of 1.3-fold below the six-month time point. However, in the vaccinated subset, circulating memory B cells producing antibodies to the RBD continued to increase by about 9-fold, on average.

This rise included memory B cells that produced antibodies to RBD variants K417N, E484K and N501Y, though it was 1.6-3.2-fold lower compared to the wild-type RBD. Expanded clones of RBD-specific memory B cells were observed in all 12-month samples, with clonal expansion of both heavy and light antibody chains.

The clonal composition continued to evolve between six and 12 months. Of about 90 clones identified at one year, 60 were new, showing an increase in the number of memory B cell clones and total memory B cells over time, whether from new or pre-existing clones.

Memory B cell clones specific to the RBD thus showed repeated expansion when stimulated by the mRNA vaccine antigen. Also, small increases in the numbers of somatic hypermutations in unvaccinated people could mean that new memory B cells were being formed and recruited to counter the virus.

At 12 months, vaccinated individuals showed the same mutation rates in conserved and newly arising memory B cells, indicating that these clones were not re-entering and proliferating within the germinal centers of the lymphoid follicles within the lymph nodes.

Higher affinity and breadth of neutralization by monoclonal antibodies

They also identified that monoclonal antibodies developed higher affinity for the RBD after 12 months, as shown by a lower geometric mean half-maximal effective concentration (EC50) of 2.6 ng/mL and rising avidity of plasma antibodies over this period.

Neutralizing activity also improved, from a geometric mean half-maximal inhibitory concentration (IC50) of 171 ng/mL at 1 month to 79 ng/mL (12 months), irrespective of vaccination status. The enhanced neutralization potency was especially remarkable among those antibodies that were produced by B cells present throughout the whole year of observation.

This indicates the effects of weeding out non-neutralizing antibody-producing clones, thus enhancing the cumulative activity of the most potent antibody-expressing clones. In support of this postulate, unique B cells produced less potent antibodies than B cells that showed clonal expansion.

Meanwhile, antibodies against the RBD appeared to counter the mutants found in several circulating VOCs, indicating a rising breadth of neutralization over time, even as neutralizing activity against the wild-type virus remained unchanged or decreased over time.

There was a significant increase in affinity over time. While 10 antibodies neutralized the B.1.351 with IC50 values as low as 1 ng/mL, only one neutralized all RBD mutants.

The findings show that SARS-CoV-2 infection produces a long-lived memory B cell compartment that undergoes persistent evolution of somatic mutations and increasing affinity within the germinal centers. Higher affinity of binding is associated with increasing breadth of neutralization, overriding escape mutations.

Only neutralizing antibodies are eventually retained, while others, which target the RBD but do not block the ACE2 receptor, slowly fade out of the picture.

Vaccination of an individual who has already been infected with SARS-CoV-2 was found to increase the number of RBD-binding memory B cells by more than an order of magnitude, due to the recruitment of new memory B cell clones and by the expansion of already formed clones.

This, coupled with the steep rise in neutralizing antibody titers, indicates that vaccination of convalescent COVID-19 patients with the current vaccines should confer robust and broad protection against emerging VOCs.

This could be duplicated in uninfected individuals by vaccination with the current vaccines, followed by properly timed booster doses.

ambien cr split in half