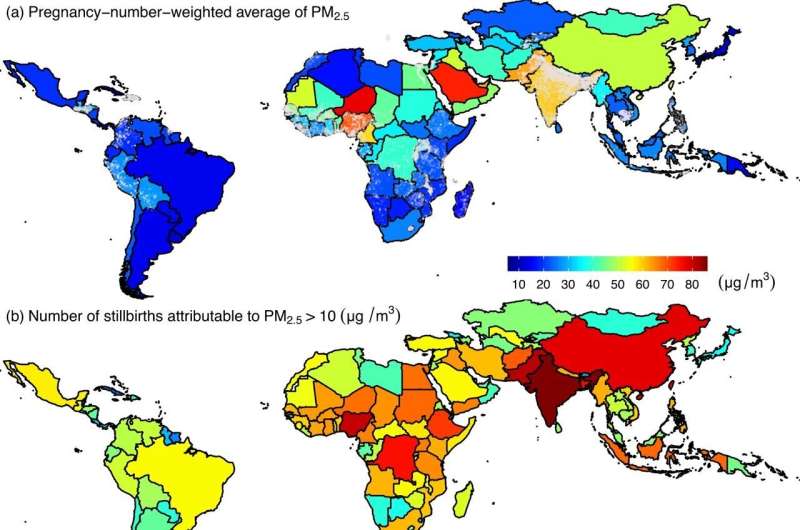 A team of researchers affiliated with multiple institutions in China, working with one colleague in the U.S., has found a link between air pollution and rates of stillborn babies, most particularly in poorer countries. In their study published in the journal Nature Communications, the group cross-referenced data from the Department of Health Surveys run by USAID to learn more about this connection.

Stillborn babies die shortly before or during birth after making it almost all the way through the pregnancy process. Prior research has suggested that approximately 2 million stillborn pregnancies occur around the world each year, primarily in poor, undeveloped countries. And most stillborn births are due to abnormalities in the fetus, complications during labor, problems with the placenta or health problems with the mother. In this new effort, the researchers suspected that air pollution may also play a role, which could explain why so many more stillborn births happen in the third world.

The researchers suggest their work can be used in a positive way. Knowing that breathing polluted air can increase the risk of stillbirth, expectant mothers can take steps to reduce the risk. They can wear N95 masks when going outdoors, for example, and if possible, avoid going outside at all on particularly bad days and/or use air purifiers indoors.