Gracie was so fearful that rescuers had to trap her. They took her to the Humane Society of Cedar Creek Lake (HSCCL), a small, non-profit organization serving the area.

Starved and skinny, Gracie suffered from a severe case of demodectic mange, a skin infection caused by parasitic mites that live in the hair follicles of dogs. 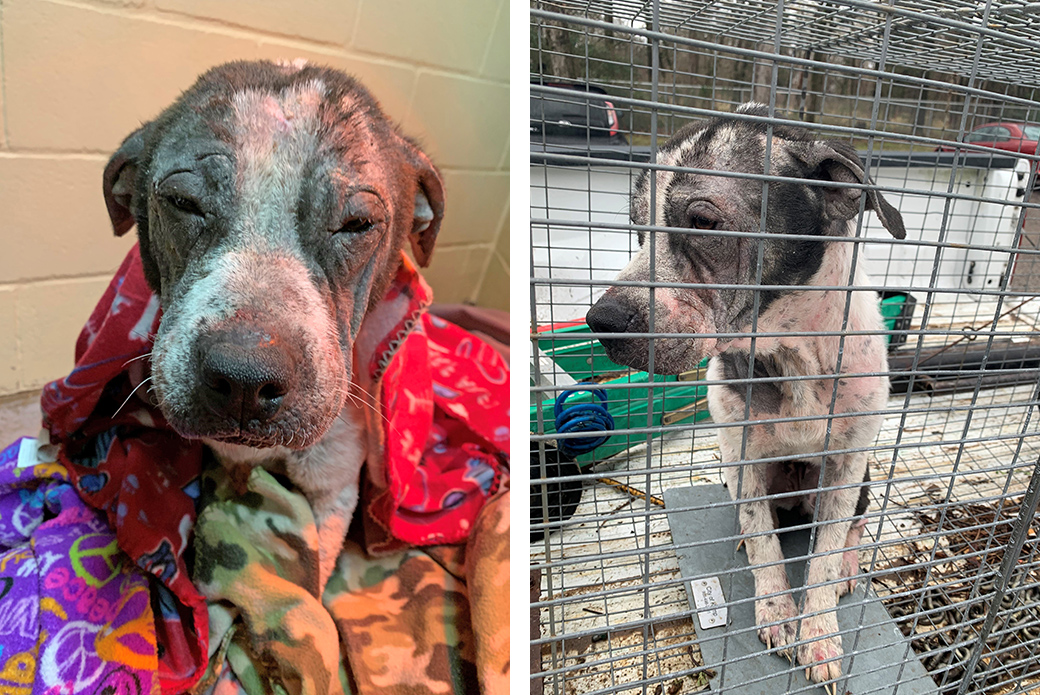 “The mange was so extensive that her eyes were swollen shut,” says Monika Allen, a former Humane Society volunteer and Board member who currently serves as interim director.

That same day, Diane Holsan, a Dallas resident, stopped by the shelter to donate a much-needed washer and dryer. She got a glimpse of Gracie, who had arrived just 30 minutes earlier.

“She couldn’t stop thinking about Gracie and wanted to foster her,” Monika says. “We were so grateful. We have so many animals who need foster homes right now. We need the community’s support. We need more people like Diane.”

“Gracie’s situation was heartbreaking,” says Diane. “Somewhere along the way, humans had let her down. I thought she deserved a chance.”

After taking Gracie in as a foster, Diane took Gracie to her veterinarian, who noted untreated injuries on Gracie’s back legs, possibly from being hit by a car. The veterinarian also thought Gracie might have been used multiple times for breeding purposes. Gracie was prescribed twice-weekly medicated baths to treat the mange and antibiotics to treat intestinal parasites and an ear infection. Diane fed Gracie high-calorie food with extra vitamins until she gained a healthier weight. 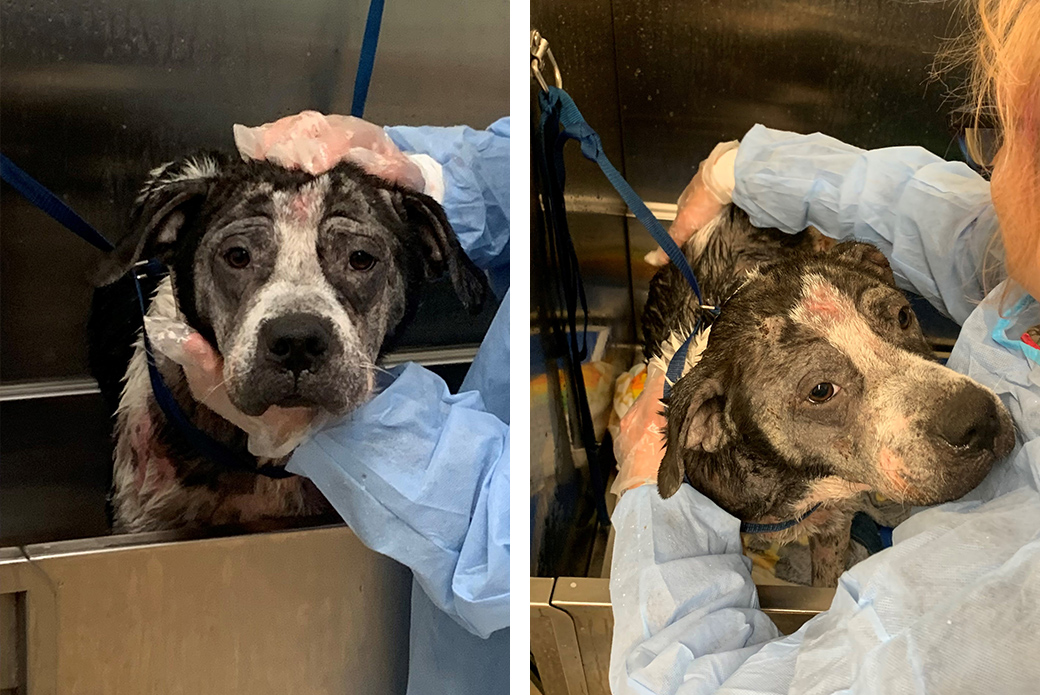 Diane and her husband John are no strangers to caring for animals —they already have three dogs, a cat and a rescued horse.

“I never thought I could foster,” says Diane. “But we’ve had her for over a month, and she’s learned how to be a dog again—running, playing with toys, rolling in the grass. She was so sick for so long, but she never soiled her crate, never cried. She’s a little angel, a gentle soul. And now she has a chance.”

Addressing Challenges at the Shelter

Gracie’s severe medical issues were a challenge for HSCCL, which also contends regularly with high intake numbers, leading to disease outbreaks and high staff turnover. Two of their dogs gave birth to 15 puppies in the last week, while 15 other eight-week-old puppies eagerly await new homes.

“I saw no option for us to continue operating,” says Monika, whose relationship with the ASPCA Animal Relocation and Placement team prompted her to contact the ASPCA for help.

Within two days of Monika’s call, the ASPCA National Field Response team sent a team of responders with shelter and medical expertise to provide crucial support.

“All the stars aligned, and the ASPCA provided the miracle we needed to continue,” Monika says.

When ASPCA responders arrived on March 28, they counted 120 animals in the shelter. Over the next 10 days, the population swelled to 172.

“We were over capacity, without a foster program. With way more animals coming in than being adopted, that’s not sustainable,” says Monika. “At the most, we should have 51 dogs and 20 cats.”

“Our goal was to ensure the animals received the best care possible and to create consistency in the Humane Society’s processes,” says Aileen.

“Having too many animals led to a lot of illness in the shelter; at one point, 80 percent of our animals were being treated for upper respiratory infections,” says Monika. “Thanks to the ASPCA, we’ve improved our cleaning protocols.” 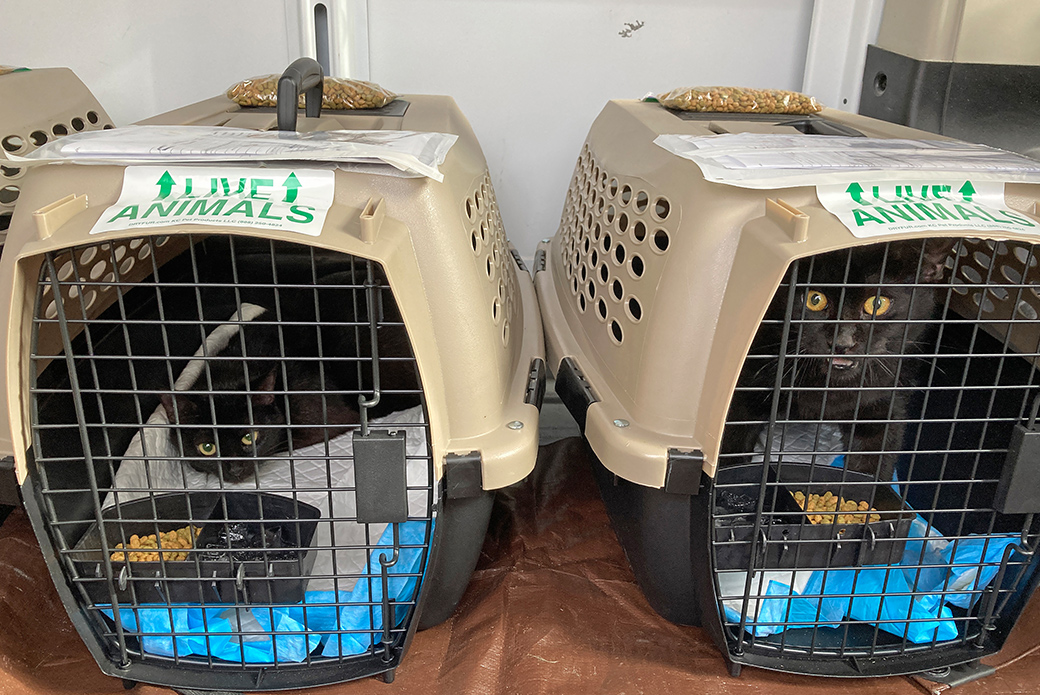 The ASPCA Animal Relocation and Placement and National Field Response teams tackled the overpopulation issue directly by transporting 52 animals out of the Humane Society to shelters in regions where they stand better chances of being adopted.

“Transporting these animals to other facilities allowed us to focus on new protocols and help animals who need training before being adopted,” says Monika.

Turning to the Community

The ASPCA team left Texas on April 10 after two weeks but will follow up to assess the Humane Society’s future needs and what resources they may need. 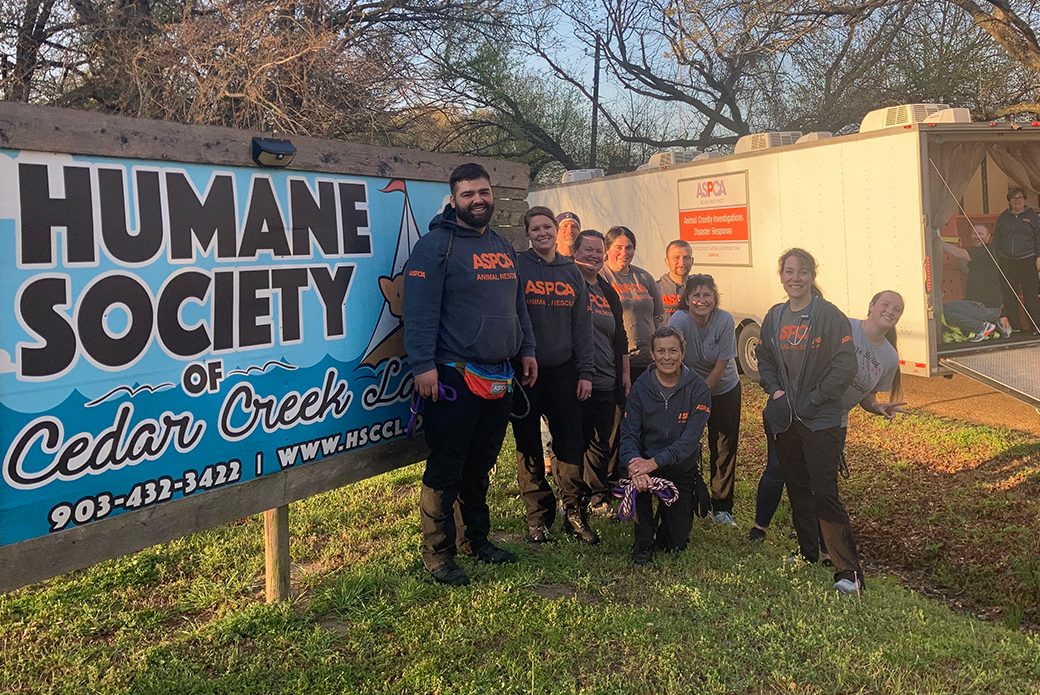 One thing they need right away is more people in the community to play a part by taking in animals, even temporarily.

“Shelters throughout Texas are at capacity,” says Monika. “We can only save these animals if we have fosters to help us make space for strays that local animal control brings us daily.”

At present, the Humane Society—with just 12 staff—has stopped taking in owner-surrendered animals so it can maintain a sustainable population. It urges people to keep their cats or dogs at home until space opens up or placement can be found elsewhere.

A Good Life for Gracie

Thanks to her foster caregiver, Gracie has a chance at a full life.

“It’s so gratifying to see the payoff of our hard work,” says Diane. “It’s like she knows we saved her.”

“We hope Gracie’s story helps promote the need for fosters in our community because it gives fosters a chance to personally change an animal’s life—like Gracie’s—for the better,” says Monika. 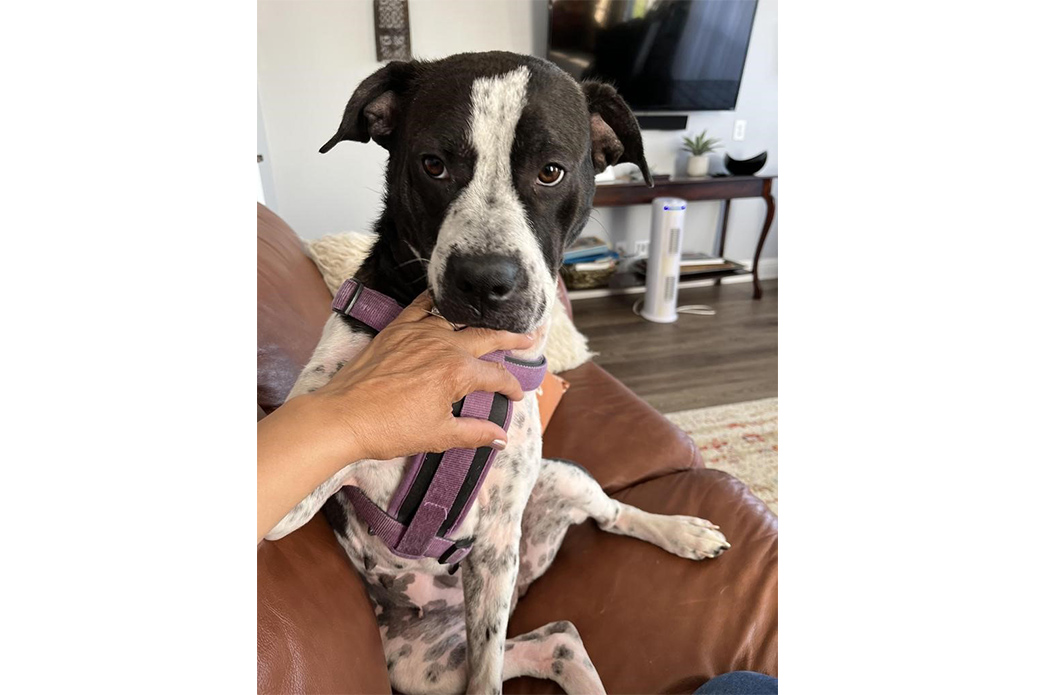 “It’s lovely to donate money, but it’s also good to have skin in the game and get your hands dirty,” Diane says. “It can mean blood, sweat and tears, but in the end, it’s worth it.”

“I never thought I could do it,” Diane adds. “It’s been such an eye-opener for me. I hope others find it in their hearts to foster because it makes a difference.”

For those interested in adopting or fostering an animal from HSCCL, please visit https://www.hsccl.org/fostering-application-form. HSCCL also encourages the public to support its operations through monetary donations in advance of East Texas Giving Day.