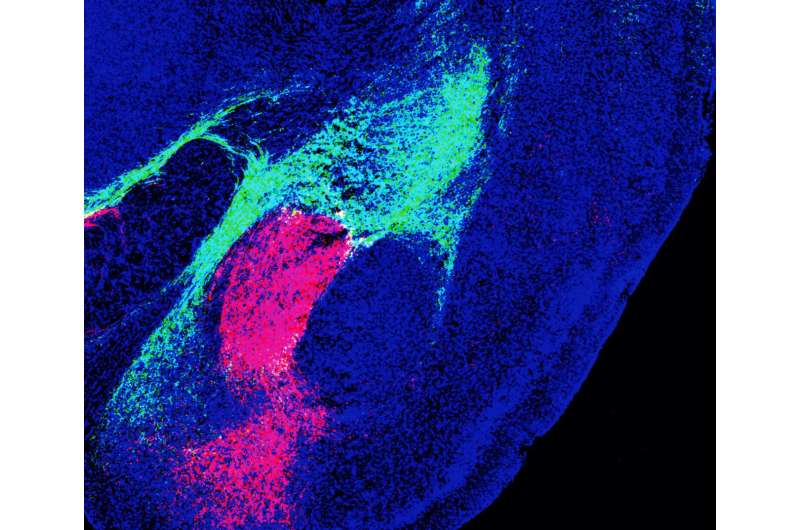 Salk scientists have uncovered a molecular pathway that distills threatening sights, sounds and smells into a single message: Be afraid. A molecule called CGRP enables neurons in two separate areas of the brain to bundle threatening sensory cues into a unified signal, tag it as negative and convey it to the amygdala, clozaril wikipedia which translates the signal into fear.

The research, published in Cell Reports on August 16, 2022, may lead to new therapies for fear-related disorders such as post-traumatic stress disorder (PTSD) or hypersensitivity disorders such as autism, migraines and fibromyalgia.

Most external threats involve multisensory cues, such as the heat, smoke and smell of a wildfire. Previous research showed that different pathways independently relay sound, sight, and touch threat cues to multiple brain areas. A single pathway that integrates all these cues would be beneficial to survival, but no one had ever found such a pathway.

Previous research also showed that the amygdala, which initiates behavioral responses and forms fear memories to environmental and emotional stimuli, receives heavy input from brain regions that are laden with a chemical associated with aversion, the neuropeptide CGRP (calcitonin gene-related peptide).

“Based on these two pools of research, we proposed that CGRP neurons, found especially in subregions of the thalamus and the brainstem, relay multisensory threat information to the amygdala,” says co-first author Shijia Liu, a graduate student in the Han lab. “These circuits may both generate appropriate behavioral responses and help form aversive memories of threat cues.”

The team conducted several experiments to test their hypotheses. They recorded CGRP neuron activity using single-cell calcium imaging while presenting mice with multisensory threat cues, enabling the researchers to pinpoint which sensory modality involved which sets of neurons. They determined the path the signals took after leaving the thalamus and brainstem using different colored fluorescent proteins. And they conducted behavioral tests to gauge memory and fear.

Taken together, their findings show that two distinct populations of CGRP neurons—one in the thalamus, one in the brainstem—project to nonoverlapping areas of the amygdala, forming two distinct circuits. Both populations encode threatening sights, sounds, smells, tastes and touches by communicating with local brain networks. Finally, they discovered that both circuits are necessary for forming aversive memories—the kind that tell you, “Stay away.”

“While mice were used in this study, the same brain regions also abundantly express CGRP in humans,” says Han, holder of the Pioneer Fund Developmental Chair. “This suggests that the circuits reported here may also be involved in threat perception-related psychiatric disorders.”

The authors hope to examine how CGRP signaling in these circuits mediates disorders involving multisensory stimuli processing abnormalities, such as migraines, PTSD and autism spectrum disorder.