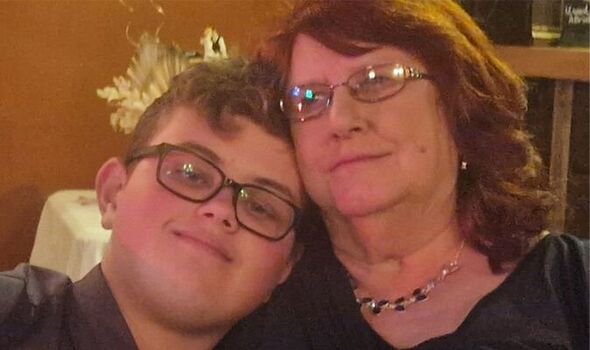 A 12-year-old has been praised for saving his nan’s life after spotting that she was having a stroke. Sam Dean noticed that Christine Boden was seriously unwell at his mum Cheryl’s birthday celebrations – and she is now recovering after being rushed to hospital.

According to StokeonTrent Live, Sam, of Goms Mill, Longton, alerted his mum when he saw that Christine was looking pale and confused and was starting to slur her words. While the 64-year-old has been left with weakness down one side and continues to have rehabilitation, the family believe that without Sam’s quick actions the situation could have been much worse.

The family are now backing the Stroke Association’s campaign to raise awareness of the life-saving FAST acronym – which stands for face, buy viagra coupon online arms, speech and time. The FAST test is designed to help people recognise the most common signs of stroke – facial weakness, arm weakness and speech problems – and if these symptoms are present, it’s time to call 999.

Research by the Stroke Association released for World Stroke Day this Saturday suggests that 63 per cent of teenagers in the West Midlands – and 60 per cent of their parents – are not aware of the FAST test. But Sam Dean has been doing his bit to raise awareness by speaking about strokes at a whole school assembly to more than 700 pupils.

Mum Cheryl said Sam, who was 12 at the time and is now 13, had saved his nan’s life. The 43-year-old, who also has a younger son, James, said: “We are so grateful that Sam noticed something bad was happening. Knowing his nan so well and spotting that she wasn’t herself saved her. This has totally rocked us as a family and we know it could have been much worse.

“In truth, I think Sam saved her life – all because he knew to get help. Sam, James and my mum are closer than ever now. She was adamant that she wanted to be the same nan she was before the stroke, so she tries her hardest, but the boys know she now has limitations.

“Sam and my mum are two peas in a pod, and it really affected him. He spends a lot of time with her still and he’s more cuddly and holds on to her longer than before.

“I am a huge advocate for teaching basic first aid in schools and that includes recognising the signs of stroke. I’ve always explained to Sam that stroke is like a house being on fire – the faster you put it out, the more rooms you save.

“He still doesn’t fully understand the enormity of what he did and how his quick actions saved more rooms in mum’s house fire from catching alight.”

This year’s World Stroke Day (Saturday, October) coincides with the 13th anniversary of the Act FAST campaign launch, which was originally developed by Public Health England (PHE). To mark this moment of the campaign becoming a teenager, the Stroke Association conducted a UK-wide survey of 1,000 teenagers (aged 13 to 19) with some survey questions also asked of their parents.

The survey found that 40 per cent of teenagers don’t know a stroke is a blood clot or bleed on the brain, and a third of parents were unable to correctly define what a stroke is. The average age when someone has a stroke is 76 years old but one in four stroke survivors is of working age – and around 400 children have a stroke in the UK every year.

Juliet Bouverie OBE, chief executive of the Stroke Association, said: “Stroke strikes every five minutes in the UK, killing tens of thousands of people and leaving thousands of stroke survivors with complex and severe disability. We’ve seen impressive results from previous Act FAST campaigns and these survey statistics show just how important it is that we continue to raise awareness of the symptoms of stroke, particularly amongst a younger audience.

“When so many know a stroke survivor, it’s worrying that so few know the signs or what to do if stroke strikes. Therefore, we urge the Government to continue to invest in the Act FAST campaign. We know from our survey that despite its debilitating and deadly consequences strokes are still largely misunderstood.”